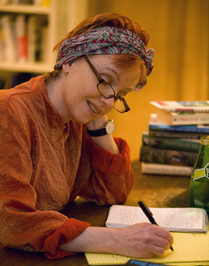 Rebecca Wells has inspired countless women like my cute mom who all these years later still gets together with her “Ya-Ya” friends (they also call themselves the Go-Go’s).  Rebecca herself missed most of the celebration around the success of The Divine Secrets of the Ya-Ya Sisterhood and the subsequent movie release.  “At this point she was falling down, and didn’t know why.  On the day of the premiere of the movie, she was in an MRI machine to rule out a brain tumor.  After years of misdiagnoses, she was finally diagnosed with chronic neurological Lyme disease, which she has battled for the last decade… Suddenly, Rebecca and Tom were dealing with caregivers, medicine charts, oxygen tanks and canes. Rebecca entered the country of the very very ill, and for a while did not know if she would return… No longer on oxygen, free from IV lines, out of the hyperbaric chambers, liberated from daily injections of antibiotics, Rebecca now leads a life in which Lyme is mostly managed.  She’s dancing again – in the kitchen, out in the yard, and in her books.” (from her website)

She’ll be speaking at the Southern Festival of Books on Friday, October 9th, from 1:00-2:00 pm in Room 16 at the Legislative Plaza.

Today, she’s answered a few questions for us – and you might be surprised by what she reveals.

On Bainbridge Island in Washington State every Saturday with the exception of the last three weeks in August is rainy.  What I like to do in that climate is leave town.  In most every other climate I like going to a matinee.

I cannot tell you.

Washing and drying towels is a sure-fire antidote to anxiety.  This is not a secret to those who know me.

On the first date I had after my divorce, I was sitting around a bonfire and a bug flew into my ear.  I asked my date to try to get it out.  He told me no problem, he had four kids.  I followed him to the bathroom and he looked into my ear with a flashlight and then put in a few drops of olive oil and I can’t remember exactly what happened next, but we had a good time together for a season.

Tell us something about yourself that no one else knows.

I lie too much.

Mercy came to me in the form of a ruby and white Cavalier King Charles spaniel.  So I named her Mercy.  She’s twelve now, deaf, and is unfailingly cheerful.   I did nothing to earn her love. She is a furry little god.  We are gods for each other. For by grace I am saved through this dog and through no act of my own.

I have been meaning to get one.  I’m going to get me one right now.

That you can catch things that will stay with you the rest of your life if you aren’t careful.

Being sick and alone. Getting fat.  Global warming, nuclear war.

I never worry about people attacking me.  I walk with Mercy at midnight.  Even though she is a small dog and I am a small woman, we don’t worry about a thing.  I sing early Elvis songs and Mercy is deaf and this works out fine.  Everything in life works out fine. 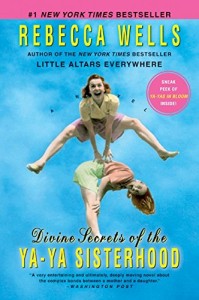 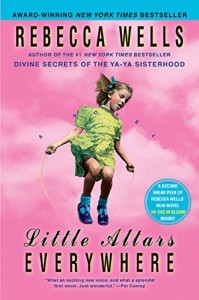 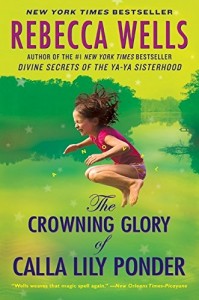 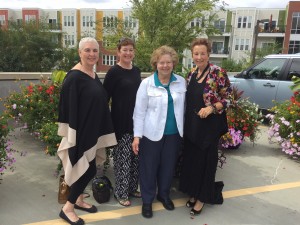 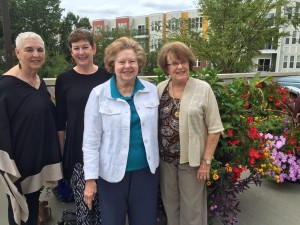 My mom Marion Herndon on the far right