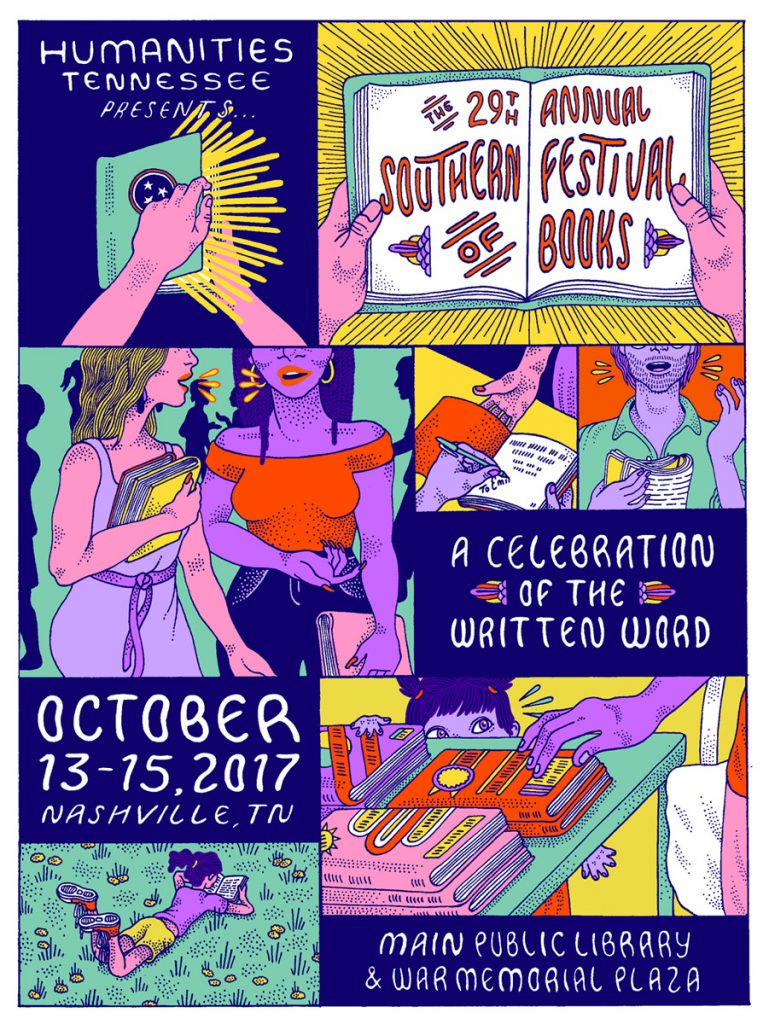 Nashville’s 29th Annual Southern Festival of Books roars to life this weekend – Friday October 13th to Sunday the 15th – with authors and booklovers converging on War Memorial Plaza (and the Library) in high spirits! Brand new this year: Humanities Tennessee partners with Watkins College of Art to bring Handmade & Bound, celebrating the art of handcrafted zines, artist books, and all things printed on paper. You’ll find Handmade & Bound in a tent at War Memorial Plaza throughout the Festival. You’ll find authors and readers drinking and carousing – I mean enjoying stimulating conversation – at Authors in the Round on Friday night and the Literary Death Match on Saturday night– come and enjoy! 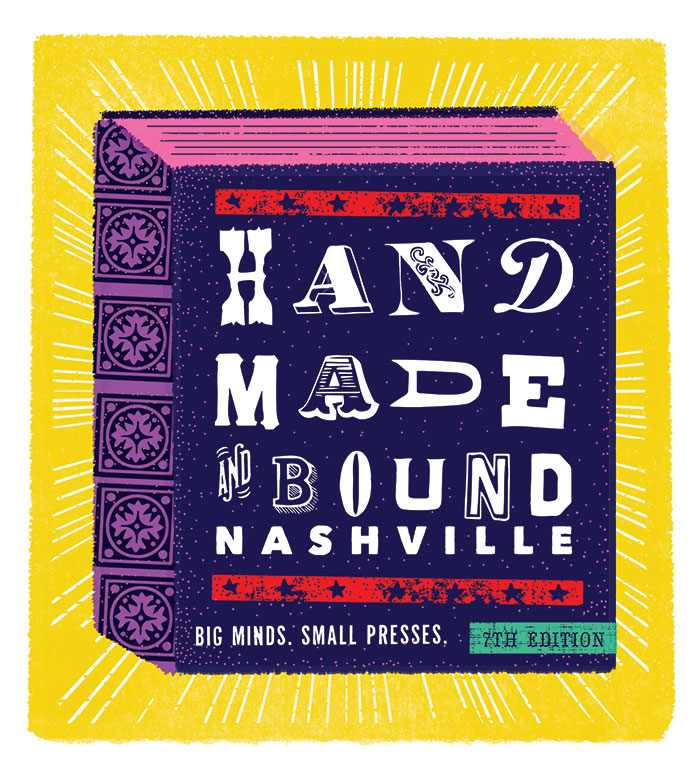 Today’s post features the ten authors I’m most excited about at this year’s Southern Festival (alphabetical order). Check out the list of all participating authors here. (You’ll have a different top 10 of course – please forgive me for missing your fave, and please feel free to school me in the comments!) 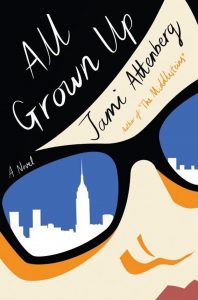 Jami Attenberg, All Grown Up

“From The New York Times best-selling author of The Middlesteins comes a wickedly funny novel about a thirty-nine-year-old single, childfree woman who defies convention as she seeks connection.”

Jami Attenberg is the New York Times bestselling author of five novels, including The Middlesteins and Saint Mazie. She has contributed essays about sex, urban life, and food to The New York Times Magazine, The Wall Street Journal, The Guardian, and Lenny Letter, among other publications. She divides her time between Brooklyn and New Orleans. 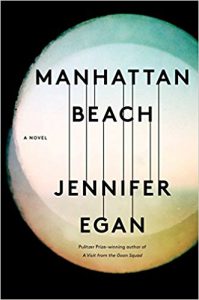 (Winner of Pulitzer Prize for A Visit from the Goon Squad)

“With the atmosphere of a noir thriller, Egan’s first historical novel follows Anna and Styles into a world populated by gangsters, sailors, divers, bankers, and union men. Manhattan Beach is a deft, dazzling, propulsive exploration of a transformative moment in the lives and identities of women and men, of America and the world.”

“Immensely satisfying… an old-fashioned page-turner, tweaked by this witty and sophisticated writer… she works a formidable kind of magic.” —Dwight Garner, The New York Times

Jennifer Egan is the author of five books of fiction, including A Visit from the Goon Squad, which won the Pulitzer Prize and National Books Critics Circle Award; The Keep, a national bestseller; the story collection Emerald City; Look at Me, a National Book Award Finalist; and The Invisible Circus, which was adapted into a major motion picture starring Cameron Diaz. She lives in Brooklyn with her husband and two sons. 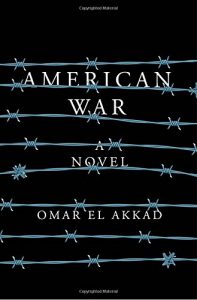 Omar El Akkad was born in Cairo, Egypt and grew up in Doha, Qatar until he moved to Canada with his family. He is an award-winning journalist and author who has traveled around the world to cover many of the most important news stories of the last decade. His reporting includes dispatches from the NATO-led war in Afghanistan, the military trials at Guantanamo Bay, the Arab Spring revolution in Egypt and the Black Lives Matter movement in Ferguson, Missouri. He lives in Portland, Oregon. 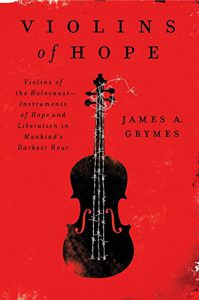 “A stirring testament to the strength of the human spirit and the power of music, Violins of Hope tells the remarkable stories of violins played by Jewish musicians during the Holocaust, and the Israeli violin maker dedicated to bringing these inspirational instruments back to life.”

James Grymes is an internationally respected musicologist and a critically acclaimed author. He is a professor of musicology at the University  of North Carolina at Charlotte. Grymes and violin restorer Avshi Weinstein speak about the Holocaust and the power of music with a brief performance by Nashville Symphony concertmaster Jun Iwasaki (violin) who will play one or more of the “Violins of Hope” and principal keyboardist Robert Marler (piano).” For more on other Nashville events surrounding the Violins of Hope, see www.violinsofhopenashville.org. 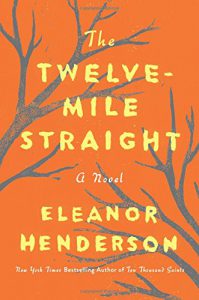 An Amazon Best Book of September 2017: Unflinching and immersive, The Twelve-Mile Straight is a panoramic portrait of 1930s Georgia, where poverty and violence collide with wealth and family – born and bred, white and black, rich and poor.

Eleanor Henderson was born in Greece, grew up in Florida, and attended Middlebury College and the University of Virginia. Her debut novel, Ten Thousand Saints, was named one of the 10 Best Books of 2011 by the New York Times and a finalist for the Award for First Fiction from the Los Angeles Times and was adapted into a film in 2015. An associate professor at Ithaca College, she lives in Ithaca, New York, with her husband and two sons. 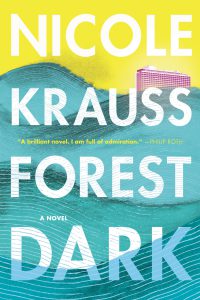 “The award-winning, New York Times bestselling author of The History of Love conjures an achingly beautiful and breathtakingly original novel about personal transformation that interweaves the stories of two disparate individuals – an older lawyer and a young novelist – whose transcendental search leads them to the same Israeli desert.”

Nicole Krauss is the internationally bestselling author of three novels: Man Walks Into a Room, a finalist for the Los Angeles Times Book of the Year; The History of Love, a New York Times bestseller and winner of the Saroyan Prize for International Literature; and Great House, a New York Times bestseller and finalist for the National Book Award. Her books have been translated into more than thirty-five languages. Krauss lives in New York. 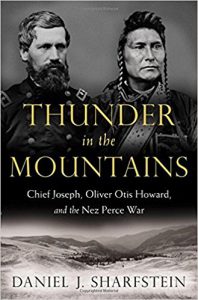 “The epic clash of two American legends – their brutal war and a battle of ideas that defined America after Reconstruction.”

Daniel Sharfstein is a professor of law and history at Vanderbilt University and a  2013 Guggenheim Fellow. His first book, The Invisible Line: A  Secret History of Race in America, received the J. Anthony Lukas Prize. He lives in Nashville. 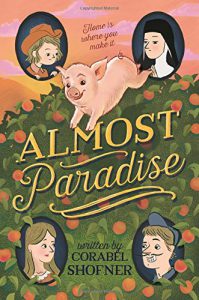 “A heartfelt debut about a spunky girl determined to save her family and find her way home.

Twelve-year-old Ruby Clyde Henderson’s life changes the day her mother’s boyfriend holds up a convenience store, and her mother is wrongly jailed for assisting with the crime.” 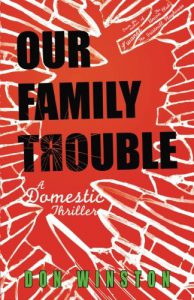 “A child in danger. A family in denial. A mother on the verge.

From the author of S’wanee, The Union Club, and The Gristmill Playhouse comes a parent’s unholiest nightmare. Set in Nashville and based on the legend of the Bell Witch.”

Don Winston grew up in Nashville and graduated from Princeton University. After a stint at Ralph Lauren headquarters in New York, he moved to Los Angeles to work in entertainment. He lives in Hollywood. 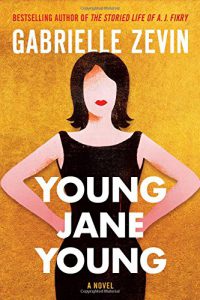 A variation on the Monica Lewinsky saga, “[t]his book will not only thoroughly entertain everyone who reads it; it is the most immaculate takedown of slut-shaming in literature or anywhere else. Cheers, and gratitude to the author.”  – Kirkus Reviews, starred review

Gabrielle Zevin is a New York Times bestselling author whose books have been translated into more than thirty languages. Her eighth novel, The Storied Life of A. J. Fikry, spent more than four months on the New York Times Bestseller list, reached #1 on the National Indie Bestseller list, and has been a bestseller all around the world. She has also written books for children and young adults, including the award-winning Elsewhere. 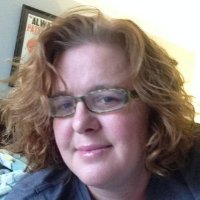 Festival director Serenity Gerbman is a genius of organization and patience. Thank her if you see her!