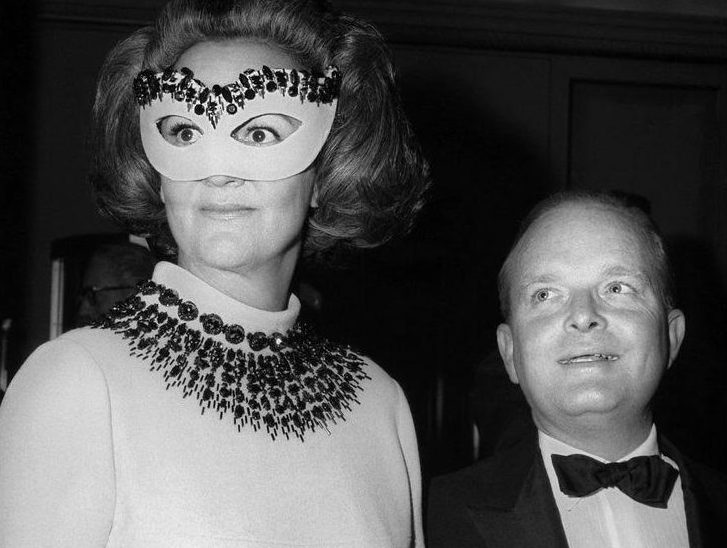 I appreciate my home, truly I do, but few things make me happier than staying in a hotel. You’ve maybe heard me rave about the Hampton Inn in Middletown, Delaware. I’m also excited to stay at a storied hotel in London to celebrate a milestone anniversary in a few weeks.

Author Don Winston (Our Family Trouble, The Gristmill Playhouse, The Union Club, S’wanee) stops in at Bacon today to regale us with tales from the most storied hotel ever – The Plaza. 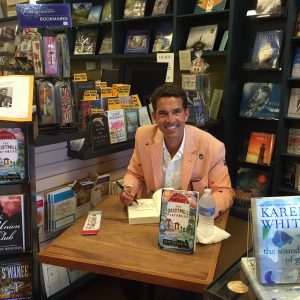 I’ve long been fascinated by hotels – their festive energy, backstage urgency, their stagecraft. Hotels are theater, with a fresh cast of guests every night. I learned this most explicitly many moons ago, when I was a night-shift room service waiter at New York’s hippest hotel, stories from which don’t belong on this site, or likely anywhere. But it was never dull.

During that time, I’d clock out in the wee hours and wander back to my little apartment tucked behind another, very different hotel: the Plaza. It was then, as it seemingly always had been, the jewel of Manhattan. Calm and stately, cushioned from frantic Fifth Avenue by the Grand Army Plaza and Pulitzer Fountain, she keeps to herself, holding her life within.

Journalist Julie Satow probes inside with her debut book, The Plaza: The Secret Life of America’s Most Famous Hotel. It’s more biography than history, as the Plaza has been New York’s ultimate temptress for over a century, seducing countless suitors and breaking myriad hearts. Wily and mercurial, no one can possess her for long. 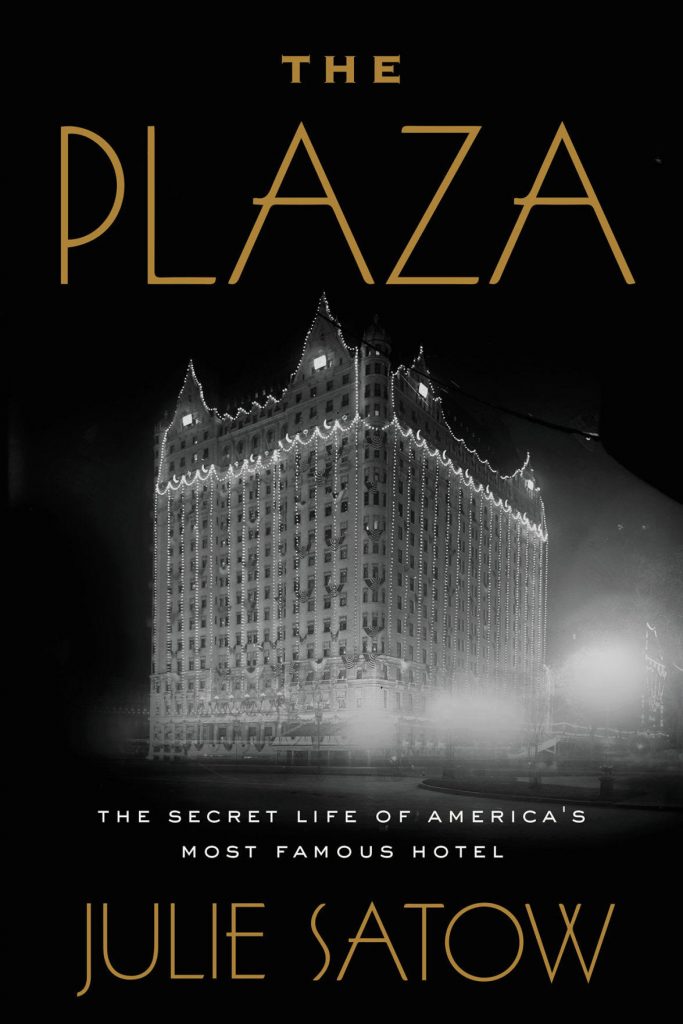 Through its longevity, the Plaza has achieved near-mythical status, immortalized in Fitzgerald’s The Great Gatsby, Neil Simon’s Plaza Suite, Hitchcock’s North by Northwest, and, less augustly, Home Alone 2. Afternoon tea in the Palm Court or drinks at the Oak Bar are practically patriotic mandates. Even today, travel surveys often rank the Plaza as America’s most beloved hotel (though I’d still vote for the Hermitage). 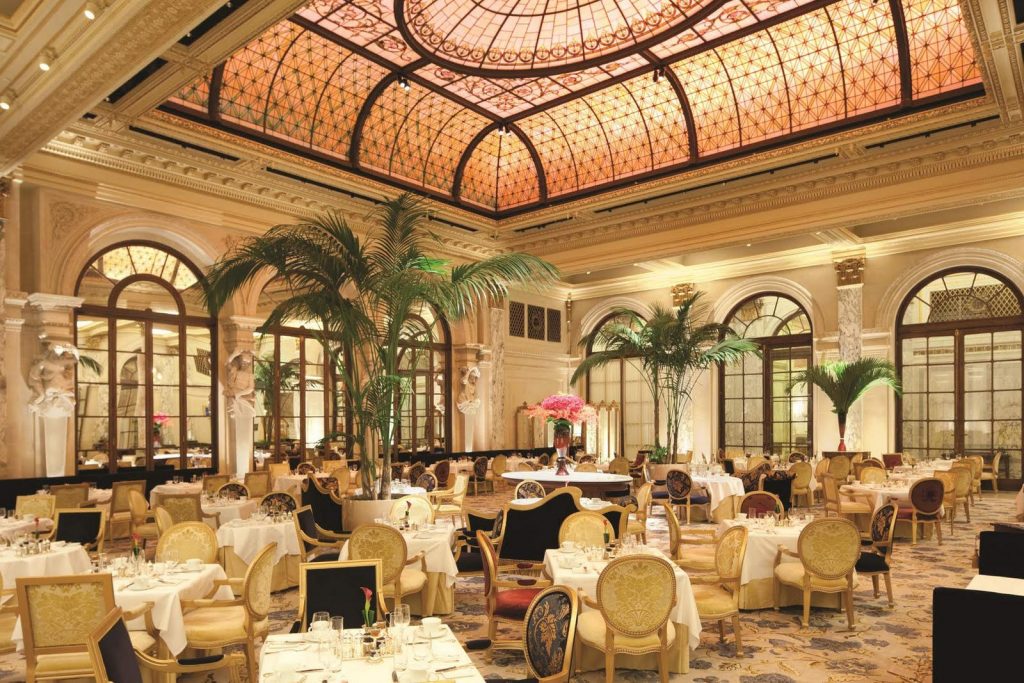 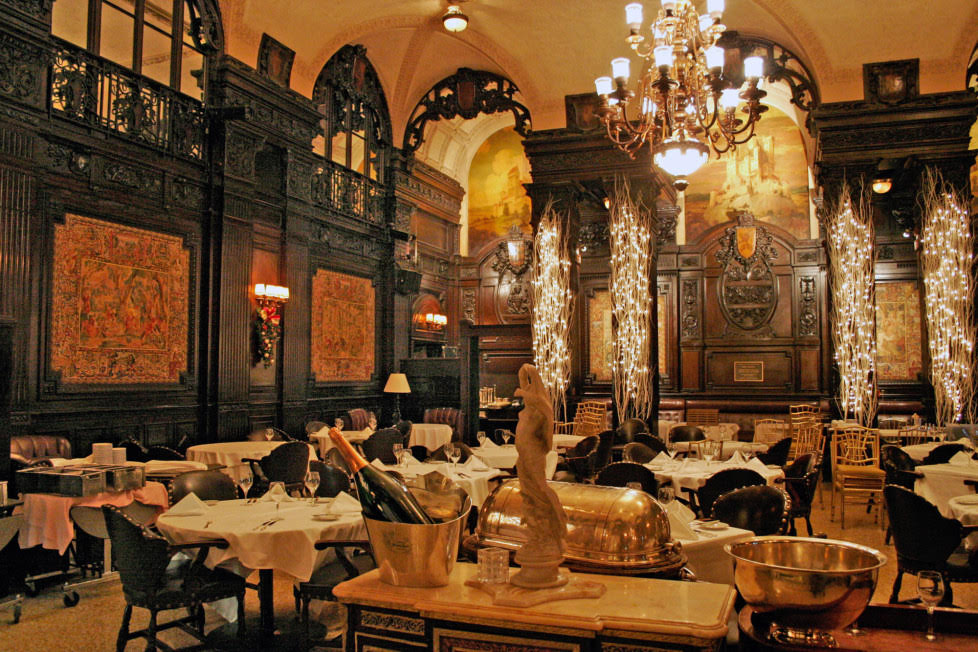 Built in 1907 at the physical midpoint of Manhattan, the Plaza became the instant hub of New York’s top-shelf. Alfred Gwynne Vanderbilt, one of the country’s richest men, insisted on being its first guest, leading the way for other captains of industry, international royalty, and the lower-tiered public that yearned for a glimpse. The hotel boasted an indoor ice rink, purified air, refrigerated storage for fur coats, even a dog-check room for its restaurants. Out front sat a brand-new curiosity: New York’s first taxicab stand.

Like much of New York, the Plaza roared through the ’20s, but the crash of 1929 sparked a new reality that would bedevil its legacy to this day: a constant churn of owners. The list becomes a blur, plagued by suicide, wars, and Zsa Zsa Gabor—not to mention bomb scares, armed robberies, and the occasional prostitution ring. The Plaza’s siren call traps one mogul after another, who learn the meaning of “high maintenance.” But through endless nips, tucks and full-on face lifts, the party keeps going.

An unexpected treat are accounts of the hotel’s long-term residents, an eccentric gaggle of wealthy dowagers, nicknamed the “39 widows.” Shelling out nearly $300,000 a year in today’s dollars, these Golden Girls reigned over the lobby and restaurants as self-appointed quality control and queens of mischief. One heiress from Kentucky invented what we now call the “cocktail party.” Another bought a lion cub from the Ringling Brothers and raised it in her suite. Yet a third, after a particularly testy exchange with management, relieved herself on the Palm Court rug.

Along the way, Satow fleshes out episodes that likely exist in your periphery: the sensation of Kay Thompson’s Eloise, the Beatles’ maiden voyage to the U.S., Truman Capote’s infamous Black and White Ball, later dubbed “the last great American party.” Among other things, you’ll learn that Thompson was high-octane but looney, the Fab Four polite and tidy, and Capote fame-hungry and cheap.

The saga grows most riveting when – trigger warning – a certain New York real estate tycoon enters the picture. From his tower office across the street, Donald Trump lusted for years to acquire his “Mona Lisa.” In 1988, he succeeded, and chaos followed, culminating in the hotel’s first and only bankruptcy four years later. Even then, Trump refused to relinquish his prize, battling creditors, spying on investors from a secret room, going so far as to summon fire trucks with a false alarm to disrupt a meeting of buyers. 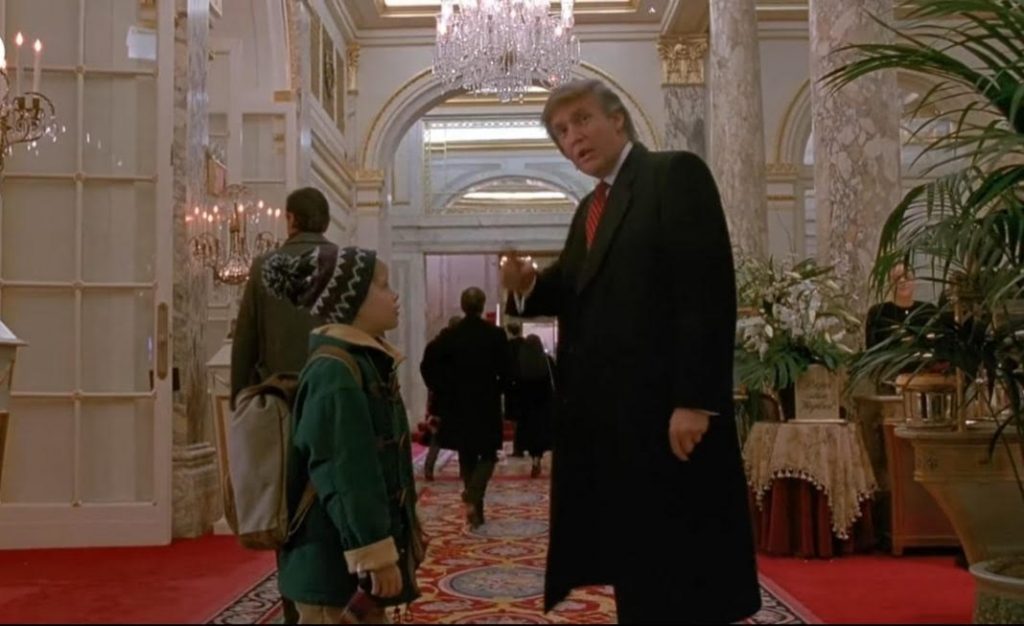 In the end, Trump was ousted, and a revolving door of international owners took over for the next ten years, winding up in the hands of an Israeli who forced the most radical makeover of all: converting the property into condos. Over citywide howls of outrage, in 2005 the Plaza Hotel became the Plaza Residences. It was, indeed, the end of an era.

Is any of this important? I’m not sure, but it’s fun and absorbing. The Plaza is a storied American institution worth knowing about, and Satow’s book is well-sourced and meticulously notated. For her, the Plaza’s history mirrors the nation’s cultural narrative, although that’s true of most everything. I enjoyed the book for exactly what it is. With deep family and personal ties – she was married there – Satow is respectful without being sentimental, and she writes with a tone more scholarly than trashy; you won’t need Purell after.

Today, the Plaza stands mostly dark, its condos largely owned by absentee investors from the shadowy to the shady. Gone is the Oak Room, although tea is still served in the Palm Court. The only other place to eat is the basement food hall. The fabled Edwardian Room, temporarily a dress shop, now sits vacant. A sliver of rooms facing a side street remains a boutique hotel, a concession to the unions, but it’s a witless endeavor. The Plaza seems in limbo. Unsettled and restless, one senses the current situation doesn’t suit her, that she’s plotting yet another change. She’ll let us know, in her own time. 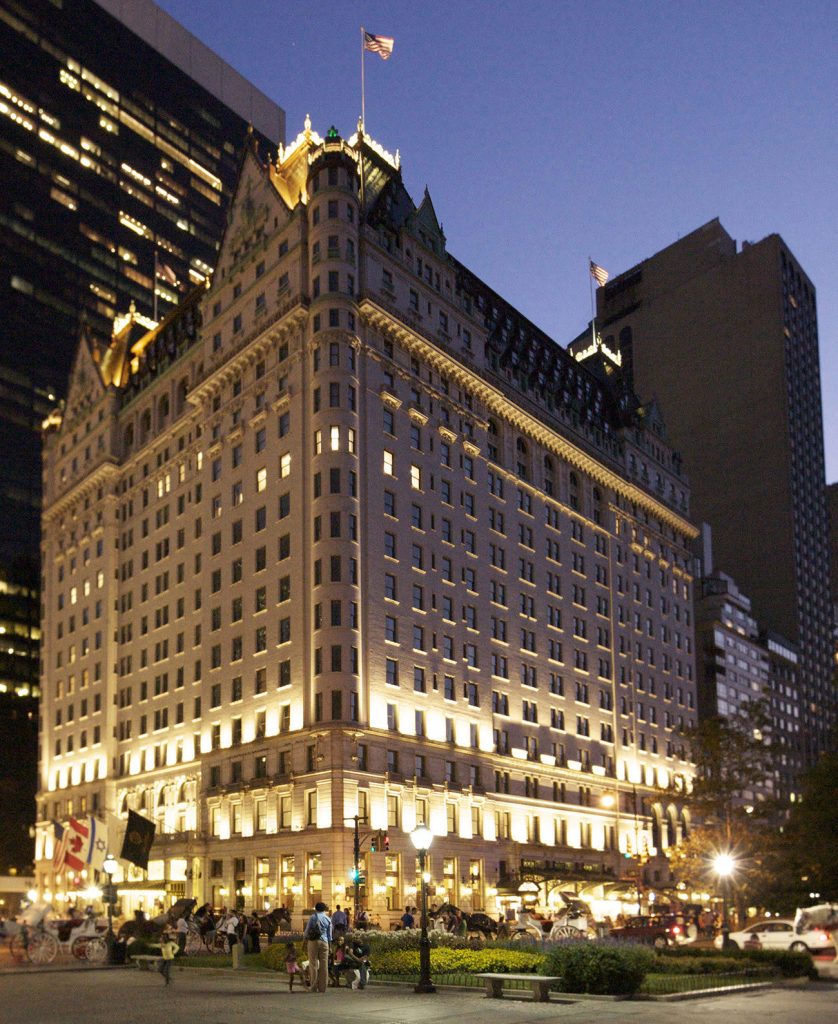 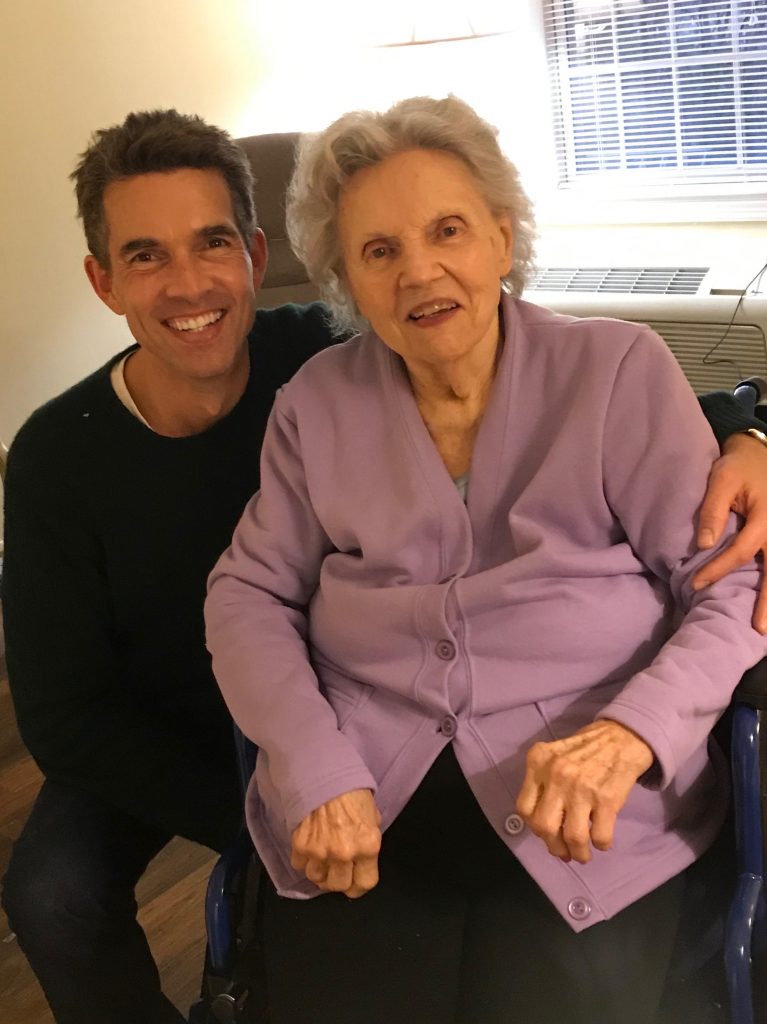 Don and his mother Sally