If you want to know a person, figure out what aggravates them.

For Sean Kinch? “My hips creak when I run, clever mice in our basement have learned how to avoid traps, Balzac wrote too many novels, and I have no memory whatsoever of the summer of 1990. None.”

I’m waiting for this book to be written, Sean!!

In the meanwhile, I’m so delighted for you to share your Top 10 of 2020 with us, plus some bonus suggestions…

But first, let’s catch up.

How are you doing? What is your current state of mind?

Moments of optimism and bonhomie followed by anxiety and unshakeable premonitions of doom. And then I find myself overcome by spontaneous feelings of happiness – stupid, uncontrollable, untraceabe happiness. Call it a character flaw. The two situations that most often correspond with these feelings are watching my children (my son on the soccer field, my daughter with her friends) and reading. Today I’ve been digging into a biography of Arthur Miller, by Martin Gottfried, and I’m instantaneously transported to 1949 and the premier of Death of a Salesman. I’m also listening to Rumaan Alam’s Leave the World Behind, which, if I’d read it a month earlier, would have made my top 10 for 2020. 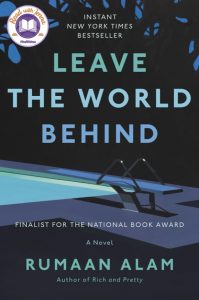 What’s the mood at Montgomery Bell Academy (where you teach)?

In addition to struggling with the pandemic and national unrest, our campus suffered a personal tragedy when the older brother of an MBA senior died in an accident. Communities like ours are fortunate to have support systems (advisors, counselors, teachers) to help students make sense of life-altering calamities, but for the past two weeks the faculty has been at a loss. Honestly, our students have taken the lead, offering comfort to the grieving family and supporting one another. In honor of the Martin Luther King, Jr. Holiday, our MLK Society inducted new members who have dedicated themselves to the principles of equality and non-violence – both halves of that equation are critical. There’s hope, I found myself thinking, as long as we don’t succumb to cynicism or fatalism.

What are your most successful coping strategies in the time of corona? When do they fail you?

I’ve swerved from one extreme to the other: times of super-healthy self-improvement (running! healthy meals! family time!) to pathetic self-absorption, wasting countless hours flipping among news channels or doom-scrolling social media. I work well when I follow well-defined routines with clear targets: how many miles of running per week? How many pages of reading per day? In December, I finished Samuel Richardson’s Clarissa (1500 pages, the longest novel in the English canon; it’s a monster) by reading 50 pages a day, no excuses – I reached my quota even on Christmas Day. Having clear projects such as that improves my time management, so that I can still carve out hours to watch The Bachelor with my 13-year-old daughter. 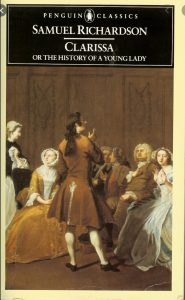 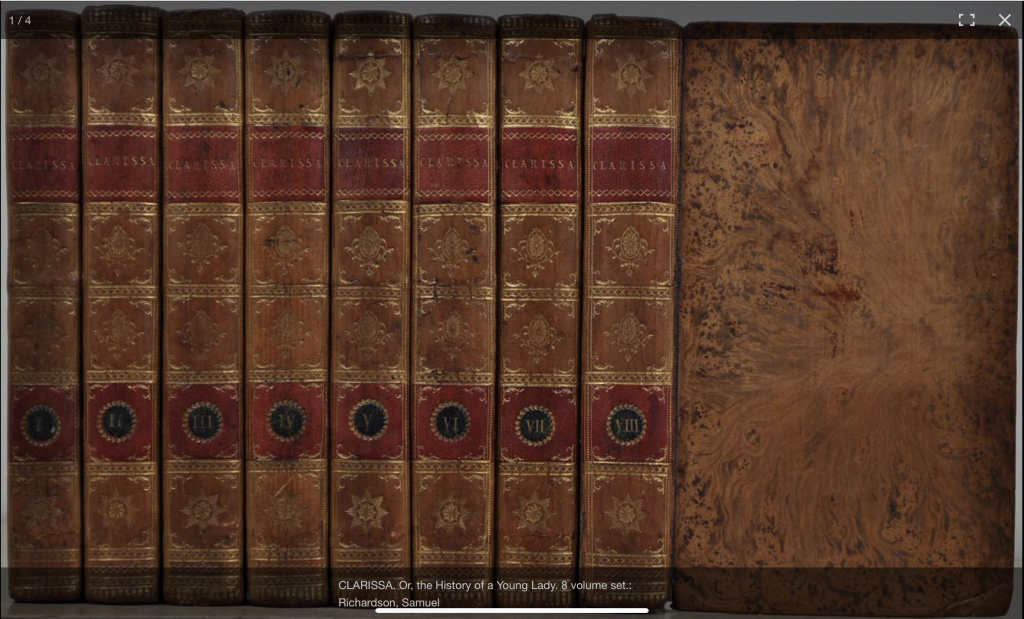 8 volume first edition, published in 1785, available at abebooks.com for $875

How do you plan to stay sane during the cold, dark months ahead?

If the sanity ship has not sailed already… Our nuclear family uses January and February to plan for the warmer months. My wife, especially, likes to make beach plans early so that we have months of happy anticipation. The prospect of 30A sees us through the dregs of winter. 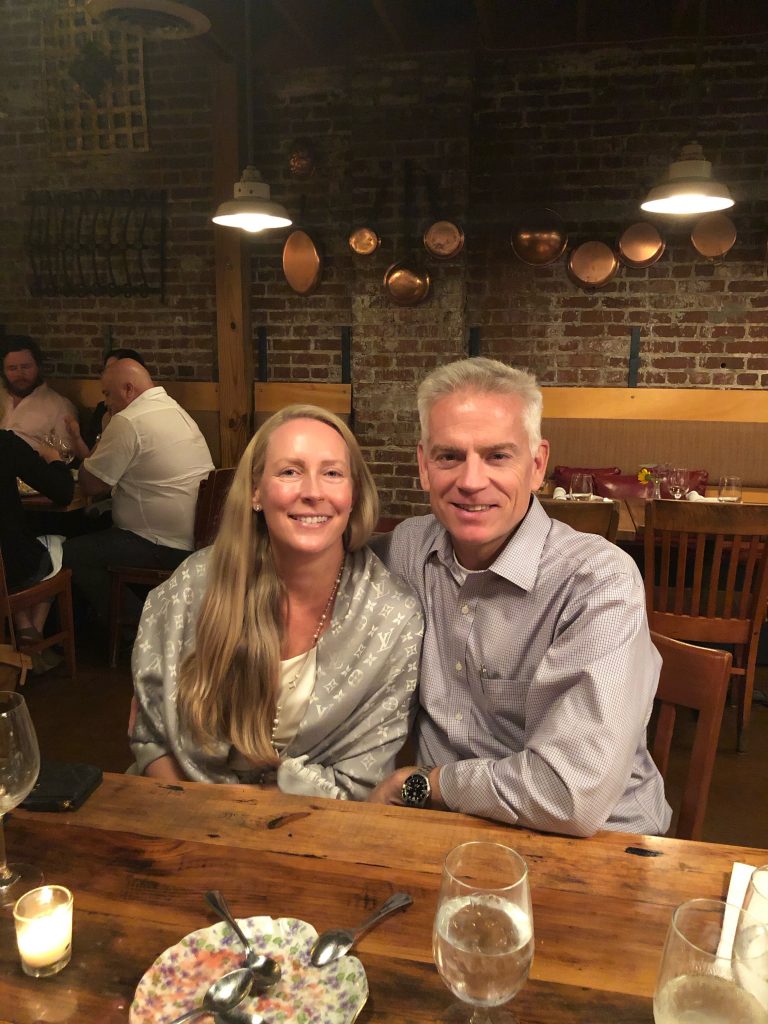 I’m also hoping to take my teenagers on a road trip East, ostensibly to tour colleges, really a pretext to force them to spend time with their old man.

What will NOT change once you’ve gotten the vaccine? What’s the first thing that will?

I hope that the pandemic has permanently changed Americans’ perspective on the role of the federal government, starting with the Center for Disease Control & Prevention. The vaccine for COVID-19 – developed in nine months! An unbelievably fast response – was made possible by decades of research, much of it coordinated through federal agencies and institutes. If you don’t already view immunologists (such as Vandy’s own Mark Denison and my old friend Tom Talbot) as heroes, please read Lawrence Wright’s article “The Plague Year,” in the Jan. 4 New Yorker. I also recommend The Fifth Risk by Michael Lewis, a book that starts as a critique of the outgoing administration but turns into a love letter to the talented, dedicated professionals who play crucial roles in federal agencies. As the son of a civil servant (my mother devoted her career to the City of Austin), I share Lewis’s affection for Americans who see government as a noble calling.

On a personal level, the first thing that I want to do is go to the movies. And football games. And dinner parties. And…

When do you think will things get back to “normal”?

Don’t hold your breath. We have millions of vaccines to administer, a winter to endure, and viral strains to ward off. Maybe 2022 will be our year.

I know you mentioned that you’ve been reading a biography of Arthur Miller and also Leave the World Behind. What else have you been reading lately? I just KNOW you’ve got more going!

I am bouncing between classics and contemporary. Just finished V.S. Naipaul’s A Home for Mr. Biswas, a favorite of New Yorker book critic James Wood, and David Leavitt’s The Lost Language of Cranes. Leavitt, like Douglas Coupland, is a writer I started following in the ‘80s and then lost track of; now, every year, I read at least one book by each of them. 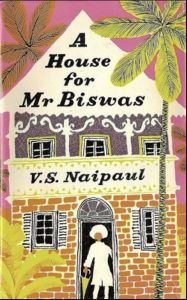 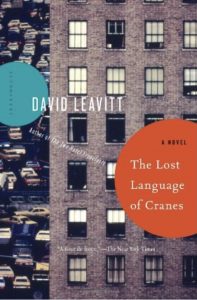 Next up is Coupland’s Hey Nostradamus! (2003). Nashvillians will love The Fortunate Ones by friend and colleague Ed Tarkington, a coming-of-age novel that exposes our town’s east-west divide. 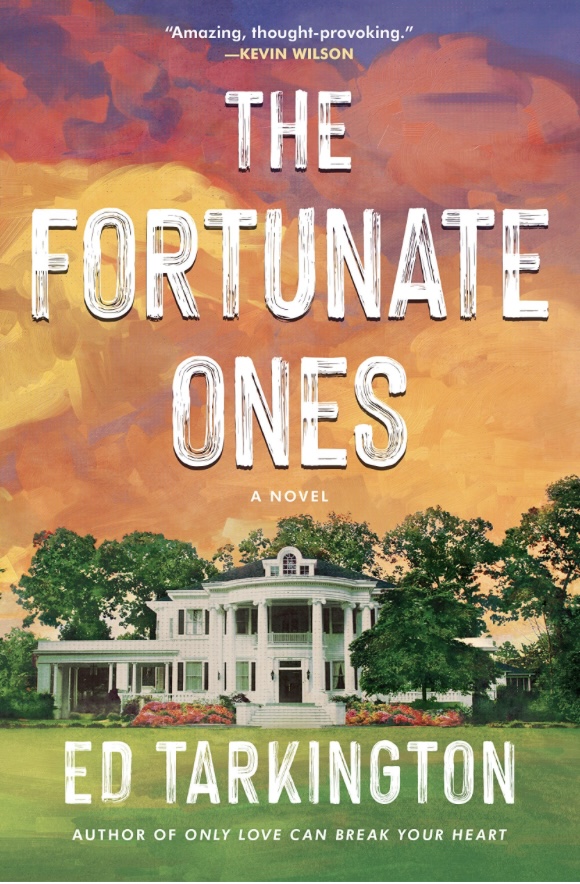 Drum roll please… what were your favorite reads of 2020? 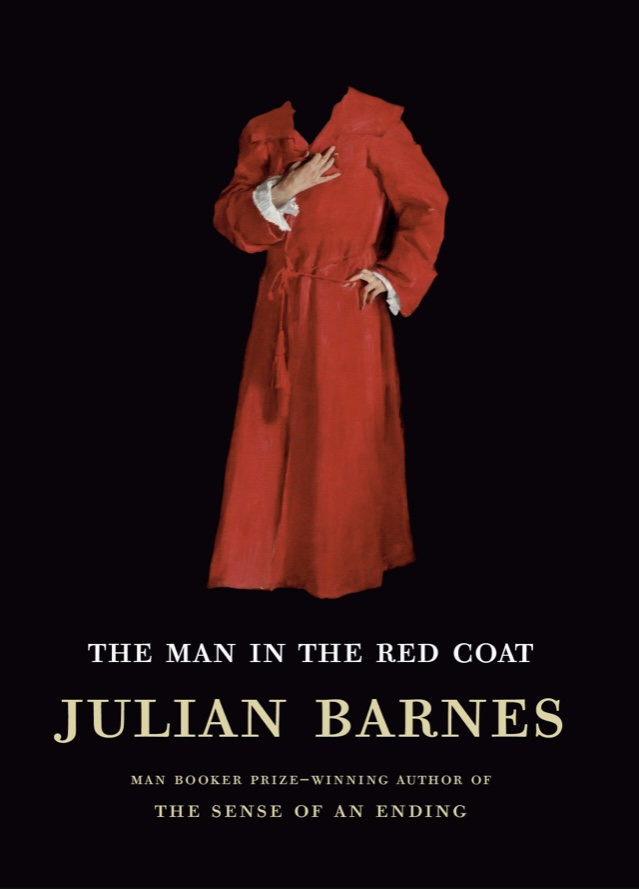 Julian Barnes, The Man in the Red Coat

Perfect combination of authorial sensibility (francophile) and subject matter (belle epoque Paris), this book traces connections among a dozen historical figures – artists, writers, socialites – and their ingenious techniques for simultaneously concealing and reveling in their homosexuality. Brilliantly written, it is also the handsomest hardback you will buy, richly illustrated with thick paper. A nonpareil reading experience. 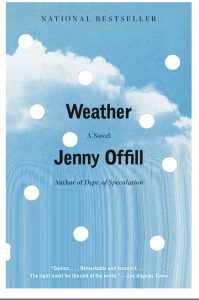 A novel in bits, scattershot in structure but coherent in focus. Offill is a combination of David Markson (Reader’s Block is a good place to start), Ben Lerner (10:04), and Margaret Renkl.

Endlessly quotable. “I do have one bookish superstition about my birthday. I like to see what Virginia Woolf said about an age in diaries before I reach it. Usually it’s inspiring.” 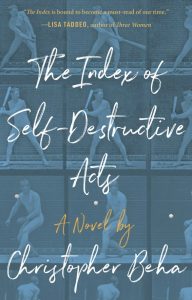 Sam Waxworth, a Nate Silver-like figure, discovers that his data-driven predictive models are no better than palm-reading when it comes to matters of the heart. 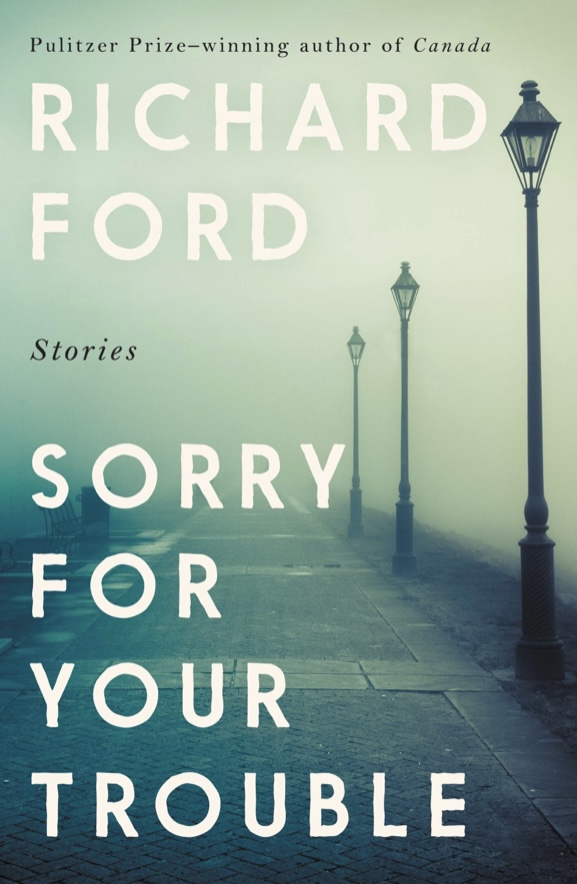 I thought Ford was done. More than a decade since his last worthy work of fiction (The Lay of the Land), my expectations for this collection were low, but his stories here feel fresh, vital, and wise. One of his lawyer-protagonists, running into an old lover: “He understood that any time you were with Barbara, a re-appraisal of life might be coming.” 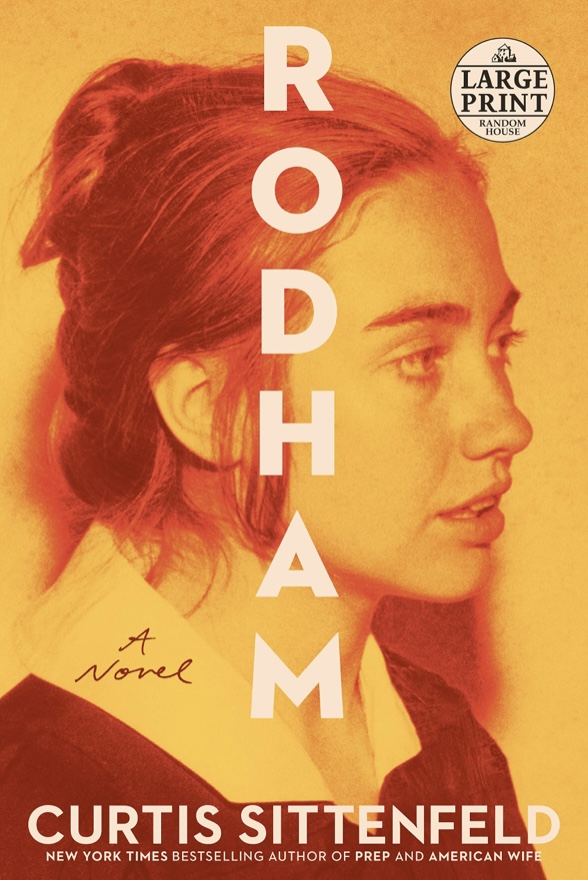 What would have happened if Hillary had given up on Bill’s hopeless womanizing and charted her own path? Less an imaginative alt-bio than a true Sittenfeld novel – coming from me, a Sittenfeld-completist, that is high praise. 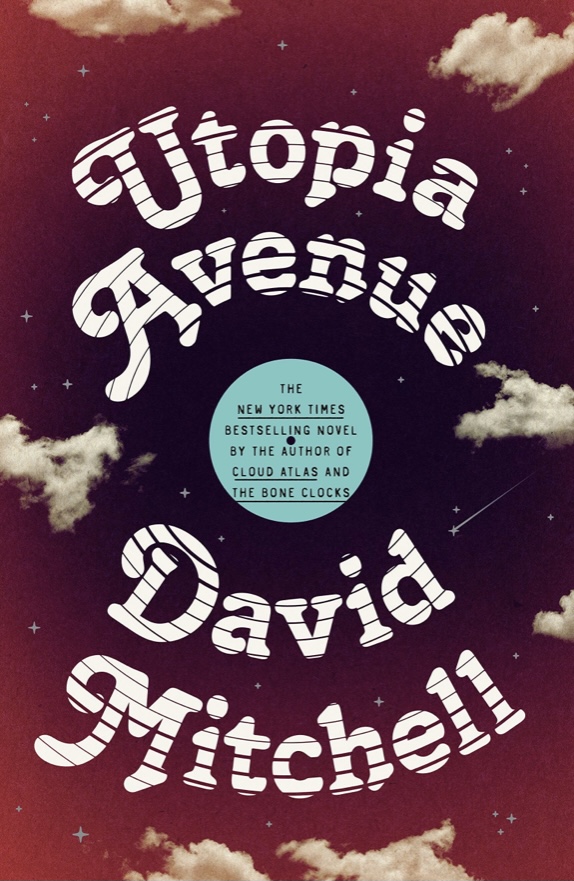 The Mitchellverse extends to groovy ‘60s London and the formation of an incandescent rock band, a novel worth the investment only for a brilliant scene in which Dean Moss, bassist and songwriter, drops acid with Jerry Garcia. 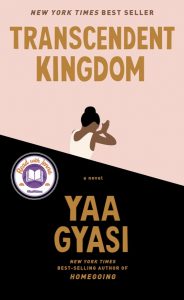 The young heroine of Gyasi’s second novel, a first-generation American whose family immigrated from Ghana, seeks truths in neuroscience that she can’t find in religion. Neither path is easy. “The truth is we don’t know what we don’t know,” a teacher tells her. “We don’t even know the questions we need to ask in order to find out, but when we learn one tiny little thing, a dim light comes on in a dark hallway, and suddenly a new question appears.”

(Check out my review at Chapter16.org) 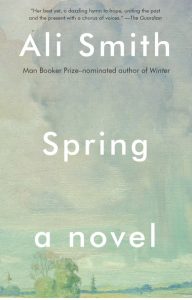 Third installment of Smith’s quartet of the seasons, this clever novel offers a happy ending that feels appropriate for a celebration of re-birth. An optimistic vision: “War won’t stop … but enmity can,” one character observes. “What looks fixed and and pinned and closed in a life can change and open, and what’s unthinkable and impossible at one time will be easily possible in another.” 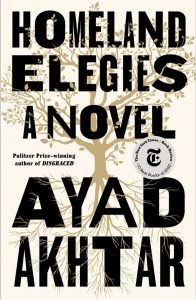 Maybe I’ve developed a taste for autofiction, but this meandering, essayistic, revealing book was somehow a page-turner for me. Pakistani parents, success on Broadway, failure in romance, adventures in the world of high finance–always circling back to questions relating to the status of Muslims in America. Akhtar quotes Norbert Elias, a German-Jewish sociologist who fled the Nazis: “The established majority takes its we-image from a minority of its best, and shapes a they-image of the despised outsiders from the minority of their worst.”

These all sound so intriguing, Sean! Thank you for the great list!

To wrap things up in the Bacon Neighborhood today… what gives you hope?