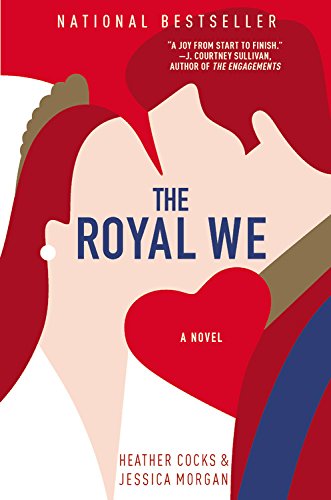 Sorry for gushing.  I’m having a hard time containing my enthusiasm for this novel!  It’s early in the summer, and I haven’t been anywhere close to the shore.  But I’ve been on a quest to find the ultimate new beach read to share with my sister and Bacon readers.

I’m here to tell you I’ve found it.  The Royal We, by Heather Cocks and Jessica Morgan, is a sunny, funny, witty, suspenseful, romantic, steamy and deeply satisfying page-turner.  You don’t even need that pina colada if you’ve got this book in hand.  It’s a sweet escape of the highest order.

You know where you’re headed the moment the book begins: a royal wedding!  But you also know there may be a crisis or three along the way.  American Rebecca Porter has won the heart of Prince Nicholas of Wales, grandson of the ruling matriarch, Queen Eleanor. “Bex,” as Rebecca is known to her friends, met Nick while they shared a dorm at Oxford, each of them romantically involved with others.  Their friendship grew, despite the royal establishment’s very different plans for Prince Nicholas.  Bex is – gasp – an American, whose father earned his own fortune (the horror!).  Nick is a prince of a guy, but also sad; his parents were ill-suited for each other, and Nick carries deep wounds.  In The Royal We, his mother “Emma” has gone into seclusion on a remote estate, entirely withdrawn from the public eye.  Meanwhile, Bex’s sexy sister Lacey has come to England and is stirring things up with Nick’s playboy younger brother, which makes things even more complicated for Nick and Bex… 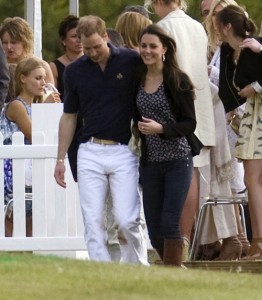 Any of this starting to sound familiar?  Deliciously so.  The book sometimes feels a little cheeky – assuming to tell Will and Kate’s story, with modifications – but it’s never snarky.  If anything, it feels like a bit of insider-y fun.  In short – “the kind of book that Pippa would sneak into Kensington Palace” (Entertainment Weekly.)  Brilliant! 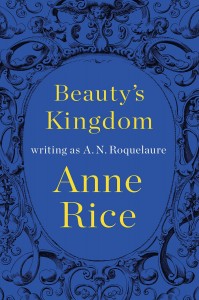 I also found a beach read for those who prefer something a little more – shall we say – heated.  This novel contains material well north of Fifty Shades, yet it’s (shockingly?) available in your local family bookstore, maybe even on the table at the front of the store.  Anne Rice, writing as A.N. Roquelaure, is concluding her sexed-up Sleeping Beauty series, which began with a trilogy of novels published in the 1980s.  In this summer’s installment, Beauty and her husband Prince Laurent return from self-imposed exile to govern the kingdom they left behind.  They’re changing up the rules a bit, but let’s just say there’s still plenty of BDSM action and lots of variety.  As the reviewer at one blog put it:  “if erotica is what you’re after, and you don’t mind a lot of kink, this is guaranteed to put a bounce in your britches.”  Anne Rice (or A.N. Roquelaure, if you prefer):  Just wow!  You’re not letting the young authors have all the fun.

From Buzzfeed, “What New Book Should You Read This Summer.”

The New York Times Book Review devoted its issue this past Sunday to summer reading.  If you’re feeling serious.

Please share any other summer reading ideas in the comments!  I’d be delighted to hear them and know other Bacon readers would be as well!