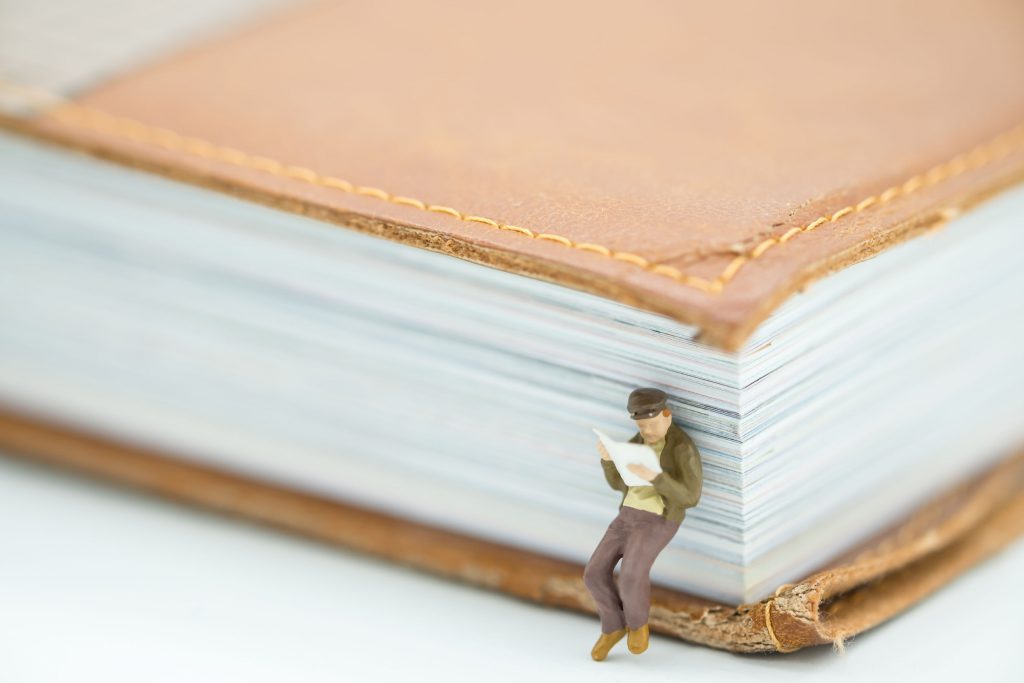 Friday’s Bacon featured a year’s worth of nonfiction reads for 2018. Today’s post offers only one recommendation for fiction readers: if you haven’t devoted yourself to a big brick of a novel lately – one that could be used as a doorstop or weapon – make this the year!

I just finished Haruki Murakami’s 1Q84 and might open an extra bottle of champagne. 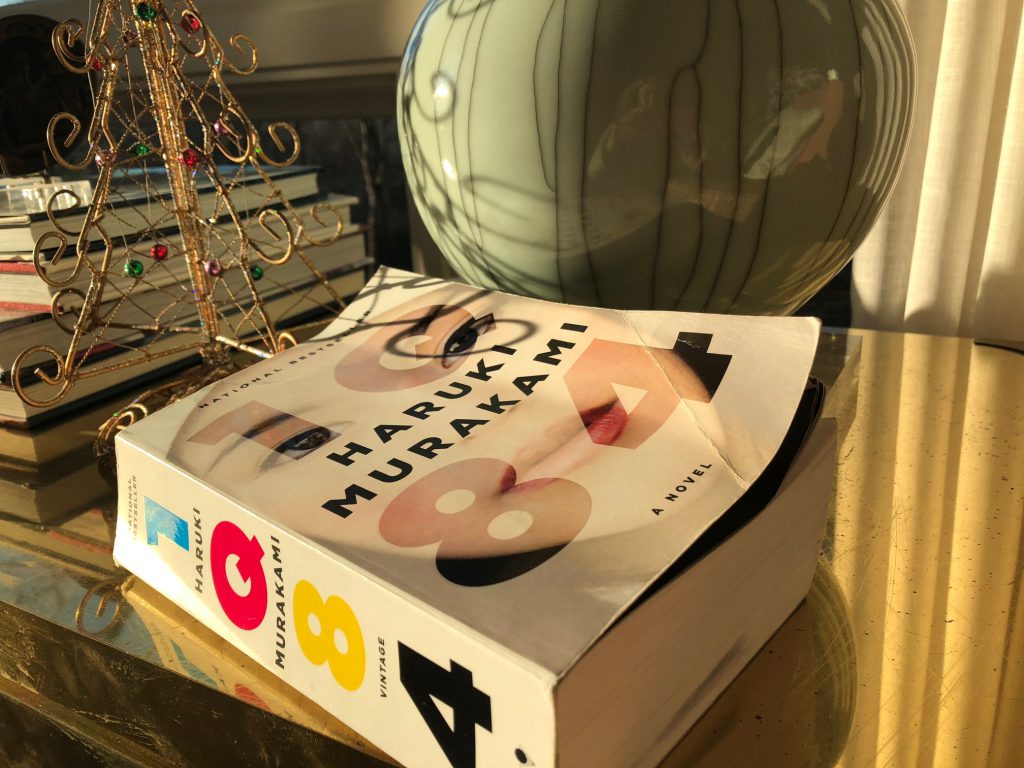 I’ve been dragging this 1000-pager around in my purse for some time now – I know, a Kindle would be lighter – and I’ve got that delirious mixture of happiness and sorrow that comes when you finish something Big.

So, one reason to read a doorstopper is this: a real sense of accomplishment.

You also don’t have to think about what to read next for a long time. The question of “what to read next” can be anxiety-inducing. A big book invites you to stay awhile and not worry about tomorrow.

Another reason to pick up a giant tome is to impress your (young) nieces and nephews when they see you reading it. This really happens. You probably won’t impress your teenage kids or your spouse.

1Q84 is a literary fantasy, a dystopia of sorts, but it’s also firmly rooted in the year 1984 in the city of Tokyo. The year 1Q84 is a parallel reality in another Tokyo where several characters find themselves trapped. To reduce 1000 pages to a sentence – 1Q84 is a love story. The lovers are hiding and hidden from each other while otherworldly danger stalks them. 1Q84 dwells on and illuminates the yearnings of the heart of its central characters, Tengo and Aomame. But it’s also about parents and children and how they can hurt and heal each other; Tokyo traffic and Tokyo loneliness; the consolations of friendship and kind strangers; and how people make sense of themselves. Among other things.

IQ84 had a particularly mesmerizing immersive quality. Murakami’s sentences are lulling and sometimes repetitive. If he tells you something once, he might tell you twenty times. But over the course of 1000 pages, his prose starts to feel like the lapping of waves. You’re on a raft, on the ocean. You don’t really want to reach shore.

What’s your favorite big novel ever? Please let us all know in the comments!

My favorite big book (well, semi-big book) of all time is Matterhorn, by Karl Marlantes. 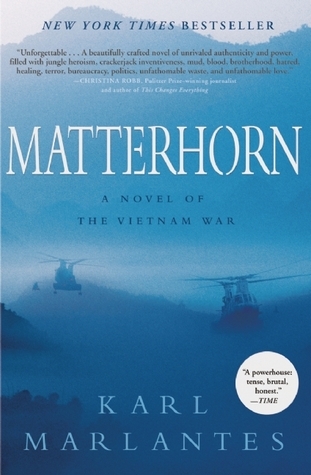 I gave it to my father in 2010 when it first came out. My dad served as a Marine in Vietnam and left the service after seven years to start his own business. He is sometimes a man of few words. “It’s a good book, you should read it,” he said, sending it to me by UPS immediately after finishing it. That gesture – and his words – were meaningful. Since then, I’ve given it as a gift and recommended it more times than I can remember.

Marlantes himself served in Vietnam and spent decades working on this novel about imperfect decisions; why men fight; love; heroism; race; despair; and the things that can possibly give us hope.

From The New York Times review, by Sebastian Junger:

Every war novel must at some point confront a central contradiction. Only the truth has any real value, but the truth about war is that it contains nearly unbearable levels of repetition, boredom and meaninglessness. To write honestly about war, you should make readers feel they have endured those things as well. Yet no sane novelist wants to inflict that much discomfort on the audience. And so we read novels (and watch movies) filled with the kind of bravery and drama that make war look at least entertaining, if not admirable. Many of those works are tremendous artistic achievements. But they’re not war.

Karl Marlantes’s first novel, “Matterhorn,” is about a company of Marines who build, abandon and retake an outpost on a remote hilltop in Vietnam. According to the publisher, Marlantes ­— a highly decorated Vietnam vet — spent 30 years writing this book. It was originally 1,600 pages long; now it is 600. Reading his account of the bloody folly surrounding the Matterhorn outpost, you get the feeling Marlantes is not overly worried about the attention span of his readers; you get the feeling he was not desperate or impatient to be published. Rather, he seems like a man whose life was radically altered by war, and who now wants to pass along the favor. And with a desperate fury, he does. Chapter after chapter, battle after battle, Marlantes pushes you through what may be one of the most profound and devastating novels ever to come out of Vietnam — or any war. It’s not a book so much as a deployment, and you will not return unaltered.

Other big books to consider for 2018: 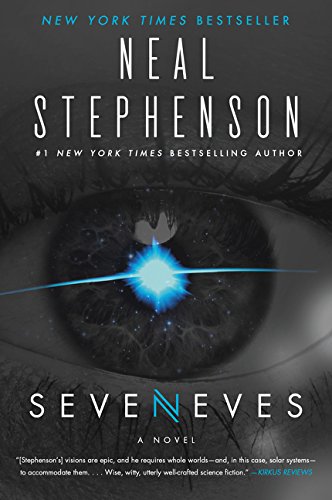 A friend at a holiday party recommended Seveneves, by Neal Stephenson. “I read it about a year ago. One section dragged on and on and was not as well written. But I keep thinking about it even a year later,” Jennifer Frist remarked.

An Amazon Best Book of May 2015: Stephenson is not afraid of writing big books—big in page count, big in concept, and big in their long-lingering effect on the reader’s mind. Newcomers to Stephenson should reject any trepidation. This science-fueled saga spans millennia, but make no mistake: The heart of this story is its all-too-human heroes and how their choices, good and ill, forge the future of our species. Seveneves launches into action with the disintegration of the moon. Initially considered only a cosmetic, not cosmic, change to the skies, the moon’s breakup is soon identified as the spawning ground of a meteor shower dubbed the Hard Rain that will bombard Earth for thousands of years, extinguishing all life from the surface of the planet. Now humanity has only two years to get off-world and into the Cloud Ark, a swarm of small, hastily built spaceships that will house millions of Earth species (recorded as digital DNA) and hundreds of people until they can return home again. But who goes, and who stays? And once the lucky few have joined the Cloud Ark, how will the remaining seeds of humankind survive not only the perils of day-to-day of life in space but also the lethal quicksand of internal politics? Slingshot pacing propels the reader through the intricacies of orbit liberation points, the physics of moving chains, and bot swarms, leaving an intellectual afterglow and a restless need to know more. An epic story of humanity and survival that is ultimately optimistic, Seveneves will keep you thinking long past the final page. –Adrian Liang

You might also check out Bustle’s “9 Long Ass Books That Are Definitely Worth Finishing.”

A Suitable Boy, by Vikram Seth, caught my eye. 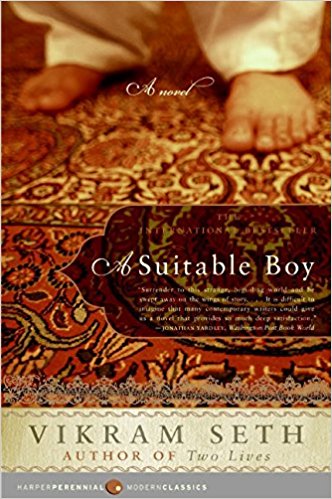 Leta and her mother, Rupa Mehra, are both on a similar mission to find Leta a suitable boy to marry. Set in the 1950s against a newly independent India, this is a complex story of ordinary people during an extraordinary time. While you must read to the end to find out what Leta’s future holds, it’s an engaging book that keeps you interested throughout its 1,474 pages with rich backstory and cultural events.

Lithub offers an excellent roundup of “Really, Really Big Books” that includes some delicious surprises, especially coming from the highbrow epicenter of the literary u-verse.

Most intriguing to me – God is an Englishman, by R.F. Delderfield.

The Swann Family Saga, comprising God Is An Englishman, Give Us This Day and Theirs Was the Kingdom (a mere 2,000+ pages, all three), follows Adam Swann and his progeny from The Raj to Victorian London and on to the first stirrings of The Great War. In other words, Downton Abbey fans, do apply.

There’s no chance I’ll get to all the books I want to read this year. Just reading the lists is making me anxious. That’s the best reason of all to quit looking at lists and – you know – pick up a book.

Happy New Year, Bacon friends!! Thank you so much for being in touch when the spirit moves you. Xoxo