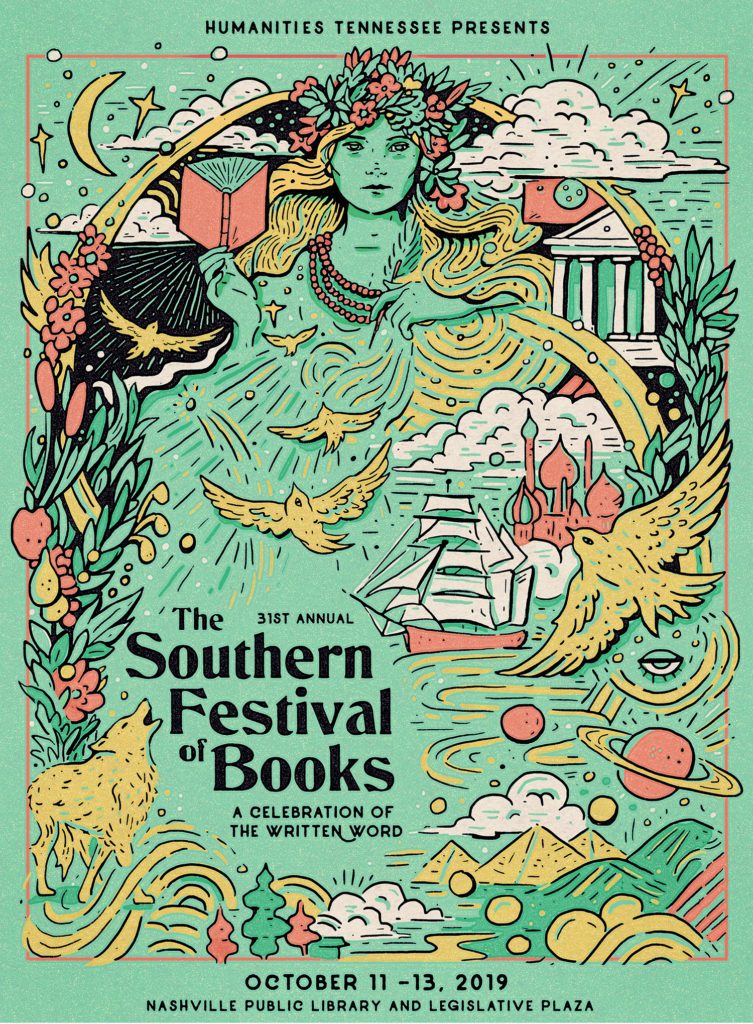 Superstar Southern Festival of Books Director Serenity Gerbman gives us the inside scoop today, in preparation for this year’s 31st annual celebration of the written word. How are authors chosen? Mark your calendars for October 11 – 13…

It was early days of my time at Humanities Tennessee, and I was tasked with meeting Horton Foote in the lobby of the Crowne Plaza hotel and walking him down to the library for his Southern Festival of Books session with Reynolds Price. Foote was a Pulitzer Prize-winning playwright and Academy Award-winning screenwriter. 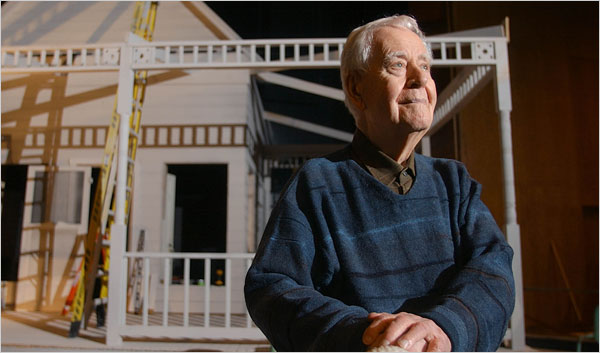 His screenplay for the film version of “To Kill A Mockingbird” is his ticket to writer immortality, but I loved him then, and still do, for “The Trip to Bountiful,” a movie whose intrinsic southernness is poignantly familiar.

In the moment that I entered the hotel lobby, I had been doing twenty-hundred things and had twenty-hundred more to do, so I was harried and flushed and eager to get Mr. Foote to his session and check him off my list. He was a small man, probably near 80 then. He sat patiently in an oversized armchair in the bustling lobby, unnoticed. He stood and thanked me for coming, and took my arm, and we began our walk. He walked slowly, and we chatted about this and that. The air of, well, serenity about him penetrated the event fog in my brain. The word that comes to mind when I think of it now is beatific. In ten minutes it was over. I delivered him to the library and went on about my day. But those ten minutes have never been forgotten.

As a book festival organizer, I spend much less time reading books on the clock than people might imagine, and much more time sending emails and working out logistics. But there are undeniably privileges for a lifelong reader like me in working on a book festival. For starters, those of us who book authors for events tend to know months before everyone else what’s coming out. The book publishing world has seasons, and those seasons have catalogs that are released six to nine months before publication date. Right now, my inbox is filled with links to books that are coming out from March to August of 2020. Beginning in January, I’ll be looking at books that will be released in the fall and winter of 2020.

Once a year, a couple of members of our staff  spend a few days in New York, meeting with publicists at the various publishing houses, looking at fall catalogs, and talking about which authors we think will be a good fit for the Festival. When I first began these trips, it felt so intimidating to meet with publicists, people with fancy jobs at big, famous publishing houses. But going to the offices, and sitting down with publicists, is heartening because you see that they are passionate readers just as you are, and they are looking for opportunities to connect authors with readers, just as you are.

Until recently, some publishing offices were in the world-famous Flatiron building. One of the most photographed buildings in the world, it turns out, has painfully slow steam elevators and weirdly shaped, cramped offices. 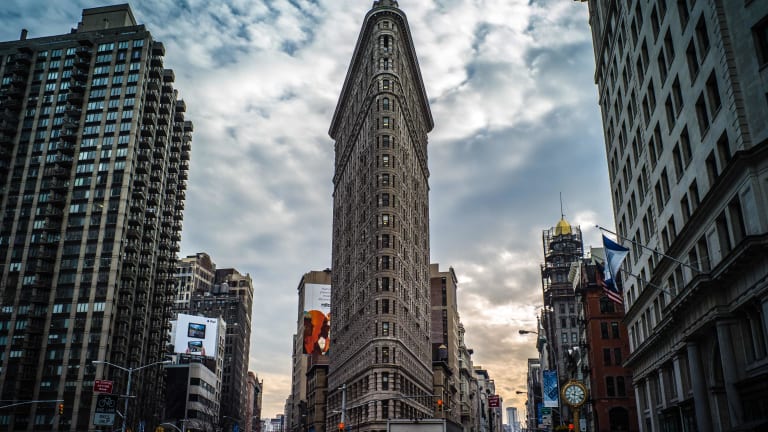 The most awe-inspiring publishing office to visit, by design I’m sure, is the lobby of the Penguin Random House building, just up the street from Times Square. In that vast atrium, both sides are flanked with glass bookcases probably 20 feet tall. In  those cases are the first editions of the thousands of books that Random House has published. The lighting is low, warm and yellow, just as it should be for browsing and admiring.

There is a huge book convention every year called Book Expo America. It takes place in May, and it’s for publishers to meet with bookstore and event representatives and to promote fall books. Hundreds of authors make appearances and do signings for conference attendees, and the books are free, with a suggested donation of $1 for each book you have signed. The lines there are long and the general feeling convivial, as independent booksellers from around the country line up by the hundreds to chat with authors and take home precious signed advance copies of books to come. 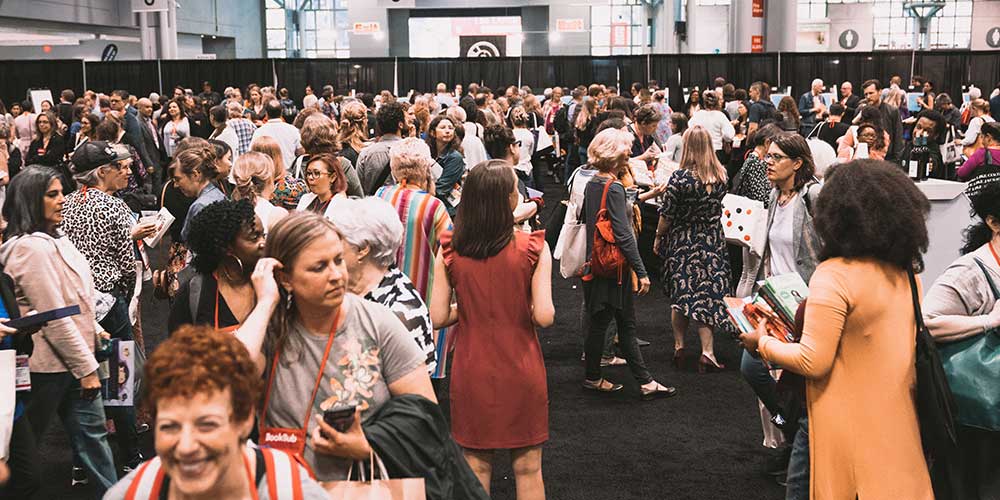 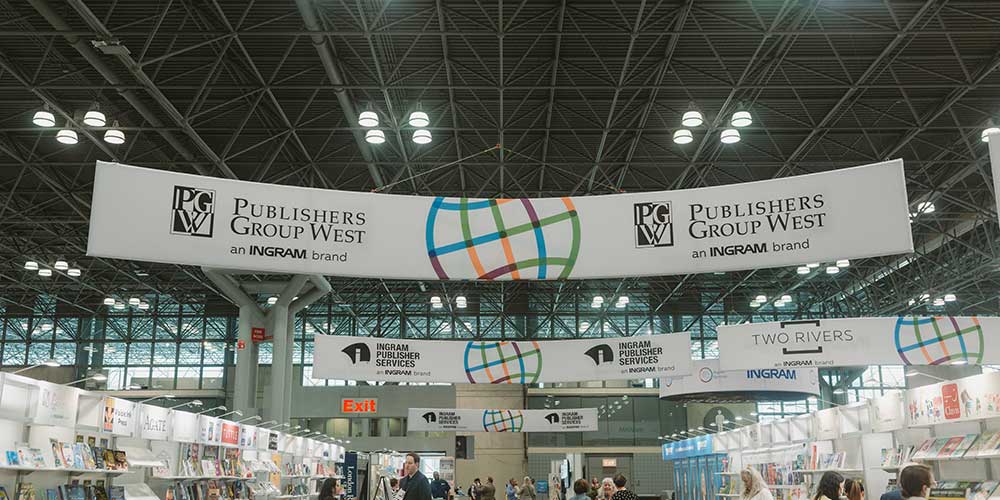 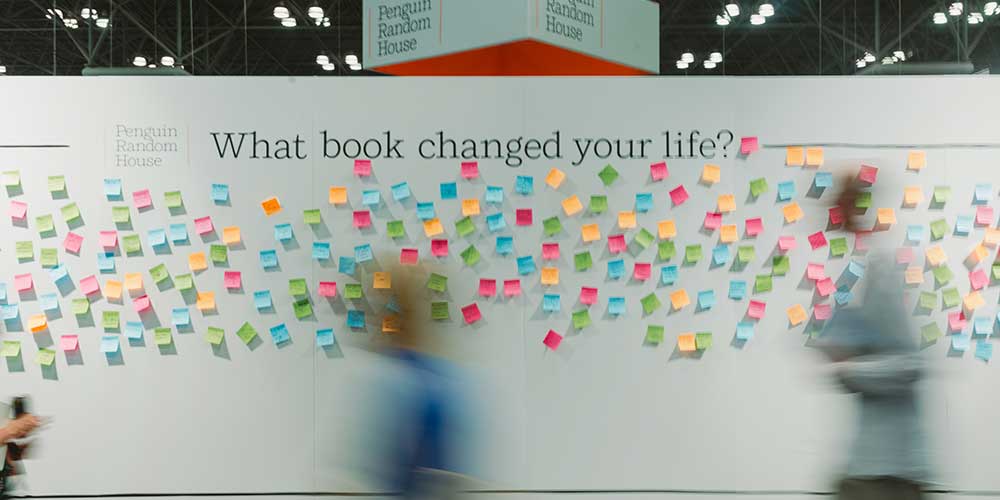 Book Expo also has author panels. It was at Book Expo many years ago that Al Franken, Molly Ivins,  and Bill O’Reilly were on a breakfast panel that resulted in a screaming match between Franken and O’Reilly, with the moderator Pat Schroeder (a former Congresswoman and presidential candidate) trying and failing to break it up. It was a bit surreal to be in the room for that, and then see it played out in TV clips afterward. Another time,  the breakfast panel included Jon Stewart, Tom Wolfe, Gish Jen, and Graydon Carter. When it ended, the stage was rushed by hundreds of people who wanted to shake Jon Stewart’s hand. Afterward, I saw Tom Wolfe (he was hard to miss in his white suit) walking with someone, and I heard him mutter, “You have to be on TV to be anybody in this world anymore.” 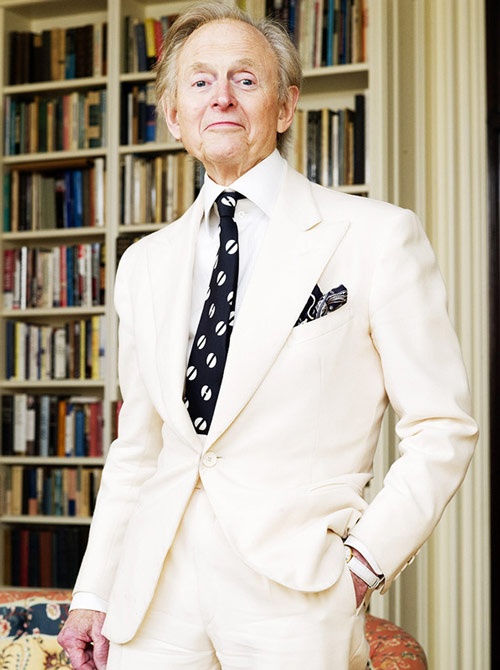 Beginning January 1 of each year, we officially accept submissions. These are books from authors or their publishers requesting a spot on the program, and we receive many more than we are able to accept for the 200-225 slots we have available. Because we are a Tennessee-based non-profit, we strongly discourage authors from out of state who are self-published from submitting their books for the Festival. A committee of community volunteers divides up these submissions and reviews them, coming together for a meeting, or two, to determine which authors will receive an invitation. 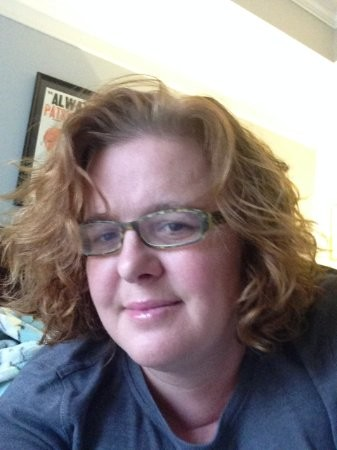 Through our meetings with publishers, review of the catalogs and requests based on them, and submissions that come in to the office, we put together the Festival author list over the course of several months. Our goal is for anyone to be able to come to the Festival and find an author or session that is interesting to them. This is why we have sessions in diverse genres: fiction, memoir, history, mystery, music, food, travel, poetry, and children’s books.

We hear a lot in the news about the harm to us as individuals and as a society, with lives being lived in virtual reality, on phones and tablets, through earbuds and screens. Being in the real world with other people makes us mentally and physically more healthy. We all know this. For me, the true joy of the Festival each year is those other people – seeing old friends from all over the country who come to attend the Festival or to be an author on the program. It’s standing in the back of War Memorial Auditorium to see 1,000 people stand and applaud when writers walk onto the stage. It’s ten minutes with Horton Foote, in my mind’s eye forever. 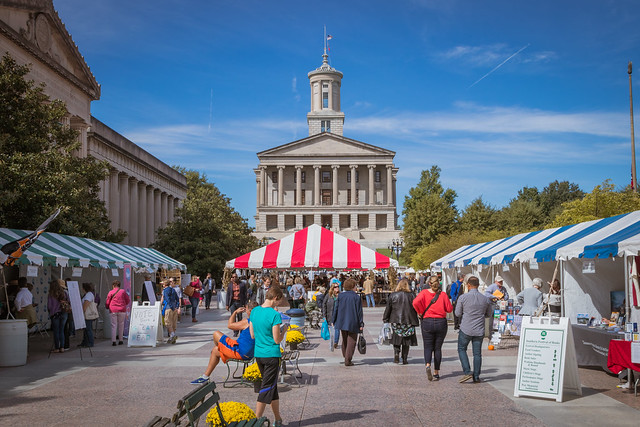 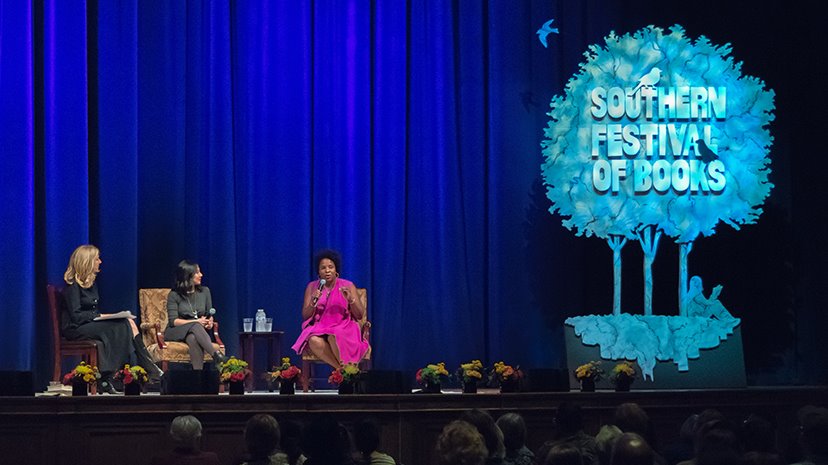