The Room has been called this generation’s Rocky Horror Picture Show – a cult if not cultural classic – and one of the lead actors has now written a very funny and surprisingly profound account of it, The Disaster Artist: My Life Inside The Room, The Greatest Bad Movie Ever Made.  In addition to explaining how one very unusual movie was made, this book explores the depths of the human psyche, in all its pathos and hubris; asks how far a man will go in pursuit of his dream; and wonders about the nature of art, success, failure, and friendship.  You’ll laugh out loud – then you may marvel quietly at the tale that is told.  The Disaster Artist will give The Room immortality.

The Room is the story of love gone so wrong.  When Johnny (the main character) learns that his fiancé, Lisa, is sleeping with his best friend, Mark, he goes berserk. Things end badly.

The dark-haired, brooding Tommy Wiseau plays Johnny.  With his long, black curly locks, haggard face, and mysterious accent, Wiseau has a distinctly vampire vibe.  You can’t take your eyes off him.  Wiseau also wrote, produced, and directed The Room, spending $6 million of his own money on a film widely hailed as the one of the worst (also most funny, bizarre, and fascinating) movies ever made.

Greg Sestero, who played his best friend and romantic rival, wrote The Disaster Artist with co-author Tom Bissell in 2013.  Sestero explains his reason for writing it:  “By now millions of people have stood before the great, mysterious closed door that is The Room, peering through its keyhole with a mixture of joy and bewilderment.  My hope is that I have unlocked this door and welcomed everyone, at long last, inside.” 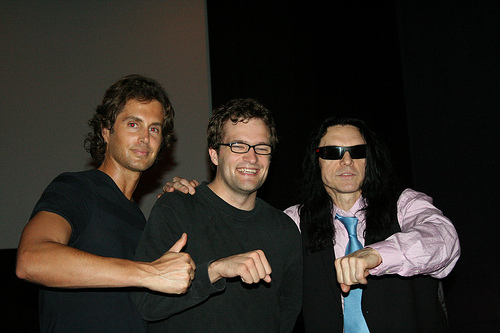 Sestero has done that and more.  In addition to giving a terribly funny account of what it was like to work on the set and help manage the mercurial Wiseau, Sestero details his own arduous path in Hollywood.  He leaves his San Francisco home at age 19 against his mother’s wishes and lives close to the edge in LA.  You are rooting for this likeable young man through every audition, call back, and near-miss.  You are hoping he has enough money for his next meal.

What Sestero (and Bissell) do so brilliantly – and why it is a terrific read even without seeing the movie – is to explore the deeply complicated character of Tommy Wiseau.  Wiseau becomes a strange combination of sugar daddy and best friend to Sestero, though he is also in some ways a competitor (especially in his own mind).  Wiseau’s background remains mysterious – it is vaguely Russian and extremely poor. He made his fortune in San Francisco, possibly through the import and sale of cheap clothing and trinkets. He “seemed half comic book character, half hair-metal icon.”  He dressed like “an aging metrosexual commando.”  He was possessive and controlling with Sestero, yet also incredibly generous and supportive.  What emerges most strongly from Sestero’s account of Wiseau is how he dealt with failure.  Hollywood rejected Wiseau in every conceivable manner, but Wiseau finally would not take no for an answer.  If no studio would hire him, he would write and produce and star in his own movie. Only one person believed in him – Tommy Wiseau – and in the end that was enough.  The impression he made on his young witness was profound:

“[H]ow could I – how could anyone – not be moved by Tommy, who’d fought so hard against the unforgiving confines of his star-crossed life?  The Room, I already knew, was a lot of things.  A bad film, a funny film, a bizarre film, a glorious film, a vain film, an absurd film, an incompetent film, a powerful film, a fascinating film, a disastrous film, an independent film, an inexplicable film, and finally, a brave film…. The Room was Tommy, and is Tommy – a man who remains the grandest and most sincere dreamer I’ve ever known.”

The Disaster Artist raises some profound questions.  Suppose you make a movie with the intent that it will be the greatest movie of all time and make you famous. It brings you fame, but mostly because people are intrigued by how strange and in many ways awful it is. To what extent, then, have you achieved success?  Have you created “art,” or is it something else entirely – “self-expression”?  To what extent are those different things? What makes one thing “good” art and another thing “bad” art – or not art at all?

You can see the movie every weekend in Los Angeles, if you want to judge its merits for yourself!  You can also catch it in Portland, Toronto, Philadelphia, London, and some other places – see theroommovie.com for showtimes.  It’s not playing in Nashville yet, but you can borrow my DVD or watch it at http://streamingkoya.com/video/play.php?movie=0368226.

Thank you, Ben Folds, for recommending this fine book and mind-bending movie!

Check out today’s NFocus in print or on-line for additional recommendations for the month of April.  Look for The Discerning Reader column (Bacon flavored) after enjoying the other pleasures of The Epicurean Issue! 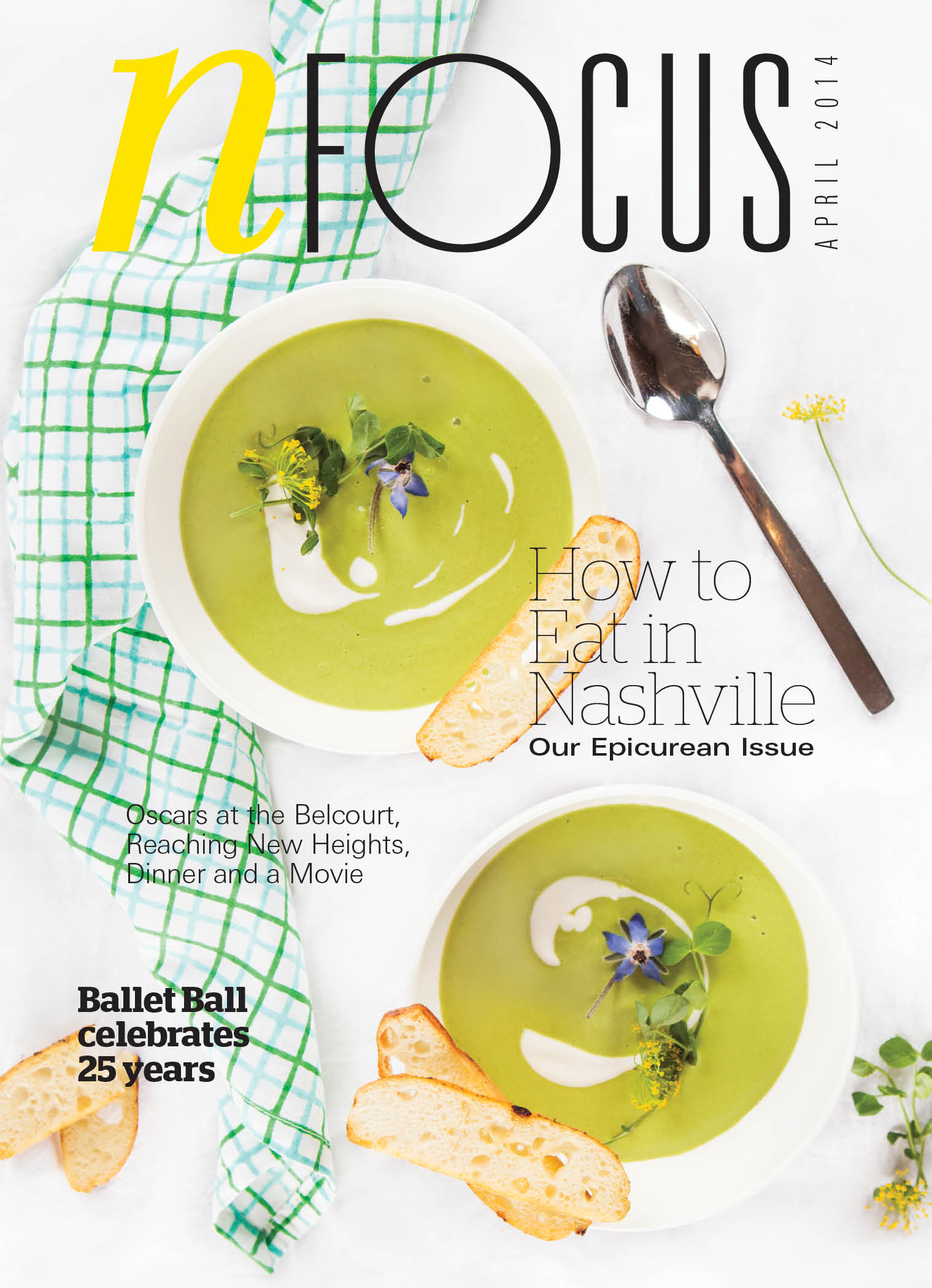