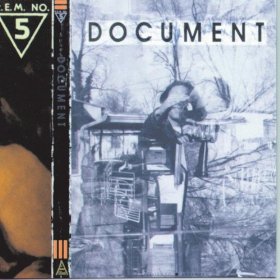 Still, there are moments when I can’t believe our 15-year-old lives many states away and is figuring out a lot of the important business of life there and not here.  I try to remember that I learned a lot of important things as a teenager off premises, even though I lived at home.  Mary Miller’s new novel, The Last Days of California, takes me back to those days in sharp, painful, and illuminating ways.  You might think twice about reading this book if you feel particularly fearful about what your teenager might try.  I’m not kidding; it can be distressing.  Do read this book if you want to be transported back to a time in life when everything was still up for serious consideration.  It is possible that teenagers are getting a lot of things right, even while they’re getting some things really wrong.  They are, by God, asking the right questions.

In The Last Days of California, a family takes a road trip from Alabama to California in order to witness the (predicted) Rapture from the

westernmost point in the continental United States.  Teenagers Jess and her older sister Elise play cards and listen to their i-pods in the backseat while their father drives and their mother tries to manage his moods.  They stop at Waffle Houses and gas stations and cheap motels; they get lost; they witness a terrible accident.  Elise escapes one motel in the car of an older man and a frantic search ensues.  Throughout, Jess thinks about her faith, her family, and what may or may not lie ahead in California.  Adolescence can be an excruciating time of reflection and experimentation, and author Mary Miller captures all of its pain and wonder in her first novel.

From The Last Days of California:

“She believes in it [the Rapture],” Elise said, and the boys looked at me with half-smiles.

“I don’t know if I do or not,” I said.  “I might be agnostic.”   I liked the way it sounded.  I took a sip of beer, which tasted a little less awful than it usually did because it was so cold… I wanted to believe.  I really wanted to.  If the rapture was coming, I hoped our parents’ belief would be enough to get us into heaven, like Noah, whose family had been saved because he was a good man.

Charlie opened opened another beer, placing his empty on the stack.  “Every group has its own eschatology,” he said.

He took off his sunglasses so we could see his eyes.  “It’s how we deal with death,” he said.  “It’s human nature to want to the world to end when we end.”