Many of us have felt deep currents in life that seem to carry and convey tremendous mystery.  Underneath us – around us – they flow – and we sense them without understanding.  We wonder.  We seek.  We do not always find.  Sometimes what we find is disturbing and incomplete; for Bono – 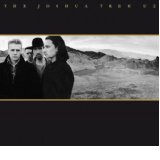 In his stunning debut novel, The Book of Jonah, author Joshua Max Feldman explores the way that deep mystery breaks into the life of one young man.  His subsequent search for meaning and understanding is a journey from darkness into something that might be light.

Jonah practices law in New York, working long hours at a white-shoe firm and on the cusp of making partner, when he begins to 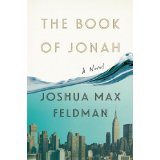 have visions of destruction (some involving water) that he cannot explain.  Is it the stress of his demanding job plus juggling a difficult fiancé and his lover?  Is it the variety of mind-altering substances he occasionally enjoys?  Or is it possible that he has been led to re-think the meaning of life and deliver that message to others?

An equally successful and troubled young woman named Judith has abandoned her promising future – and everything good from her past – and now works numbly in predatory real estate in Las Vegas.  Jonah and Judith lose themselves and find themselves over the course of the novel, with lives that graze each other, just barely, to profound effect.

The Book of Jonah, not surprisingly, harkens back to the Old Testament story.  Like the Biblical prophet, novel-Jonah initially rejects the message of his visions.  He finds them as irrational and inexplicable as you or I might, and he rejects them just as strongly:

Offer words inscribed in his heart?  He laughed harder, and it hurt his [broken] nose more, but he didn’t try to restrain it.  Indeed, he reveled in the laugher.  He was supposed to talk about a relentless storm?  About a universal nakedness?  To what end?  The little good he had tried to do … had destroyed everything he’d known of his life, maybe destroyed the lives of a few other people, too.  He was meant to do more?  Of that?  No, he thought, looking around the sidewalk, f— these people.  F— … their show trials and the nakedness that they were obviously much, much happier ignoring – just as he had been.  F— all of it, and f— the notion that he might have anything to offer to anyone – whatever that meant.  And, he thought further, laughing hysterically now, f— whatever power actually conceived of any of this as a good idea – as anything like wisdom, or justice.

…And Jonah decided to take a vacation.

Vacation in Amsterdam does not cause his mental anguish to diminish or his visions to cease.  His time there, in the “the Belly of the Whale,” does bring clarity.  There is one person, a virtual stranger, he has wronged, and Jonah comes to feel that he must make things right with her, despite their tenuous connection.  The rest of the novel traces his devoted search for her.  This novel is not primarily a love story; it is the story of a search for meaning.  The Book of Jonah allows for mystery, ambiguity, and uncertainty.  Its particular brilliance is to embrace and uplift human will and individual choice without ignoring the possibility and presence of the Divine.

The next time I see Bono, I think I’ll give him a copy.