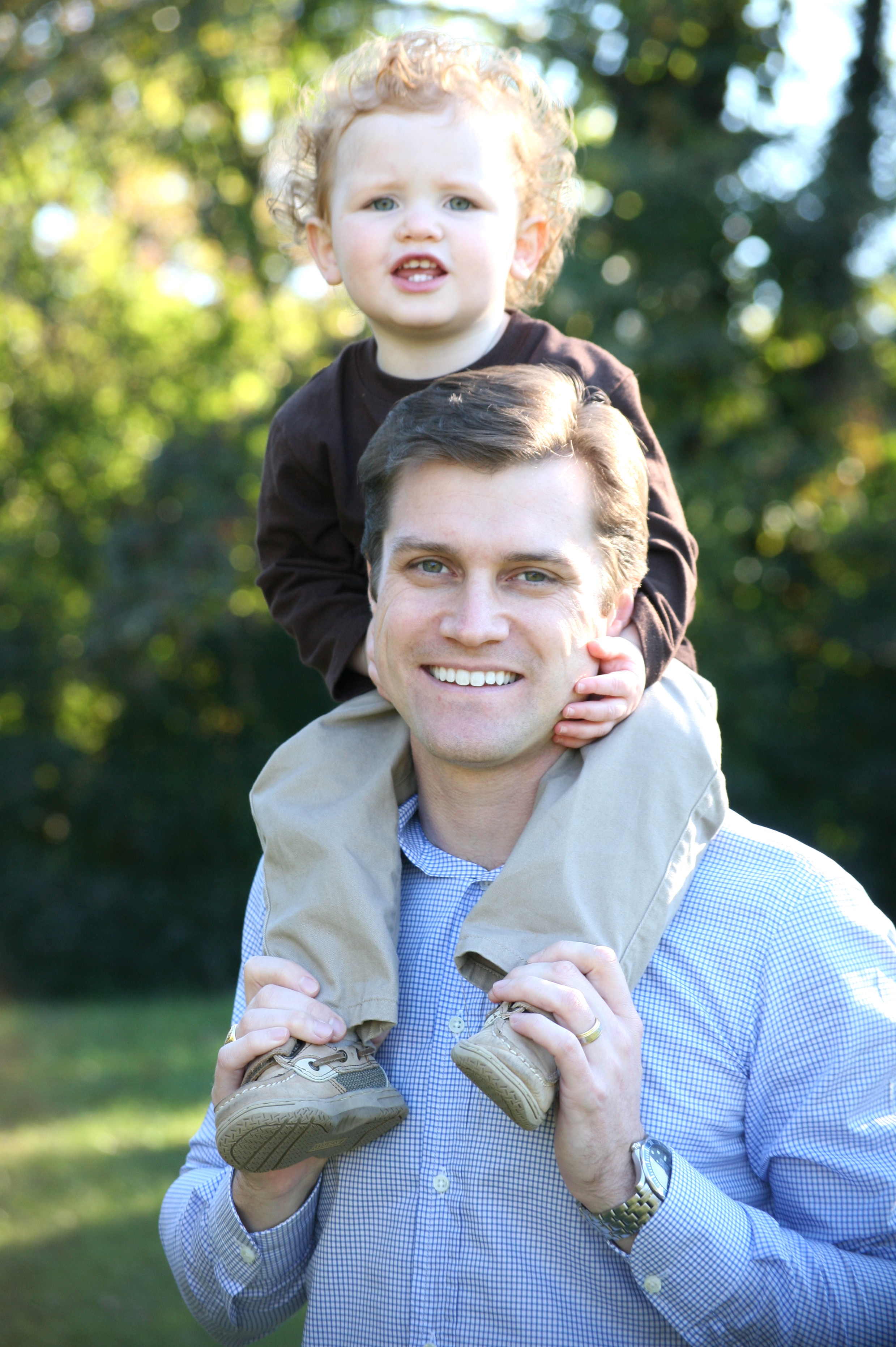 Josh Herring and wife Lauren hail from East Tennessee but stayed in Nashville after he graduated from the Owen School.  Thank you again, Vanderbilt, for all that you do!  When he’s not busy working at Merrill Lynch in the Private Banking and Investment Group or playing with his four-year-old daughter and two-year-old son, Josh rows with the Nashville Rowing Club.  Though he might not admit it, I think he’s a closet Anglophile.  He drinks English breakfast tea in the morning and concedes that he might spend a windfall $10,000 on a bespoke English suit or two.  He and Lauren are traveling to London in July in order to see the Monty Python reunion show at the O2!  My theory might be dashed by the inconvenient fact that he prefers Goethe’s Faust to Shakespeare.

Josh happily agreed to review one of the hot books this season, The Boys in the Boat: Nine Americans and Their Epic Quest for Gold at the 1936 Berlin Olympics, by Daniel James Brown.  What a great gift this might be for Father’s Day!

Josh recommends as an additional Father’s Day treat the following cocktail, originally from The Hawthorne in Boston:

Start with barrel-aged genever, the precursor to gin. The genever combines a whisky-like grain base with the juniper familiar in gins. Add in some Peychaud’s and Reagan’s orange bitters, a couple of sugar cubes, and some soda water and the result is a remarkably well-balanced cocktail bringing the best of both whisky and gin to the table.

I’ll raise a glass to that!

From Josh:  At least once a year, usually during the morning walk down the street to my office, the urge to be out on the water rowing grips me.  It most often coincides with that first day where all your senses tell you it’s fall – a smell of earth in the air, a brisk breeze, colors of crimson and gold on the trees.  Fortunately, the fall is head racing season and the Nashville Rowing Club competes in a number of regattas throughout October and November.  Giving your all along with other rowers in a shell, competing against other boats and sometimes against nature can be a glorious endeavor.

Having recently read Daniel James Brown’s The Boys in the Boat, my passion for rowing was rekindled.  Brown intricately weaves a number of tales

together in his book.  First, you get a primer on rowing as a sport, its origins, and some discussion of the mechanics of how best to propel a shell through the water.  Brown claims that while rowing (at a race pace), “your body burns calories and consumes oxygen at a rate that is unmatched in almost any other human endeavor.  Physiologists, in fact, have calculated that rowing a two-thousand meter race – the Olympic standard – takes the same physiological toll as playing two basketball games back-to-back.  And it exacts that toll in about six minutes.”  While rowing is fantastic exercise, it’s the competition involved that truly keeps many oarsmen (myself included) coming back to pull an oar.

Brown also depicts the development of the University of Washington’s crew team and their rivalry with the other major West Coast collegiate crew: California.  A decade or two after the turn of the century, these two teams fiercely battled one another each year and consequently began to make a reputation for rowing in a part of the country that wasn’t the Northeast.  The winner of their battle typically went to New York to represent the West Coast in national competition against the other, more established northeastern crews, which frequently looked down on, and discounted the abilities of, these upstart crews from the western wilderness.

As Brown chronicles the rise of West Coast rowing, he simultaneously illustrates what is happening on the world stage, specifically in Germany. Hitler’s rise to power, Goebbels’ plans for Germany as a reemerging world power through hosting the Olympics, and Leni Riefenstahl’s importance and innovation in film are all touched upon as we watch a group of freshman boys learn how to row and eventually win a spot to represent the USA at the Berlin Olympics.  Riefenstahl’s film Olympia captures a good bit of the climax of Brown’s story, and the tale of how she immortalized the spirit of the Games in arguably one of the most respected sports films is intriguing in itself.

My favorite portion of the book, however, is the biography of one of the oarsmen Brown focuses on.  There are tales of individuals whose achievements and personalities make them seem larger than life.  One is “Mad Jack,” who fought with a bow and arrows and a Claymore sword in World War II.  Joe Rantz, whose amazing life filled with adversity and strife, is another such larger-than-life individual.  After learning about Joe’s life, you get the feeling that people with that kind of grit are not around any longer.  Abandoned while he was a teenager, he took to poaching salmon and stealing bootlegged alcohol (and re-bootlegging it) to survive and put himself through college.  Even toward the end of his life, during his mid-seventies, he completed the near-Herculean labor of “single-handedly hauling a number of cedar logs down a mountain, then hand-splitting the rails and cutting the posts and installing all 2,224 linear feet of pasture fence.”

While rowing can be physically demanding, what really separates a good rower from a great rower is the mental courage and perseverance the sport requires.  Much of Joe’s upbringing prepared him for the mental torture of giving his all when his body was entreating him to stop. Vignettes from Joe’s life before college help the reader see why he became a great rower.  For instance, while working as a logger of enormous cottonwood trees with his neighbor Charlie McDonald, Joe witnessed two horses taking instruction from Charlie:

Charlie would give a signal, and in unison Fritz and Dick would squat down on their haunches while he chained them up.  He’d give another signal, and the two would rise and pull as if they were one horse, their movements crisply synchronized.  And they pulled with all their hearts. When horses pulled like that, Charlie told Joe, they could pull far more than twice what each could pull alone.  They’d pull, he said, till the log moved, the harness broke, or their hearts gave out.

Joe Rantz told author Daniel Brown, when Brown conveyed his interest in writing this book, that he could only write it if it was about all the boys in the boat, not just him.  I think that example set by Fritz and Dick made quite the impression on Joe as he rowed in a boat with the other boys. It’s revealed later that each member of that Olympic team thought that he was the weakest rower in the boat and was dreadfully afraid of letting his teammates down.  As such, a healthy paranoia developed and forced the rowers to constantly try to get better and to be their best.  The result was a boat faster than the simple sum of their individual abilities.

The lessons learned prior to college and joining the crew were important for these oarsmen, but just as important were the lessons that the rowers learned while in the boat.  Many of those lessons came from Brit and resident boatbuilder at the University of Washington George Pocock, oftentimes very poetically.  George said, “It’s a great art, is rowing.  It’s the finest art there is.  It’s a symphony of motion.  And when you’re rowing well, why it’s nearing perfection.  And when you near perfection, you’re touching the Divine.  It touches the you of yous.  Which is your soul.”

Brown’s storytelling abilities keep the reader riveted as he details how these boys near perfection while rowing.  And while I’ve never rowed at the level of the 1936 Olympic team, I have rowed in some boats where the boat was swinging and a simple joy to be a part of, even here on Percy Priest Lake.  I think that’s why each fall I have that urge to be on the water, connecting with nature, communing with some fellow rowers, and, on those rare occasions, touching the Divine.