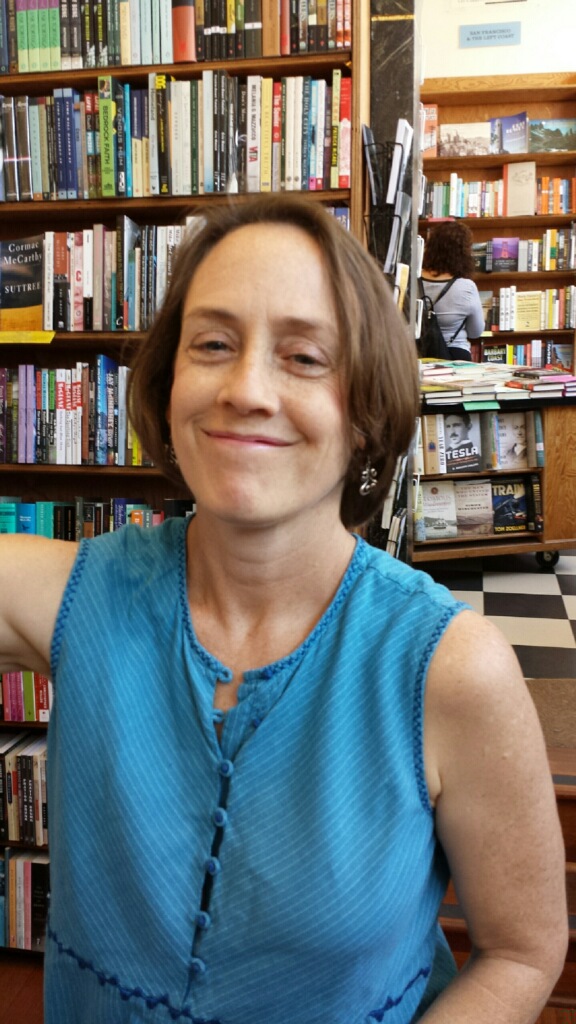 I’ve long admired my friend and regular Bacon contributor Lawrence Cook for having clear goals and working towards them with conviction.  I recently asked about her current goals.  “Right now, my goals are to look forward, pay it back, and listen,” she said.  “I’ve really been focused on being present and savoring each day.  And I can’t wait to savor some quality time with you and Pepper!”  (Pepper is my family’s brand new puppy, an adorable menace, who will certainly be featured in the days to come since she currently dominates my days and nights.)

Lawrence is pleased that her role at Deloitte has recently changed.  She won’t be traveling to India, Dallas, and New York as frequently and will have more of a chance to participate in Nashville’s community life.  She starts as a regular reader at Warner Elementary this week and welcomes any suggestions for reading aloud to a variety of ages.  For Lawrence’s bio and prior post, please click here.  Thanks to husband Charlie for the cute photo taken in the City Lights Bookstore in San Francisco last weekend.

Today, Lawrence shares her enthusiasm for a recent favorite read, The Luminaries by Eleanor Catton, last year’s winner of the Man Booker Prize.

If you are looking to escape into another place in time and to find a cast of characters who may temporarily become your new friends, then look no further than Eleanor Catton’s The Luminaries.  This book delivers hours of entertainment, and while the length of it may be daunting (848 pages and 2.5 pounds!), give it a chance.  You will not regret it.  The Man Booker Prize Committee knew what they were doing when they awarded Catton the prize in 2013.

Set in nineteenth-century New Zealand during the gold rush, The Luminaries begins with Walter Moody, who has just arrived in Hotkitika.  Moody seeks asylum from the “particular horrors of his journey” that he cannot begin to think about.  In the smoking room of the Crown Hotel while a storm rages outside, Moody believes that the others in the room are like him – fellow travelers coming to make their fortunes in the goldfields.  But Moody quickly learns that these twelve men have come together for another purpose altogether.  Within the first chapter, Moody is forced to disclose parts of his own story, and we soon learn about a missing local man, a prostitute who has attempted suicide, and a large stash of gold found in the home of a drunk.

The various characters include a greenstone hunter, a chaplin, a chemist, a justice’s clerk, and – one of my favorites – the goldsmith, Quee Long.  Catton explores the predicament of Chinese immigrants in New Zealand with compassion and honesty.  Quee tells his story with straightforward justice in mind, and you too will be compelled to seek revenge with him.

This novel is an unlike any that I have read recently, and it was a delightful change of pace.  Catton’s storytelling is intelligent, humorous, gothic, astrological and always first-rate.  (In fact, I wanted to write this post before researching more about the ways in which she layers meaning through the use of astrology.)  She packages each chapter in self-contained stories with tantalizing headings that preview the story in Twitter-like posts.  Each character tells her/his own story and weaves together a tale that is mesmerizing and all-consuming.  The character development and the pace of the story carries you along like a smooth sailing ship (unlike Walter’s horrifying journey), and you truly don’t want it to end.