On a rainy Saturday, Gary Shockley likes to read.  He also likes to get in a run and work in the yard (“there’s always something”).  On a sunny Saturday, the same – only drier.  What is it about the yard work, rain or shine?  He admits that he loves trimming hedges and weed-eating “for the illusion of wresting order from chaos, even if only briefly.”

He brings a similar desire for orderly resolution of chaos to his day job as a litigator.  Gary is a partner at Baker, Donelson and leader of the firm’s Government Regulatory Actions Group.  His interest in social justice runs deep, as his hours of pro bono practice and professional recognition demonstrate. He writes regularly on legal and historical matters and pens the occasional book review.  His play Tired of Waiting: A Dramatization of the Nashville Sit-in Trials was performed as part of Nashville Bar Association Law Day and won the American Bar Association’s National Law Day Outstanding Activity Award in 2010. 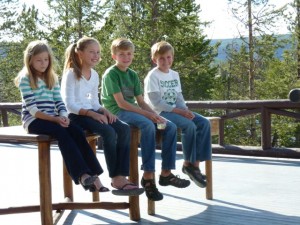 Weeknights and weekends often find him busy with his two sons, Connor and Graham, currently in 10th and 8th grades at USN.  I’m quite partial to these smart and handsome boys, having spent many an hour with them on family vacations and also around town with mom Caroline at local hot spots Lily’s Garden and the Adventure Science Center in years gone by.

Come Saturday night, Gary enjoys drinks and dinner, a movie, or a concert with Caroline and friends.  Once a month, on Friday night, he plays guitar with The Can’t Hardly Playboys in one of their homes.  “I’ve played the guitar most of my life and still aspire to achieve mediocrity,” he says (typically modest). 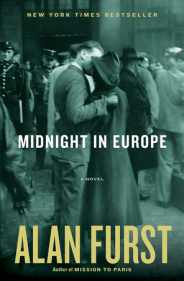 The best genre writers have the ability to transcend the clichés that confine their form, or perhaps more accurately, to redefine their own unique niche within them.  For historical espionage novelist Alan Furst, that time and place is Europe in the twilight years from 1933 to 1942, when the shadow of Fascism fell across the continent and freedom was snuffed out in country after country.  Often focused on neglected corners of the inter-war and early war years, Furst excels in bringing those sepia-tinged times to life.  Whether it’s a neon-lit Parisian fog, sinister Madrid alleyways, dark Berlin cellars, or snowy Aragonese battlefields, Furst gives us history with a novelist’s eye.

In his latest novel, Midnight in Europe, Furst tells the tale of Cristián Ferrar, an exiled Spanish lawyer practicing with Coudert Brothers in Paris.  From a seemingly innocent favor while on a trip to snow-clad New York in December 1937, Ferrar becomes entangled in buying contraband arms for the doomed Spanish Republic, which was then locked in mortal combat with Franco’s fascists at Teruel and along the Ebro River.  As Ferrar is drawn ever deeper into the intrigue of the Spanish Civil War and its Nazi and Soviet sponsors, he mixes with a Thirties rogue’s gallery, including a Polish arms buyer, Czech arms smuggler, Hungarian royalty, the Gestapo, Spanish diplomats, and assorted bureaucrats, opportunists, and fanatics.  His efforts to secure antitank guns and shells for the Republicans lead him to Berlin, Warsaw, Danzig, Odessa, Constanta, Istanbul, and Salonika, with frequent run-ins with secret police, smugglers, and gangsters along the way.  And, as in any Furst thriller, there’s plenty of time left over for romantic pursuits, as Ferrar navigates complicated personal liaisons with a Spanish Marquesa, his sometime New York girlfriend, and various femmes fatales with questionable morals and motives.

Like Hitchcock, Furst is fascinated by the plight of ordinary men and women caught in the cross-currents of events they only dimly understand.  In Cristián Ferrar, Furst has drawn a decent, even dull, lawyer who is drawn inexorably into the darkness consuming his native and adopted countries.  Like the characters in Casablanca, Furst’s protagonists are reluctant heroes who would prefer to go about their daily lives if the world would just stop falling apart around them.  The result is a sympathetic, believable protagonist, a perfect guide on the journey through a continent teetering on the brink of catastrophe – one undergoing its final dress rehearsal in Spain.

Furst has described his novels as separate chapters in a larger history of the competition between European intelligence agencies during the decade from 1933-42.  As might be expected in a series that has grown to thirteen novels, there are stronger and weaker chapters in this history.  While perhaps lacking the freshness of some of the earliest books (The World at Night (2002) comes to mind), Midnight in Europe compares favorably with several of the more recent ones.  Here, Furst’s strengths with atmosphere, period detail, geography, and politics are on full display.  To the average reader, he seems to get not only the guns and cars right but also the clothes, food, music, and feel of the era.  If his characters sometimes lack the rich ambiguity and emotional complexity of a John LeCarré, Graham Greene, or Hilary Mantel, these are quibbles.  We read books like Midnight in Europe to be transported to an exotic time and place and to experience the perils and pleasures of life on a knife’s edge.  In that category, Furst delivers.

One critic has compared Furst’s books to “Chopin nocturnes: timeless, transcendent, universal.”  Instead, I hear a Django Reinhardt song, perhaps the Nuages playing when Ferrar meets a Macedonian gangster at a crowded Montmartre nightclub.  Like Django’s gypsy jazz, Furst can play his song hot or cool, romantic or rebellious, tender or terrifying.  Midnight in Europe hits all those notes and the result easily transcends the genre.