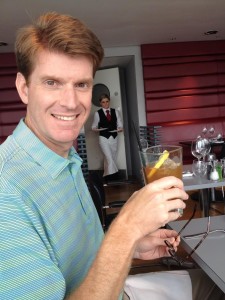 I might as well come clean on this.   I admire and even love some people who read substantial and thoughtful works of nonfiction, but I’m just not feeling it right now.  I get enough nonfiction in the newspaper and The New Yorker, with the occasional side dish of People.  When I sit down with a book, I’m looking for something else entirely.

It’s possible that this is a season of life thing.  It’s possible this is my Bruce Jenner moment:  call me Caitlyn, I’m only reading fiction from now on!  I’ll let you know.

In the meanwhile, my husband Gus is in charge of nonfiction in our house, in addition to being Pepper’s washer-in-chief.  Today, he shares his thoughts on A Spy Among Friends:  Kim Philby and the Great Betrayal, by Ben Macintyre.

Thank you, my smart friend Josie Robins, for loaning me your copy.  I’m so sorry I didn’t read it – but Gus loved it! 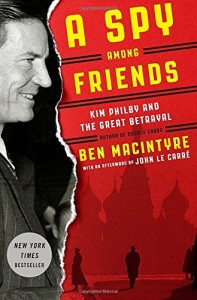 The story of Kim Philby, the notorious 20th century spy, is well-plowed ground, so I was slow to pick up this book when one of my friends gave it to me.  Then one of Jennifer’s friends gave it to her, not knowing she wouldn’t read it.  I finally grabbed one of these copies while rushing out the door for a long flight.

For those unfamiliar with the story of Harold Adrian Russell  “Kim” Philby, a short summary may be in order:  He was the son of a famous British adventurer; he attended elite schools and graduated in 1933 from Cambridge; and he became a Soviet spy who burrowed deep into the British foreign secret service, or MI6.  Indeed, he became head of counter-intelligence for MI6, and thus in charge of protecting it from Soviet penetration.  The fox was literally guarding the henhouse!

He was then sent to Washington, D.C., to serve as the liaison with the newly-established CIA.  Philby was even rumored to be in line to become the Chief of MI6.  From his position at the very center of western intelligence, Philby’s treachery would kill hundreds of people, some of which is documented in detail by Macintyre.

Philby’s loyalty was questioned in the early 1950s after two Cambridge friends in the intelligence service defected to the USSR.  He would resign from MI6 under pressure shortly thereafter.  Later still, he was publicly identified as a possible traitor; however, Philby mounted an effective public defense against the charge.  He was later reemployed by MI6 and stationed in Beirut, only to be confronted with new evidence in 1963, prompting his own defection to Moscow.

One reason is that Macintyre vividly portrays the strong class bias of England.  The smug tribe of the British elite could not conceive of treachery by one of its own.  If you belonged to the right London club, you could glide into MI6.  The Deputy Chief of MI6 asked Philby’s father over lunch (at their club) about his son being “a bit of a communist at Cambridge.”  Philly’s father replied, “Oh that was all schoolboy nonsense.”  The Deputy Chief then vouched for Philby during a background “investigation”:  “I was asked about him, and said I knew his people.”  Philby was aided and abetted by this class bias throughout his career as a Soviet spy.

The title, though, suggests the real reason to read Macintyre’s work – Philby was a spy “among friends.”  Macintyre notes that “friend” is slang for those in the secret service.  Philby generally betrayed his friends in the service, yet he also particularly betrayed those who thought they were among his genuine “friends,” especially Nick Elliott, who plays a central role in Macintyre’s rendering of Philby.

Elliott was also a product of the establishment – indeed, his father was the Headmaster at Eton.  Before attending Eton, Elliott attended a primary boarding school also attended by his later MI6 work colleague and close friend, Ian Fleming.  Macintyre describes that school as “a place with a tradition of brutality extreme even by the standards of British prep schools.”  Among the less brutal but perhaps no less demeaning practices: the wife of the headmaster “liked to read improving literature out loud in the evenings with her legs stretched out over two small boys while a third tickled the soles of her feet.” 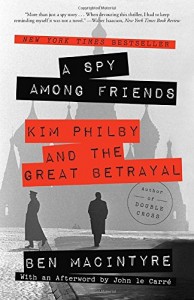 Recruited to MI6 at nearly the same time, Elliott and Philby became like brothers – at least to Elliott.  When Philby was suspected of treason in the 1950s, Elliott defended him within the service and helped engineer a public defense in Parliament when the suspicions about Philby leaked.  Elliott even helped secure Philby’s eventual return to service.  In the end, when the truth about Philby was no longer in doubt, whom did MI6 send to confront Philby in Beirut?  Elliott.  It is this personal story of betrayal that enlivens Macintyre’s account.

Macintyre also attempts to shed light on an enduring mystery:  Why was Philby confronted in Beirut and then allowed to stay out of custody?  Did the British want him to defect?

For those of you who, like Jennifer, prefer fiction, consider that John Le Carre’s own Tinker Tailor Soldier Spy is likely inspired by Philby’s life.  LeCarre, who knew and worked with Elliott, also pens an afterword to this book in which he includes his own, insightful recollections of his conversations with Elliott about Philby.

For those with a pop culture sensibility, many other interesting characters wander into Macintyre’s narrative.  Of course, there is Ian Fleming, the creator of James Bond.  The novelist Graham Greene, who also worked with Philby, would later model a character in The Third Man after him.  Miles Copeland served the CIA in Beirut and befriended Philby.  To our generation, Copeland is perhaps best known for the accomplishments of two of his sons:  Stewart, the drummer for The Police, and Miles, who produces records and manages Sting.

There’s something for everybody in this well-paced tale, which gains its narrative tension through the prism of the betrayal of an intense and long friendship.   Don’t wait until you have two copies to read it! 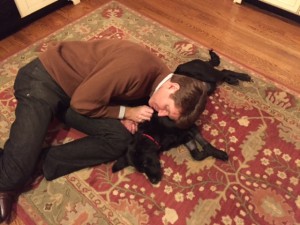 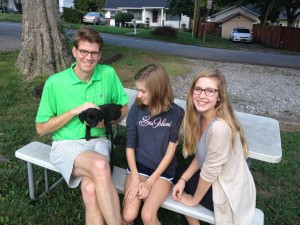