***I inadvertently sent a double helping of Bacon today.  Martha Ivester’s post was the only one I intended to run.  Please forgive the extra serving today!!***

Two distinguished American authors have recently passed away – Kent Haruf and James Salter.  Their dreams of love live on in ways that enchant and disturb. 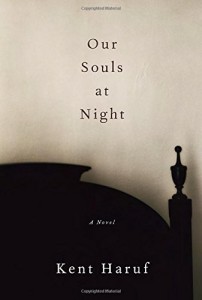 I began with Haruf’s latest, Our Souls at Night.  Haruf wrote this novel in the last nine months of his life, when he’d been diagnosed with a terminal illness, and it is in no small measure autobiographical.  It tells the story of Addie and Louis, an older couple who find love together late in life.  Addie knocks on Louis’s door one day with a modest proposal, asking if he’d like to come down to her house at night and share her bed:  to talk, to alleviate the loneliness.  He frets and worries and finally takes her up on it, and the relationship that grows is a thing of beauty.  When her son hears about what’s going on, though, things get complicated. 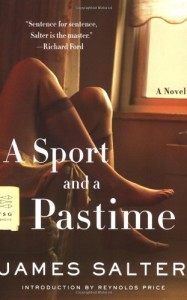 Right after finishing Our Souls at Night, I picked up James Salter’s A Sport and a Pastime.  Love again: this time at the very beginning of adult life.  Anne-Marie, an 18-year-old French waitress with an unpromising future, falls deeply in love with Dean, a Yale dropout and American who is frittering away his time and his father’s money in the French countryside.  It is possible that Dean falls deeply in love with her; he certainly enjoys having sex with her, many times, described very specifically.  This doesn’t have the feel of pornography, though; it feels more like Salter is bearing witness to the fevered intoxication of falling in love.  The novel is told from the perspective of Dean’s friend Billy, who suggests that some of the story might be the work of his own imagination: thus another level of complexity and interest.

I found this novel intoxicating and distressing in equal measure.  You know from an early point that it may not end well. 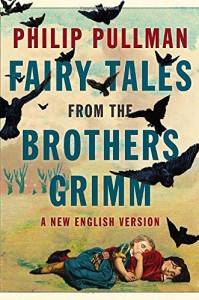 Each novel drives home the power – and limits – of romantic love.

I’ve been reading on the side the gorgeous retelling of Grimm’s Fairy Tales by Philip Pullman, published a few years ago.  It is an excellent counterpoint to Haruf and Salter.  The tellers of tales, in centuries past, also knew the power of love.  They knew that some of the best love stories end with “happily ever after.”