“When it comes to menopause/depression tips, why do typical lists of ‘solutions’ always look like activities one would do at a Finnish Christian work-study camp for moderately slow children?  Why is it always:

Sing!
Clean out your closets!
Organize your sock drawer (you’ll be amazed at how satisfying it is)!
Take a daily walk!
Hydrate, hydrate, hydrate!
Cut and arrange some fresh flowers in a pretty vase!

Have a pitcher of margaritas and just get …  bombed!
YouTube until your eyes bleed to see who’s fat in a bikini!
Eat raw chocolate-chip cookie dough until you puke!
How about a heady bit of Nordstrom’s shoplifting?!
Three words: Bang a sailor!” 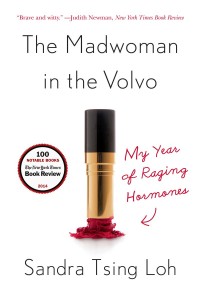 In The Madwoman in the Volvo, Sandra Tsing Loh recounts the story of her own perimenopausal meltdown – a torrid affair, a broken marriage – followed by the aftermath, finding every bit of black humor in it.  She questions the menopause garbage and pseudo-science on the market and walks you through what doctors do know about “the change.”  Raising two daughters, dealing with her aging father, and figuring out how to become a better person – Sandra Tsing Loh has written a modern day masterpiece of wit, humor, and, in the end, feeling.  At times I laughed so loudly while reading it that my dog Pepper actually stared at me.

“Now that my kids go back and forth between my ex-husband and me, I have periods of rest.  As  a consequence, I’ve been able to bring on an astonishing amount of high-quality parenting.  Ironically, here is the artisanal attention and care I was never able to provide as a full-time mother.”

On a new exercise regimen:

“The only problem I find with Fitness Scramble, populated mostly by women and led by a diminutive, fantastically fit blonde in a baseball cap, is that I neglected to have at least three lines of cocaine, or at least some amyl poppers, before starting.”

She contemplates how menopause was different for her mother’s generation, remembering the time when she and her sister had given her mother a Pyrex dish for her 49th birthday.  Her mother screamed and hurled the dish against the wall.

“Parenting has changed since the 1960s, and that means that menopause has changed… The bad news that follow is:  We are not allowed to have gothic moods in menopause, any more than we were allowed to have cigarettes and martinis during pregnancy… The good news, of course, is that, unlike my mother, I can actually talk about he changes age has wreaked upon my body.”

And talk she does.  Loh shares moments of deep anguish as well as revelation.  But you don’t feel exhausted at the end.  Somehow, instead, you feel both encouraged and energized.

I don’t know if there’s a good way to do menopause. Or perimenopause.  Loh got a lot wrong – and then she got a lot right.  I am grateful for the wisdom she shared and the laughs along the way.

My friend and fellow blogger Sine Thieme loved The Madwoman in the Volvo as well.  For her very funny take, click here.

Sandra Tsing Loh is a writer and performer who hosts the syndicated radio show “The Loh Down on Science.”  Here is how she describes herself at The Loh Down website (which is very cool and worth checking out):  “Sandra Tsing Loh earned her BS in physics at Caltech, from whom she won a Distinguished Alumna Award in 2001.  She sorely disappointed her Chinese engineer father, however, by pursuing a career in the liberal arts.  Aside from having been a regular contributor to NPR’s Morning Edition, APM’s Marketplace, and Ira Glass’ This American Life, she is the author of five books, including the New York Times notable Mother on Fire, which reflects her passionate commitment to quality public education for all.  Selected by Variety as one of America’s 50 most influential comedians, Loh has starred in two original hit solo shows off-Broadway and at the Geffen Playhouse, Seattle Repertory Theatre, and the Kennedy Center.  She is a contributing editor to the Atlantic Monthly and a composer whose music was featured in Jessica Yu’s 1998 Oscar-winning documentary Breathing Lessons.  Loh has two daughters and lives in Los Angeles.”

Other books by Loh: 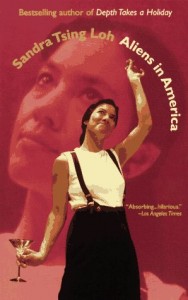 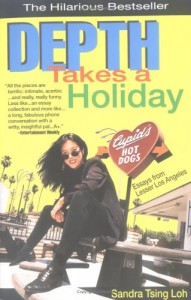 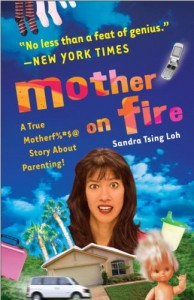 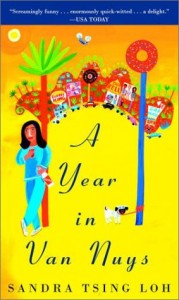 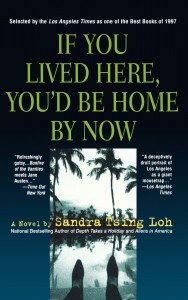