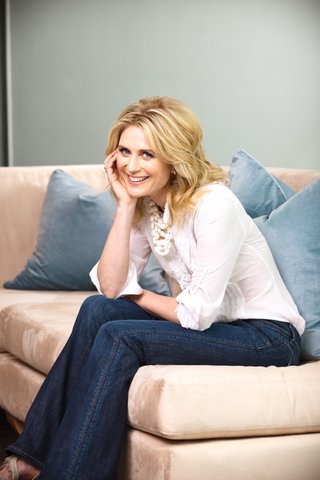 Julie Frist has nerves of steel.  You have to keep your cool when you’re taking flying lessons.  There’s a premium on a steady hand – and steady mind – when you’re a competitive golfer (she played at Yale).  You’ve got to be sharp every day at Goldman Sachs, where she worked before and after B-school.  Grace under pressure is just part of her story, though.  On a sunny day, her favorite thing in the world is to spend a day in the park with her kids and dogs, technology free.  “And I always love a good laugh!” she says, smiling.  “I don’t take myself too seriously.”  Julie’s a New York City girl who married a Southern gentleman, which is just exactly right.  Nerves of steel – and a heart of gold.

These days, Julie loves the challenge of parenting three children, ages 10 to 14.  “Nothing compares to the love and joy of having children,” she says.  “I want my children to feel comfortable in their own skin and really believe in themselves.  I hope they learn from me that not everything will go their way and that’s part of life.  I hope to encourage them to surround themselves with people they trust and respect and who bring them joy.”  She also tries to pass along what her parents did so right:  “They loved me unconditionally, trusted me (even when they shouldn’t have!) and always encouraged me to be myself and not worry so much about what others think.” 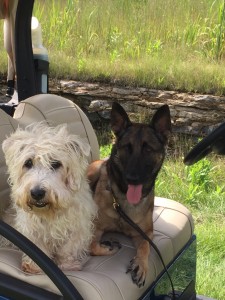 They also had dogs – always; “I can’t imagine my childhood without them,” she says.  She’s crazy for canines and currently has two, Athena and Rosie.  Athena is half German shepherd, half Belgian Malinois, while Rosie is a Glen of Imaal Terrier.  “Both are completely part of our family.  They go everywhere with us!”

Like many women trying to balance family and other obligations, Julie sometimes struggles.  The hardest lesson she’s learned lately is that “we can’t do it all perfectly.  Sometimes, good enough is good enough.”  Julie currently balances family time with Board commitments to Teach for America, Ensworth School, and CapStar Bank.  Other institutions she loves include the American Red Cross, Frist Center for the Visual Arts, the Oasis Center, and the Women’s Fund.

Having lived in Nashville for 13 years now, she has fully embraced it.  “Nashville is a great city with wonderful people who are kind, interesting and incredibly generous in every way.  I’ve lived in many places and can’t think of another city or town that has the same sense of community. It’s not even close.”  Her only complaint:  “About 80% of drivers are on their phones or texting.  This drives me crazy!”  For dinner out in town, top picks are Josephine and Rolf and Daughters.  She’s also “obsessed” with Leland Riggins’ caramel cake.  One word of caution: don’t get between her and a french fry.

On a rainy Saturday, you might find her inside reading or watching a movie.  Julie read a lot growing up, with fond memories of Charlotte’s Web, James and the Giant Peach, The Wind in the Willows, Harriet the Spy, The Old Man and the Sea, The Yearling, Pride and Prejudice, The Catcher in the Rye, The Prince of Tides… and all of the Judy Blume books, which she remembers thinking were deliciously taboo.  In her teens and twenties, she was often drawn to spy thrillers that made you think and taught you something about the world, novels like John le Carre’s The Spy Who Came in from the Cold and Ken Follett’s Lie Down with Lions.  Today, I’m thrilled for her to share her thoughts on a recent great read, I am Pilgrim, by Terry Hayes. 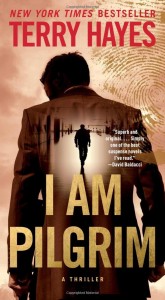 Every summer, I look forward to reading at least one great “page turner.”  I found that exact book in I am Pilgrim by Terry Hayes.  It came highly recommended from several friends as well as my mother and stepmother (who don’t agree on much).  While long (over 600 pages), I am Pilgrim is a fast-paced thriller that delivers an adventurous ride for its reader.  If you are looking for a literary masterpiece, then this is not your book.  However, you will love it if you are interested in a story of ingenuity and determination filled with great characters, a terrific plot, beautiful locations and meaningful references to historical events.  Not surprisingly, MGM studios has bought the rights to make it into a film.

Here is a quick synopsis:  The first chapter opens with a murder scene in a seedy hotel in NYC.  It appears to be an unsolvable case, and this is where we first meet the narrator and main character “Pilgrim,” also known as Scott Murdoch.  Pilgrim is America’s top covert intelligence agent. This baffling murder investigation soon intersects with a suspenseful plot where Pilgrim is racing against time to find a man known as the Saracen – an elusive jihadi terrorist who has a plan that will devastate the United States (think super-charged smallpox virus disguised as the flu vaccine).

I enjoyed this book for many reasons.  First and foremost, I was really impressed with how Hayes developed his two main characters – Pilgrim and the Saracen.  When they finally meet face to face in Bodrum, Turkey, I thought to myself, “I really know these guys.”  These are two very complicated men whose personal stories are fascinating and frightening.  Pilgrim was adopted at a young age by a wealthy family in Greenwich, Ct.  After graduating from Harvard, he is tapped to become a secret agent and soon finds himself running the country’s most covert intelligence organization, working deep in the shadows using multiple identities.  This guy is the real deal.  He is highly intelligent, a workaholic, attached to no one and willing to do whatever it takes to protect his country.  He admits why he was recruited: “I was smart, I had always been a loner and I was damaged deep in my soul.”  Exceptional and seemingly invincible, Pilgrim is also human and has a heart.

Saracen, the terrorist, is a perfect match for Pilgrim.  He is brilliant and deeply scarred from his childhood.  As a young boy, he witnessed the public beheading of his father whose only crime was that he criticized the House of Saud – the ruling dynasty of Saudi Arabia made up of the king, two hundred powerful princes and twenty thousand family members.  After his father’s execution, he vowed to seek revenge by attacking his native country’s largest supporter, the United States.  This man has a plan and it’s a good one – 9/11 would pale in comparison. 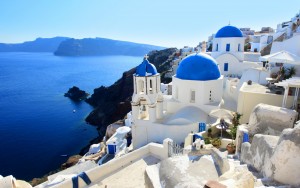 One of the most entertaining aspects of I am Pilgrim is how it transports the reader around the globe to beautiful and interesting places, each of which is described in detail.  As I turned each page with great anticipation, I traveled to NYC, Paris, London, Geneva, Santorini, Russia, Germany, Saudi Arabia, Afghanistan, Beirut, Washington and finally Bodrum, a beautiful coastal town in Turkey where everything comes to a head.  I have since created a new bucket list of travel destinations.

I also liked how this book forced me to think about issues in today’s world – rising extremism, bio-terrorism, the dangers of new technologies and the need for organizations like the NSA.  This is not some James Bond-type tale bloated with gratuitous action scenes and stunning women.  Instead, the author adds substance by using relevant references to historical events including WWII and 9/11.  Pilgrim writes about that day in September that we will never forget, “I had gotten up in the morning and, by the time I was ready for bed, it was a different planet: the world doesn’t change in front of your eyes, it changes behind your back.” 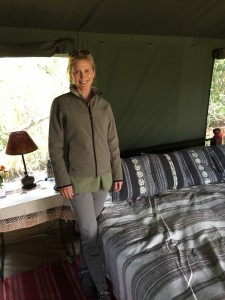 In the end, without giving the story away, it is one’s love of a child that seems to salvage everything.  Pilgrim, who doesn’t have any family, writes, “People say love is weak, but they’re wrong: love is strong.  In nearly everyone it trumps all other things – patriotism and ambition, religion and upbringing.  And every kind of love – the epic and the small, the noble and the base – the one that a parent has for their child is the greatest of them all.”  I couldn’t agree more, and I hope Pilgrim finds love in the sequel.