Oscar Mayer recently announced the launch of its “totally real dating app” called Sizzl:  “In love, as it is in bacon, it’s important to be discerning when selecting your perfect match and to never settle for less than the best.”

The stakes are high when you choose your next read, as well.  Today, I bring you a short list of the season’s most intriguing titles.  You won’t be alone reading any of these savory novels…

1 – Fates and Furies, by Lauren Groff 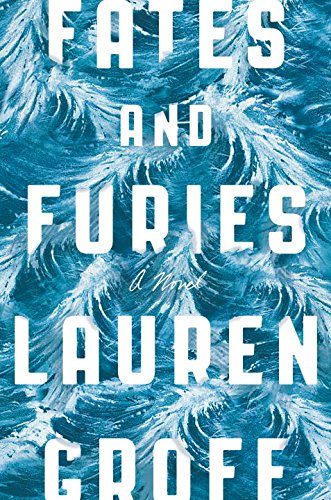 I bought this book a couple of days ago and it’s my next read; I’m counting on a full bodied red – intense yet supple – with aromatic notes of Greek mythology.

From Maria Browning at Chapter 16.org:  “Lauren Groff’s third novel, Fates and Furies, is a complicated animal – part love story, part tragedy, part black comedy.  It surveys the long marriage of a golden boy to a mystery girl, focusing on husband and wife in turn.  The shift in perspective brings revelations that muddy as much as they clarify, leaving the reader to ponder the possibility that a couple can love profoundly without ever really knowing each other at all.”

From Robin Black on the front page of the Sunday New York Times Book Review:  “…Lauren Groff’s remarkable new novel [insists] that the examination of a long-term relationship can be a perfect vehicle for exploring no less than the nature of existence – the domestic a doorway to the philosophical.” 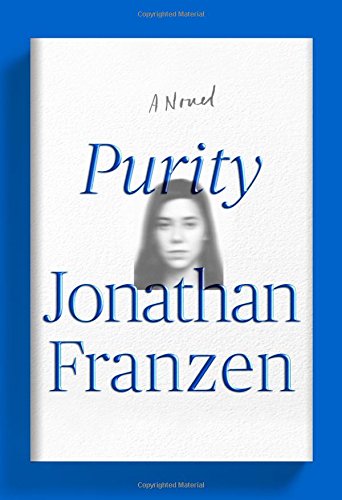 While finalizing this post, I’ve just returned from Franzen’s reading in Nashville as part of the Salon@615 series.

The famous novelist walks out on stage, looking very much the part in his black pants, black shirt, and hair in need of a trim.  He is handsome-ish, in a scruffy and slightly nerdy way.  For someone who seems a little awkward as he finds his place at the mike, he quickly settles in to a reading that is at times very funny – and every moment of which is engaging.  For the first time, I get the buzz about this guy.

Franzen thoughtfully, humorously, and patiently answers questions for the better part of 45 minutes – yet towards the end he publicly humiliates a little old man who asks an ill-considered question.  He could have just moved on to the next question, but he does not.

Maybe he’s a misanthrope; maybe he’s a genius; he certainly intrigued me, despite the chilling encounter with one questioner, and I’ll read Purity this fall.

From Buzzfeed:  “Acclaimed novelist Jonathan Franzen’s Purity is a sweeping, epic novel about a young girl named Purity “Pip” Tyler who is searching for her father and her identity.  A run-in with an activist from Germany lands Pip with an internship at a Bolivian collective that exposes secrets those in power would rather keep hidden.  Complex, globe-trotting, and provocative, Purity is one of the most anticipated books this fall.” 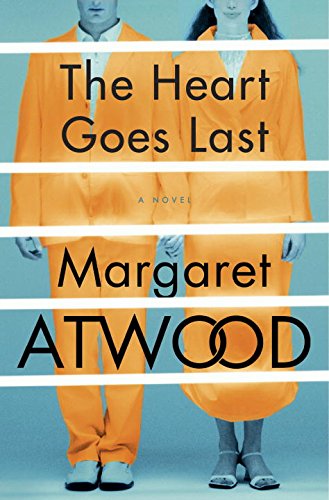 I’ve been reading Atwood my whole life and wouldn’t miss her new novel – you?

From Buzzfeed:  “The fourth installment in the Positron series, The Heart Goes Last is the story of a married couple who must find a way to survive in extremely dire economic times.  In desperation, they join the Positron Project in the town of Consilience, where residents alternate every month between living in comfortable homes and working as inmates in the prison.”

From The New York Times:  “The battle between monogamy and the reality of human desire, the intertwining of sex and dominance, of love and free will: These have been recurring themes over the span of Margaret Atwood’s prolific career. Whether it was the governmental sexual hypocrisy of The Handmaid’s Tale, the marital secrets and lies of The Blind Assassin or the genetically altered, polyamorous Crakers tribe of the MaddAddam trilogy…, Atwood has returned to this exploration repeatedly.  What keeps The Heart Goes Last fresh, as with the rest of Atwood’s recent work, is that while it revisits earlier themes of her oeuvre, it never replicates.  Rather, it reads like an exploration continued, with new surprises, both narratively and thematically, to be discovered.” 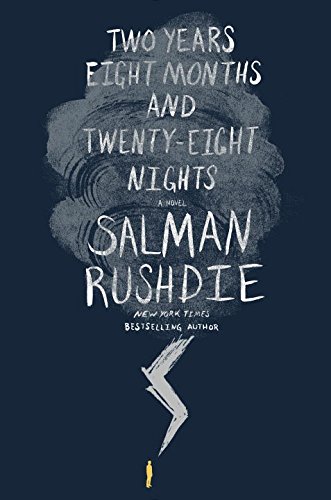 Rushdie’s first adult novel in 7 years promises to visit the subject that may be closest to Rushdie’s heart – religious fanaticism – without the heaviness you might expect.

Ron Charles in the Washington Post says Rushdie tells “an impish story” which he “unfurls as he darts around like Robin Williams till he’s blue in the face.  And how all this zaniness can convey such a thoughtful analysis of religious fanaticism is part of the novel’s spell.”

From the Huffington Post:  “Rushdie’s intoxicating brand of magical realism returns full force in this tale of the unwitting human descendants of an otherworldly jinn and a 1,001-night battle between the forces of light and darkness that throw the world into chaos.” 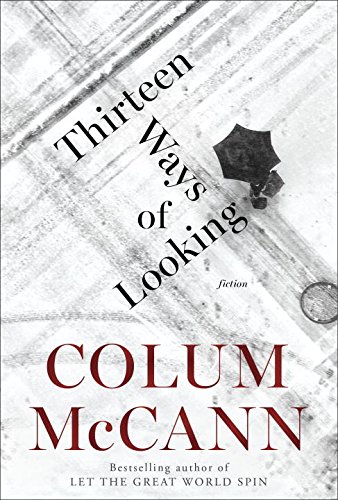 I loved Let the Great World Spin, and it is the reason I would pick this up.

From Kirkus review:  “A superbly crafted and deeply moving collection of fiction, with a provocative back story.  The Irish-born, New York–based McCann (who won the 2009 National Book Award for Let the Great World Spin) here offers four pieces of fiction that focus on the process of writing and the interplay between art and its inspiration. As he writes in a concluding Author’s Note, ‘Every word we write is autobiographical, perhaps most especially when we attempt to avoid the autobiographical.  For all its imagined moments, literature works in unimaginable ways.’ …As for autobiography: the title novella’s multilayered narrative evokes an incident that – amazingly – happened to McCann after he wrote the story, in which he was cold-cocked on the sidewalk by a stranger in a seemingly senseless attack.” 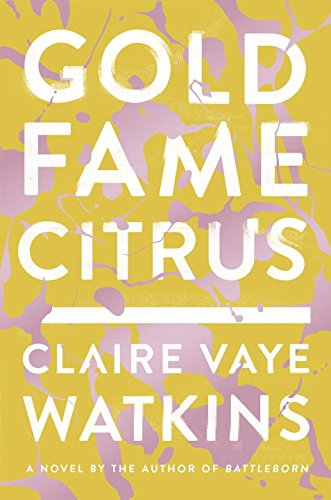 If you’re sick of dystopian novels, this probably isn’t for you.  I enjoy books about bleak futures.

From Kirkus Review:  “Watkins drew gasps of praise and international prizes for Battleborn (2013), 10 short stories that burrowed into Reno, Nevada, its history, and her own.  Now she clears the high bar of public expectation with a story set in a desiccated future where ‘practically everyone was thin now.’ …The ghost of John Muir meets a touch of Terry Gilliam.”

7 – Above the Waterfall, by Ron Rash 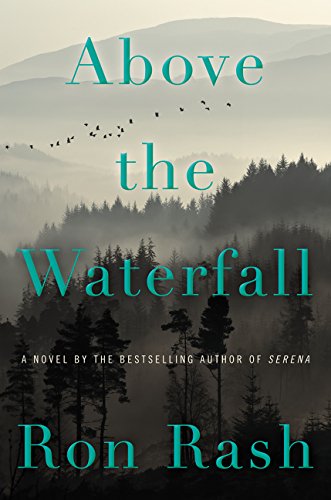 I’ve read a lot about Southern writer Ron Rash without ever reading his work, and this seems like a good place to start.  Ellen Gamerman profiled him recently in the Wall Street Journal Weekend Edition:  “The poet, short-story writer and novelist has followed an untraditional path to literary fame, attracting his first major publisher near the age of 50 and honing a gothic sensibility that has Hollywood calling. …The book, which alternates between traditional prose and a poetic voice, is set in the Appalachian Mountains that form the backdrop for most of Mr. Rash’s work.”

8 – After Alice, by Gregory Maguire 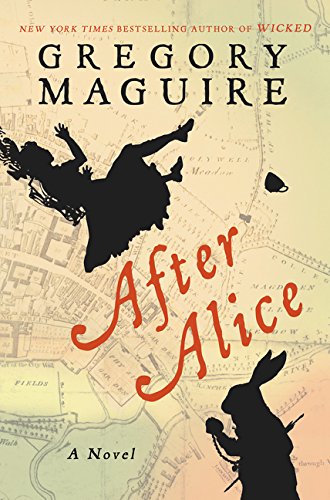 An Alice in Wonderland remix by the author of Wicked.  I am terribly curious to see where Mr. Maguire will take us!

There are many enticing and undoubtedly fabulous fall books that didn’t make the Bacon 8.

Below is a list of some of the other new novels by well-known authors receiving a lot of attention.  They’re out right now unless another release date is specified: 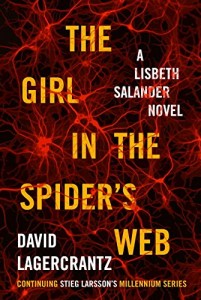 David Lagercrantz, The Girl in the Spider’s Web

Anthony Marra, The Tsar of Love and Techno

JoJo Moyes, After You

Soon, I’ll run a post on Debut Novels in the spotlight this fall.

Here are some excellent articles on Fall reads, and note that they don’t limit themselves to fiction (as I did in this post):

Please weigh in on any of the books I’ve mentioned in this post.  I’d love some reports from early readers – and I know others in the Bacon community would as well!