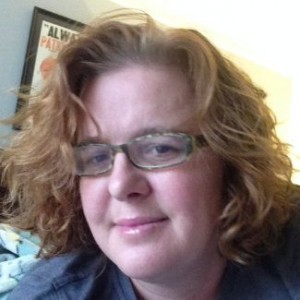 Serenity Gerbman has the prettiest name in Nashville, and it suits her.  I asked her about it recently.  “Serenity is my first name and Storme is my middle name,” she told me.  “My mother named me Serenity because the big peace festival Woodstock was happening at the time (although I was not born there!) and Storme because I was born during Hurricane Camille.  As  a child, it was weird and I didn’t like being different.  But I think I have grown into the name, and I appreciate the compliment!”

I believe she has, too.  You feel it when you’re around her – and you can hear it in her dreams.  On a day with no obligations, “I would most likely wake up early and take my dog, Boomer, to the nearby field for a good, long run.  I always take my binoculars and look at birds.  I’m going to 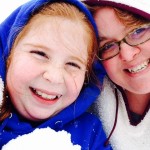 say this is a cold, winter day with the prospect of snow.  Maybe I will throw something in the slow cooker, like a pot roast.   And I’ll probably curl up by the fire with a book I’ve been saving and get lost for a few hours.  My people will be in the house, reading or playing.  And we’ll all come together late in the afternoon for a leisurely meal with lots of talk and laughter at the table.  After that, board games or a movie or both!  With any luck, the snow will be falling, and my daughter and I will bundle up and go for a walk before bed, enjoying the falling snow and the still, white night.”

It’s no surprise that Serenity’s vision of a perfect day includes reading by the fire:  she’s the Director of Literature and Language Programs at Humanities Tennessee.  It’s also no surprise that she grew up reading everything she could get her hands on.  As an adult, she’s gravitated towards William Maxwell, E.B. White, Barbara Pym, Virginia Woolf, Willa Cather, Eudora Welty, and Leo Tolstoy.  Recent favorite novels include Billy Lynn’s Long Half-Time Walk by Ben Fountain and the Patrick Melrose series by Edward St. Aubyn.

It’s not all reading, all the time for Serenity, of course.  The game Dicecapades is a big hit in her house lately (with 10-year-old daughter Callie).  She has also come to embrace exercise in middle age after a rocky start as a kid, when she played PeeWee softball:  “It’s really best not to speak of it.”

In the age old way of parents and children, Serenity is both learning from and teaching her daughter every day.  She’s learned “that my daughter is who she is.  This is not to say I have nothing to teach her, but I can see that her personality and her temperament are all her own.  So I hope what she learns from me is that people and experiences are more important than things, and that kindness toward others is our first duty as human beings.”

Today, Serenity shares her thoughts on a book you might like to curl up with by the fire in the cool days to come – The Outermost House, by Henry Beston. 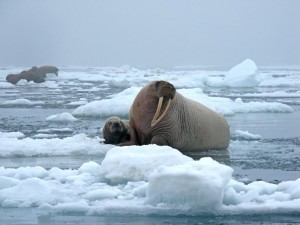 It was the walruses that got to me.

Like many, I imagine, I am apologetically removed from the inevitability of global warming, occasionally pausing with furrowed brow over dire warnings about melting ice floes and ever-hotter temperatures.  But then here is the incontrovertible fact of 35,000 walruses hauling onto a beach in Alaska; they have no place to rest while hunting because those ice floes melted.  In discussing the walruses and the crisis of global warming with a friend, he helpfully pointed out that there isn’t any question that the Earth will continue to exist in some form.  It’s our careless dominion over it that might cause our own and other species to end, or to evolve again.

So, as book nerds tend to do, I turned inward to try and make sense of things and to find solace, by re-reading a writer’s view of our natural world.

Eighty-seven years ago, a man named Henry Beston drew plans for a summer cottage on Cape Cod that a carpenter friend then built for him.  The cottage was two rooms, 20’ by 16’, and just thirty yards from the sea.  A middle-aged Harvard graduate, Breston had been an ambulance driver in World War I and had lived the peripatetic life of a teacher and writer since.  His short visit to the cottage became a yearlong sojoun:

“The fortnight ending, I lingered on, and as the year lengthened into autumn, the beauty and mystery of this earth and outer sea so possessed and held me that I could not go.  The world today is sick to its thin blood for lack of elemental things, for fire before the hands, for water welling from the earth, for air, for the dear earth itself underfoot.” 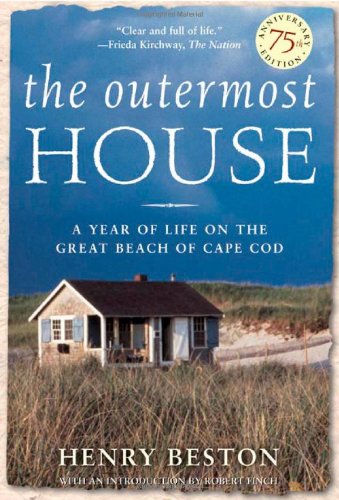 The memoir that resulted from this sojourn is The Outermost House, published in 1928 and considered now a classic of nature writing.  The language is beautiful, as when he describes his first autumn days on the island:

“On those lovely, cool September nights the level and quiescent dust of light which fills the sky is as autumnal in its coloring as the earth below.  There is autumn on the earth and autumn overhead.  The great isles of tawny orange smoldering into darkness, the paths of the channels stilled to twilight bronze, the scarlet meadows deepening to levels of purple and advancing night – all these mount, in exhalation of color, to the heavens.”

But as I am twenty years older than when I first read the book, and middle-aged myself, I see that Breton is poetic, but not naïve.  He describes the shipwrecks, five during his sojourn, whose crews are lost and boats crashed upon the shore.  He tells of seeing the women of the town coming down to receive their family’s share of fish, too precious to waste, from the cargo hold of a wrecked ship.  “Go about in the cottages,” he writes, “and you may sit in a chair taken from one great wreck and at a table from another.” Similarly, he describes the primal viciousness of animals on the hunt, an eagle with a junco in its talons, a cat prowling low upon the sand in search of prey.

Comparisons with Thoreau are inevitable, and like Thoreau, Beston did not live out his days in complete isolation.  His nearest neighbor was a Coast Guard station two miles away, whose watchmen would often stop in on their nightly patrols of the surf.  And twice a week, a friend met him on the road and took him into town for mail and supplies.  He appreciates this, noting that man is “a gregarious creature.”

Still, night after night Beston read alone by a fire, discerning the myriad sounds of the ocean outside.  He charted the goings-on of migratory birds, survived a brutal Nor’Easter, and walked to the beach at night to view the phosphorescence in total darkness. “A whole region was mine whose innermost natural life might shape itself to natural courses without the hindrances of man,” he wrote.  “No one came to kill, no one came to explore, no one even came to see.”

Many of us feel that pull to detach from the everyday world and be part of nature, if anything more now than ever, and that would make perfect sense to Beston.  We take technology sabbaticals.  We build greenways.  We visit national parks in record numbers.  As I write this, I fervently hope the clouds will clear so that I can witness the rare “blood moon” eclipse.

In the end, Beston was chronicling his year in Cape Cod for himself but also for a future world that makes him seem now prophetic:

“Do not dishonour the earth lest you dishonor the spirit of man.  Hold your hands out over the earth as over a flame…Touch the earth, love the earth, honour the earth, her plains, her valleys her hills and her seas; rest your spirit in her solitary places.  For the gifts of life are the earth’s and they are given to all.”

One hopes that Beston’s time in Cape Cod helped to heal his war trauma.  Upon leaving the cottage, Beston married his girlfriend of many years, bought a house on an island in Maine, reared two children and continued to write memoirs, poetry and children’s fairy tales until his death in 1968.

The cottage was donated to and used by the National Audubon Society until being destroyed by a Nor’Easter in 1978.