Bacon Readers:  I have an intellectual exercise for you today if you’re game.  Make a list of what you want.  Read that again:  What You Want.  Make it the most selfish list you can imagine, independent of any wish to please your spouse, your children, your parents, your friends, or society.  Do not consider limitations of time and money.

Why even think this way or make such a list?  To become better acquainted with that secretive mistress, desire, who so often drives us – we, sometimes blind to her power.  Robert Olen Butler (A Good Scent from a Strange Mountain) once said that yearning is absolutely central to fiction – perhaps because people are always yearning.

From Robert Olen Butler, From Where You Dream: The Process of Writing Fiction:

“Various stories you read may leave you a little cold, distanced – you may admire, maybe you have a kind of “smart” reaction – but nothing resonates in the marrow of your bones, and the reason is that the character’s yearning is not manifest.

This lack is interesting, because writers who aspire to a different kind of fiction – entertainment fiction, let’s call it, genre fiction – have never forgotten this necessity of the character’s yearning ….  The difference between the desires expressed in entertainment fiction and literary fiction is only a difference of level.  Instead of: I want a man, a woman, wealth, power, or to solve a mystery or to drive a stake through a vampire’s heart, a literary desire is on the order of: I yearn for self, I yearn for an identity, I yearn for a place in the universe, I yearn to connect to the other. But that there must be yearning the genre writers never forget.  We do. 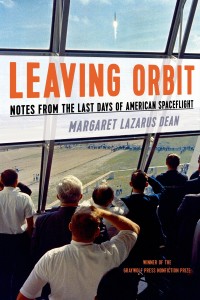 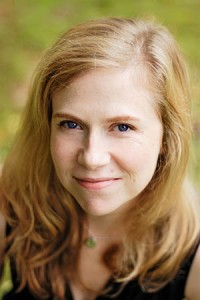 Desire runs forward – and backward (also answering to the name of regret).  Margaret Lazarus Dean is a professor at UT-Knoxville and has written a book full of yearning called Leaving Orbit: Notes from the Last Days of American Spaceflight.   From The Los Angeles Times:  “In 1969, the moon landing brought together a nation, millions slack-jawed in the glow of their televisions.  In 1986, the explosion of the Challenger became a defining moment for a generation of schoolchildren.  But how many of us remember the blastoff of Atlantis in 2011 – the final flight of NASA’s manned space shuttle program?”  Dean attempts to explain why in this “exuberant, wistful account,” paying particular attention to the last three launches from Cape Canaveral.  From The New York Times:  “When Ms. Dean simply lets her own love for spaceflight shine through… the result is a heartfelt paean to, and elegy for, a remarkable collective undertaking.  She captures both the science and poetry of NASA’s missions….”  I think she knows what Robert Olen Butler was talking about.

Come hear her at Parnassus this Friday at 6:30 pm before you go to dinner.  In the meantime, think about that list.