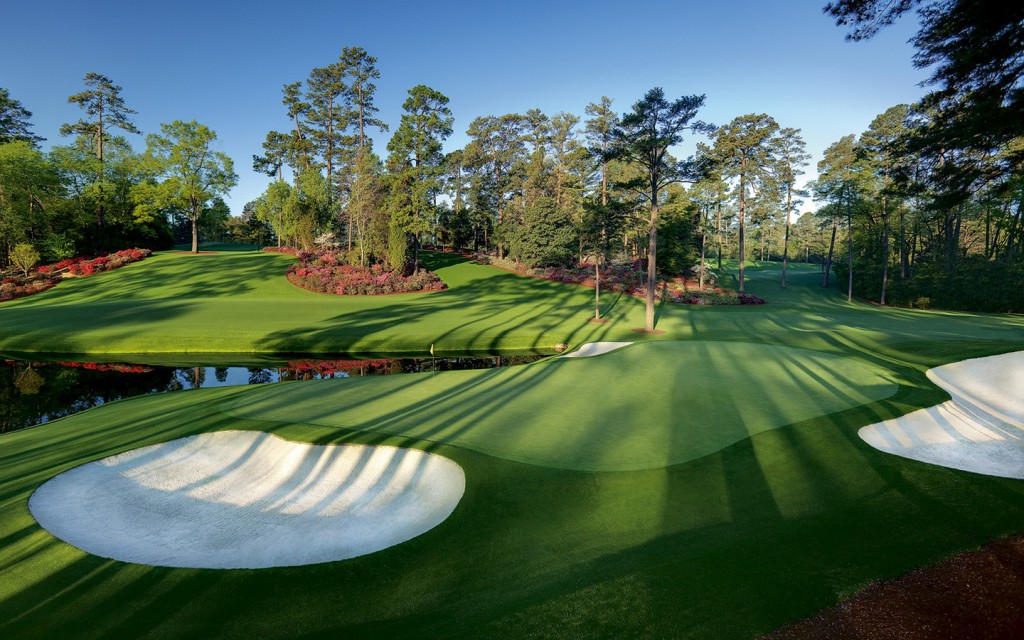 Augusta National Golf Club is as beautiful in person as it is on TV, manicured perfection.  The azaleas!  The pines!  The greens!  The only piece of debris I saw during two full days among thousands of people was one orange slice which had originally been garnish in a beer.

Augusta National Golf Club also reeks with the stench of cigar smoke during the Masters.  In the Eden of golf, the TV commentators don’t mention it.  I can’t blame them!  It was a stinky surprise.

I made note of a few other things at the Masters – life lessons learned or refreshed.  Maybe one will be helpful to you.

1.  When a friend who has previously been to an event tells you to wear tennis shoes or running shoes – actual athletic footwear – listen to your friend.

One example of bad decision-making: 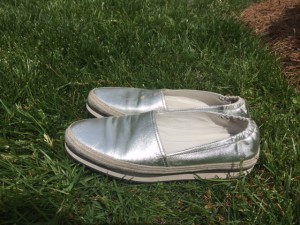 requiring an after-hours trip to Dick’s Sporting Goods Store to buy shoes that look like this: 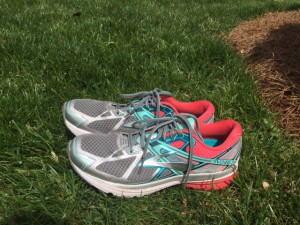 (an expensive mistake when you didn’t need the shoes otherwise).

2.  Beware of clothing that is too tight, on or off the course.

Saturday is known as “Moving Day” at the Masters:  you’re either putting yourself in position to be a competitor on Sunday or you’re losing that position.  Rory McIlroy’s liquid silver shirt and snug white pants may explain his terrible “Moving Day.” 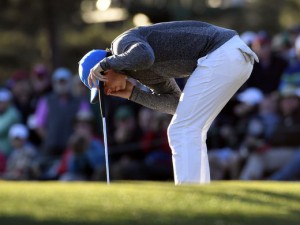 Off the course, I observed one man wearing the pants below, but the fit was significantly different.  And troubling.  Note to self:  too tight is unfortunate for all, the wearer and the observer. 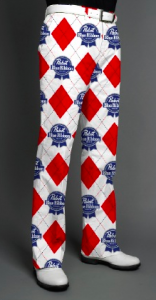 3.  Don’t drink too much; you risk being an idiot.

Beer is the only alcoholic beverage sold at the Masters, so there was no danger I’d overindulge.  There was danger for others.  I’m a total Anglophile and inclined to give anyone with that sexy accent the benefit of the doubt, but the fella in front of us watching play at the 9th hole turned around right after Matsuyama sank a beautiful putt and said to my husband with a sneer, “He may be the first Jap to win this!  That would be like Pearl Harbor!”

“Not really,” my husband replied coolly.  The Englishman, flush already with beer, flushed a shade darker and relocated shortly thereafter. 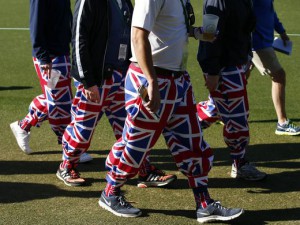 4.  A whole day away from your cell phone, especially when everyone around you is away from theirs, is like time traveling to an odd and beautiful place – familiar yet strange – if somewhat inconvenient.  It’s worth visiting if you can.

“No cell phones” is not some kind of strong suggestion at the Masters.  It’s a hard ass policy.  You can be kicked out and permanently disallowed from purchasing a ticket again if caught in possession or use of a phone.  I suffered semi-intense withdrawal the first day and enjoyed a strange and wonderful lightness the second. 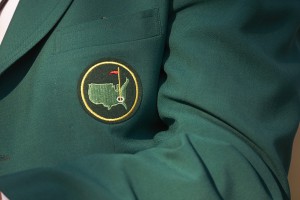 Interestingly, the only violator we observed was an Augusta National member: you could tell because the members wear their signature green jackets during the tournament.  We were in the gallery by the 5th hole when a member got out his phone and took his time checking emails or the scores or whatever.  He was neither furtive nor rushed, but rather seemed to enjoy flouting the rules.  Perhaps he was above the rules!  Everyone in the crowd nearby was aware of his breach of etiquette.  “What a cock,” one observer near us commented, to general murmured agreement.  “If only I’d had my cell phone, I could have snapped a picture of him,” my husband noted regretfully.

You may find yourself tripping spectacularly, falling forward onto your hands and knees while your hand hotties fly backwards out of your pockets and a collective gasp goes up among the crowd as if the leader has just double bogeyed.  Time stands still as you struggle to regain your footing if not your personal dignity. 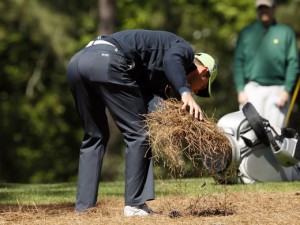 6.  If you get separated from your crowd, don’t panic.

My friend was lost at the Masters for 3 hours on Friday afternoon.  She prefers to call it “separated.”  I think she gets the last word given her brilliant strategic moves post-separation.  I worried my way through the afternoon – worrying about a perfectly capable adult woman – though we had agreed to meet at the back gate at the end of the day if this exact thing happened.  She bought a beer and some peanuts and sat in the stands at the 17th hole enjoying the tournament.  Towards the end of the day, she worked her way to our car.  Not finding us there, she headed to the back gate, where we found her.  “That’s my kinda gal,” said our host.  I have something to aspire to!  Who am I kidding.  But this is a lesson I’ll try especially hard to learn from my first (and only?) Masters.

Congratulations to winner Danny Willett!  Congratulations also to Jordan Spieth on a remarkable recovery and an incredibly gracious interview at the end of a hard day.