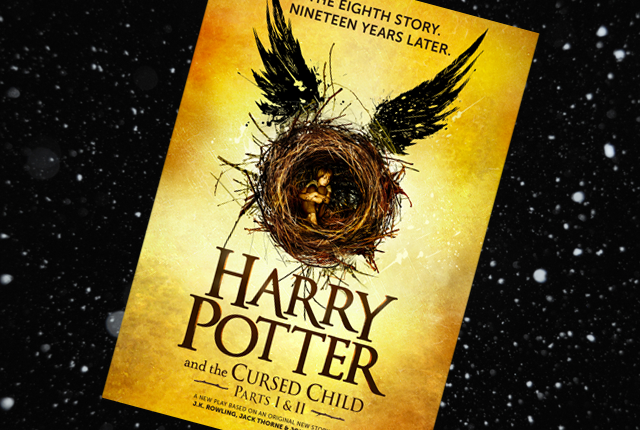 “Harry Potter and the Cursed Child” feels like the Cliff Notes of the book I really want to read.  Imagine Harry Potter and the Sorcerer’s Stone – or any other book in the series – with everything redacted except the dialogue.  It’s one lick of an ice cream cone.  One sip of an ice cold Coke.  One nibble of the Turkish delight the White Witch kept from Edmund.  It was a crushing disappointment – yet I’d buy it again in a heartbeat!  I loved every moment while yearning for more.

J.K. Rowling works her magic anew with the next generation.  Harry and Ginny’s second son, Albus, has Daddy issues.  Can you blame him?  So does Draco’s son Scorpius, rumored to be the biological son of Voldemort.  Albus and Scorpius find each other on the train to Hogwart’s and become the unlikeliest and closest of friends.  Things get complicated when they decide to go back in time to right an injustice  and accidentally affect the larger sweep of history.

One of the great pleasures of this script is spending time in the company of favorite characters:  Harry, Ron, Hermione, Draco – even Snape and Dumbledore! – all sound just like themselves, brilliantly so.  (I could take or leave Ginny, then and now.)  Harry and Draco in particular have grown and changed in believable, compelling ways.  Albus and Scorpius jump off the page with life, products of their families and yet entirely believable as independent characters.  Just like real children, you know.

May I be ungenerous for a moment?  Deep breath… I suppose the script felt a bit halfhearted to me.  It felt like Rowling had a glorious idea for a sequel and didn’t have the time or interest to flesh it out.  The script, co-written with John Tiffany and Jack Thorne, felt like the outline of a book, gussied up, taking advantage of the scenery we already have in our minds from the books and movies.

Okay, I’ve gotten that off my chest.  I’ll give the last word to Dumbledore (from Act Four, Scene Four):

Dumbledore:  Harry, there is never a perfect answer in this messy, emotional world.  Perfection is beyond the reach of humankind, beyond the reach of magic.  In every shining moment of happiness is that drop of poison: the knowledge that pain will come again.  Be honest to those you love, show your pain.  To suffer is as human as to breathe.

He’s always wisest in the end.