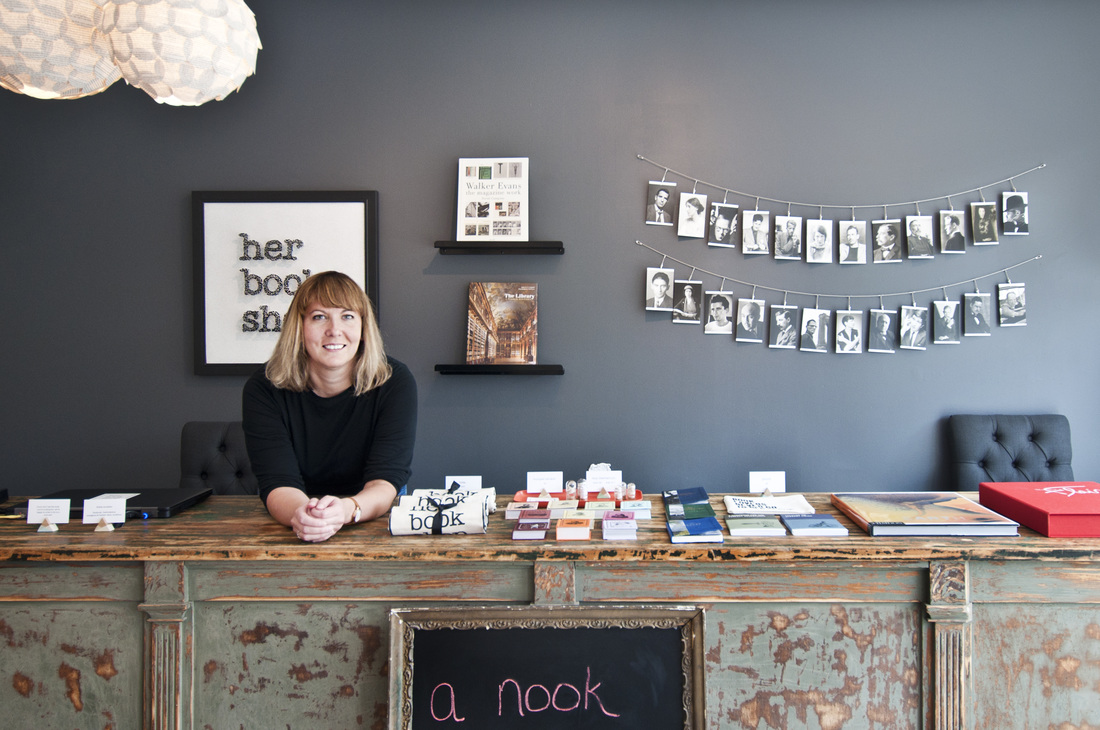 “I fulfilled two dreams this year,” said Joelle Herr, smiling, “opening a bookstore and naming a dog ‘Scooby’.”  Scooby joined Maisie, named after the heroine in a Henry James novel, and Her Bookshop joined the ranks of wonderful Nashville booksellers owned by authors. 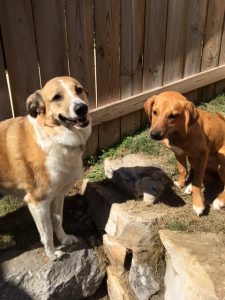 Joelle calls Her Bookshop “a nook for people who love beautiful books,” and you won’t find a lovelier little jewel box of a bookstore.  She’s not competing with “a particular online giant” or even our larger-than-life local bookstore, Parnassus.  Instead, she’s curated a collection of beautiful, artsy, funny gift books that range from literature to gardening to coloring to edgier material, with many at $20 and under.  Joelle is a Harpeth Hall grad living in East Nashville, and her store’s vibe reflects both worlds. 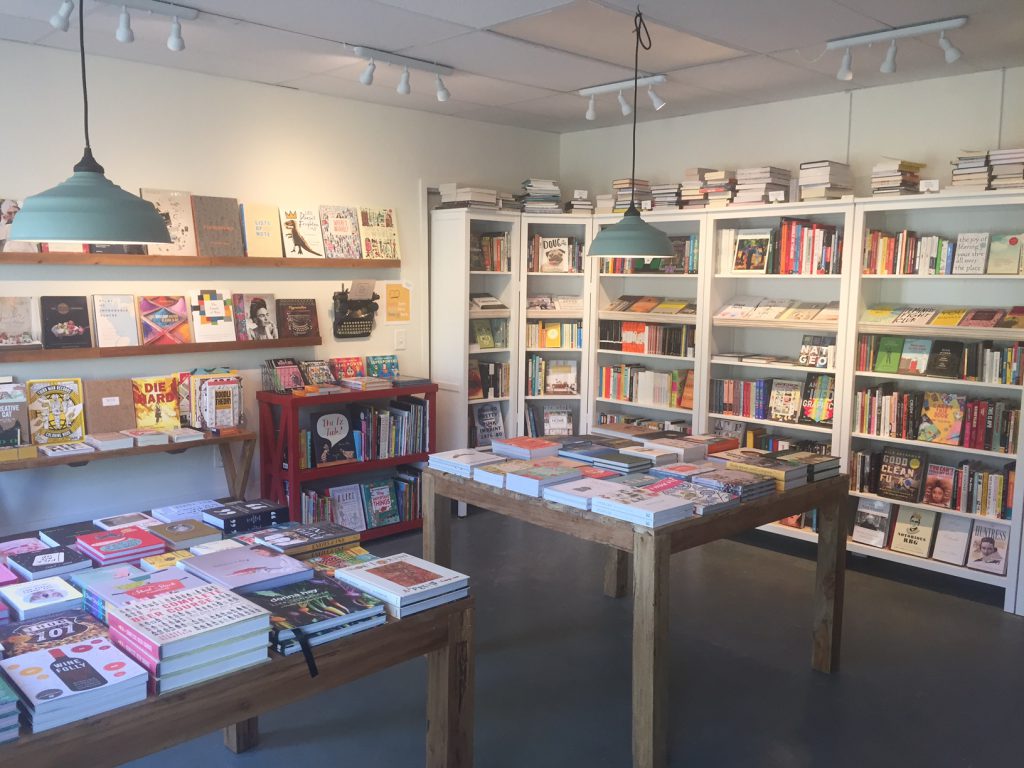 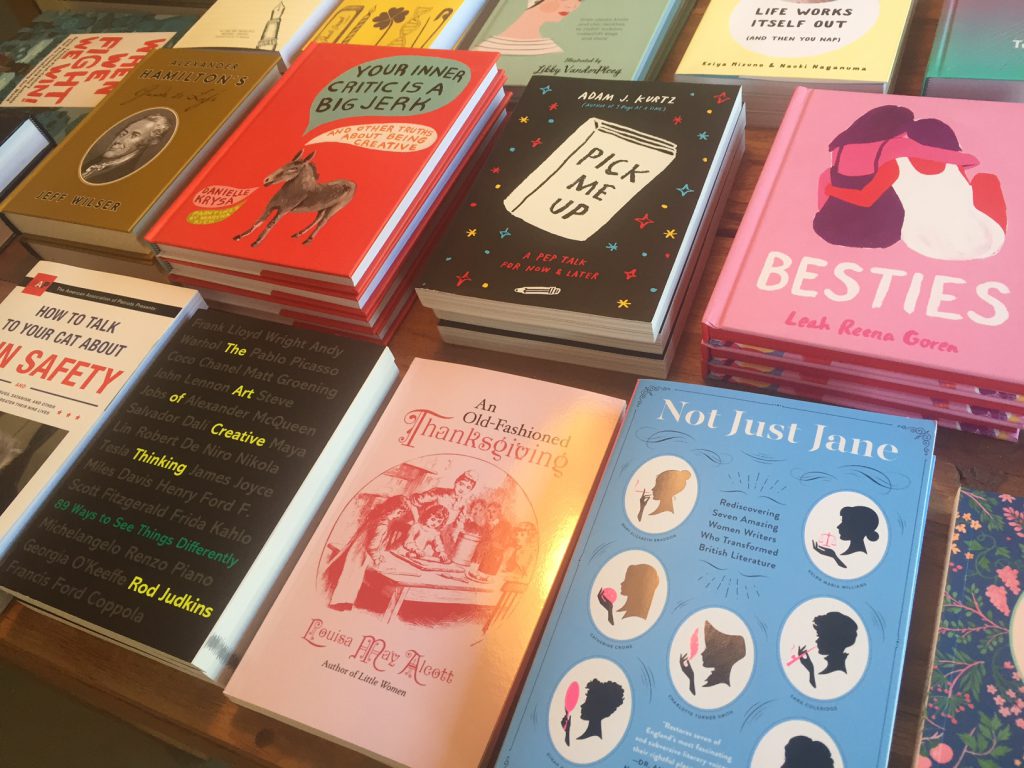 Joelle was born in Portland, Oregon, but her family moved to Franklin, Tennessee, when she was 4 years old.  They moved to Nashville proper (Green Hills) around the time she entered 7th grade at Harpeth Hall.  Since graduating from college, she’s worked in the publishing industry for 20 years.  She has also written more than fifteen books that she describes as “mostly humorous and literature-centric,” including The Jane Austen Kama Sutra, The Wit and Wisdom of Jane Austen (coming Feb. 2017), and A Far, Far, Better Thing to Do: A Lit Lover’s Activity Book (coming July 2017). 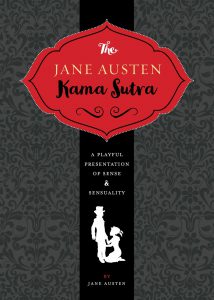 Joelle and I sat down behind the counter in her store recently.  “I can’t remember a time when I wasn’t all about books,” she said.  “I was that kid who was always reading, always loved books.  I majored in English then I went straight into the publishing world.  Owning my own bookstore was always a dream, but I wasn’t sure I’d ever really do it.”

When she moved back to Nashville 5 years ago after what she calls a “gypsy life,” with time spent on both coasts, Joelle began freelancing for a variety of publishers.  She always enjoyed that work, but felt a bit isolated.  She was looking at office space for herself this past spring and had an epiphany: “I don’t want an office.  I want to own a bookstore.  And I’m not getting any younger!”   She decided to go for it.  Three months later – on July 19th – she opened her doors for business.  You heard me right:  three months later.

“I’ll never forget my first customer,” Joelle told me.  “I opened the store at 2:00 that afternoon.  A girl came in who reminded me so much of myself – maybe 12 or 13 years old – she had glasses – and spent a very long time looking around.  She bought one book then ran home to get more money to buy another.”  You can imagine the radiant smile on Joelle’s face. 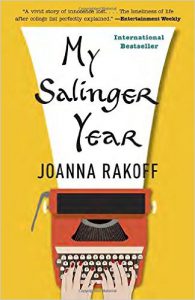 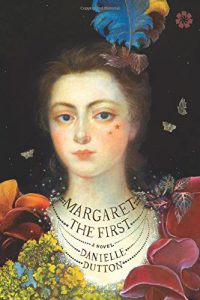 She’s thrilled to be partnering with the Porch Writers’ Collective to host an every-other-month book club, Better Off Read (“focusing on books that you’ll definitely be better off having read”).  The first session, discussing My Salinger Year by Joanna Rakoff, filled up very quickly.  The second session, coming in January and discussing Margaret the First by Danielle Dutton, filled up in one day.  Check the website for details on more opportunities and store hours.

You’ll also want to hop on the interstate (or walk down the block) to check out Her Bookshop for holiday gifts!  It took me 13 minutes at noon on a weekday from my house in Green Hills.  It’s in a cozy neighborhood shopping area called “The Shoppes at Fatherland” that has a great juice bar and other small boutiques.  This area serves an incubator for new young businesses, so the energy is just terrific.  It had the unmistakeable feel of a place where dreams come true.

Something Joelle has learned from owning her own business? “I’m not above using a cliche every now and then, and one that’s become a bit of a mantra in the past few months since opening the shop is ‘expect the unexpected.’  I spent twenty years being an editor, much of which revolved around rules (as in, grammar), order, and tidiness.  In so many ways, retail is like the Wild, Wild West in comparison.  Just when I think I have something – a pattern or trend, say – figured out, the opposite happens.  Perhaps it’s the nature of having a new business or being new to business, myself, but I’ve discovered that I need to let go of my need or affinity for control, as related to at least some aspects of being a small business owner.  The survival of my business depends, ultimately, on other people – whether they choose to come into my store and purchase books.  So, I do my best not to be distracted by slow days and instead focus on offering the most unique, irresistible books I can possibly find, in a warm, inviting shop, believing that, if I build it, they will come.  (Yes, another cliche.)”

Good luck, Joelle!  I’m rooting for you, and I’ll come. 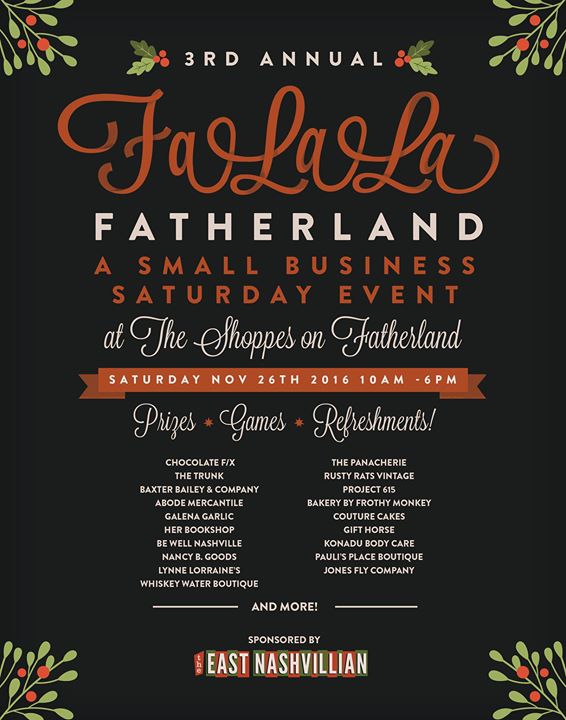