There’s a place just beyond where the Grickle-grass grows, in a far back corner of the yard: the Bamboo Forest. Many long years ago, when people long since dead were alive, grandmother planted bamboo because she thought it was pretty. It grew, and grew, and grew. Now it is a the deep, dark Bamboo Forest where no one goes.

“I heard something there,” Pepper whispered to me one night. She’d been out after dark.

“What do you think it was?” I asked, concerned.

“Something big and dark and scary,” she confessed. “I heard a very unhappy rumbling and grumbling. I thought about barking, but then I decided to come in.”

“A smart pup,” I praised her, relieved.

“What… what do you think it was?” she asked, and I could tell she really wanted to know  – and she did not. I had to make a hard decision about what to tell her. She snuggled in close on the small sofa in the kitchen, one of her favorite spots. I hesitated.

“It’s a Hideous Troll,” I finally told her, for in truth she was old enough to know.

“What is a Hideous Troll doing in our yard?” she mustered the courage to ask.

“It’s absolutely terrible,” I answered, in hushed tones. “It’s in the wrong story. It’s supposed to be living under a bridge, requiring travelers to answer riddles. It got lost and ended up here. Yet it stays where it is, unable to move, due to fear or inertia.”

“It’s in the wrong story,” she echoed.

“Never you,” I stated firmly, “you are just where you belong,” and I knew that much was true. 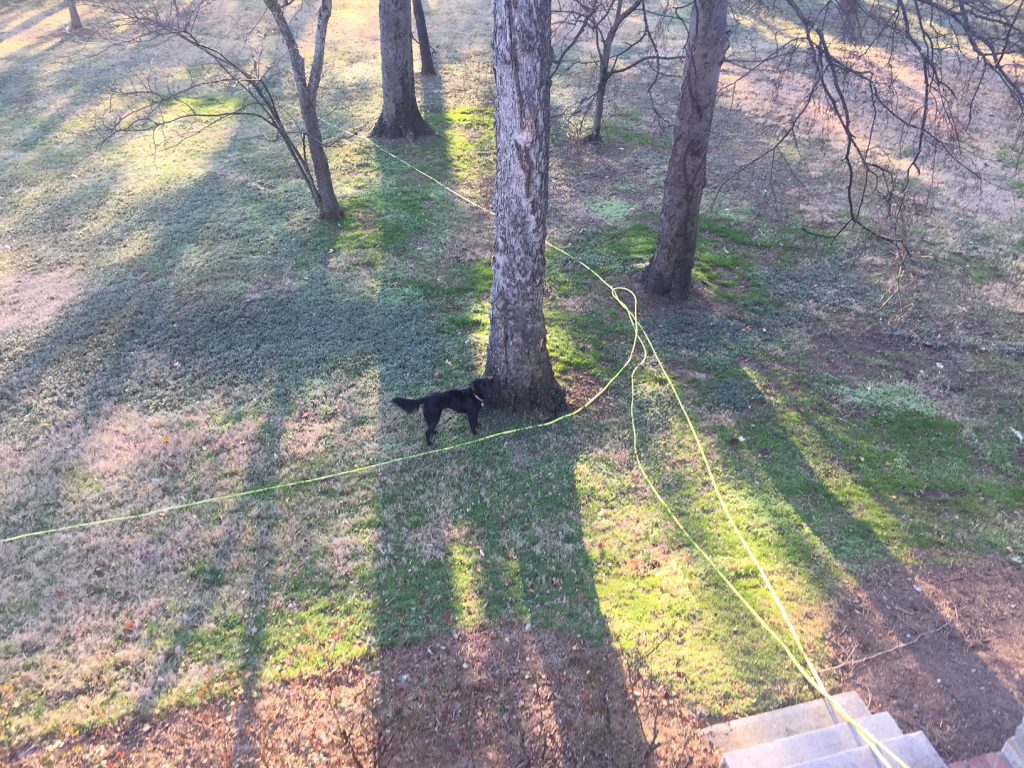 Top image of bamboo forest: http://parisisawoman.com/6-must-visit-tourist-spots-in-kyoto/ (Couldn’t get a good nighttime photo in my yard)