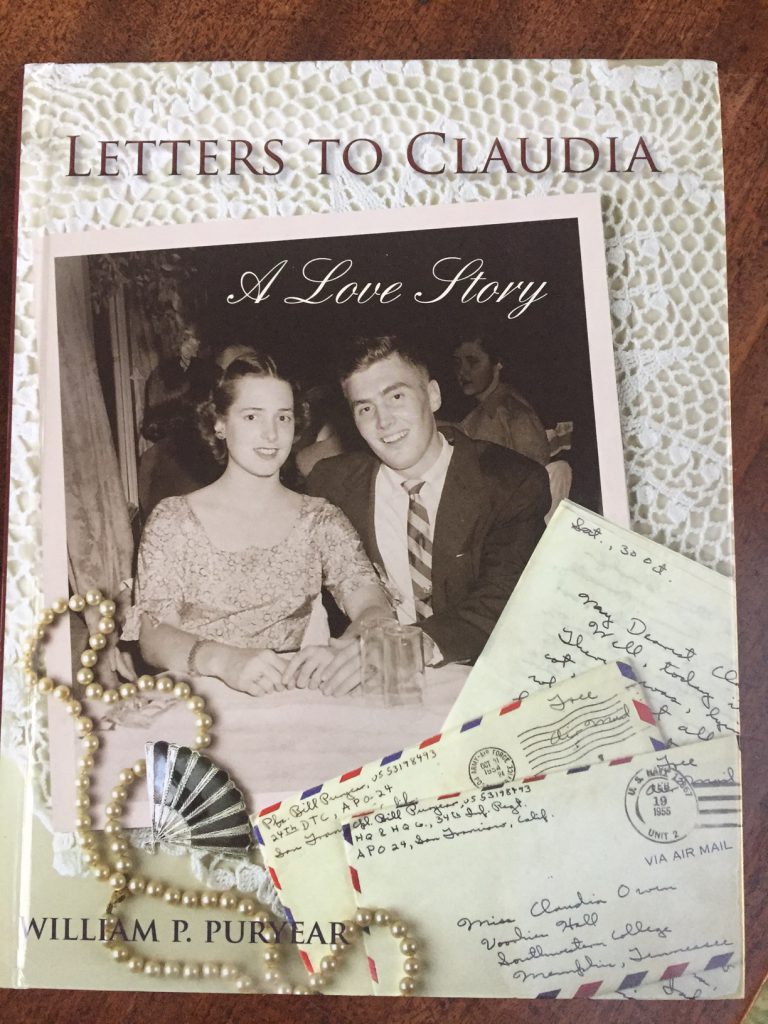 The year is 1954. A young man stationed at Fort Rucker, Alabama, writes a letter to his sweetheart back home in Tennessee. He will soon be deployed to Korea, the 38th Parallel. Join me today for a true story with a beautiful ending… “happily ever after.”

I’m pretty exhausted tonight from doing so much nothing today. Honest, we do about three or four hours of work a day, now. That’s three or four more than the rest of the troops. The trouble is, it’s too good to last. Everybody from the general on down is ‘goofing off,’ just waiting around for moving day… And then, of course, every soldier out in the field looks like a walking library. You can find samplings of literature ranging from Donald Duck to Bacon’s Essays. I read a very good article on ‘bop’ and ‘progressive jazz’ vs. popular music and ‘Dixieland’ today…

Spring is here, and it’s no longer subtle about it either. Days like today almost make me forsake autumn. Good day for day dreaming too. I guess I must have planned about thirty different ways for us to spend Springtime Saturday afternoons together (Sunday’s too). Every day in every way, I love you, Darling, more and more. 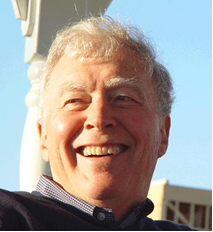 Today’s post features both fictional and nonfictional accounts of love in time of war thanks to Bill Puryear.

Bill has recently published a beautiful collection of over 200 of his letters from the front lines in Korea in Letters to Claudia: A Love Story.

“Sixty years ago, when I was in the Korean War, serving along the 38th Parallel there, Claudia was Homecoming Queen and a beautiful celebrity at Southwestern at Memphis (now Rhodes). It was in that day the most social of colleges; parties and dances with evening gowns and tuxedos were frequent and elaborate. She was pictured with a different escort at each of them. But she saved the last dance for me.

While this book may hold some interest to readers as a period piece, describing politics, personalities and music of the Fifties, or as a travelogue of the exotic Far East, it is first of all a love story, telling of my discovery of one who turned my life around and who fulfilled my very being.”

Bill and Claudia met at as juniors in high school at the state Beta Club Convention, and the sparks flew. He lived in Gallatin and she in Covington, which meant they’d have to keep in touch by letter and phone. They did, seeing each other on occasion as well, even as she began college at Southwestern at Memphis and he at Vanderbilt. 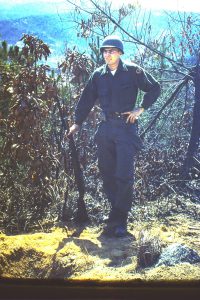 In August of 1953, right before junior year, Bill and his friend Stokely Dismukes enlisted in the Army. After basic training in Camp Rucker, Alabama, they were sent to Korea. Over the next year and a half, Bill and Claudia’s correspondence only deepened their knowledge of each other and yearning to be together. Though few of her letters to him survive, his letters to her did – and they convey both a beautiful love story and a young man’s experience of Army life and war. The collection includes letters chronicling his impressions of Camp Rucker; Fort Benning, Georgia; Tacoma and Mt. Ranier, Washington; Alaska; Hiroshima and Nagasaki; Madame Butterfly’s home; Seoul, Korea; and the Japanese Naval Academy.

“My years of letters hit their mark,” Bill writes.

“In one of the last surviving of her letters to me, she writes: ‘Surely I feel like one of the most loved individuals on earth.’

Surely God will agree with me that she was. And is.”

Bill and Claudia shared 60 years of happy marriage with five children, thirteen grandchildren, and one great-grandchild. 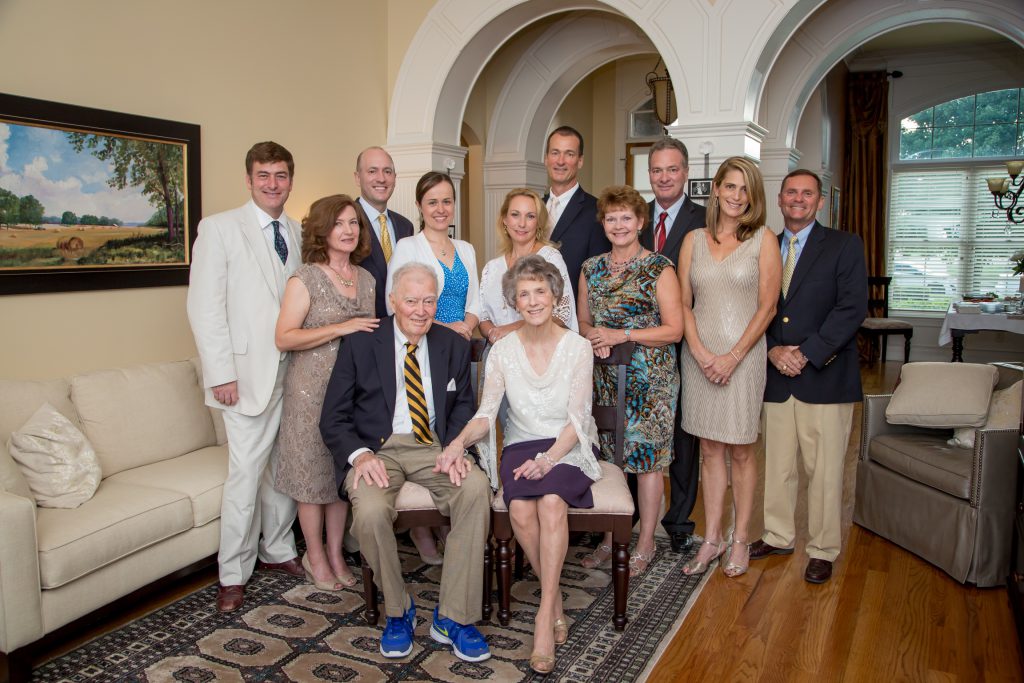 Today, Bill shares his thoughts on the novel Painted Trillium, by Robert Brandt, a love story set during the Civil War. 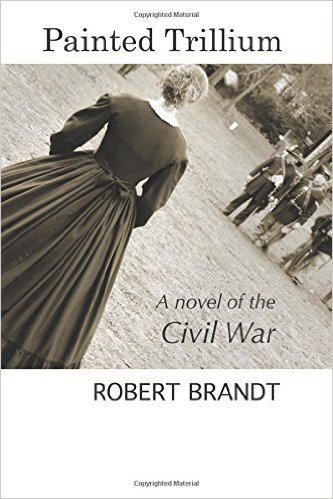 From Bill:  It is said that fiction can tell us more about ourselves than nonfiction. In this, his first venture into fiction, historical and travel writer Bob Brandt proves the truth of that axiom, and where better than in a novel of love in time of war?

After one of the bloodiest battles of our Civil War, Murfreesboro, an unescorted southern woman is traveling alone, in a rail car crowded with wounded Federal troops. Thus begins this story, leading to 213 fast-moving pages of adventure, with a surprising resolution.

Carrie Blaylock is returning from her family home in Murfreesboro to Nashville, where she teaches school. The year is 1863, and the Confederate army is withdrawing from Middle Tennessee, in its retreat towards Atlanta, leaving citizens starving  and subject to summary execution, as Yankee looters steal the livestock and horses farmers depend upon for food and transportation. All Southerners are regarded as Secesh, subject to search and required to carry and present passes everywhere they go. Women suffer another risk – sexual assault. Carrie is alone, her father deceased, her brother and intended husband lost to war. She is providentially fortunate today when the Union Provost, General Bradley, takes the empty seat next to her. They have courteous conversation, and the protection his presence deters harassment.

Carrie mentions to him the theft by his men of the family’s last livestock – four pigs. She forgets his offer of help until later, when a clean-shaven young Federal officer knocks on her door in Murfreesboro and asks to come in. I’m Captain Lockridge, here about the pigs.

Their conversation soon turns to other matters, in which they discover they are both readers of Wordsworth and have Episcopal Clergymen as fathers. Despite the prejudice against fraternizing with the enemy, they continue to talk and talk, as the relationship ripens. Soon the Captain is riding out from camp regularly to visit her in her gazebo, in a hidden garden along the Stones River. The war intrudes, leading to a satisfying, if tragic, denouement.

Tragedy is not a popular theme of popular fiction. But this is a story about love, and love is immortal. Brandt, in his first novel, has let dialogue carry the narrative, as good novels do. This is a book hard to put down. I carried it everywhere I went, for two days, until I finished it. I eagerly await his next book. 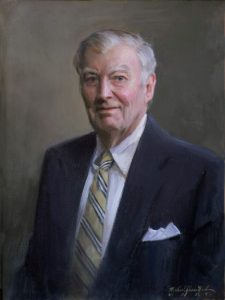 Bill graduated from Vanderbilt University following the Korean War. He subsequently founded his own CPA firm, where he spent his professional life. He served as a founding officer of two educational institutions, Sumner Academy and Pope John Paul II High School, in addition to many other civic commitments over the years.

I love one of the stories that Hans Broekman, the first headmaster of Pope JPII, tells about Bill:

On my earliest visit to Nashville as the appointed principal, in the very early days, when his briefcases contained all the plans, all the notes, all the minutes and all the bank statements which were driving the project forward, he picked me up from the airport and took me to Center Point Barbeque for lunch. I was totally overwhelmed at the size of the task at hand and the complexity of what we were undertaking together. He said, Hans don’t look now, but that man eating that pork sandwich there has an ancestor who suffered the largest, most complete and total military defeat of any commanding general in the history of American arms. But you will observe: he is enjoying his lunch. Whenever I was afraid, or what the poet Virgil call calls “the tears of things” depressed us getting the school started, there were Bill and Claudia, their hope, confidence and amazing hospitality. Listening to Mozart’s Mass in C, while he mixed an excellent gin and tonic, he would put things to right in my mind, our minds: Hans, you have to raise a little sail, to catch the wind, to sail the boat. Courage. Courage.

Since retiring, Bill has pursued his passionate interests in history and art. He has co-authored several books on Middle Tennessee, including The Founding of the Cumberland Settlements, awarded Book of the Year by the Tennessee Historical Commission. His paintings have been displayed in several distinguished, juried shows, including Cheekwood, the Parthenon, and the Central South. You can see some of his paintings online here – and below. 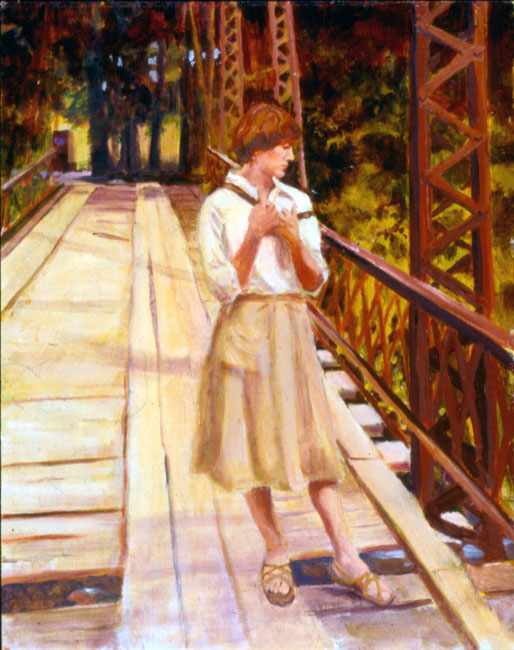 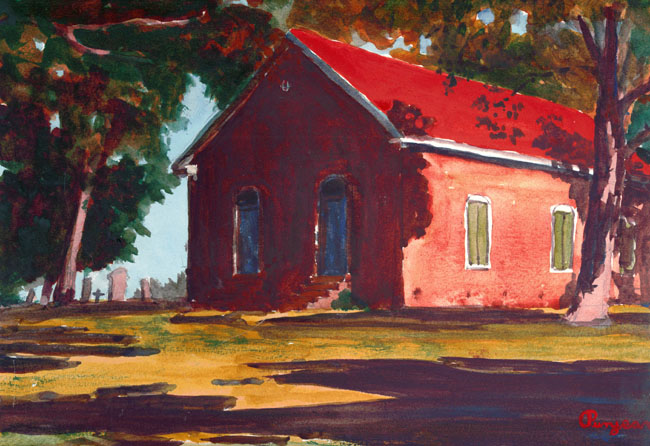 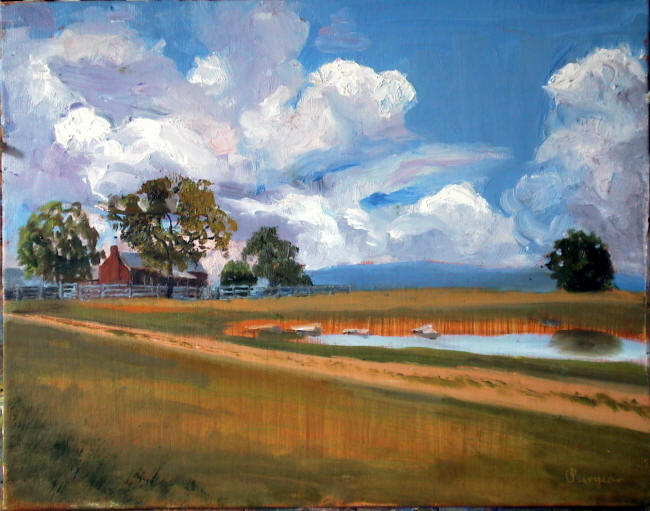 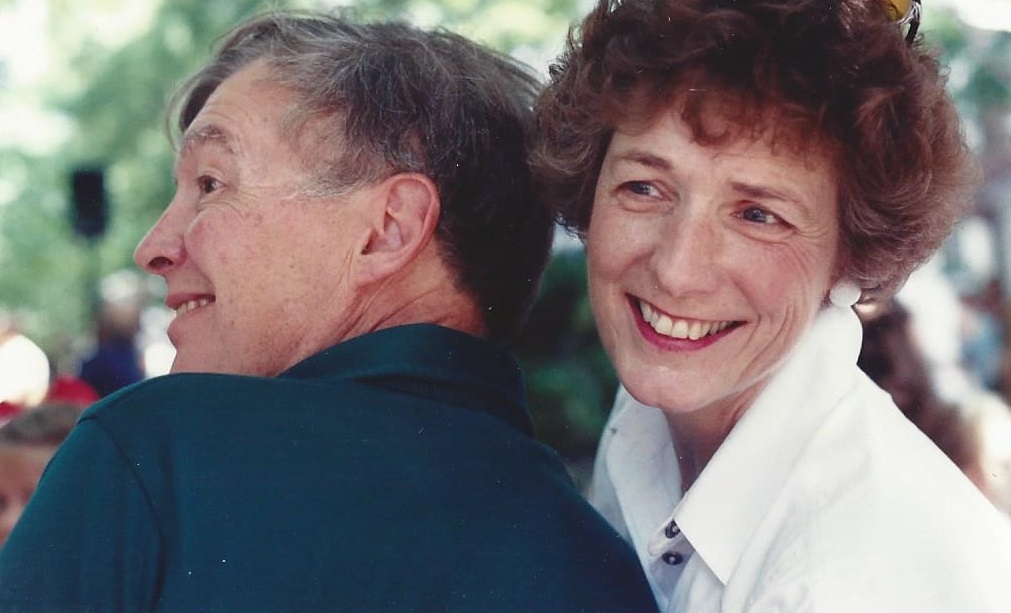 Thank you, Dan Puryear, for your kind help with today’s post.