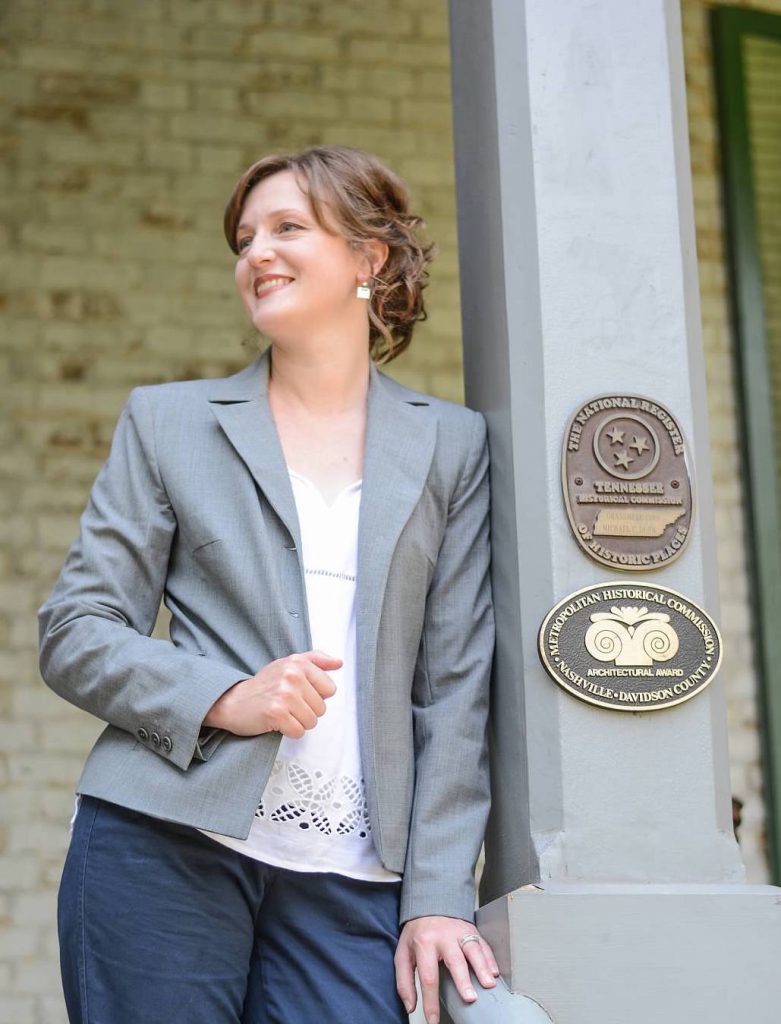 Today’s guest writer, Rebecca Price, thinks about women’s history every month as President and CEO of Nashville-based Chick History, Inc. Five years ago, when she launched Chick History, she asked a wide variety of people – Which woman in history inspires you?  I asked her the same question, and she gives a provocative answer at Bacon today.

I would choose Anne of Cleves, the fourth wife of Henry VIII, because she remains one of the most misunderstood figures in Tudor History, and because her story is a powerful story about tragedy and triumph. 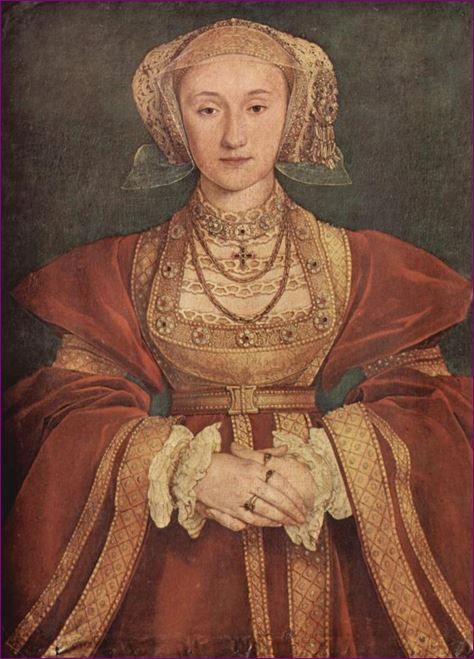 Portrait of Anne of Cleves by Hans Holbein the Younger

Anne of Cleves was part of a noble German-Protestant family and married Henry VIII of England for political reasons. She was 25. He was 49. The marriage lasted seven months. Henry VIII wanted the union terminated for many complicated and political reasons. Once it became clear that Henry VIII was looking to end the marriage, Anne of Cleves’ life was in immediate danger. His first wife died in exile and his second wife was beheaded. The implications of what was happening and the possible outcomes would have been very clear to her. She came to the English Court very inexperienced and unprepared for the job. However, she soon realized the situation she was in and figured out how to play by their rules.

Instead of turning around and going home back to Germany, she regrouped and figured out how to still get something for herself. In her case, she agreed to the annulment and traded in the title of Queen for the title of The Queen’s Sister. This ended up being the better deal for her in the long run. Anne of Cleves was one of the highest-ranking women in court, outlived the reign of Henry VIII, and lived the remainder of her life in England. She died a wealthy woman, owner of several properties, and is the only one of Henry VIII’s wives buried in Westminster Abbey.

Despite this seemingly “happy ending,” history remembers her as the tossed-away wife who wasn’t beautiful enough to marry the King…the infamous “Flanders Mare.” Her story begs to be reclaimed and in 2010 a major biography on her life was published, and does just that:

“Anne was also eager to end her marriage and, with her clever handling of Henry obtained one of the biggest divorce settlements in English history. Anne of Cleves is often portrayed as a stupid and comical figure. The real Anne was both intelligent and practical, ensuring that, whilst she was queen for the shortest period, she was the last of all Henry VIII’s wives to survive…Even after Henry’s death, Anne managed to work to her own advancement, attempting to annul her divorce in order to ensure her financial security as a dowager queen.”

Her life inspires me because she was a woman who was promised something and had it taken away from her. It’s a lesson and a reminder that life doesn’t always turn out the way you want. Life presents so many twists and turns and there are times when you think there is no way I can survive this. There is no way I can rebuild and come out on the other side and ever experience happiness again. Anne of Cleves’ story tells us that you can rebuild, that you can survive, and that you can have happiness after tragedy. 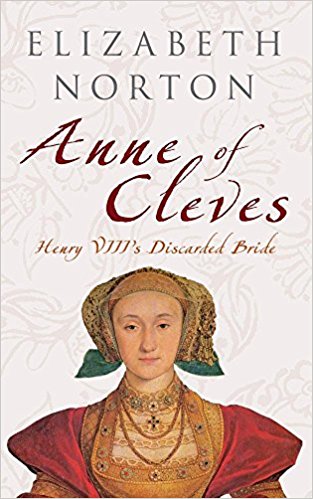 More on Rebecca and Chick History: 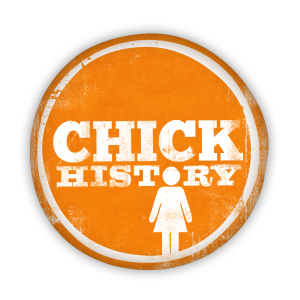 The mission of Chick History is “Rebuilding history – one story at a time.” Catchy, right? But what does that mean exactly? Through educational programming, community outreach, and professional development, Chick History is dedicated to preserving and telling women’s history more effectively. “At the core of Chick History is the belief that every great story has not been told, and more importantly, what we’ve been told isn’t the whole picture. Women’s history is all around us, we just have to dig it out and put it back in place,” she writes. She doesn’t think that simply more women’s history needs to be told – rather, better history.

Generic versions of women’s history at cultural sites can give us very one-dimensional women. This is just as limiting as ignoring women altogether, Rebecca notes. Though their roles may have been circumscribed, their stories have powerful richness, complexity, and life when the details and specifics emerge.

One of the major projects of Chick History right now is a partnership with Humanities Tennessee to commemorate the 100th anniversary of the ratification of the 19th Amendment (giving women the right to vote) on March 19th, 2020. The initiative is called “March to the 19th,” and you can check out the variety of ways to get involved here.

One part of the initiative involves seeking to better understand and recover the ways women were politically active in the years immediately prior to the passage of the 19th Amendment. For instance, take a look at the photo below of a group of African-Americans at a Republican League political meeting in Memphis in 1917. At first, you see only men: 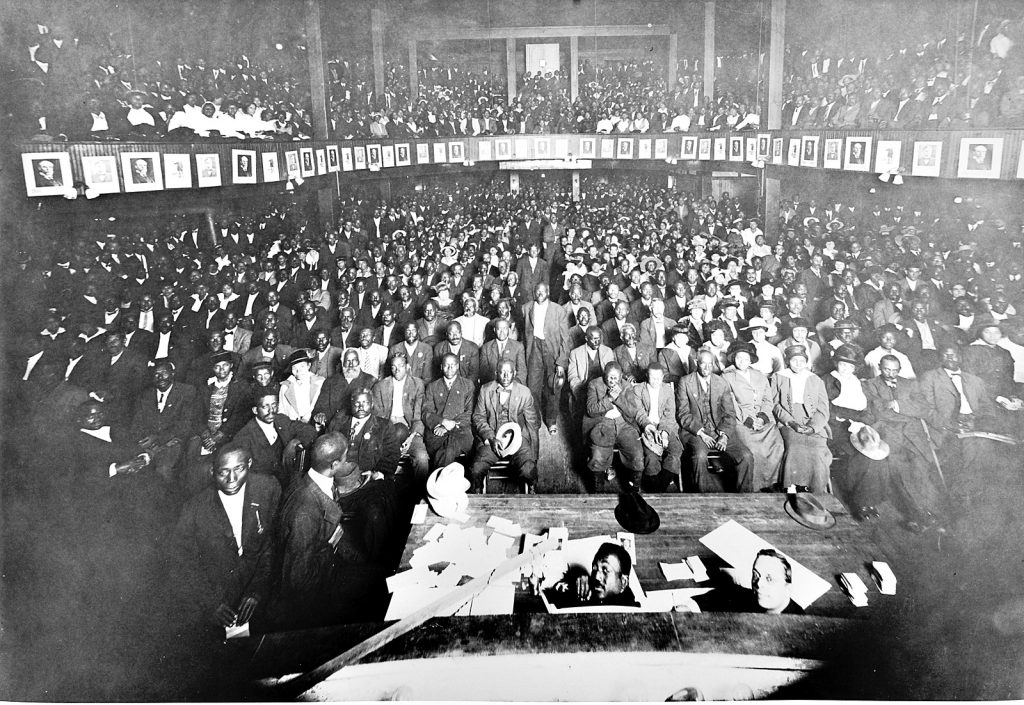 But, as Rebecca writes, “Upon closer examination, you begin to see that there are women present at this meeting. Memphis was one of the Southern cities with a large African-American population that was able to maintain some of its voters despite the racially-motivated voter suppression laws and tactics in place.

Robert Church Jr. formed the Republican League to educate and inform African-American men voters and he employed women teachers to teach and educate the men voters. This is an interesting story, of women informing and persuading black men in a particular way to vote. How do we capture these stories? What material culture is out there that can give us a broader and deeper understanding of this history and women’s experiences?”

Dr. Earnestine Jenkins of the University of Memphis explains further:  “Black women have been politically active in many ways. To hear those stories, you have to go into the communities and then work within those communities to look for the material that documents that activity in churches and schools and hospitals and homes. That means looking, for example, for old newspapers or church programs with meeting notices for the local chapters of National Association of Colored Women’s Clubs. It means getting people to look differently at everyday material long stashed away in an attic, and getting them to rethink the sense of their community history.”

A statewide task force is in the process of reaching out to women to recover historical information, which will subsequently be digitized and made available to a broader audience (see Mona Frederick’s post on the Robert Penn Warren Center and the digitization of the ‘Who Speaks for the Negro’ archive for the importance of such work).

As Chick History celebrates 5 years, Rebecca sent a letter to supporters that she shares at Bacon today.

Five years ago Chick History embarked on its first independent programming, a 50-episode podcast called The #HerStoryPodcast. Over the course of 2012, I interviewed 50 contemporary women via Skype and asked them to share the story of the historical woman who inspired them.

The idea was simple. I asked the same three questions to every participant and gave them complete control to tell the history any way they wanted. They chose the historical woman. They chose what aspects of her life to share. They got to decide how to tell history. I am forever grateful and inspired by the 50 women who participated in this project. 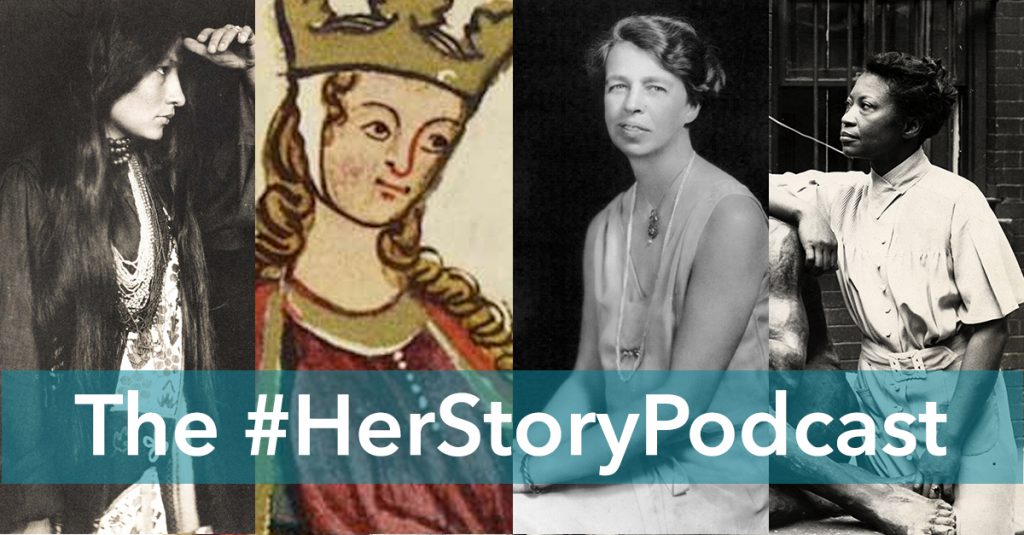 There is someone in history for all of us

The #HerStoryPodcast spans 2,000 years of women’s history, from the daughter of Cleopatra the Great to a Kenyan Environmental Activist. Participants include the great-great-great-granddaughter of Charles Dickens, Nashville Metro Councilwoman Nancy VanReece, and AAUW Vice President of Fellowships and Grants Gloria Blackwell.

Since its release in 2012, the podcast has been downloaded over 30,000 times. It was syndicated by SheHeroes in 2016. It was featured as a case study in the recently released publication Positioning Your Museum as a Critical Community Asset. Singer/songwriter Cathy Grier, who did HerStory #33: Edna St. Vincent Millay, wrote an original theme song for the project. Also known as the New York City Subway Girl, here she is performing Her Story Not Forgotten.

5 Facts about the #HerStory Podcast

To celebrate the #HerStoryPodcast’s 5th Anniversary, we will be doing a 50-Day social media campaign over our Facebook, Twitter, and Instagram accounts featuring these amazing historical woman and the inspiring contemporary women who shared their stories with us. You can also subscribe to the podcast here.

Somewhere in these stories, I hope you find a connection with one of these historical women. That she speaks to you on a personal level through her story, and you find something of what you have done, what you are doing, or what you have thought you might try in your own life.