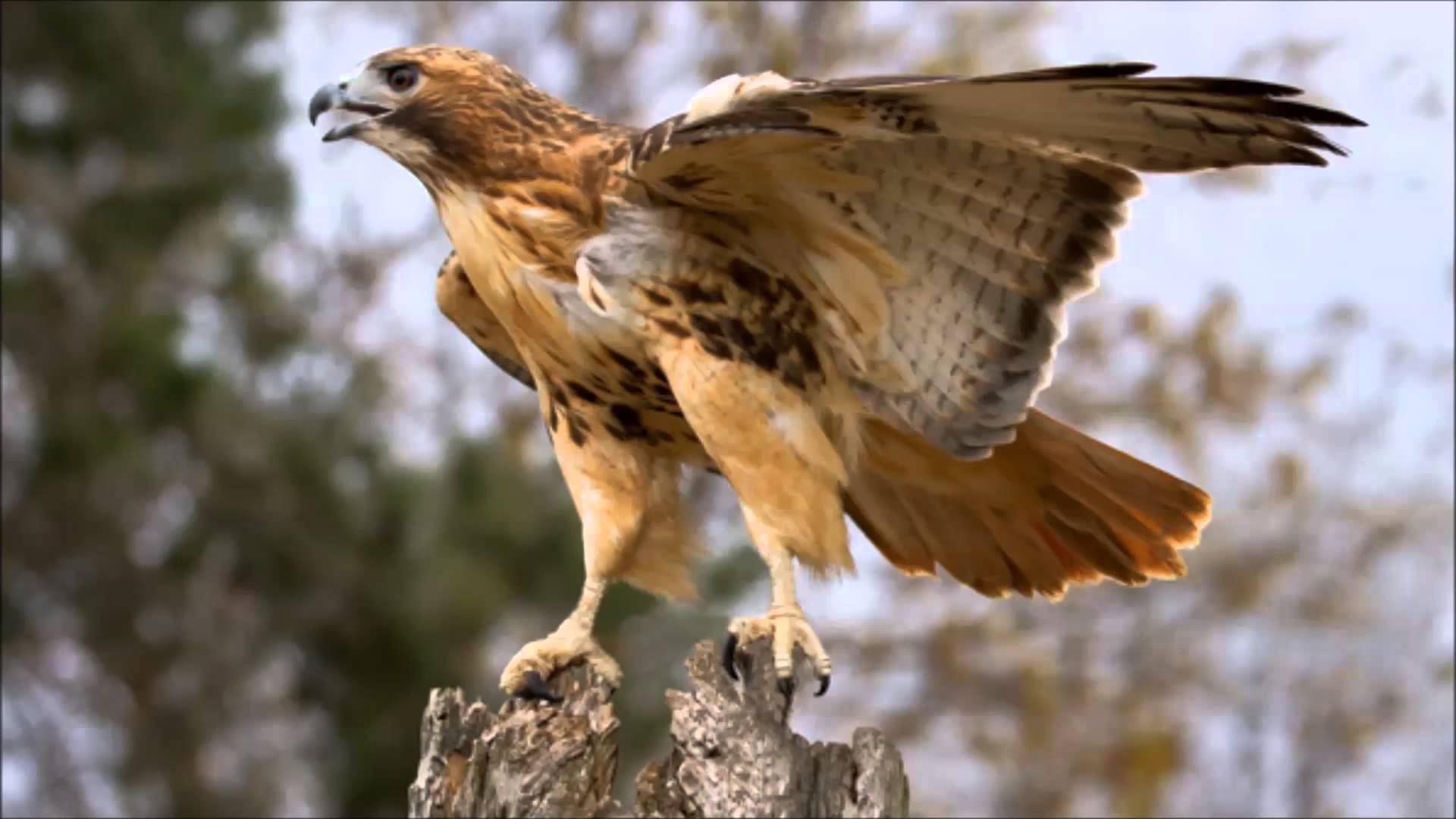 Sometimes we see things we wish we hadn’t.

One recent afternoon, late in the day, Pepper dashed from the back yard up to the door, scratching to get my attention. I opened it, expecting her usual rush into the house, but instead she dashed down the back porch steps into the yard.

Well trained to that command, I followed her, where she showed me this: 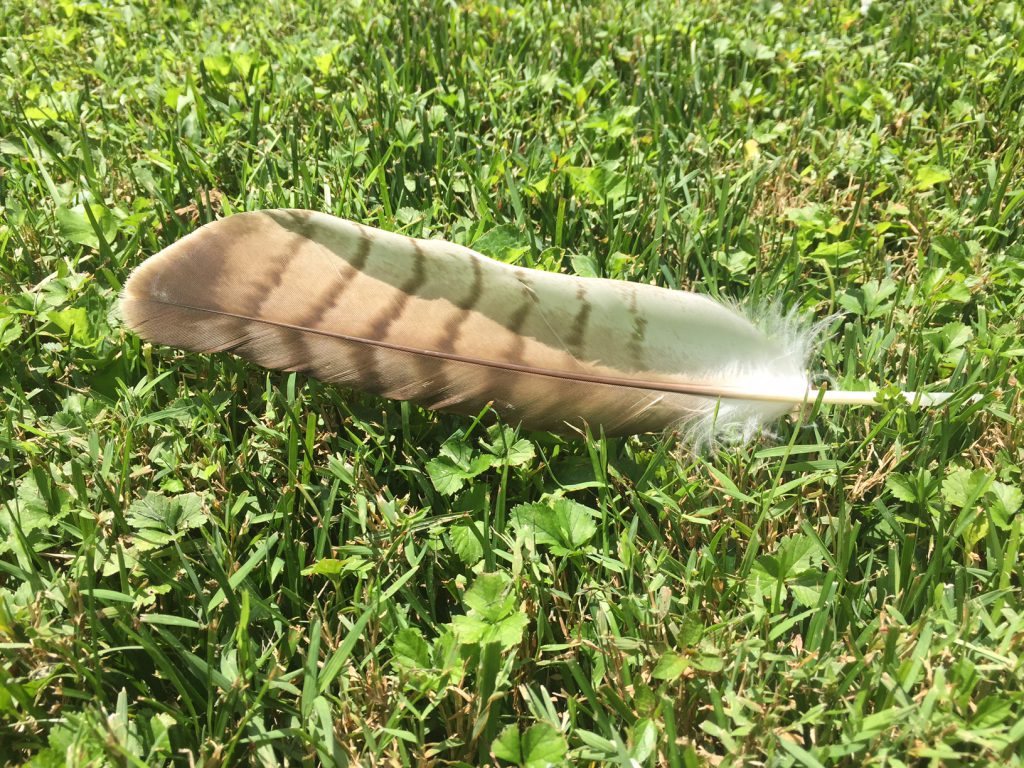 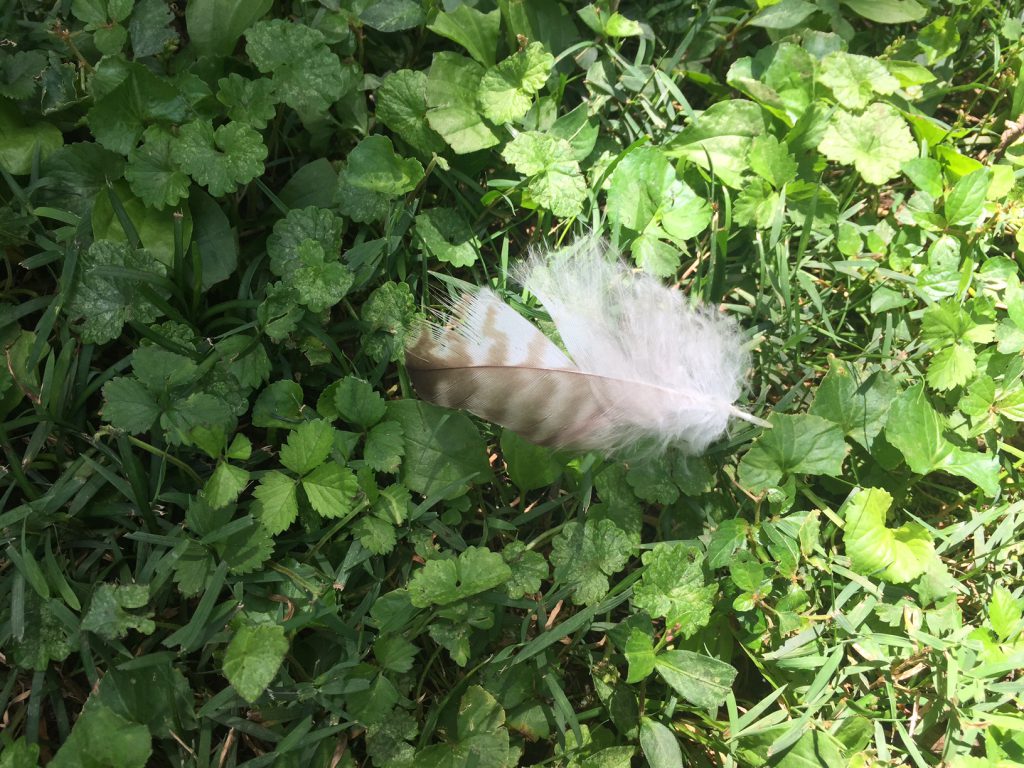 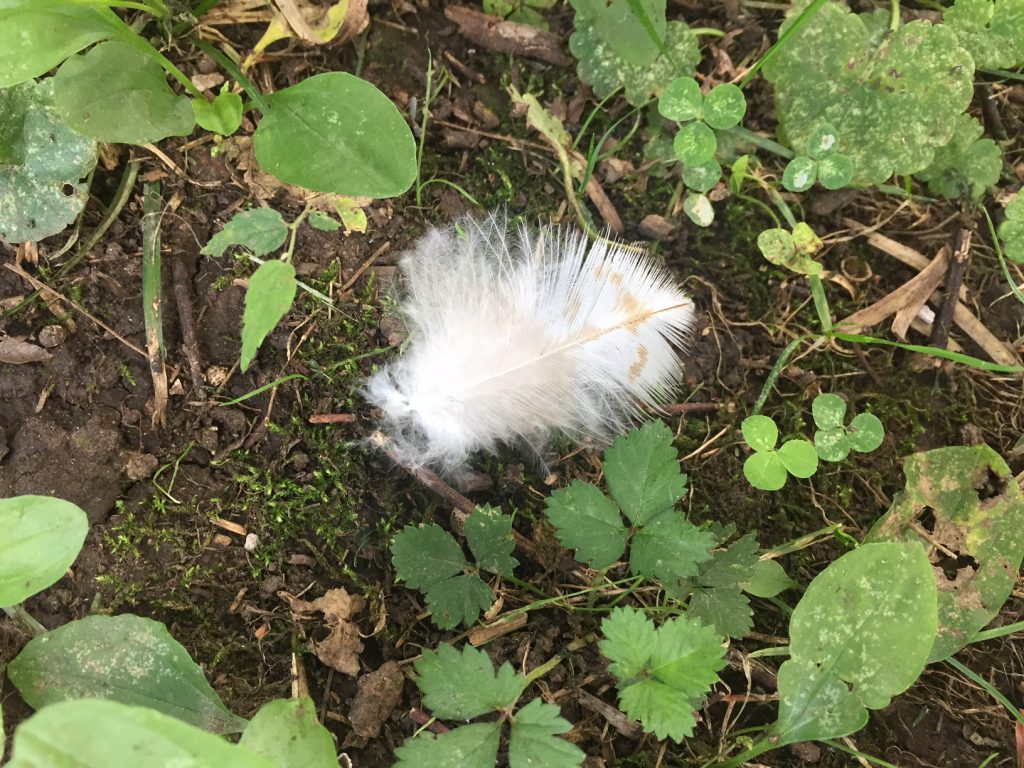 … along with about 8 other feathers, spread out over a rather large area.

We sat down in the Rock Garden, and Pep downloaded her worries.

“You know those baby Red-tailed hawks that grew up in our yard? Harassing mom and dad, squawking their eerie dinosaur squawks, acting like big demanding crybabies…”

“Yes, I know those hawks,” I answered.

“Do you think something happened to one of them?” she asked fearfully. “We never see feathers like that in the yard.”

“I really hope something hasn’t happened to one of the bratty babies,” Pep confessed. “I’m worried to death about them.”

“I know what you mean, Pep,” I said. “Now I’m worried too. Those feathers suggest a skirmish of some sort, but it’s impossible to know what happened next. And,” I paused, “there’s really not a thing we can do.”

We sat together in the Rock Garden and pondered those hard facts. I stroked Pep’s soft head and the silky fur on her strong shoulders and back. I felt the hard muscles underneath.

“Let’s have faith in the strength of the mostly grown babies,” I finally suggested. “Their strength, their courage, their fierce desires. Their youth. Their strong, strong wings.”

“They were mostly grown, and they were strong,” she agreed wistfully. “I miss those brats,” she added quietly. 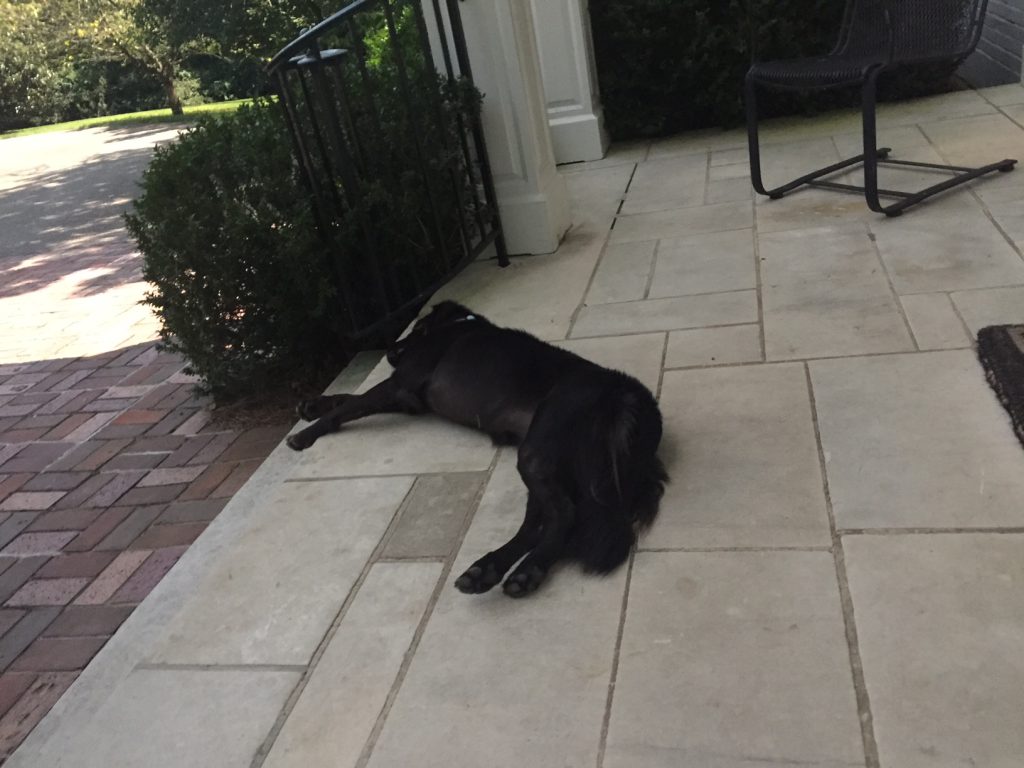