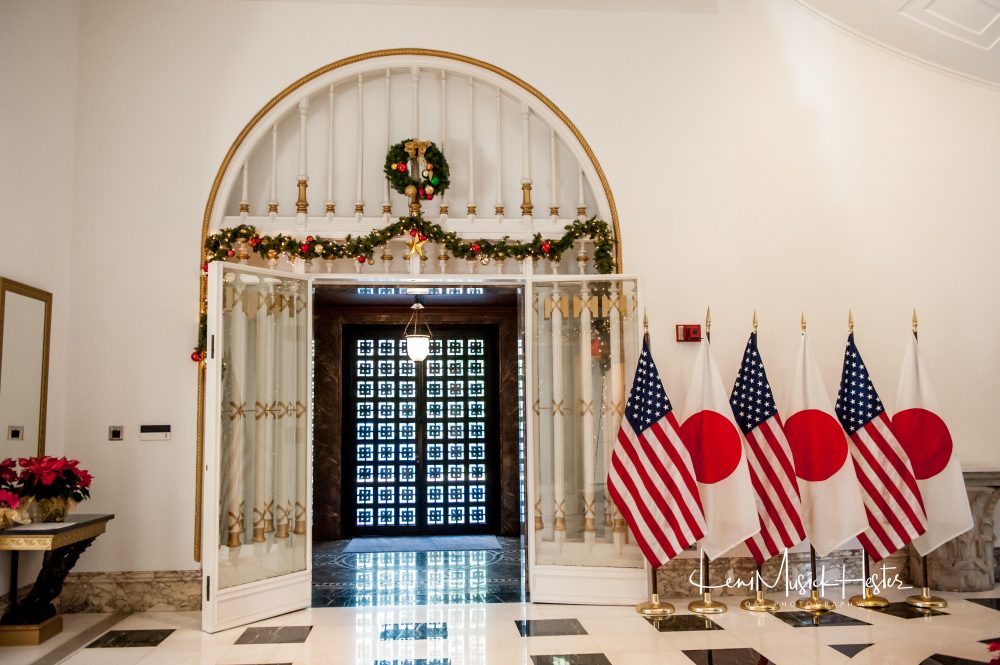 My friend Chrissy Hagerty and her husband Bill had a big decision to make when Bill was asked to serve as U.S. Ambassador to Japan following the 2016 election. Chrissy and Bill had 4 children ages 13 and younger, all happy at their schools in Nashville. Their dog was living her best life in their suburban home and yard.

It wasn’t the easiest decision in the world – but perhaps it also wasn’t the hardest. Bill had lived in Japan for three years and speaks Japanese, and Chrissy’s got game. They are both highly motivated by ideals of public service. Crosbie dog was flexible.

With their family in tow, Bill and Chrissy have brought a terrific energy and joy to the job. 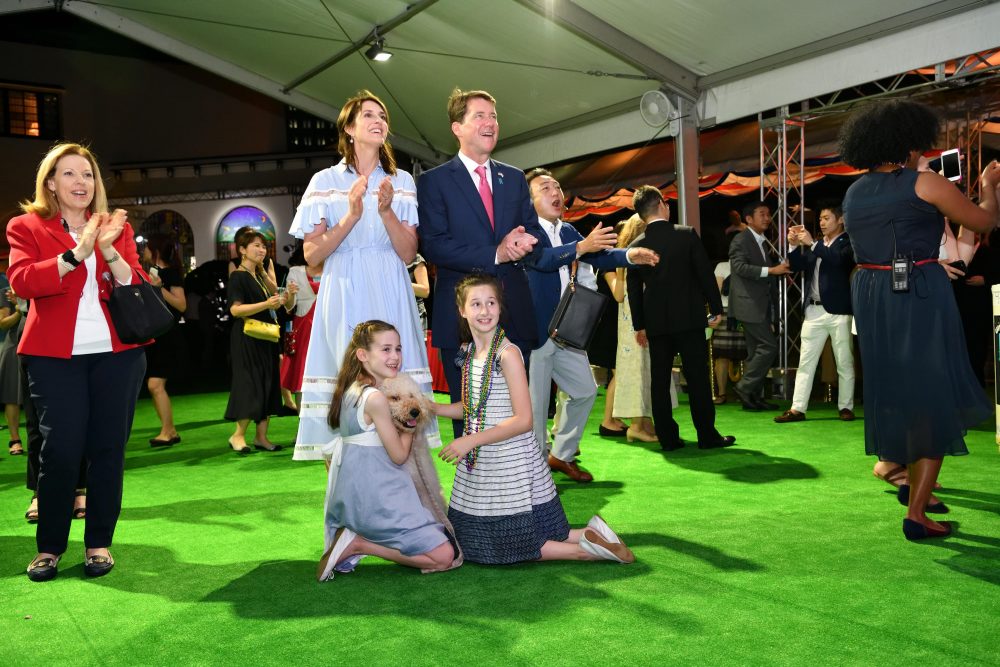 4th of July Celebration on the grounds of the Residence

The Hagertys have populated the U.S. Ambassador’s residence with a lively bunch, yet everything remains impeccable. Chrissy – impeccable as well – is often to be found in a classic black dress if she’s not walking the dog. She likes things just so.

This isn’t a problem in Tokyo. They like things just so, too. 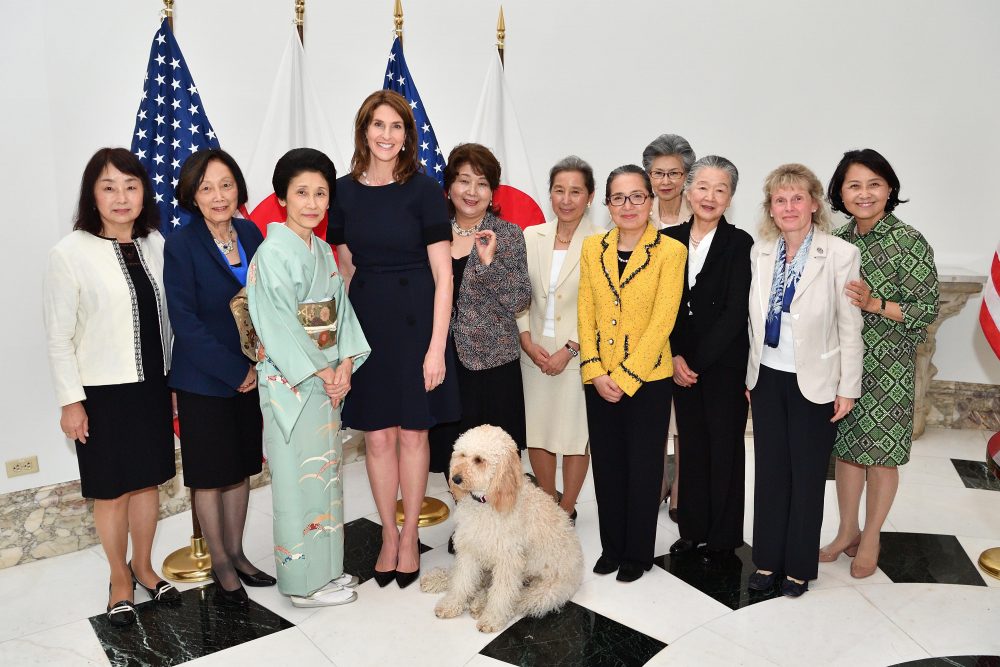 Today, Chrissy stops in at Bacon to share some Christmas photos and thoughts about the home they’re living in – the 1930s vintage Ambassador’s Residence. She’s read quite a lot about Japan, and I’m hoping for another post in the new year featuring some of her favorites! In the meanwhile, she’s been kind enough to share early photos and reflections. 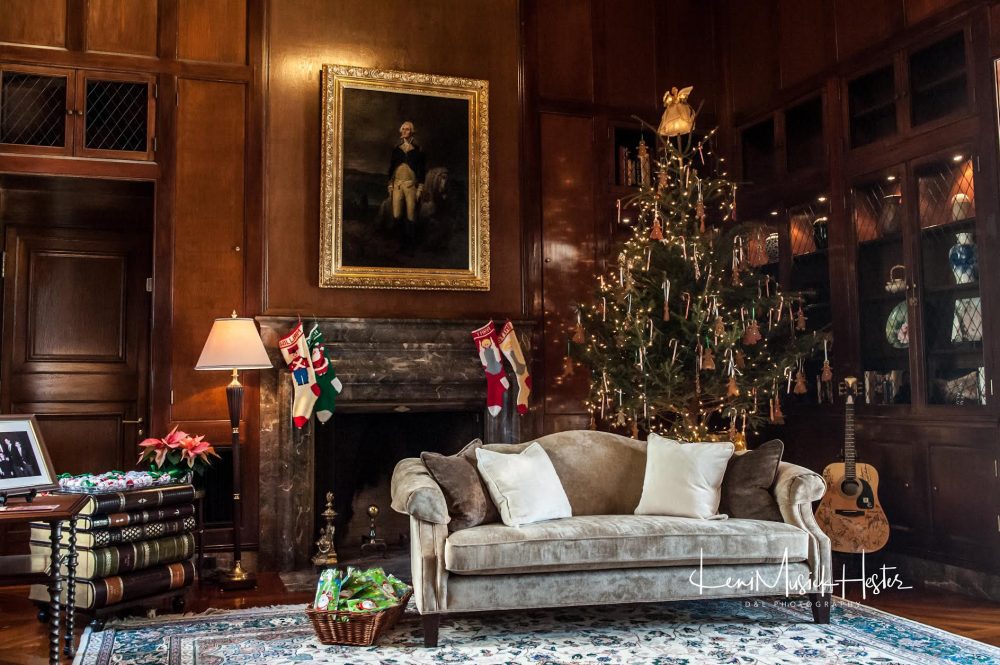 From Chrissy Hagerty – “Life in the Big House”

The first Tennessean to live in the U.S. Ambassador’s Residence in Japan was Jean MacArthur, and it was her husband – General Douglas MacArthur – who dubbed it the “Big House.”

Tennessee has been well represented in Japan. My husband, Bill, who is from Gallatin, Tennessee, is the thirtieth U.S. Ambassador to Japan and the third Tennessean. By my math that yields a ten percent market share for Tennessee – pretty impressive display of leadership given our relative size, don’t you think? 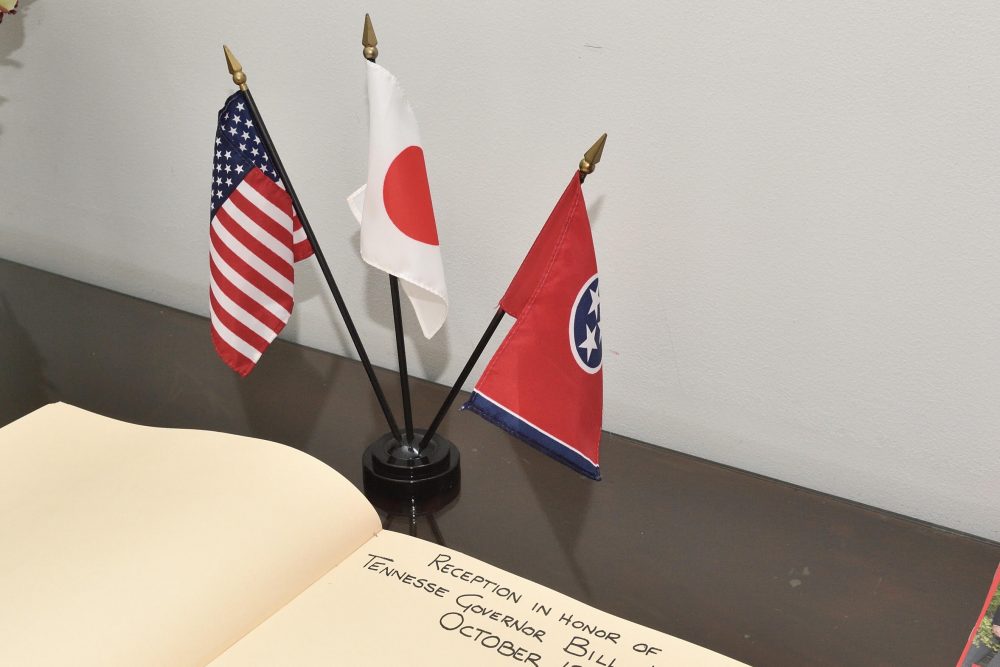 The U.S. Ambassador to Japan’s Residence was America’s first purpose-built Chief of Mission Residence, completed in 1931.

The house sat empty during World War II. Then, in September 1945, General Douglas MacArthur and his family moved in. 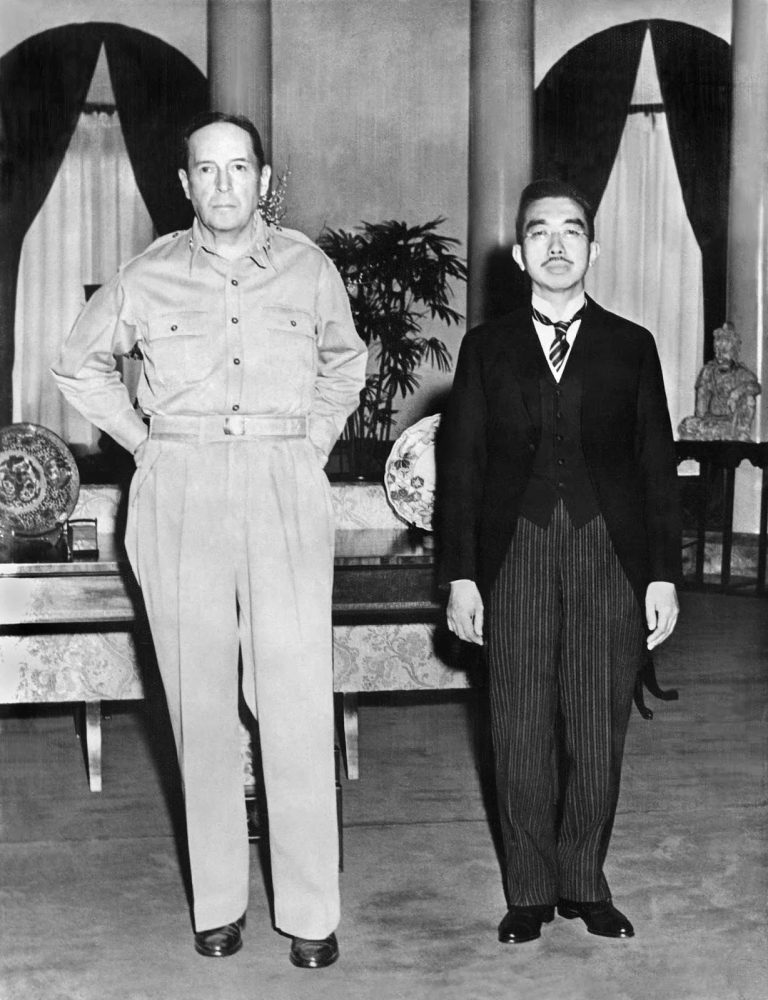 Famous photo of General MacArthur and Emperor Hirohito in the Residence

The General’s wife, Jean MacArthur, was from Murfreesboro. They lived in the Residence for six years, from 1945 to 1951. The book “Old Soldiers Never Die” describes Mrs. MacArthur hosting several large gatherings at the Residence. Two or three times a week, she would organize official lunches for visiting notables.

The Residence, though modestly decorated, was unusual and impressive amidst the architecture of Japan. Perhaps the most important feature is the great lineage of guests who have been hosted. Prime ministers, the Japanese Imperial Family, ambassadors from around the globe, business leaders and many American officials including Presidents and senators from across the political landscape have all made a visit to the Ambassadorial Residence in Japan a high priority. 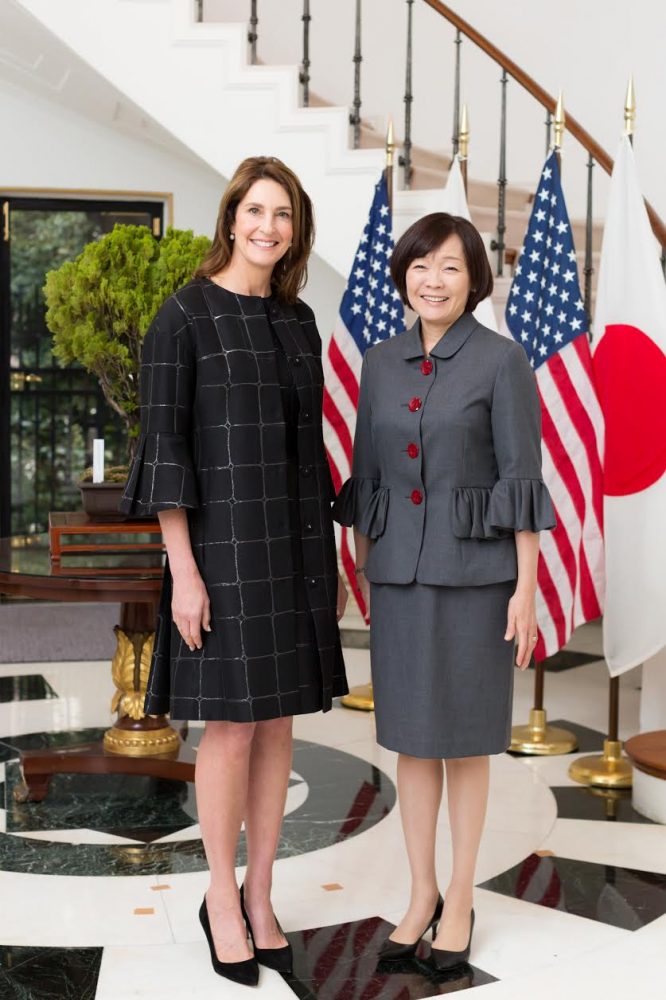 President Donald J. Trump appointed my husband, Bill, the 30th U.S. Ambassador to Japan in 2017. Bill and I and our four children moved from Nashville to Japan last year. 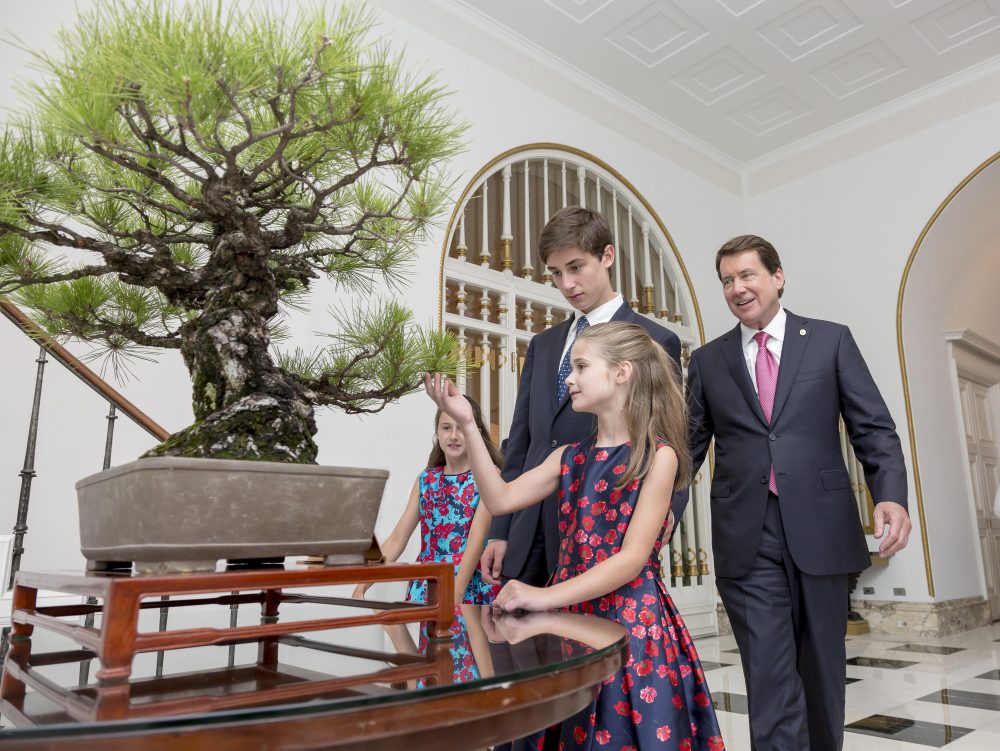 Arrival at the Residence

It was not long into my husband’s tenure when the Residence saw more historic events. President Trump, the First Lady, and Secretary of State Rex Tillerson visited in November 2017. We’ve had numerous Cabinet members, congressional representatives and senators visit on a regular basis. 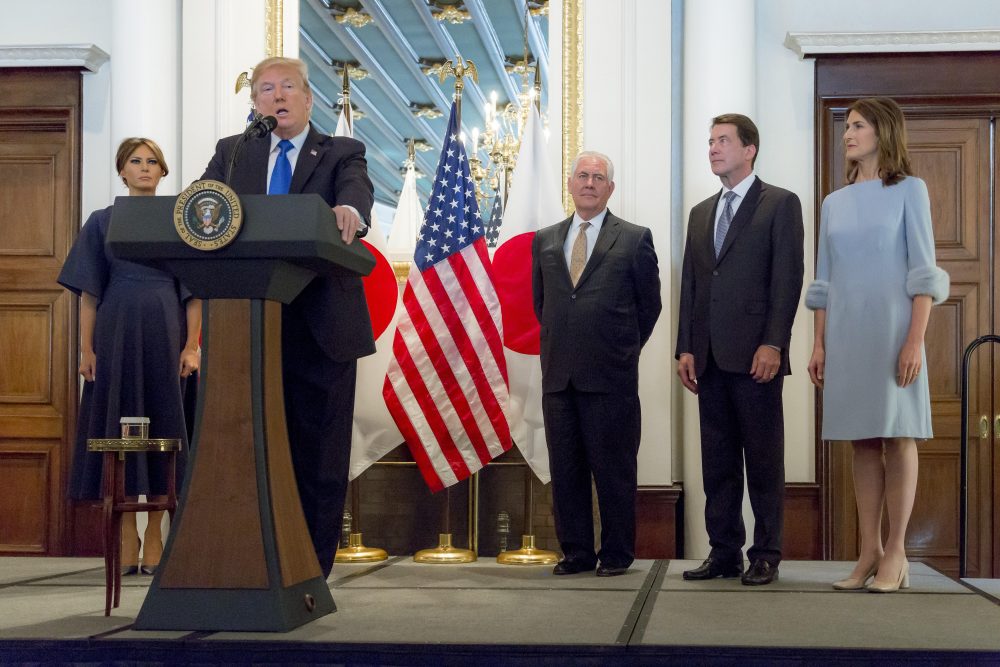 POTUS, FLOTUS, and Secretary of State Tillerson at Residence 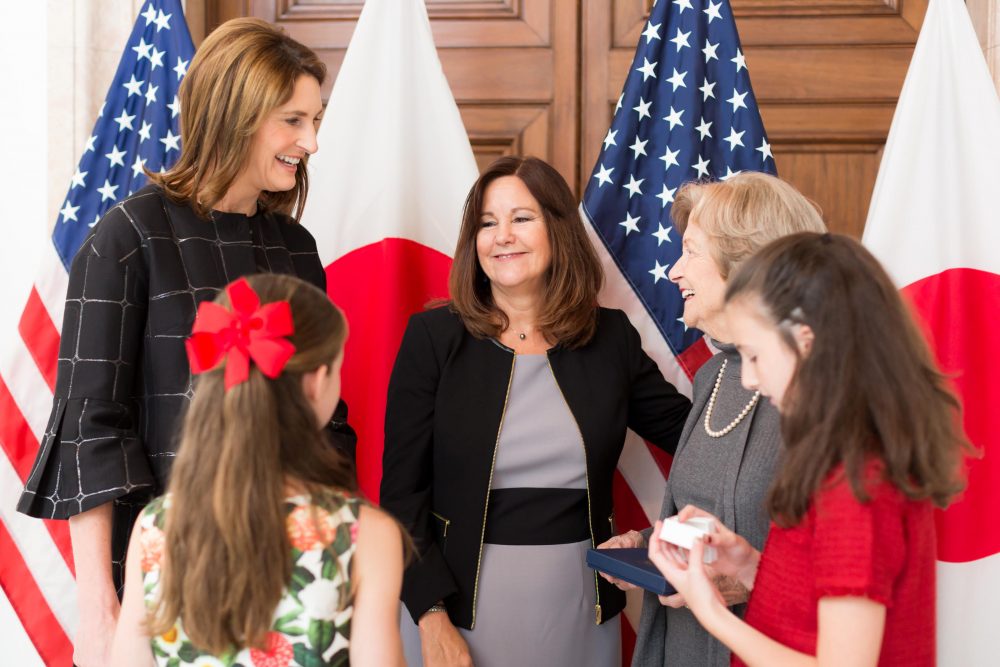 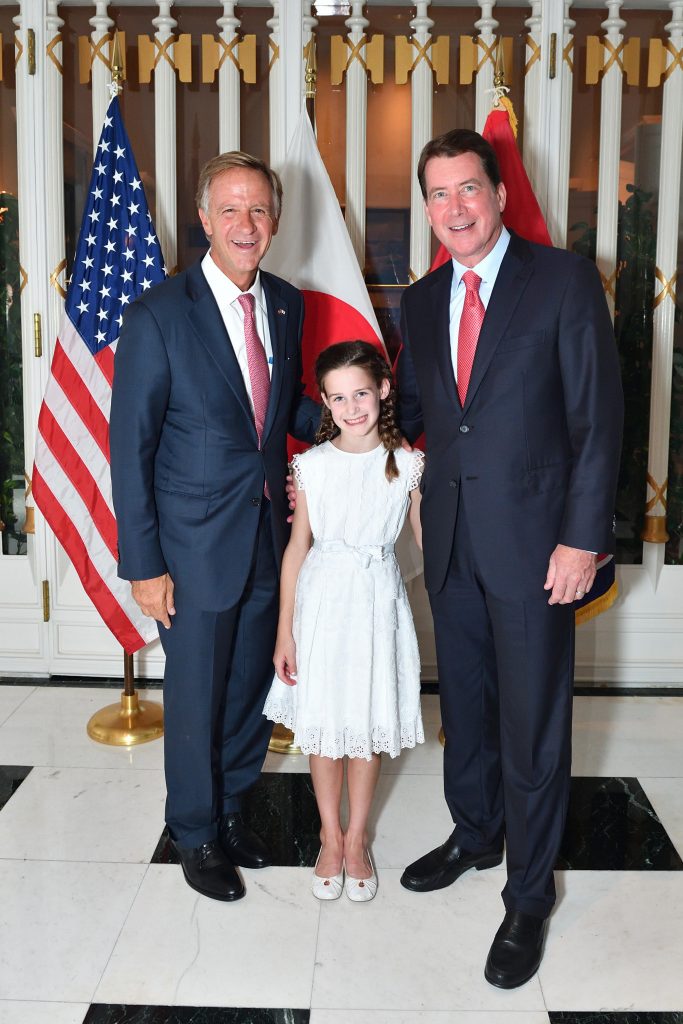 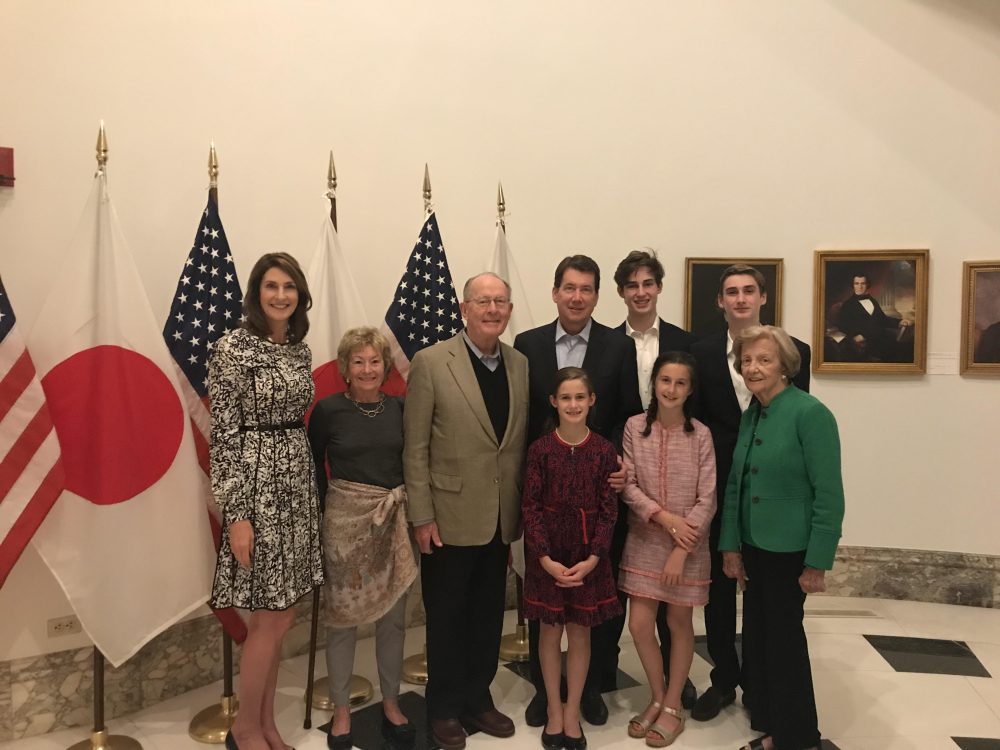 Just a few months ago, a member of the Imperial Family joined us in the Residence and conducted a beautiful musical recital where she and our daughters played the piano together. I was particularly touched when my oldest daughter, Tara, played the “Tennessee Waltz” on piano for the  gathered audience – a true taste of home amidst this exotic foreign culture. 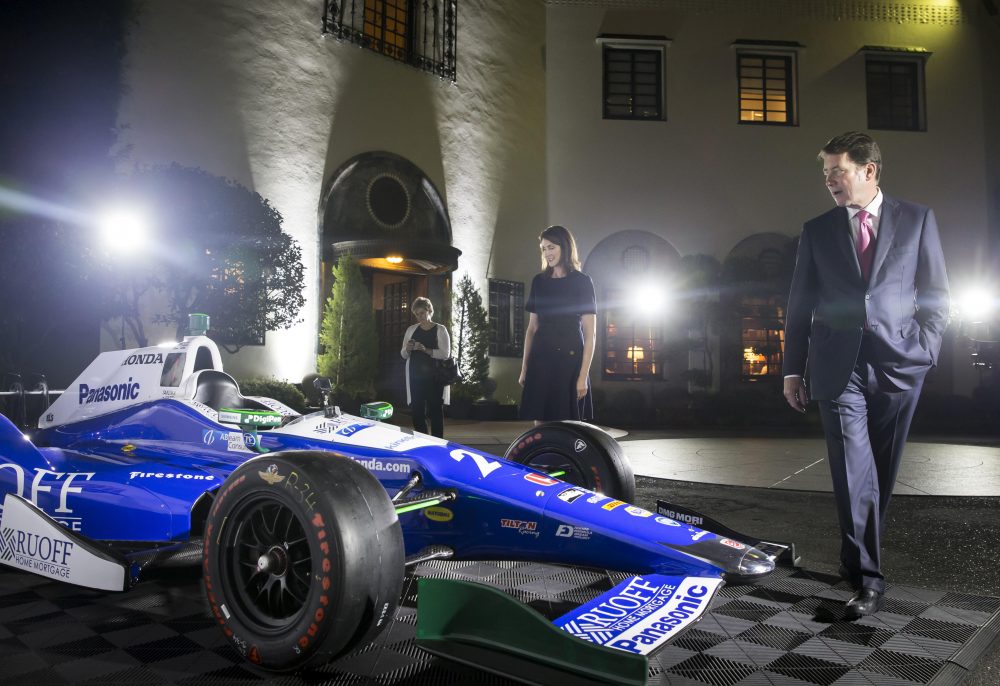 Indianapolis 500 celebration for Sato, the first Japanese to win 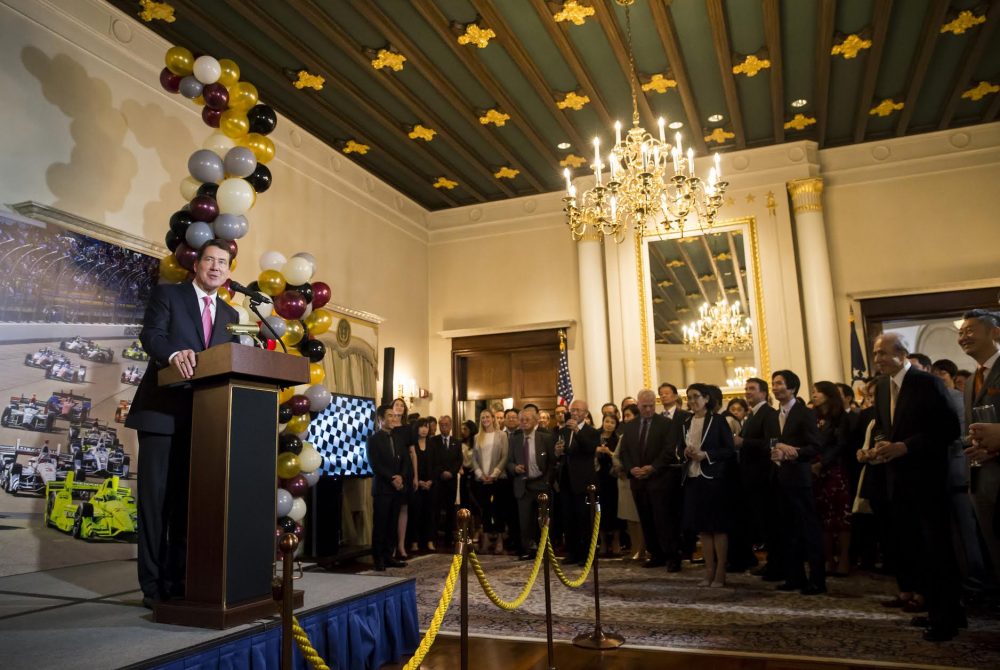 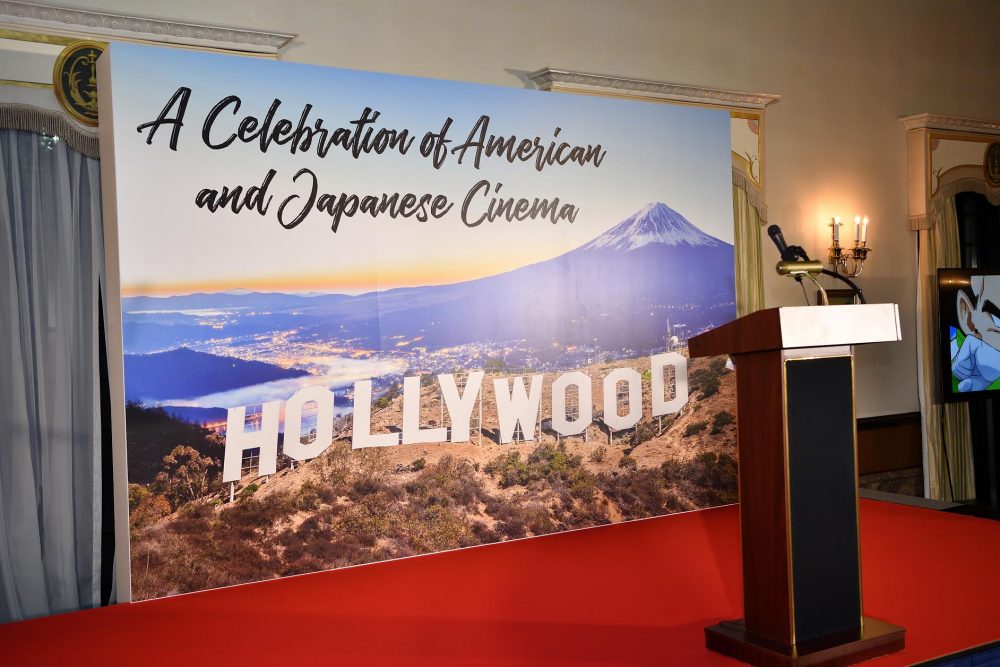 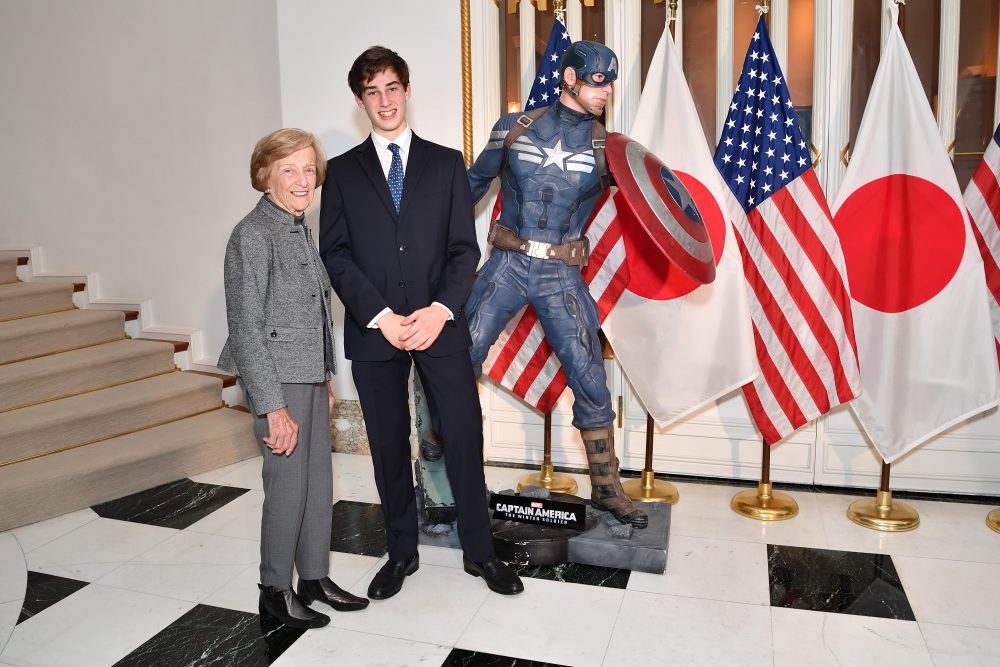 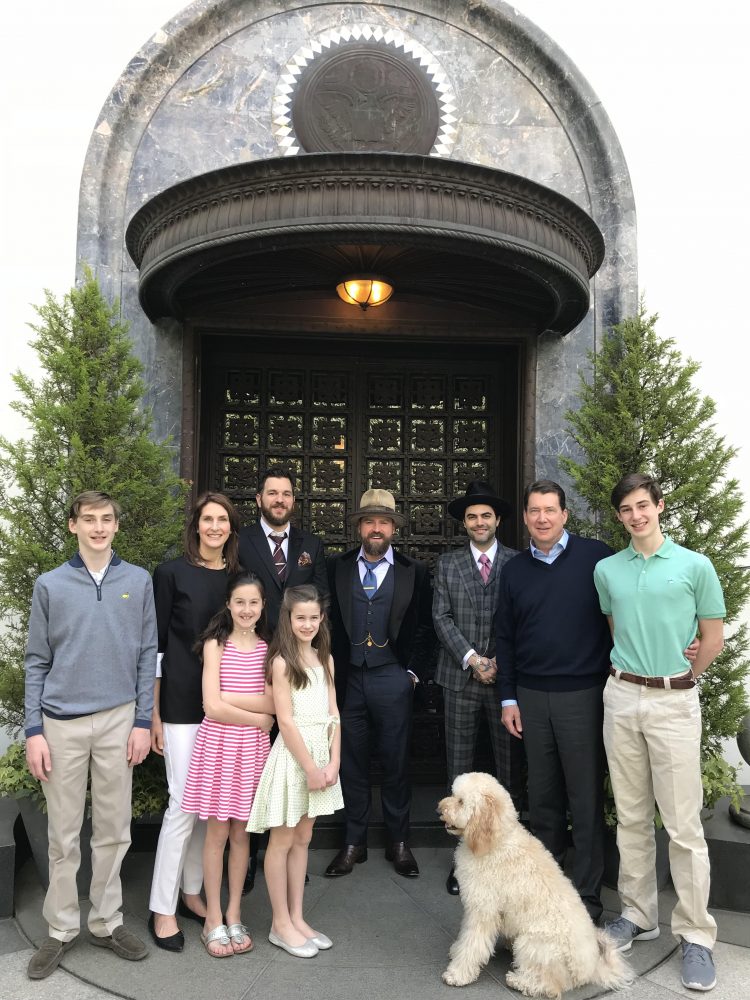 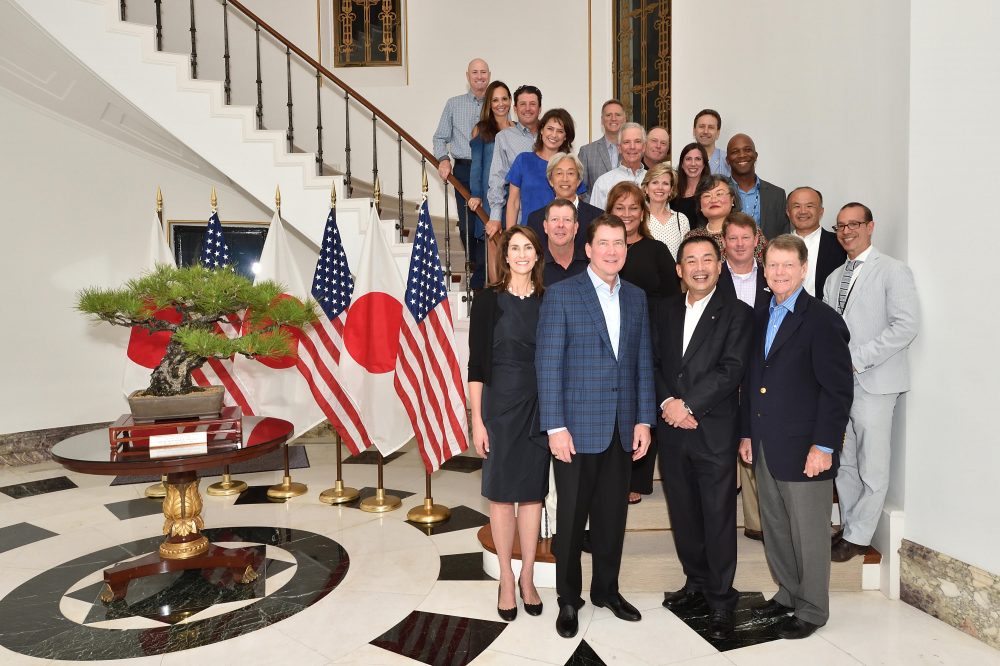 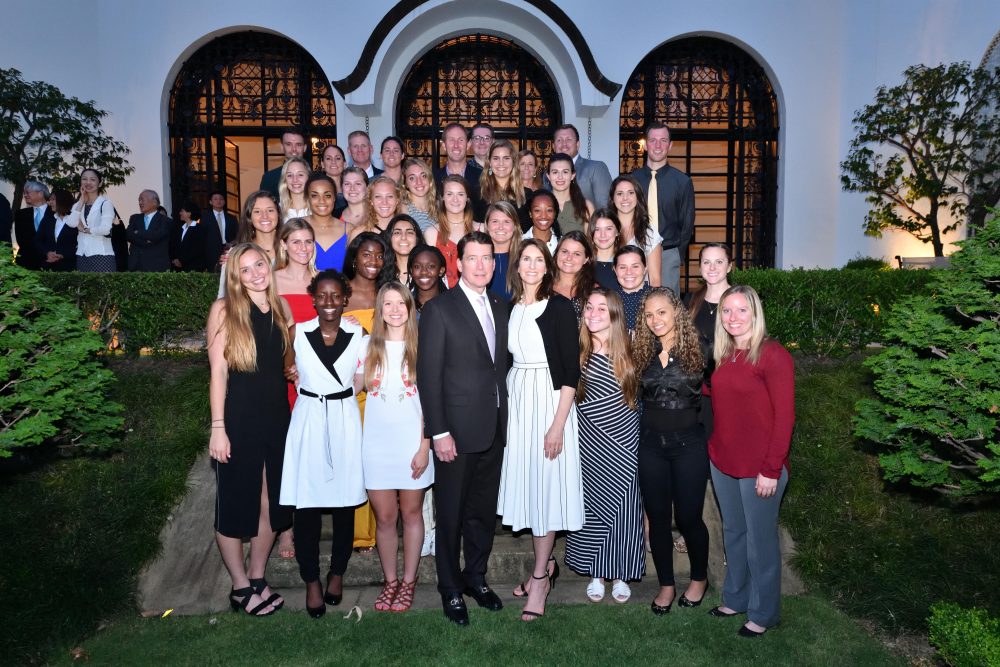 We are now preparing the house for our first Christmas celebration here. Last year, we flew back home to Nashville. This year, we will celebrate Christmas in Tokyo with our children, Bill’s mother, and other family members who are flying in to join us. We will celebrate the holidays at the very church where Bill taught Sunday school more than two decades ago when he lived here as a young businessman. While the privilege of serving here in this unique role makes every day special, the opportunity to spend an American Christmas in Japan will be exceptional. Our stockings are hung over the fireplace in the historical library just beneath a portrait of General George Washington. We look forward to celebrating Christmas morning here as we share our wonderful American traditions. 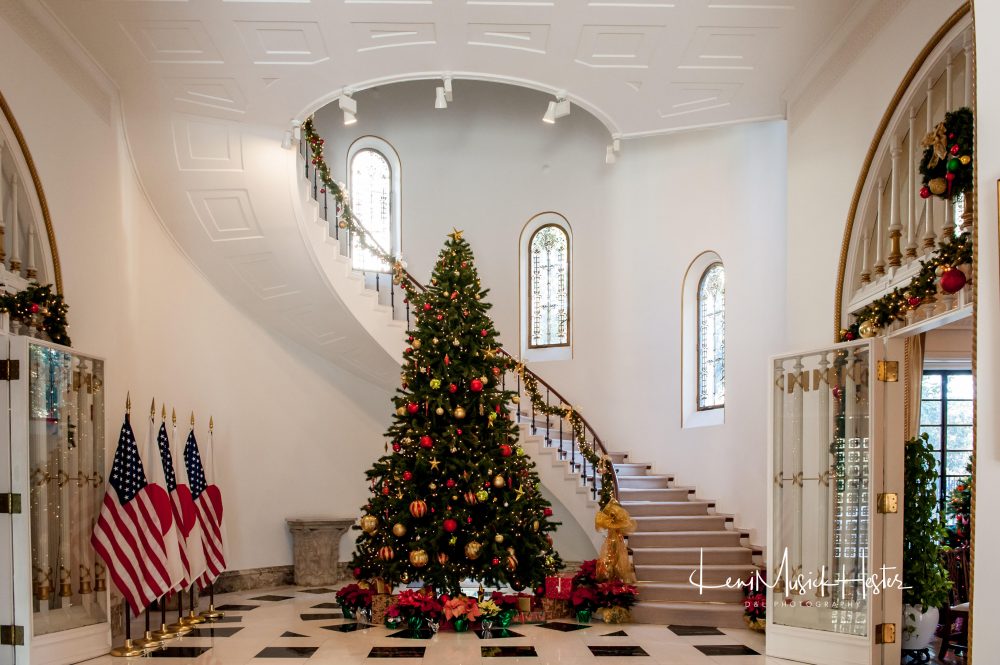 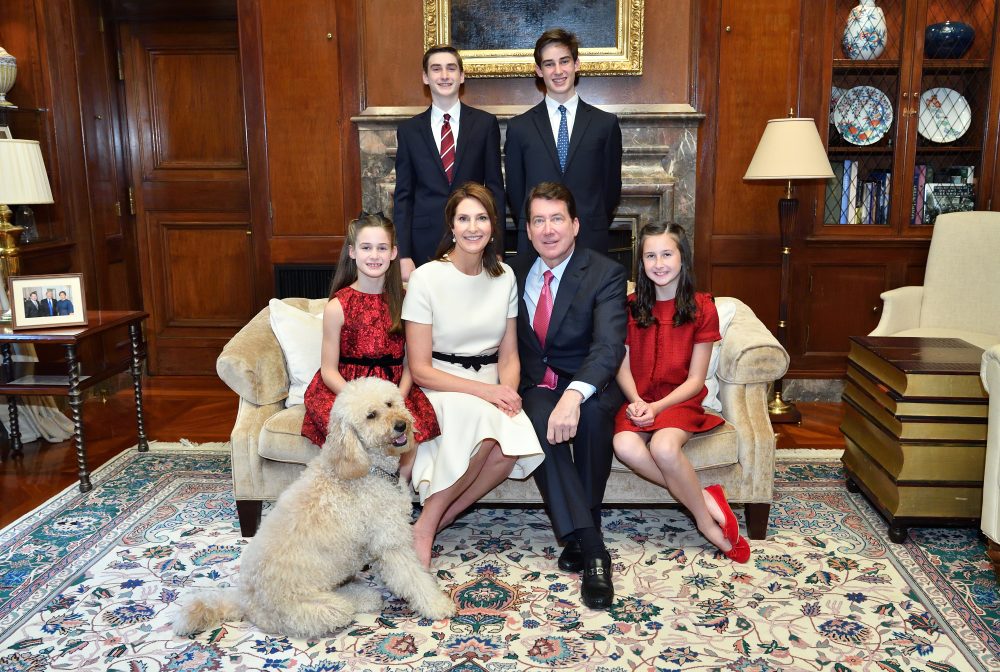 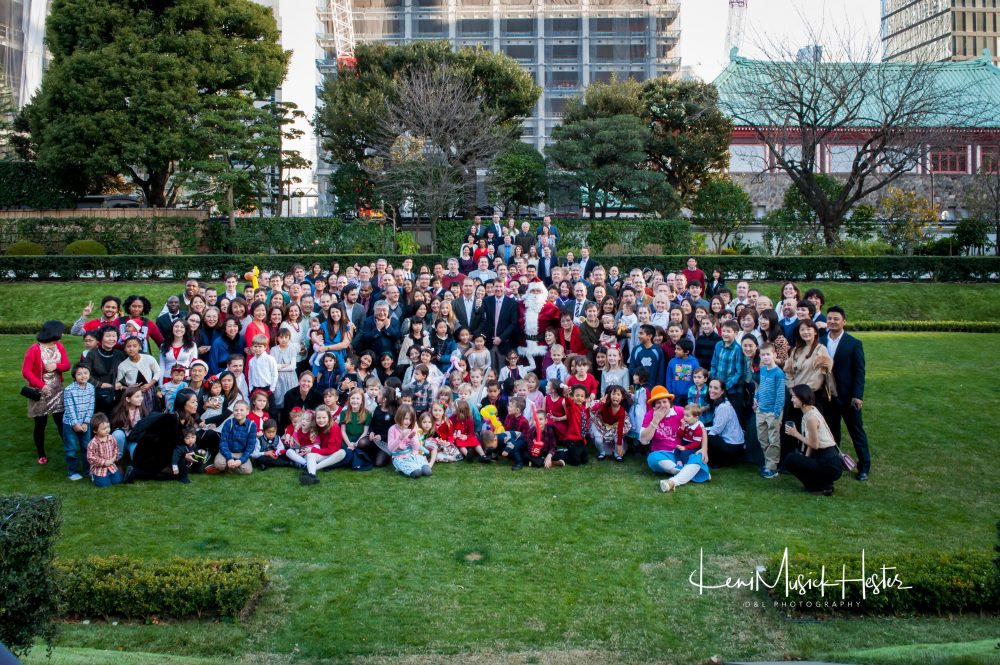 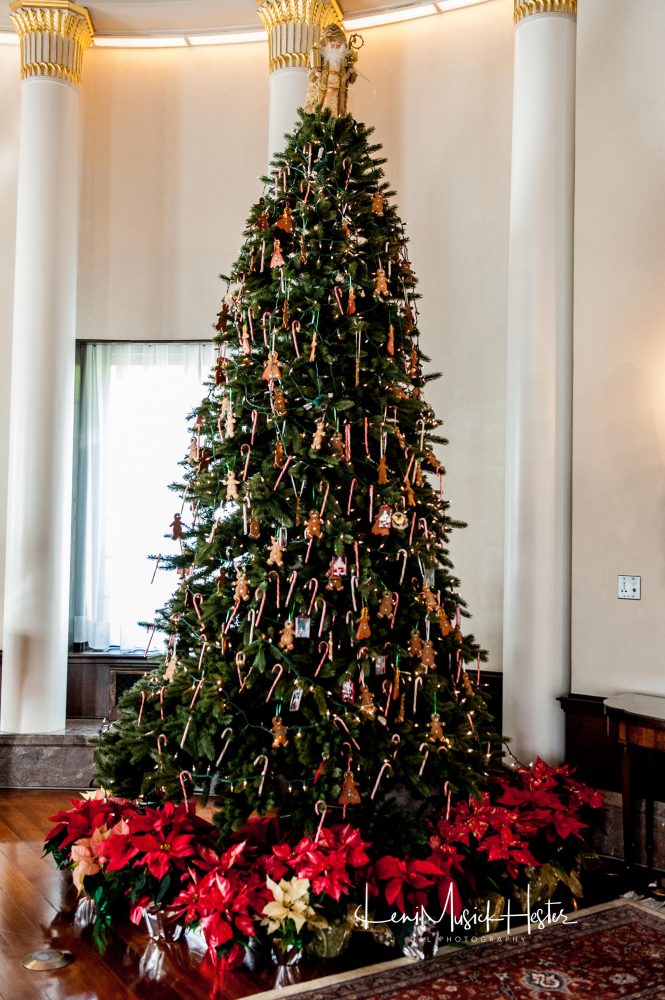 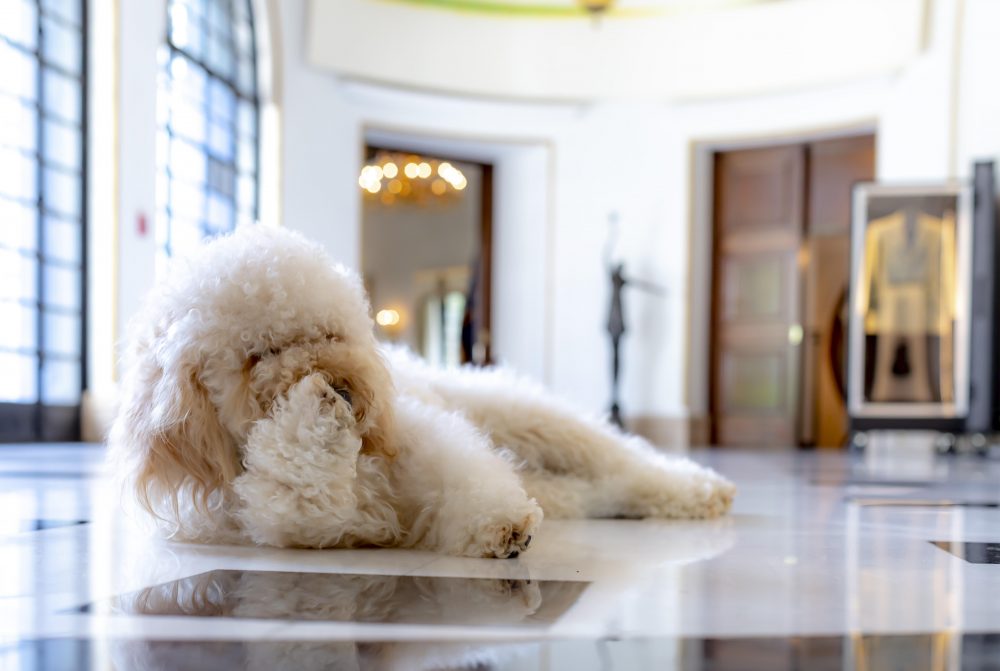 For Crosbie dog, life in the Residence ain’t bad.