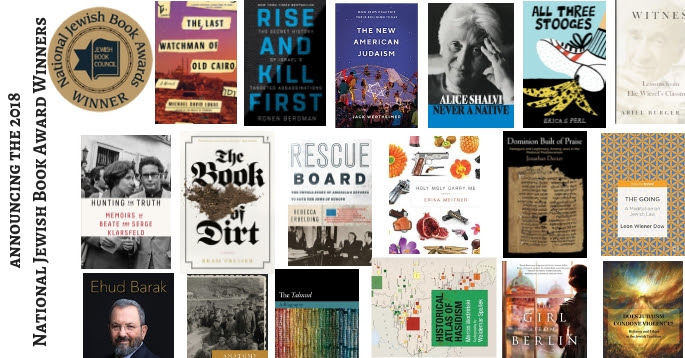 The noise of the news is loud every day and voices of conflict are elevated. Yet important voices of peace are always to be found, including in the books that won or were finalists for the National Jewish Book Awards for 2018 (announced yesterday).

You may want to take a look at the terrific list. I’m most intrigued by The Fox Hunt: A Refugee’s Memoir of Coming to America, by Mohammed Al Samawi. 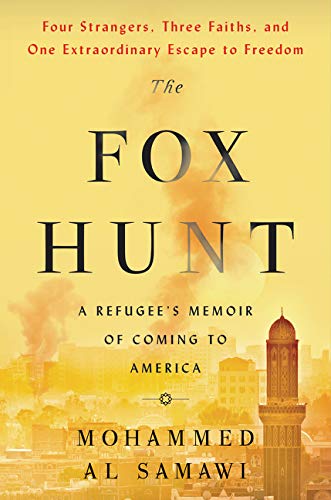 Born in the Old City of Sana’a, Yemen, to a pair of middle-class doctors, Mohammed Al Samawi was a devout Muslim raised to think of Christians and Jews as his enemy. But when Mohammed was twenty-three… what he read cast doubt on everything he’d previously believed. After connecting with Jews and Christians on social media, and at various international interfaith conferences, Mohammed became an activist, making it his mission to promote dialogue and cooperation in Yemen.

Then came the death threats: first on Facebook, then through terrifying anonymous phone calls. To protect himself and his family, Mohammed fled to the southern port city of Aden. He had no way of knowing that Aden was about to become the heart of a north-south civil war, and the battleground for a well-funded proxy war between Iran and Saudi Arabia. As gunfire and grenades exploded throughout the city, Mohammed hid in the bathroom of his apartment and desperately appealed to his contacts on Facebook.

Miraculously, a handful of people he barely knew responded. Over thirteen days, four ordinary young people with zero experience in diplomacy or military exfiltration worked across six technology platforms and ten time zones to save this innocent young man trapped between deadly forces— rebel fighters from the north and Al Qaeda operatives from the south.

The story of an improbable escape as riveting as the best page-turning thrillers, The Fox Hunt reminds us that goodness and decency can triumph in the darkest circumstances.

Another finalist that seems to convey hope for our time is Letters to My Palestinian Neighbor, by Yossi Klein Halevi. 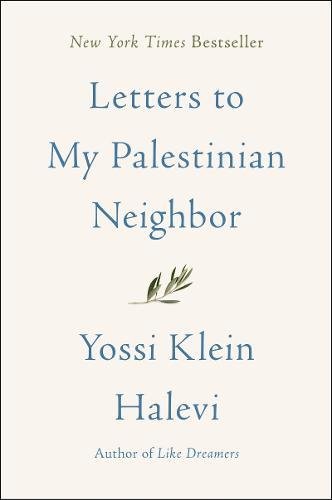 Yossi Klein Halevi yearns for a meaningful conversation with a Palestinian counterpart who is willing to read, listen respectfully, and respond. He hopes to determine whether two peoples can share a land while maintaining their separate contiguous states. Halevi understands that his overture must be rooted in his own willingness to listen. With some admitted reluctance, he has accepted the two-state solution as the only way to move forward.

Halevi makes this overture with the utmost sincerity and a fully nuanced understanding of modern Israel’s evolution and challenges. He seeks a Palestinian partner whose desire for peace is equally fervent, a person whose vision of the past includes the understanding that neither party can afford to be stuck in that past. The voice in the letters is filled with empathy, hope, and a bit of despair. It has an inviting, embracing, and winsome lyricism, as well as dignity and resolve—the perfect pitch for its colossal purpose.

Halevi has crafted a sequence of ten letters, imagined for a reader whose dwelling is nearby but who he hasn’t yet encountered. The letters have overlapping concerns, with undulating shifts in emphasis. These concerns include the functions of Holocaust memory, the need to pursue justice, and the many profound parallels in Jewish and Islamic holy texts and religious practices…

With intelligence and an essential, human consideration for “the Other” across the way, Halevi argues a new direction to be taken by individuals, communities, and governments in the Middle East and across the globe. To this end, this modestly-sized volume is a blessing, and may serve as a vehicle for dialogue and peace.

My reading list for 2019 is growing longer by the second. Yours?