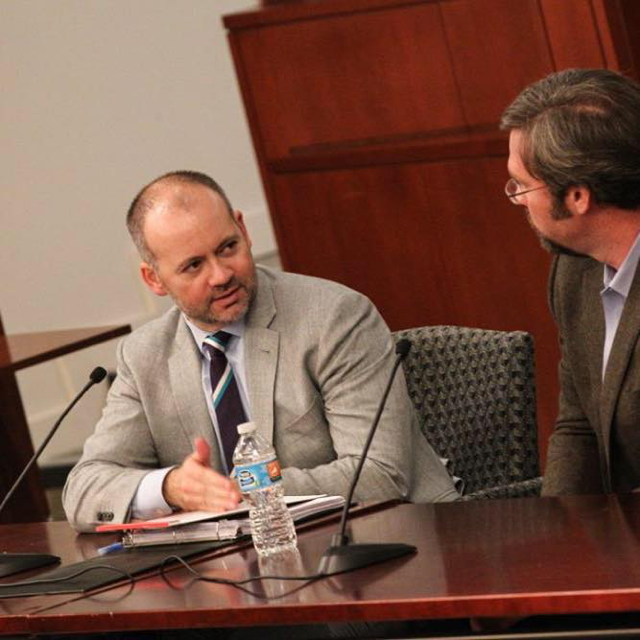 Brian Fitzpatrick, law school professor at Vanderbilt and one of Nashville’s foremost intellectuals, stops in at Bacon today to talk about teaching at Harvard Law last semester, what he’s reading right now, the most fun he’s had lately, and – wait for it – the meaning of life.

Thank you so much for stopping in at Bacon today, Brian! You know I’m a huge fan of yours. You put the vita in vitality. The joie in joie de vivre. You make intellectual courage look good.

What was it like being a professor at Harvard last semester versus being a student there a number of years ago – #1 in your class, rumor has it?

Humbling: the students are so much brighter today than we were back in 1997! But it was an amazing experience. Not only the opportunity to engage with such bright young minds, but also to engage with some bright old minds: most of my old professors are still on the faculty! 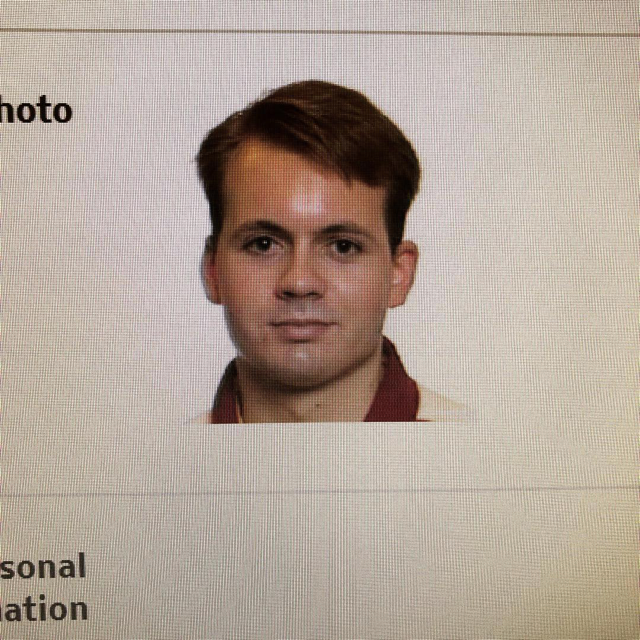 What is the quality you like most in a student?

Intellectual curiosity; wanting to know for the sake of knowing. It creates an exciting and infectious environment inside and outside the classroom.

What is the quality you most deplore in a student? Is this even a fair question?

There was one student this past semester who constantly asked me some version of “will this be on the exam?” or “how might this come up on the exam?” This is the opposite of intellectual curiosity, and, to be frank, it annoys me. I try to tell the students: “If you do not love what you are doing, you will not be at your best. So find something about every class you take that captivates you and use that as your entry to the material.”

What did you like about living in the Cambridge/Boston area? What was annoying?

I lived only 15 minutes by foot from the Law School. Cambridge is an urban college town, where students are mixed in with families who have been there for decades. The height restrictions on buildings make it a very charming place. I also loved the urban village design, where every half mile or so there is a square with lots of retail. Everything you could want was a short walk away. On the other hand, I did not want to actually walk around very frequently! The weather was cold and often rainy. I was eager to get back to Nashville by December!

I missed sitting on my front porch in Germantown every morning with a cup of tea; I had a two-bedroom apartment in Cambridge that made me a bit stir crazy. I also missed my colleagues and students at Vanderbilt and my friends here in Nashville.

What is your current state of mind?

I am on a plane on my way back to Nashville from a weekend in Miami. So I am refreshed. 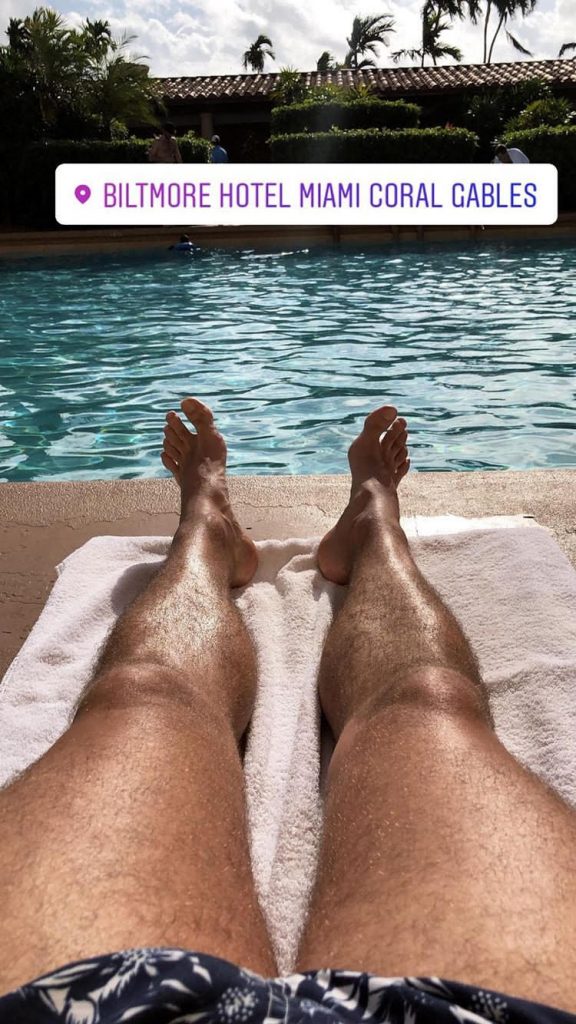 What’s the most fun you’ve had lately?

Miami was a great deal of fun. I go there once a month in winter, first in December for Art Basel and then each month thereafter to see the Miami City Ballet perform. Although the ballet this time wasn’t my favorite performance, it is always a lot of fun. While I was there, I also saw a master dance class that Jacob’s Pillow—an arts festival in the Berkshires I support—uses to audition students for its summer school. I had never seen a class like that before. It was especially interesting because the students I liked the best were not the ones the instructors liked the best! We all went for drinks afterwards and I met the “snowbird” Jacob’s Pillow supporters who live in Miami in the winter. I brought some of my friends from Nashville with me to the event, and they enjoyed the experience as well. As you know, I am a big fan of dance!

*Yes! I know you’re a big fan of dance! Nashville Ballet was so lucky to have you on the Board several years ago.

True or false: “Less is more.”

I think this is true for most things, with the exceptions of love and money!

What do you need less of?

*Well heavens you needed them.

What do you want more of?

Time. There are so many things to see and do. I wish I could see and do more of them!

What are you good at?

I prefer to let others be the judge of that!

What do you want to be good at?

Tennis! I have played off and on over the years, but I started taking a weekly lesson and now try to play at least once a week. But my net game still stinks!

That being a real lawyer is very stressful. I had forgotten that: I hadn’t practiced since 2005 but recently decided to take an appeal for a bunch of victims of the Allen Stanford Ponzi scheme. It has entailed a lot of late nights and chest pains!

*Chest pains can be signs of a panic attack. Let me know if you need the name of a doctor.

When I was very young, I loved reading Richard Scarry’s books. I still remember them vividly. I try to get them as gifts for all of my friends when they have young children. 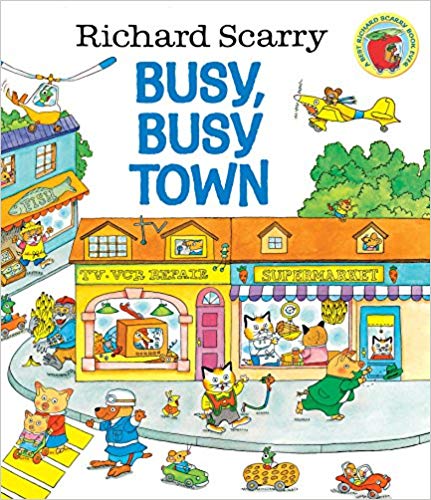 After that, I remember being attracted to a fairly random assortment of fiction. I liked war, so I read a lot of historical fiction about World War II and the Civil War. I also liked science and enjoyed Michael Crichton’s work. Most of what I read was recommended to me by my teachers. My parents were fairly hands-off about that sort of thing. I feel fortunate that I had very good teachers at every level of my education.

What are some of your all-time favorite books?

This is probably the hardest question you asked me (including the double bonus question!). But the most inspiring books I’ve read over the years have been biographies. When I was a younger man, I was captivated by Robert Remini’s biographies of Andrew Jackson. In more recent years, I have been captivated by Edmund Morris’s biographies of Teddy Roosevelt. Both lived incredible lives! 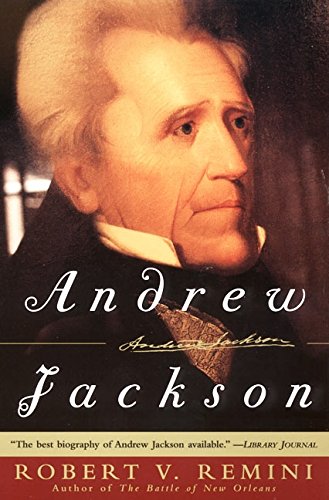 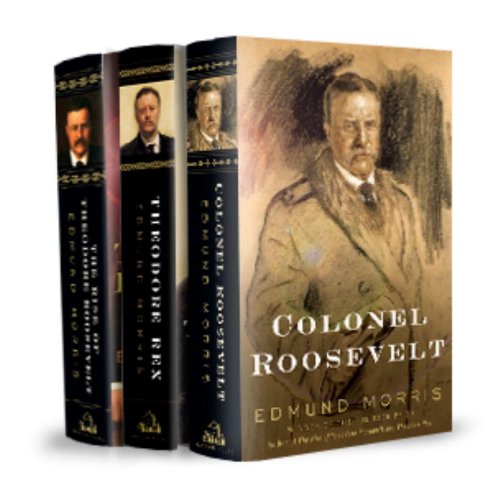 Do you always finish a book once you’ve started it?

No, but I usually do. I try to choose books I start carefully, but sometimes they are so bad I have to move on. Our time here is limited!

What’s the latest book that you hated or that deeply aggravated you?

Anything by Jeffrey Toobin, whether one of his books or one of his New Yorker articles—I regret it. Sadly, he is also a graduate of Harvard Law School, but he has abandoned the analytical thinking they taught us for breathless sensationalism. Much of what he writes about, I have personally lived through or know personally people who have, and I just shake my head at his utter lack of interest in trying to understand people who have different political views than he does.

What’s the last book you gave to a friend as a gift?

See below; I am handing it out like candy!

What were some of your favorite reads of 2018?

My favorite book of 2018 was Enlightenment Now by Steven Pinker. It is a book EVERYONE should read. 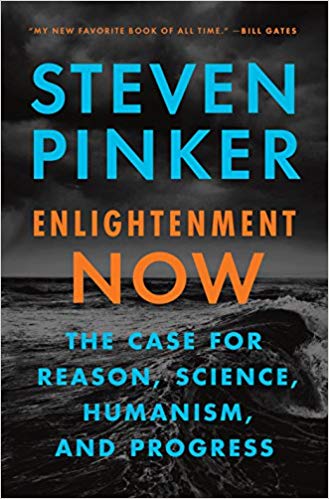 Pinker is a psychology professor at Harvard and the book gathers overwhelming data to show that the world has become a better place in pretty much every way over the last 200 years. He argues that the values ushered in by the Enlightenment—such as reason and science over magical thinking, which ultimately led to the embrace of capitalism and democracy—have created an uninterrupted period of incredible human flourishing. We take it all for granted, but the world was a much worse place 100 hundred or even 50 years ago. In 1900, the life expectancy of a black person in America was 33; today it is 75. In 1800, people in the richest nation in the world—the Netherlands—had a life expectancy of 40; people in the poorest country in the world today live much longer than that. It is a much-needed rejoinder to all of the pessimism we hear about today. We should be so grateful that we are alive when we are. Things are not perfect, of course, but they are better than they have ever been.

What are you reading now?

I just started The Evolution of Beauty by Richard Prum. 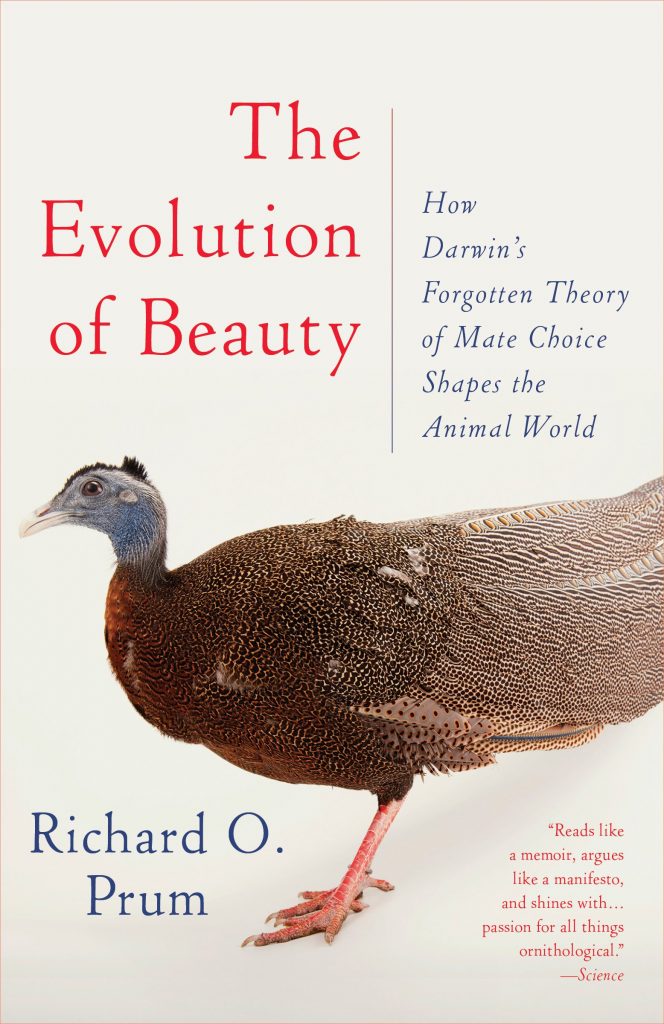 I have always been curious about what makes us sexually attracted to one person rather than another. The conventional view is that the things we find sexually appealing are correlated with benefits for our offspring—we prefer symmetrical faces because it is correlated with healthiness, etc.—but Prum takes a different view (what he says was Darwin’s view): sexual preference evolves independently of—and can be detrimental to—the fitness of offspring. I am looking forward to seeing if he can convince me.

One of the points Pinker makes in Enlightenment Now is that, although the world has become exponentially better, this was not inevitable and it is not inevitable it will continue. The world was stagnate for hundreds of years before the Enlightenment. I worry some that if we turn our backs on Enlightenment values, we will stop making more progress. I am especially worried about capitalism. I was astonished how anti-corporation my students at Harvard were. The profit motive is what has delivered the incredible technological advancement that we have experienced over the last 200 years. I worry that we are slowly slipping into an anti-capitalist period that will stall future gains. Some people say the best way to shore up support for capitalism is to redistribute more wealth, but I am not so sure. Wealth is not as uneven as some suggest it is once you add in government benefits like Social Security and Medicare. Rather, I think we need to make people more aware of what the world was like before capitalism and ask them this simple question: “would you rather everyone be equal but poor, or unequal with some poor, some middle class, and some rich?” That is our real choice. There is no free lunch.

What do you fear?

What makes you happy?

What is the meaning of life?

If I only knew! I think the best I can give you is this: to leave the world at least a little better than we found it. 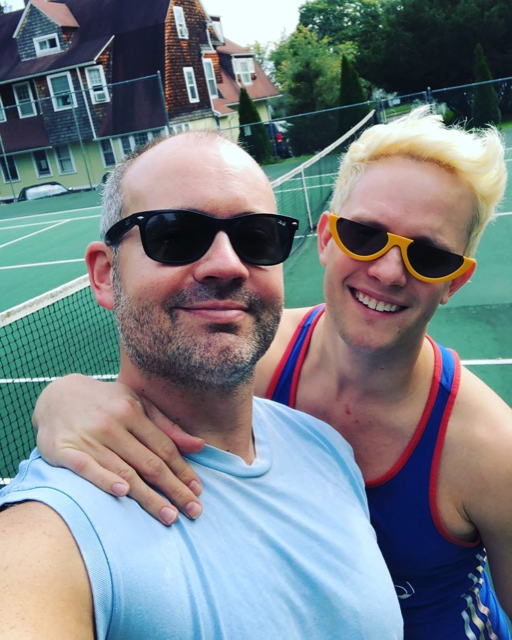 Brian Fitzpatrick’s research at Vanderbilt focuses on class action litigation, federal courts, judicial selection and constitutional law. Professor Fitzpatrick joined Vanderbilt’s law faculty in 2007 after serving as the John M. Olin Fellow at New York University School of Law. He graduated first in his class from Harvard Law School and went on to clerk for Judge Diarmuid O’Scannlain on the U.S. Court of Appeals for the Ninth Circuit and Justice Antonin Scalia on the U.S. Supreme Court. After his clerkships, Professor Fitzpatrick practiced commercial and appellate litigation for several years at Sidley Austin in Washington, D.C., and served as Special Counsel for Supreme Court Nominations to U.S. Senator John Cornyn. Before earning his law degree, Professor Fitzpatrick graduated summa cum laude with a bachelor’s of science in chemical engineering from the University of Notre Dame. He has received the Hall-Hartman Outstanding Professor Award, which recognizes excellence in classroom teaching, for his Civil Procedure course.