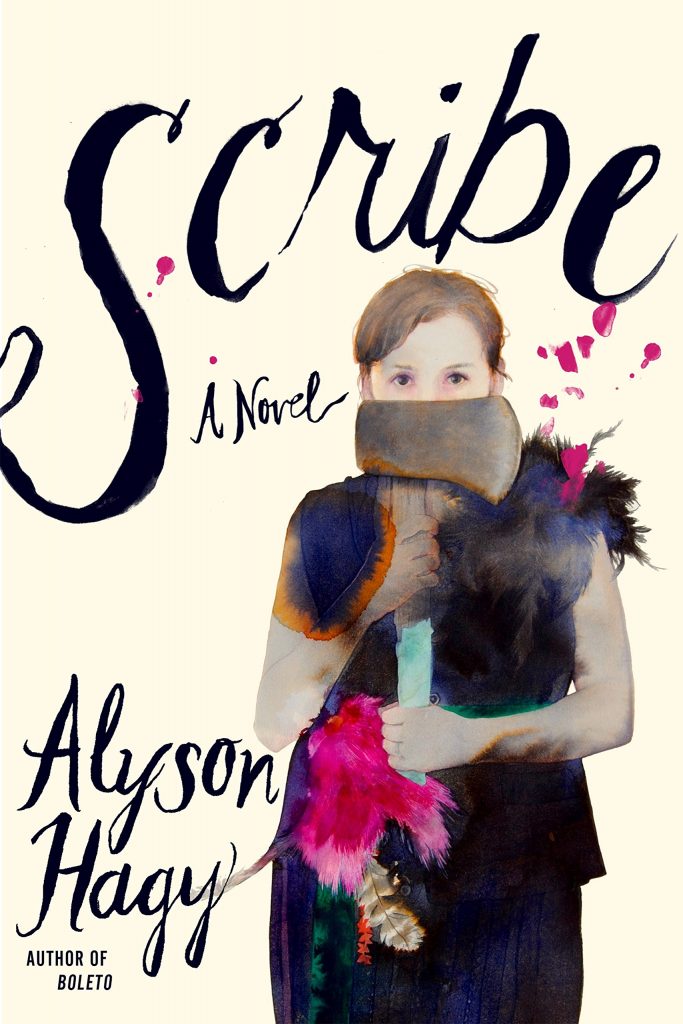 Spring grows and stretches and yearns. It imagines the hot green summer ahead – and rushes to meet it. Yet winter still holds its hand. Today’s post features five reads perfect for the season – books of yearning, imagination, curiosity, joy and sometimes despair.

My top pick is the strangely transporting novel Scribe, by Alyson Hagy, set in an imagined American past in which the Civil War is followed not by unification but by killing fevers and pockets of survivors who rule themselves. In the mountains of Appalachia, the malicious Billy Ringery brooks no challenge to his power. The “Scribe” of Hagy’s novel occupies a rare place of respect and some fear in her community. When the man Hendricks shows up at her door, a tortured soul, she is reluctant to pen the confessional letter he requests. Neither could have predicted the bloody and terrifying journey that lies ahead for both of them when she agrees. Scribe breathes and is breathless, a novel you’ll want to finish in one sitting. Hagy has drawn on traditional folktales and the history and culture of Appalachia, and – as her publisher says – her book “touches on pressing issues of our time – migration, pandemic disease, the rise of authoritarianism – and makes a compelling case for the power of stories to both show us the world and transform it.”

The best stories – like Scribe – often make our hearts race. Peter Heller’s new novel, The River, flows with a mad current, while you cling to the page. 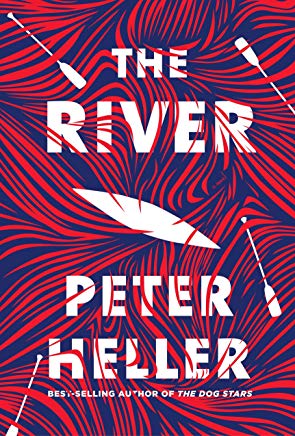 Wynn and Jack – young men, best friends since freshman orientation, save their money for a late-summer canoe trip in rugged, isolated Northern Canada. They’re both experienced outdoorsmen and well prepared for the adventure, until they’re not. A massive forest fire threatens – they’ve got to outrun it. They’ve encountered a few other people on the river, including two nasty drunks, and a man and woman in a loud argument at their campsite. Their paths are destined to cross again. Think “Deliverance,” imagined by a poet.

For a cozier read, try the enchanting new novel, Bowlaway, by Elizabeth McCracken. 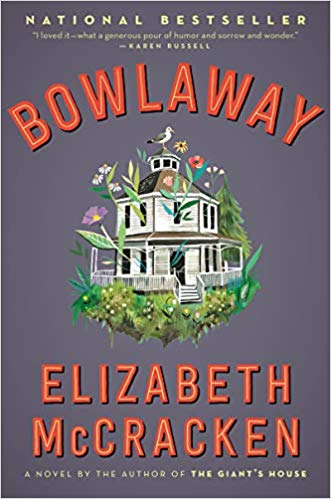 Set in early 20th century New England, there are both historical and dreamlike elements from the very beginning. Our main character, Bertha Truitt, appears in the town’s cemetery one cold winter morning, almost as if she has sprung from the a head of a god. She’s nearly dead – laid out on the ground – but not quite. No Aphrodite, she nonetheless has a generous bosom and loads of charm. She also has a bag full of gold coins and the clothes on her back and no history that she will tell. She proceeds to open the town’s first and only candlepin bowling alley, a game particular to New England at the time, which she claims to have invented. The book follows the fortunes of Bertha and her descendants – and the alley itself – through the early decades of the 20th century.

If Bowlaway feels historical and sometimes even mythical, The Dreamers, by Karen Thompson Walker, feels contemporary and dystopian instead. 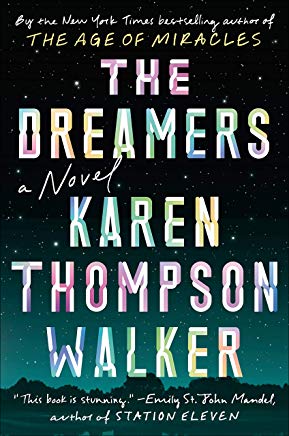 In the early pages, you’ll find yourself comfortably hanging out on a college campus in Southern California. A girl and a boy are making out in a stairwell after a party. Sound familiar? Things get weird fast. First the girl in the stairwell goes to sleep and can’t be woken, then another girl falls into an unrelenting sleep. The dorm is quarantined while scientists try to figure out the bizarre sleeping sickness. The entire college town is soon cordoned off. In extreme circumstances, we reveal our truest selves. Seemingly healthy, will you try to evade the quarantine? How will you protect yourself from the sick? And if you must choose, who will you decide to protect? The Dreamers features an ensemble cast including college students and townies, a survivalist father and his two daughters, and an unborn child. It wasn’t always clear to me why some people got sick and others didn’t, but Walker seems to intend that the reader feel as disoriented as the town’s inhabitants.

Lisa Ko will also shake you up and disorient you with her provocative, award-winning novel The Leavers (PEN/Bellweather Prize for Socially Engaged Fiction, National Book Award Finalist 2017). 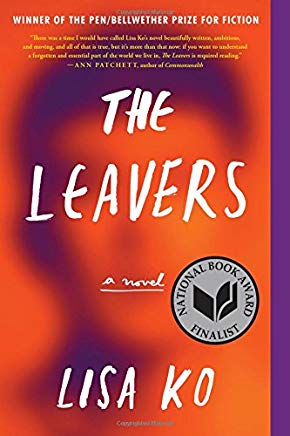 My book club went crazy over this one. The Leavers tells the story of a young Chinese woman – pregnant – who immigrates illegally to the United States and gives birth to a son. She sends the baby back to China to be raised by her father while she works to pay off the enormous debt she incurred immigrating (think loan shark). The boy, Deming, returns to New Jersey to live with his mother when he’s six. But his mother has the bug to go to Florida to start a new life there – and one day she simply disappears. Deming, adopted by an American couple, becomes Daniel – but yearns, for years, to find the mother who left. Will he leave his adoptive parents on the cusp of adulthood if he has the chance to find her? No one is perfect in this novel, least of all a confused young man. And things may not be exactly as they seem. But I’d never recommend a novel that trades only in despair. Especially not on the cusp of Spring, with new life in the very air we breathe.

The original version of this post appeared in Styleblueprint.

A few photos from spring in Nashville (before the hard freeze)… 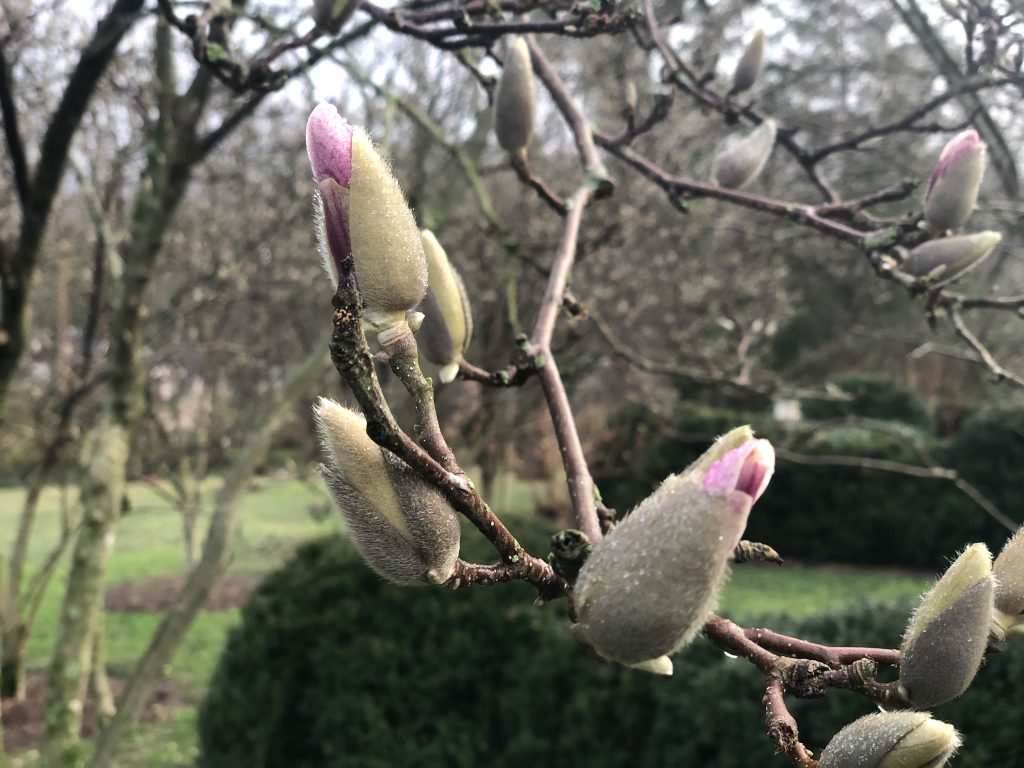 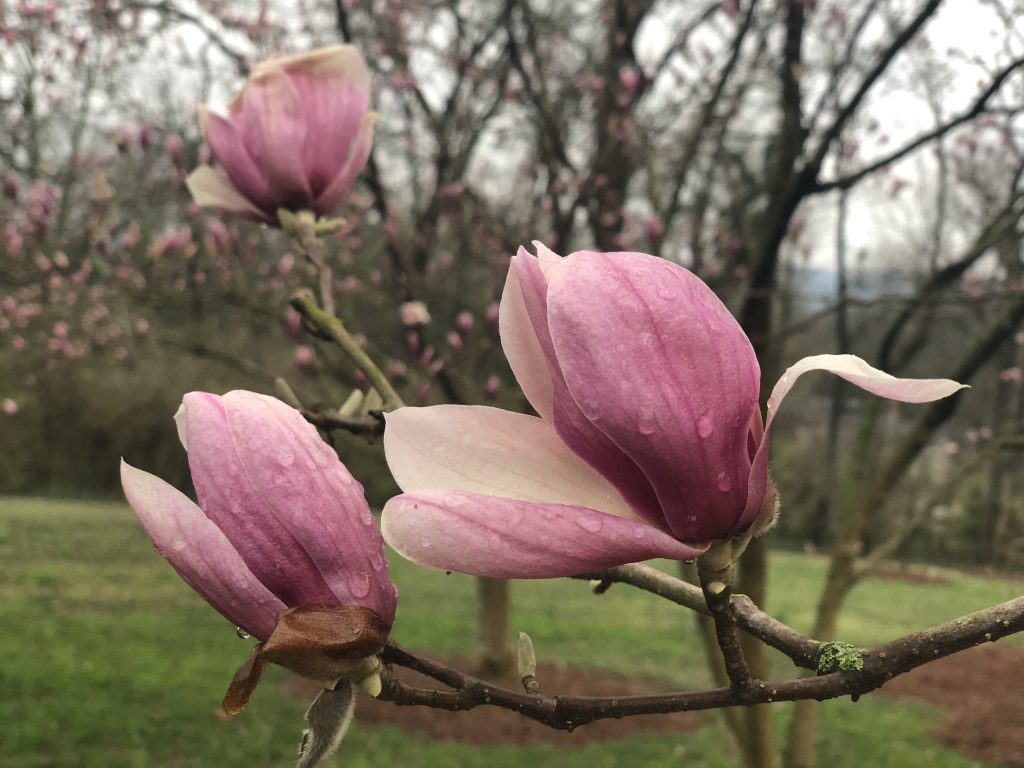