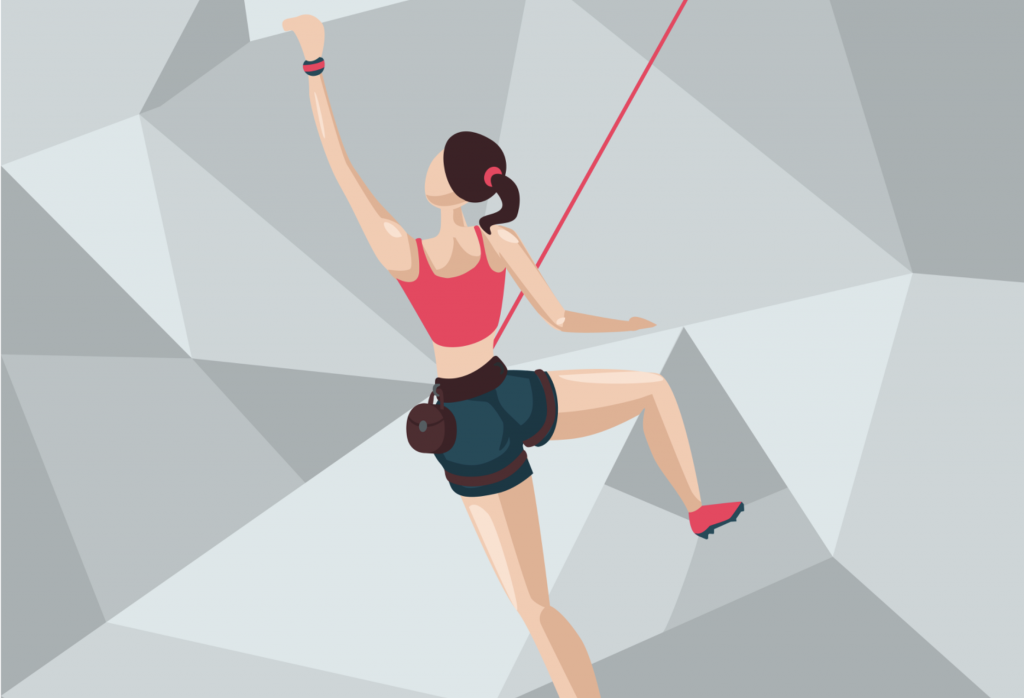 Mary Raymond returns to the Bacon Neighborhood today with a thoughtful piece on the mountains we climb. The ties that bind. And what sets us free. 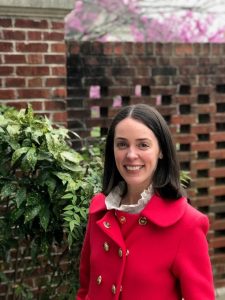 When I was in high school, each chapter of my Latin textbook began with a quote from one of the esteemed elders of antiquity. At fourteen, I was amused by a long quote from Socrates about the youth of his age being slothful, tyrannical, and utterly disrespectful of their parents. Evidently the older generation has always believed that their children are leading them on a path toward destruction. That perspective has proved centering for me whenever I hear someone bemoan the moral decay of our present age. Also, I’m a Calvinist. I believe mankind mucked things up long before anyone ever heard of the Socratic method.

So naturally I raised an eyebrow when I read David Brooks’ April 15th New York Times column in which he introduces the themes of his new book, first declaring that we are in a collective moral and spiritual crisis. Well, yes, David. What else is new?

As I kept reading, Brooks surprised me. He wrote about how we need strong communities and institutions to help us create a moral ecology, how it’s our obligations and commitments that set us free. Brooks even wrote about souls needing salvation. Outside of a place of worship, who speaks of such things anymore?

I thought it was beautiful.

Brooks expands on these themes in The Second Mountain: The Quest for a Moral Life. 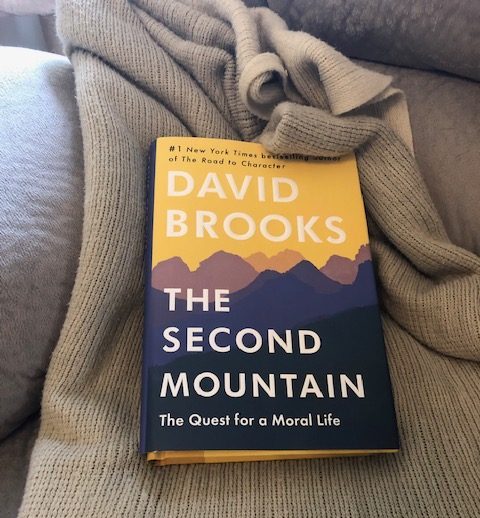 Brooks believes that many of us start climbing the first mountain of career ambition and search for meaning before cratering in the valley of disappointment when all that we thought would fulfill us leaves us spiritually adrift. For many of us, going through the valley of tribulation unlocks a deeper capacity for joy, meaning, and connection: the second mountain. Brooks examines how commitments to vocation, marriage, faith, and community increase our joy and enrich our lives. He posits that the lies we learn on the first mountain – that career success is fulfilling, that rugged individualism can help us find our own truth and happiness – offer us far less freedom than the commitments of the second mountain.

If you’ve ever seen Brooks on one of the Sunday morning news shows, you know him to be a little wonky and professorial – not the kind of guy who you would guess spends much time pondering the deepest yearnings of human hearts. Even he seems a little surprised to be the messenger here, but I found him to be utterly believable. He leans heavily on writings from Henri Nouwen, C.S. Lewis, St. Augustine, and Paul Tillich as he describes his own religious awakening. But when Brooks writes that living with joy requires living with wonder, gratitude, and hope, there isn’t any doubt he is sharing his own convictions.

Growing up in Brooklyn, Brooks’ childhood was rich with the traditions of his Jewish lineage. His Judaism provided him with a moral framework, but he also attended an Episcopalian summer camp and was well acquainted with the teachings of Christianity. Brooks writes that he was never confused by the juxtaposition of these two different religious experiences in his life – he simply embraced the dualism. His first wife converted to Judaism soon after they were married, and it was her deep commitment to the faith which shaped the way they raised their three children.

Brooks experienced his valley in the summer of 2013, when he was nearly swallowed whole by the loneliness and humiliation that followed his divorce. He describes the series of events following his divorce and eventual remarriage to a woman of deep Christian faith as “not a religious conversion. It wasn’t moving from one thing to another. It felt more like deeper understanding.” Brooks treads easily in religion’s gray areas, embracing the guidance of Jews and Christians alike. He identifies as both culturally and religiously Jewish while finding comfort and wisdom in the Sermon on the Mount.

I was surprised by how much I related to Brooks. He was born into a Jewish family in Brooklyn; I was baptized as an infant at my church in Nashville. His early political persuasions leaned toward socialism; I raved about Jack Kemp to my high school U.S. government class. Brooks eventually made a career out of his political conservatism, and this former Young Republican is now a Middle-Aged Democrat.  But the way Brooks describes his faith – side-by-side with an honest accounting of doubt – felt like home to me. I am most comfortable with people who believe that there is such a thing as universal truth but also have the humility to acknowledge that there is so much of God which humans cannot comprehend. Brooks seems to agree:

“I come at faith from a different angle, based on a different journey, in ways that are undoubtedly connected to my makeup and personality. I connect more with a smaller group of people who struggle with faith, who wrestle with all the ridiculous unlikelihood of faith. I experienced grace before I experienced God, and sometimes I still have trouble getting back to the source. But I find that as long as there are five or ten people in your life whose faith seems gritty and real like your own, that keeps the whole thing compelling.”

For the past three years I’ve participated in a Sunday School class at my church in which we traced the promises of God first to the Jewish people in the Old Testament and then to the Gentiles in the New Testament. One of the first things we learned is that God covenanted with the Jewish people and offered them freedom within limits. When we first began exploring this concept, one of my classmates said, “That sounds a lot like marriage.” This aligns with Brooks’ thesis. It’s not a stubborn embrace of individualism which sets us free, no matter how appealing this might be at times. The “weavers” he profiles in his book who truly experience joy tether themselves tightly to their communities, their families, their marriages, and their faith.

I tend to resist anything like commitment, but I believe that Brooks is right. A couple of years ago I was asked to be a deacon at our church. My internal reaction (Christian virtues on full display) was Absolutely Not! I like listening to the sermon and singing the hymns. I don’t want to be running around handing out bulletins and serving on endless committees. No thanks! Begrudgingly, I said yes because I’ve learned that sometimes it’s better not to say the quiet part out loud.

Two years later, here is what I’ve learned. My commitment to my church has grown so much deeper as I have tied myself to it more tightly through this service. I’ve witnessed the minor miracle that occurs each Sunday when an usher captain stage manages ten volunteer deacons for each service to make sure things run smoothly and guests feel welcome. I’ve seen the kindness of this small army covering for each other when a family illness requires a last-minute substitute.

Rabbi Jonathan Sacks, quoted in The Second Mountain, points out that the creation story is covered in just thirty-four verses in the book of Genesis. Yet hundreds of verses – nearly a third of the book of Exodus – are devoted to the building of the tabernacle. Brooks explains the incongruity: “The Israelites are not yet a people.  They are an oppressed and disparate group of tribes and individuals. To turn a group of individuals into a covenantal nation, they must build something together.” A few thousand years later, armed with Uber, TaskRabbit, and Amazon Prime, it’s enticingly easy for us to insist that we have no need of our neighbors. Brooks makes a strong case that we deceive ourselves if we embrace this lie.

And a word from Mary’s cat Mavis… 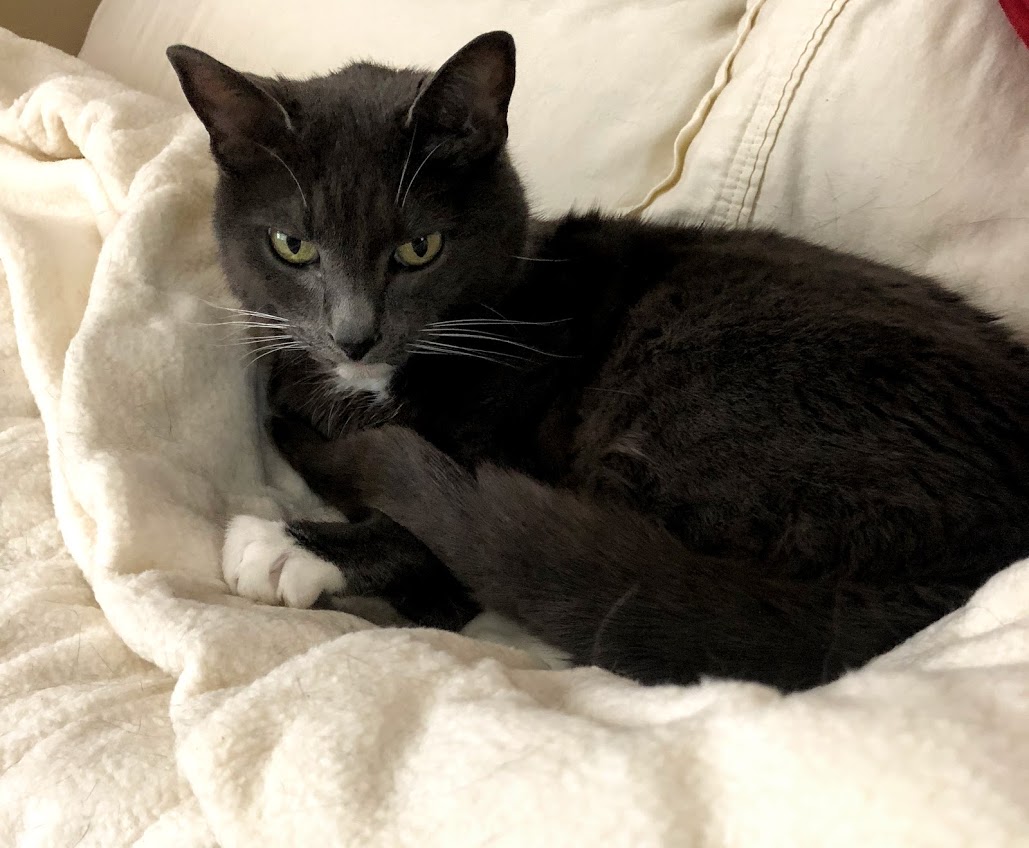 My commitment to finding the best napping location might border on zealotry.