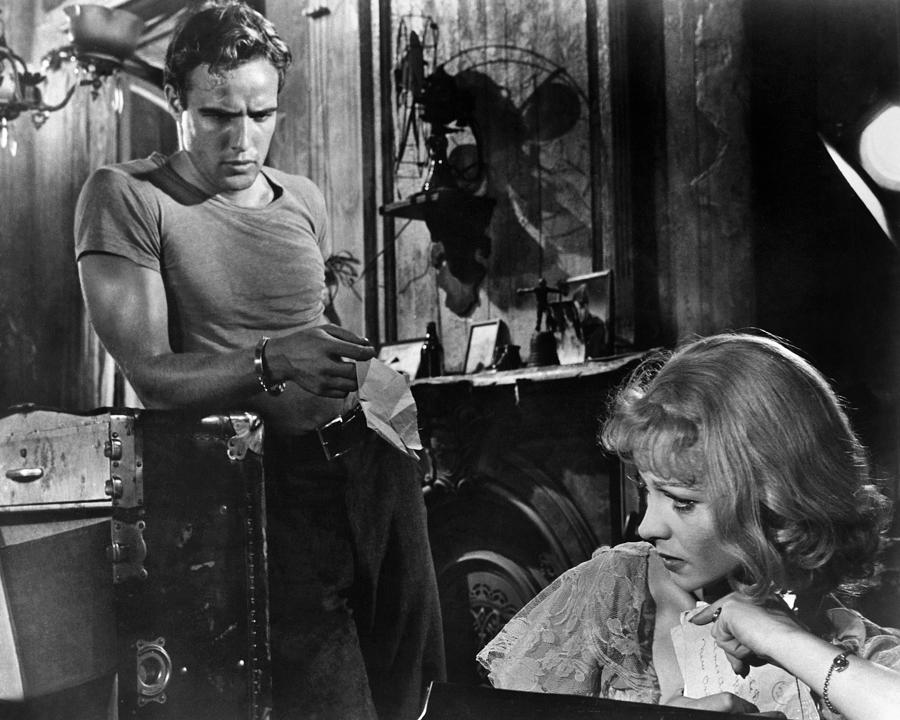 Blanche DuBois is falling apart. Shaken – shattered – she’s left her home and moved to New Orleans to live with her sister Stella. There, Blanche falls under the sway of her sister’s husband, played with such heat by Marlon Brando in the 1951 movie. Things don’t end well.

Nashville Ballet brings a new version of the Tennessee Williams story to life November 1st to 3rd. Why is Blanche coming to pieces? And should our hearts break too?

“I don’t want realism. I want magic! Yes, yes, magic! I try to give that to people. I misrepresent things to them. I don’t tell the truth, I tell what ought to be the truth. And if that’s sinful, then let me be damned for it!” Blanche says.

“I know I fib a good deal. After all, a woman’s charm is fifty per cent illusion, but when a thing is important I tell the truth,” Blanche says.

“Never inside, I didn’t lie in my heart…,” Blanche says.

Adam Ross, editor of The Sewanee Review, and director Nancy Meckler will lead “audience talk-backs” after each performance. If there’s one Ballet to see this year, this is it. 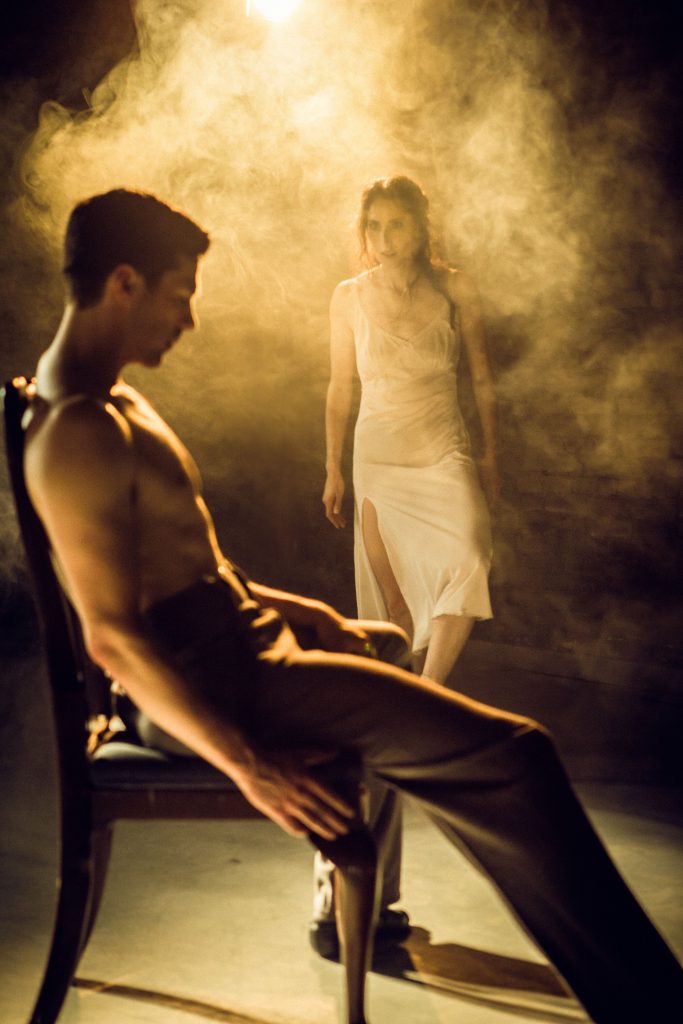 “‘A Streetcar Named Desire’ is an iconic story most folks think they know well, likely thanks to some assigned high school reading and a sweltering performance by Marlon Brando as Stanley in the 1951 film by Elia Kazan.

But in 2012, international choreographer Annabelle Lopez Ochoa and London-based theater director Nancy Meckler decided to challenge that notion, coming together to turn Williams’ classic Southern play into a Scottish ballet.

The audiences of the ’40s and ’50s, and even those of later stage and screen performances, didn’t exactly connect with Blanche, though. They saw her as a liar and a loose woman, an alcoholic slowly unhinging herself from reality who couldn’t keep a man and ultimately got what was coming to her…

What Meckler and Ochoa did by turning Streetcar into a ballet was ask us to look at Blanche again, to see this archetypal Southern woman anew, and maybe this time find a few flecks of ourselves in her flickering light.

Since its creation in 2012, Meckler and Ochoa’s ballet was performed frequently by the Scottish Ballet and the Estonian National Ballet, which toured its production across Europe and in two American cities, Los Angeles and New Orleans. Now, Meckler and Ochoa are bringing a new production to the South. Danced by the Nashville Ballet… the production opening November 1 will mark the first time the Streetcar ballet has been performed by an American company or a Southern ballet company — and the first time a Southern woman will dance the role of Blanche.”…

“…[W]e show the audience all of the backstory of Blanche DuBois,” Meckler says. “Whereas, when people see the play, they only hear her talk about her past, and I’m not even sure whether they believe her.”

… Showing Streetcar from its chronological, rather than narrative, beginning not only “helped people to follow the story,” says Ochoa, “but also to feel empathy and understand the characters.”

(Please click here for the complete article and some gorgeous in-studio photos of rehearsals.)

Hi Paul! What should we expect at the talk-backs?

We’re looking forward to hosting our audience members in conversation with a panel of experts about the ballet and the subject matter. “A Streetcar Named Desire” is full of deep, dark themes that we think people will want to hear more about and discuss. I believe the best part of a performance can be the discussion we have afterwards with our friends and colleagues.

Who are the moderators?

Adam Ross, editor of the nationally-known publication “The Sewanee Review,” will moderate each of the talk-backs. Adam has written extensively about Tennessee Williams and “Streetcar” specifically. (By the way, Sewanee University holds the rights to all of the Williams works. Nashville Ballet has to license the use of the play and story from Sewanee). Nancy Meckler, director and dramaturg, and one of the creators of the work, will also be there. 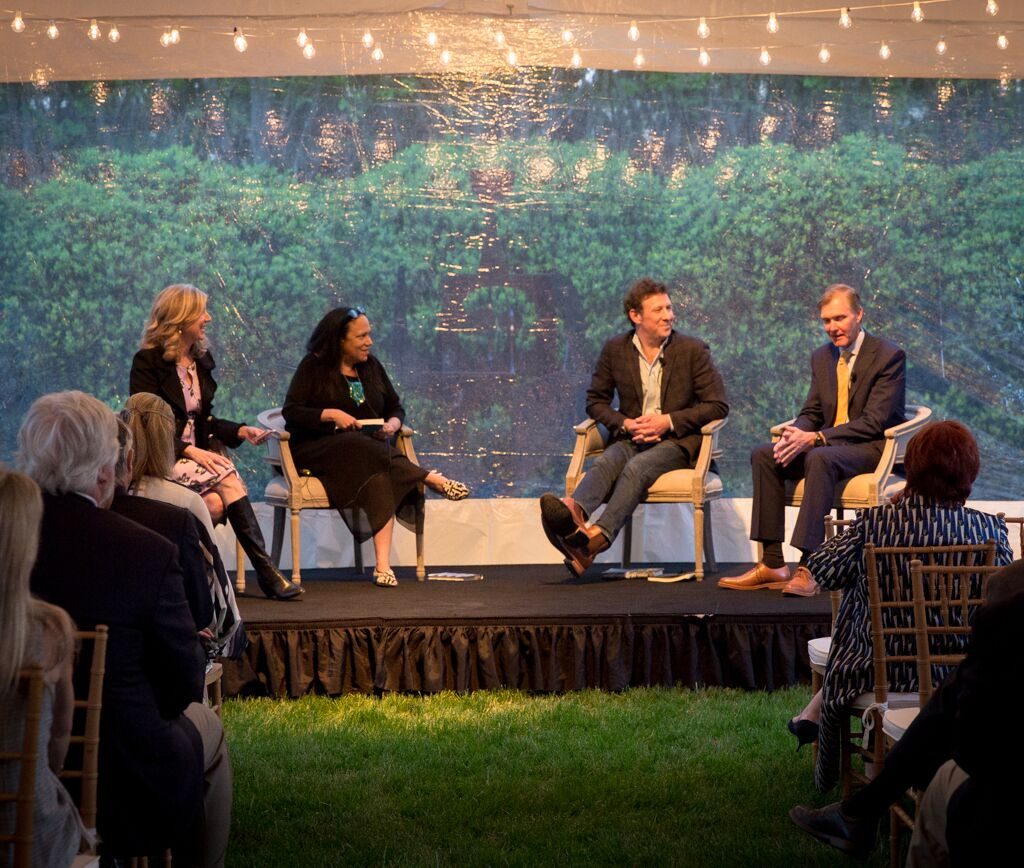 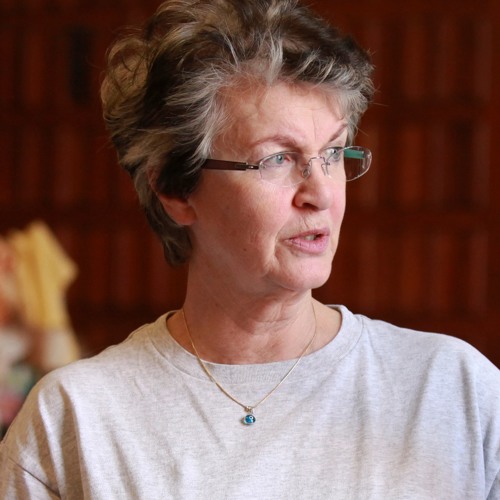 I know you’ve hosted similar talk-back sessions after performances of “Lucy Negro Redux” and “Light: The Holocaust and Humanity Project.” Any others?

We started doing talk-backs like this for “Light” in 2018. Those sessions were so successful in opening up the art works to our audiences that we wanted to continue and expand them to more of the works we present. Check out our website, NashvilleBallet.org; look for “Inside the Ballet.”

Audiences have loved them. The talk backs after “Lucy Negro Redux” were particularly well attended.

Are you aware of other Ballet companies that do this?

It’s not an uncommon practice. The difference for us is the depth of our exploration into the works and the level of knowledge of our experts. I believe the discussions lead to other “doorways” into the art, and thus a deeper engagement in them.

See you at the Ballet, Paul! xoxo

A few other quotes from “Streetcar” to whet your appetite…

Don’t you just love those long rainy afternoons in New Orleans when an hour isn’t just an hour – but a little piece of eternity dropped into your hands – and who knows what to do with it?

Oh, you can’t describe someone you’re in love with!

The rest of my days I’m going to spend on the sea. And when I die, I’m going to die on the sea. You know what I shall die of? I shall die of eating an unwashed grape. One day out on the ocean I will die – with my hand in the hand of some nice looking ship’s doctor, a very young one with a small blond moustache and a big silver watch. “Poor lady,” they’ll say, “The quinine did her no good. That unwashed grape has transported her soul to heaven.”

He was a boy, just a boy, when I was a very young girl. When I was sixteen, I made the discovery – love. All at once and much, much too completely. It was like you suddenly turned a blinding on something that had always been half in shadow, that’s how it struck the world for me. But I was unlucky. Deluded.

Well, honey, a shot never does a coke any harm!

We’ve had this date with each other from the beginning.

I have always depended on the kindness of strangers.

You’re simple, straightforward and honest, a little bit on the primitive side, I should think. To interest you a woman would have to… To lay her cards out on the table.

He acts like an animal, has an animal’s habits! Eats like one, moves like one, talks like one! There’s even something -sub-human -something not quite to the stage of humanity yet! Yes, something – ape-like about him, like one of those pictures I’ve seen in – anthropological studies! Thousands and thousands of years have passed him right by, and there he is – … – survivor of the Stone Age! Bearing the raw meat home from the kill in the jungle! And you – you here – waiting for him! … Maybe we are a long way from being made in God’s image, but …- there has been some progress since then! Such things as art – as poetry and music – such kinds of new light have come into the world since then! In some kinds of people some tendered feelings have had some little beginning! That we have got to make grow! And cling to, and hold as our flag! In this dark march towards what-ever it is we’re approaching . . . Don’t – don’t hang back with the brutes!”

He didn’t know what he was doing… He was as good as a lamb when I came back and he’s really very, very ashamed of himself.

Her delicate beauty must avoid a strong light. There is something about her uncertain manner, as well as her white clothes, that suggests a moth.

A fire smokes the most when you start pouring water on it.

I never met a woman that didn’t know if she was good-looking or not without being told, and some of them give themselves credit for more than they’ve got.

You see I still have that awful vanity about my looks even now that my looks are slipping!

They told me to take a streetcar named Desire and then transfer to one called Cemeteries and ride six blocks and get off at – Elysian Fields!

And, a final remark from Tennessee Williams – “Why did I write? Because I found life unsatisfactory.”