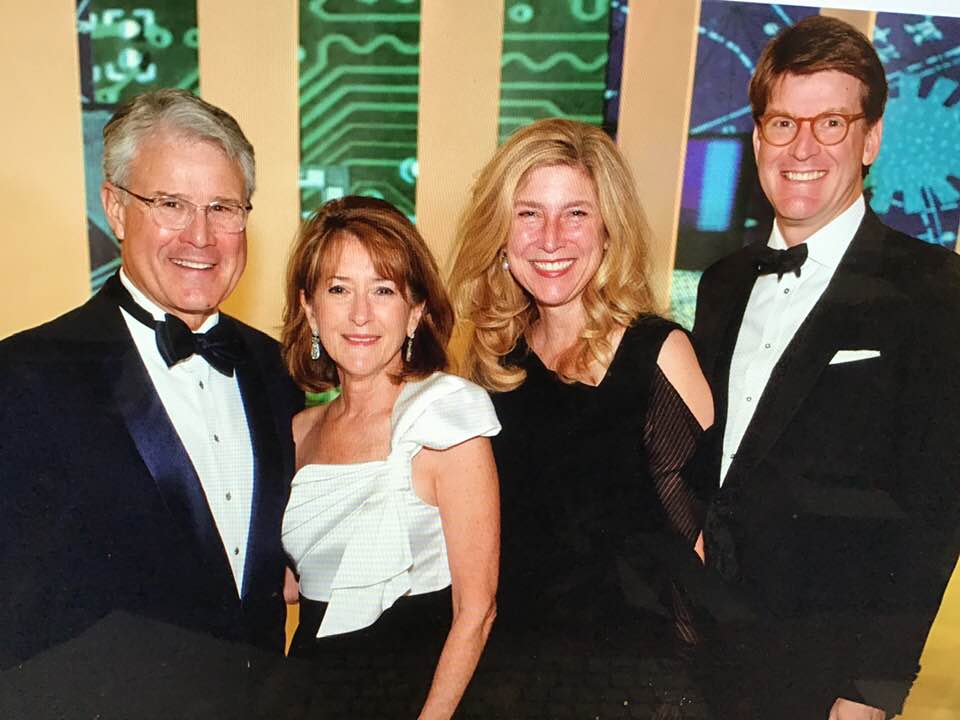 Todd Jones, former senior pastor at First Presbyterian Church, Nashville, offers a meditation today on one of the best novels he’s read this year – The Dearly Beloved, by Cara Wall. Was it the best book he read this year? “Honestly, I read too many good novels on our transatlantic cruise to say any particular one was THE favorite. I’ve been like a kid in a candy store with reading since retirement! One of the freedoms it affords…”

He’s not alone in loving The Dearly Beloved. Jenna Bush Hager chose it as a Today show “Read with Jenna” Book Club Selection, calling it a “gentle, gorgeously written book.” The New York Times Book Review called it “a moving portrait of love and friendship set against a backdrop of social change” (Editor’s Choice).

To Wall, “life is a blessed struggle,” says Todd.

Cara Wall is a name that lovers of the American novel will want to remember. Cara grew up in Greenwich Village, graduated from Stanford University and has worked at the Iowa Writers’ Workshop, directing their Young Writers Studio. Her first novel is The Dearly Beloved, published this year by Simon and Schuster. There are good novels that are driven by plot, and those that are more about compelling character development. The Dearly Beloved follows the lives of four people through the challenges of life together. 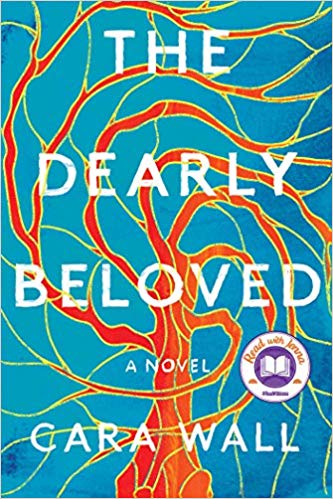 Nan and James meet while she is a student at Wheaton College, and he an undergraduate at the University of Chicago. James’ route to university has been a troubled one, with an alcoholic father and a mother who wants more for this bright, passionate child. Nan is a pastor’s daughter raised as an only child in a small Mississippi town in the 1950’s. As James is drawn to Nan, he finds himself accompanying her to church, where he dreams of a life lived in pursuit of a better, more just and equitable world. His passion leads him to pursue a call to ministry, not so much out of a deep faith in God, as out of the conviction that he could find in the church a vehicle through which the world could be healed. “James never preached about God, or the joy his faith gave him, the solace and direction. James’ God was conscience, guilt and desperation.” Nan’s father wisely guides James to Kings College in London, where he pursues his unorthodox call to ministry with Nan’s love for Christ keeping him grounded.

Charles is raised the son of a Harvard Classics professor in a family that has very little to do with God or church. As an undergraduate at Harvard, he goes to hear a lecture by a Catholic priest and suddenly finds himself grasped by God, who is more real to him than anything else he has ever encountered. Charles surprises his parents by opting to attend Harvard Divinity School, and during these years he meets a Radcliffe student named Lily. Lily lost her parents in an accident and doesn’t believe in God at all. “But the prerequisiste for love was trust; and Lily did not trust anything.” Charles falls head over heels in love with Lily, and she slowly assents to his desire to marry.

These stories come together when Charles and James are called as co-Pastors to the Third Presbyterian Church in Greenwich Village in the early 1960’s. As they negotiate the heartaches and setbacks, as well as the joys and delights of life lived within this community of faith, their lives unfold in ways that draw you into your own life more fully.

I love this novel for many reasons, not least because Cara Wall takes the God question so seriously. In the four principle characters, you find that there are no easy answers when it comes to faith, and there are many ways that people make sense of their lives. Life is a blessed struggle for Wall, and she clothes her characters with an uncommon depth and dignity. There are moments of profound wisdom and startling clarity in this story that make it one of the most thoughtful novels I have ever read. Let me leave you with one such instance. The angry young prophet in James has rocked the peace of Third Presbyterian Church, and while on a forced sabbatical in Mississippi, Nan’s father says, “A divided congregation will always turn on itself, James, and then what use will they be to the outside world?”

Cara Wall offers a world of wisdom and beauty through her first novel. I cannot wait to read her second! 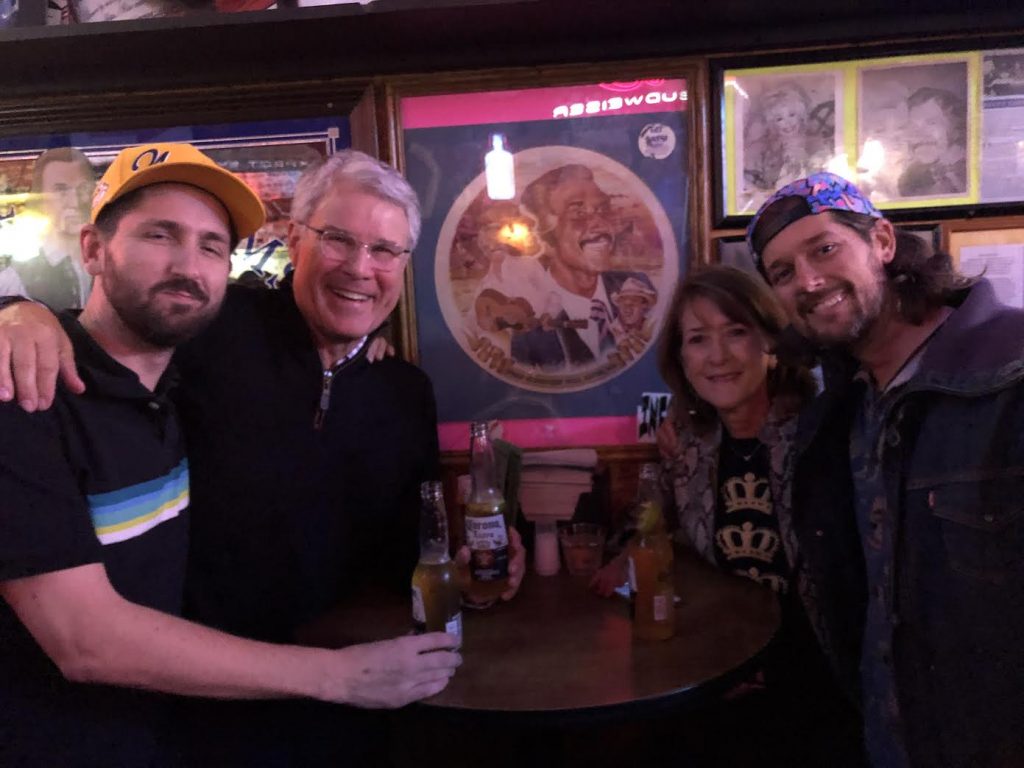 At Robert’s Western Wear after a Preds game 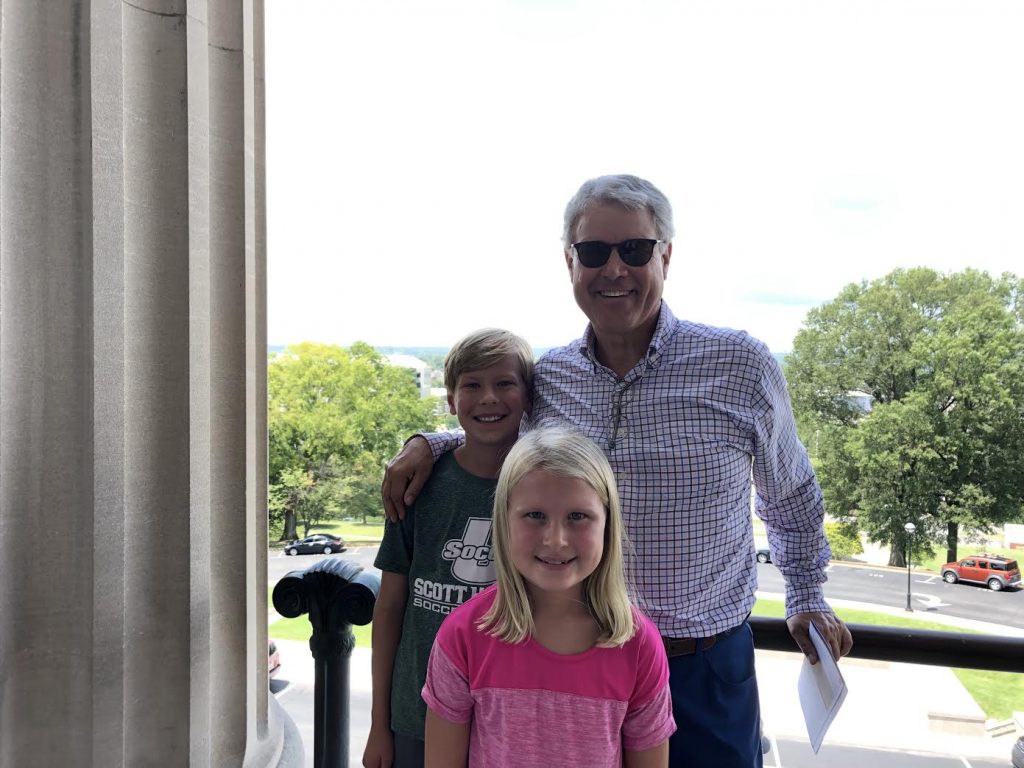 At the State House