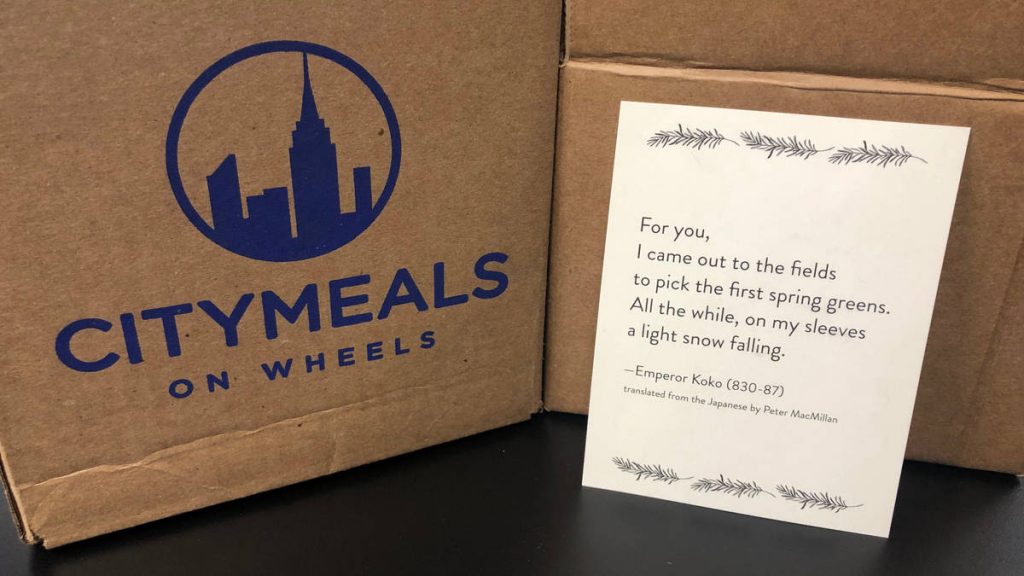 Photo from Citymeals on Wheels

This week I was intrigued by a segment in the Washington Post book blog featuring Meals on Wheels in New York City – delivering poetry with their meals.

Can we do this, Nashville? Raleigh, Atlanta, Louisville? Birmingham, D.C.? I’m thinking of you, readers of StyleBlueprint and BuildMeUpButtercup and Bread and Honey – and all my other friends in the Bacon Neighborhood. This seems like such a good and worthy endeavor.

From Ron Charles in The Washington Post book blog:

Food and poetry have a delicious connection. Remember when William Carlos Williams apologized for eating those sweet, cold plums, which you were probably saving for breakfast? …Too often we snobbily imagine that literary sustenance is a luxury not a necessity. The Poetry Society of America couldn’t disagree more. Since the fall of 2018, the society has supplied poems that can be distributed with food by Meals on Wheels chapters. “We’re not blind to the fact that people have material needs,” says Matt Brogan, Executive Director of the Poetry Society of America. “But that is not the end-all and be-all of what folks need. The poems don’t replace actual nourishment, but they provide a different kind — this emotional, intellectual element that I think people crave.” He notes that the poems, printed on small cards, are intended “to break a sense of isolation between the recipients and the outside world.” The society is now working with three Meals on Wheels chapters in New York and California — and is actively looking for more. Beth Shapiro, executive director of Citymeals on Wheels in New York, tells me she immediately loved the idea. “What we deliver is more than a meal,” she says. “It’s a check-in and it’s a visit.” These poems — by Walt Whitman, Sara Teasdale and contemporary poets as well — are “a great way to take the written word and bring it to people who might be hungry for it.” Although she’s received calls and letters of thanks, she says, “The best is to go into a meal recipient’s home and see the poems on their refrigerator. It’s just wonderful and warming.” Give me a minute; I seem to have something in my eye.

Me too, Ron. I delivered Meals on Wheels while a young attorney practicing at Sherrard & Roe in Nashville (now Sherrard, Roe, Voigt & Harbison). It seemed that the meal was not the most important thing we were delivering.

Linda Koon, I remember delivering meals with you. I think MBF, JSH, TAP, Steve King may have been involved? Oh dear, it was a thousand years ago. 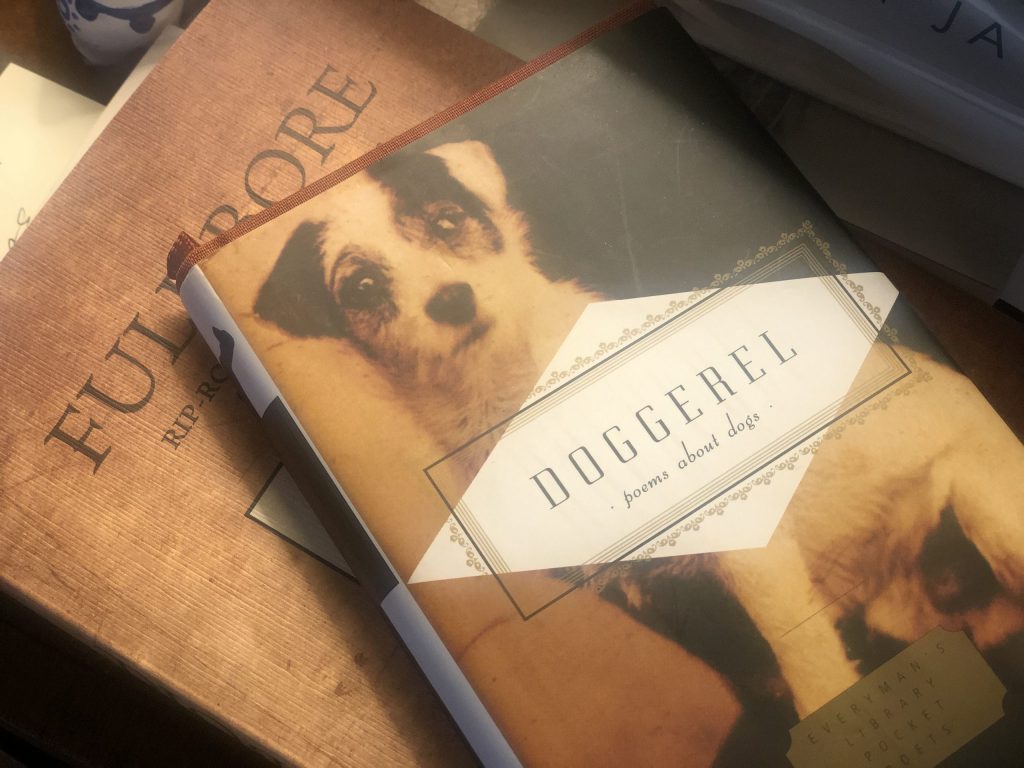 A dog belonging to Lacy Throckmorton

Though once a puppy, and though Fop by name,
Here molders one, whose bones some honour claim;
No sycophant, although of spaniel race!
And though no hound, a martyr to the chase!
Ye squirrels, rabbits, leverets, rejoice!
Your haunts no longer echo to his voice.

Is that too depressing? Am I on the wrong track here? 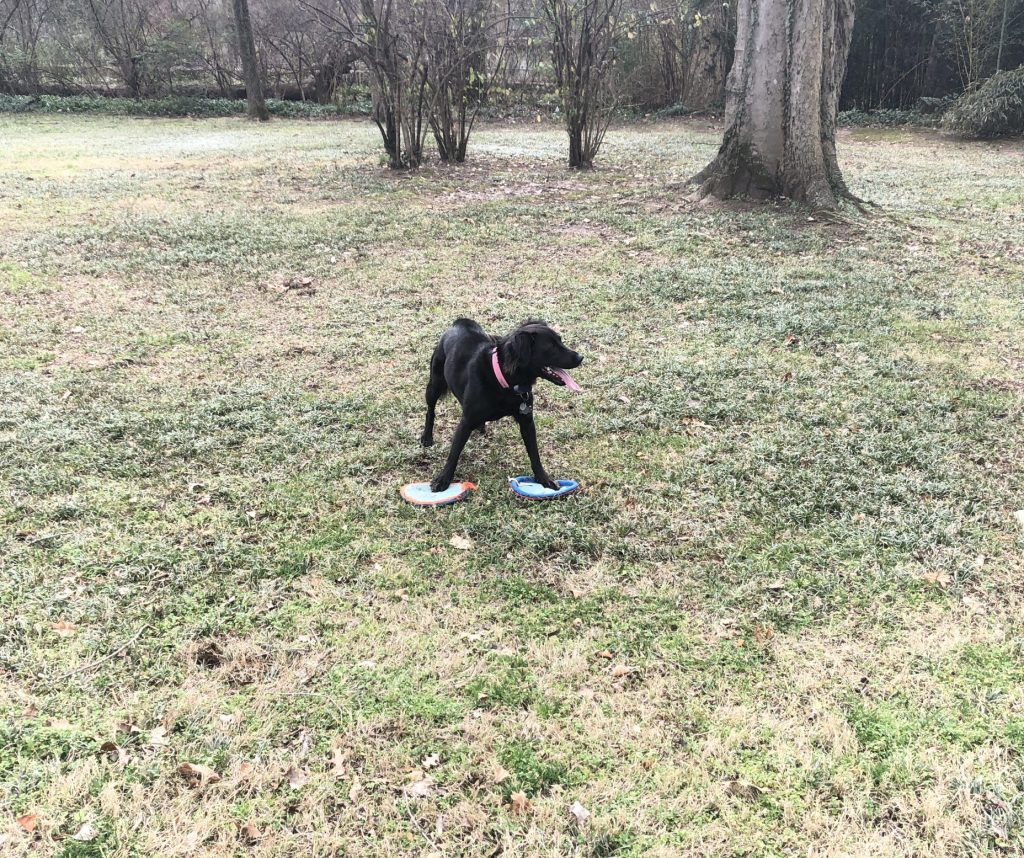 Pep and I had come in from playing outside on an unseasonably warm January day when the news from Prince Harry and Meghan Markle, Duchess of Sussex, exploded. I could not be pulled away from my ipad. For the rest of the week I checked constantly for updates, reading from sources ranging from The Guardian to USA Today and not excluding the South China News.

“What’s this Megxit you’re obsessing over?” Pep asked. She could tell I was in an unsettled frame of mind.

“Either it’s an act of spoiled brattiness and dereliction of duty or it is a brave and risky choice in favor of freedom,” I answered.

Pep thought about that for a moment.

“They could have been more respectful of the Queen. Worked out a few details. Presented a united front,” I fretted.

“Freedom can be messy, and sometimes requires bold action,” Pep reminded me.