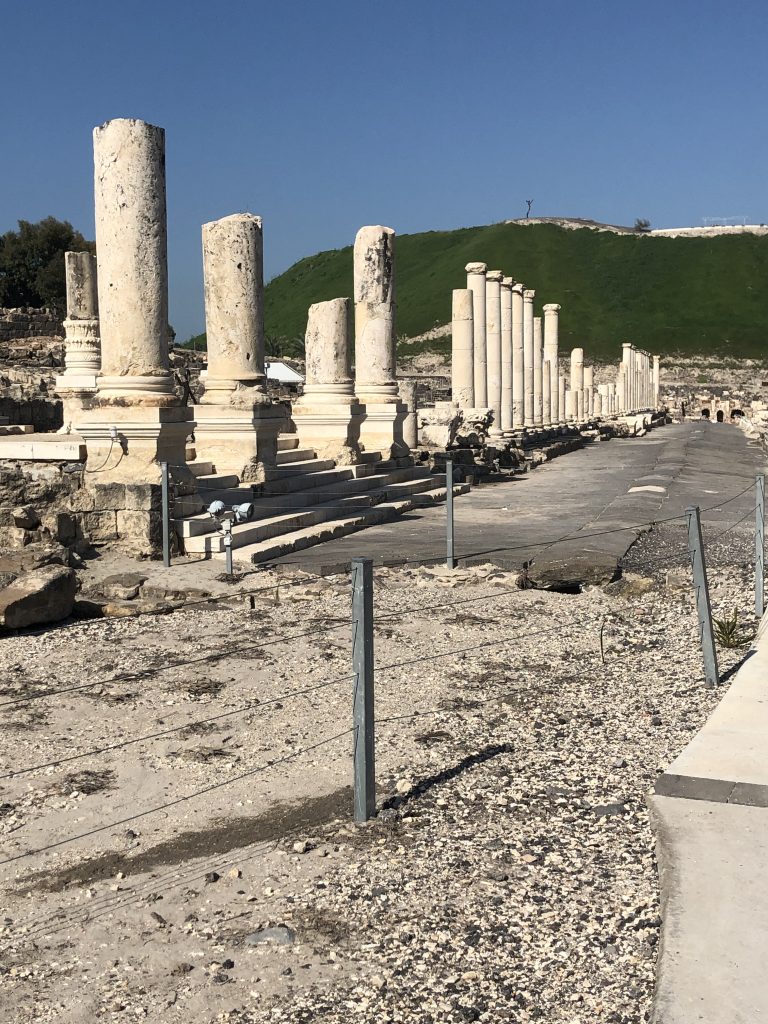 Today my friend Beth Alexander reflects on her trip to Israel a few weeks ago, before the world changed. “Parents permeate the lives of their children,” she writes…

Just before leaving for Israel, I was given a book by my sister Jane, Signs: The Secret Language of the Universe. 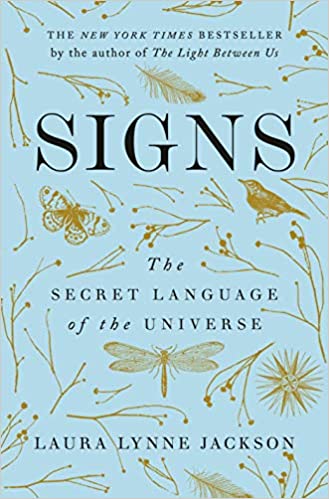 Author Laura Lynne Jackson is a high school English teacher and, yes, a psychic medium. Having been reared by children of the Depression, neither Jane nor I are particularly mystically minded; Jane is especially practical, repairing her own roof and fixing minor plumbing or electrical issues that have me dialing up professional help.

The point of Jackson’s many fascinating and often moving stories is that you don’t need a psychic to pick up on myriad signs to you from the universe or, as she writes, the other side. Her opening epigraph is from Roald Dahl:

“Watch with glimmering eyes the whole world around you because the greatest secrets are hidden in the most unlikely places. Those who don’t believe in magic will never find it.”

By the time we landed in Tel Aviv, I had embraced her philosophy with the enthusiasm of a novice and was eager to receive and recognize signs from both my parents. According to Jackson, it’s helpful to identify – specifically -what you might want to see. Her examples ranged from oranges to elephants, from particular songs to purple balloons.

Parents permeate the life of a child in a thousand ways, and I found it difficult to isolate any one item or idea that symbolized our relationship. Mom loved flowers so maybe something floral or pink, a color she loved. She loved music, going to college on a music scholarship and playing hymns for her Sunday school until her death in 2004; she was an English teacher, and I often looked for her voice in anything I read, from Charles Dickens to Dorothy Parker to letters to the editor, which she contributed with embarrassing regularity. Dad loved nature and had a number of careers over the years but the one constant was his time on his farm, where he raised cotton for a few years and cattle for many. Both parents always went the extra mile for each of us.

On our first day in Israel, we explored the ancient Roman village of Caesaria, containing a small amphitheater. An American choir was singing a familiar hymn that my mother would have known. Several of our group joined in softly, and I wondered whether that hymn was a sign.

The next day, after a sojourn on the Sea of Galilee, we explored Capernaum where Simon Peter had lived. A profusion of herbs and flowers in bloom greeted us there in all colors – purple, white and red, yellow! But no pink.

The afternoon grew chill, appropriate for our next stop at Megiddo, whose name you would recognize by its bastardization: Armageddon. Pagan gods were worshipped there, Zeus, Pan, Nemesis. The guide said the large cave there was thought to be the mouth of hell. 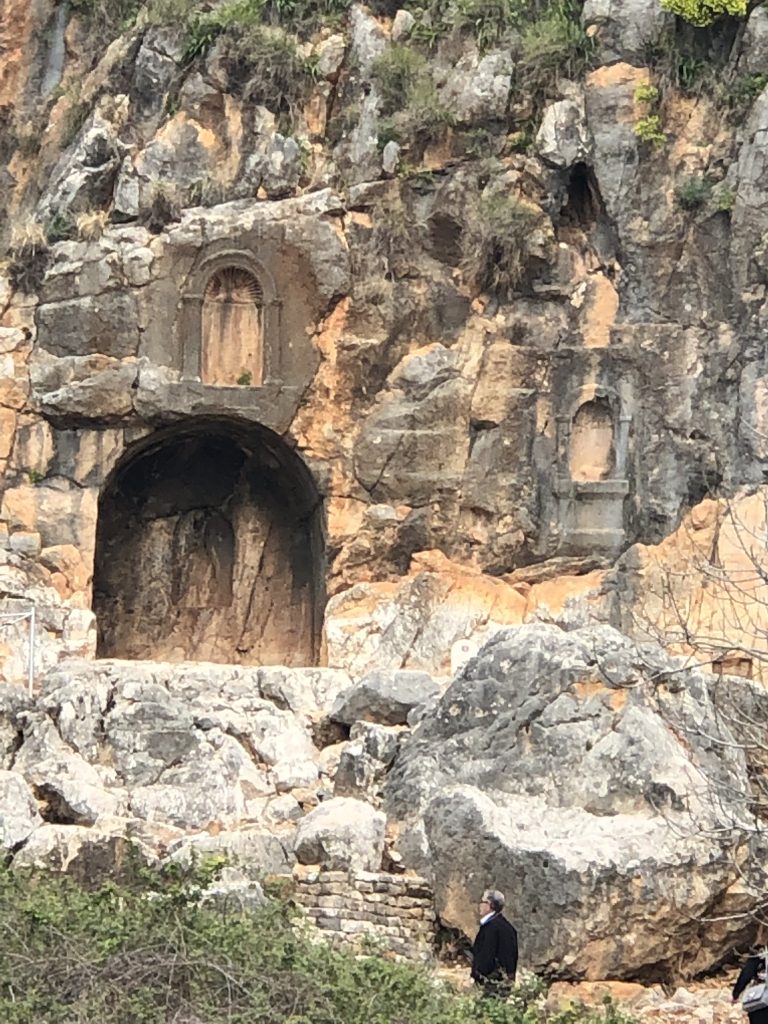 The Mouth of Hell at Megiddo

A small market at the gate sold hot chocolate and coffee with all the American trimmings, including a small stash of pink envelopes – an essential item I carry daily in the U.S., available nowhere in Israel: Sweet ‘N Low. There was my pink; could my parents be teasing me?

Later, we explored newly uncovered ruins of the Grecian city Beth Shan, a massive expanse of stone structures and wide streets, many inset with intricate mosaics. Homes, shops, a theater and enormous baths of stone that could be hot or cold left the impression of a bustling metropolis. No modern-day markets here! And yet, what did I see on the walkway in this huge stone city? A single packet of Sweet ‘N Low! 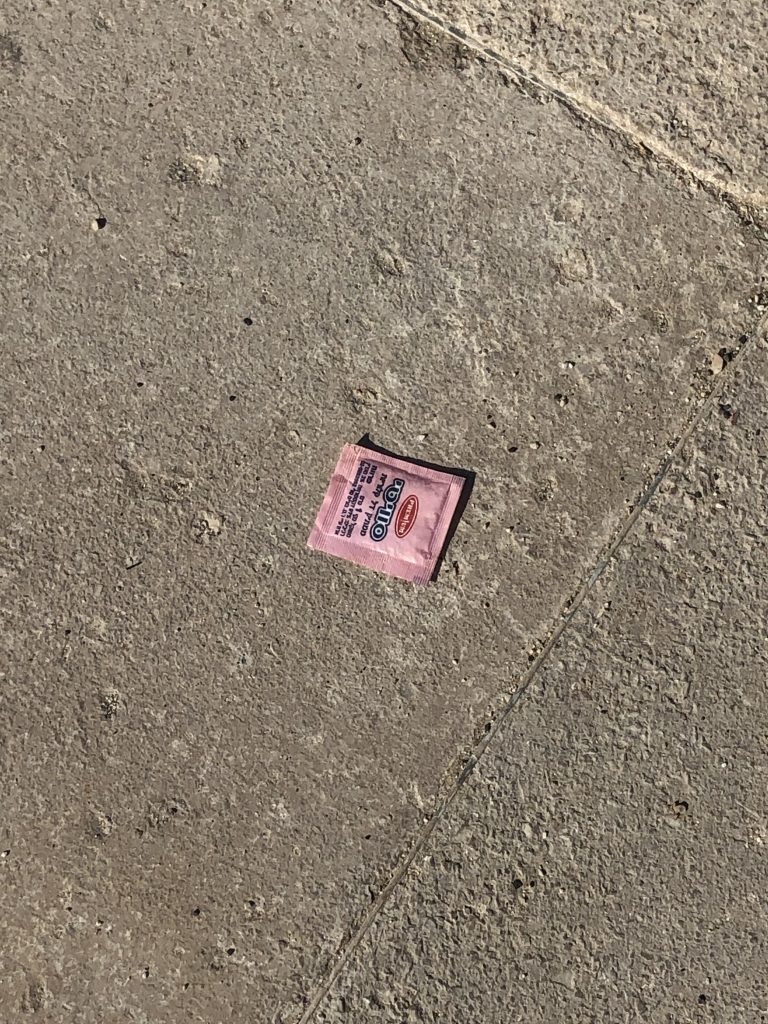 On the sixth evening, our group dined at a local Jerusalem restaurant. At one point, I excused myself, and there on a counter in the ladies room was a vase holding a single stem of a mature stalk of cotton, bearing five frothy white bolls. I know cotton is grown around the world but it sure felt like a warm hug from my dad in the Alabama sun.

As Jackson reiterated throughout the book, nothing is a coincidence. Your people on the other side want you to be happy. One of the final epigraphs in “Signs” reads, “Love is the bridge between you and everything.”

Though I felt touched by both my parents, I hadn’t quite seen the specificity I had hoped for. Then the day after we returned home, I saw a sticker on the rear windshield of the car in front of me on Woodlawn. It looked like a green interstate exit sign – Exit 32 with an arrow pointing to an unseen exit ramp. 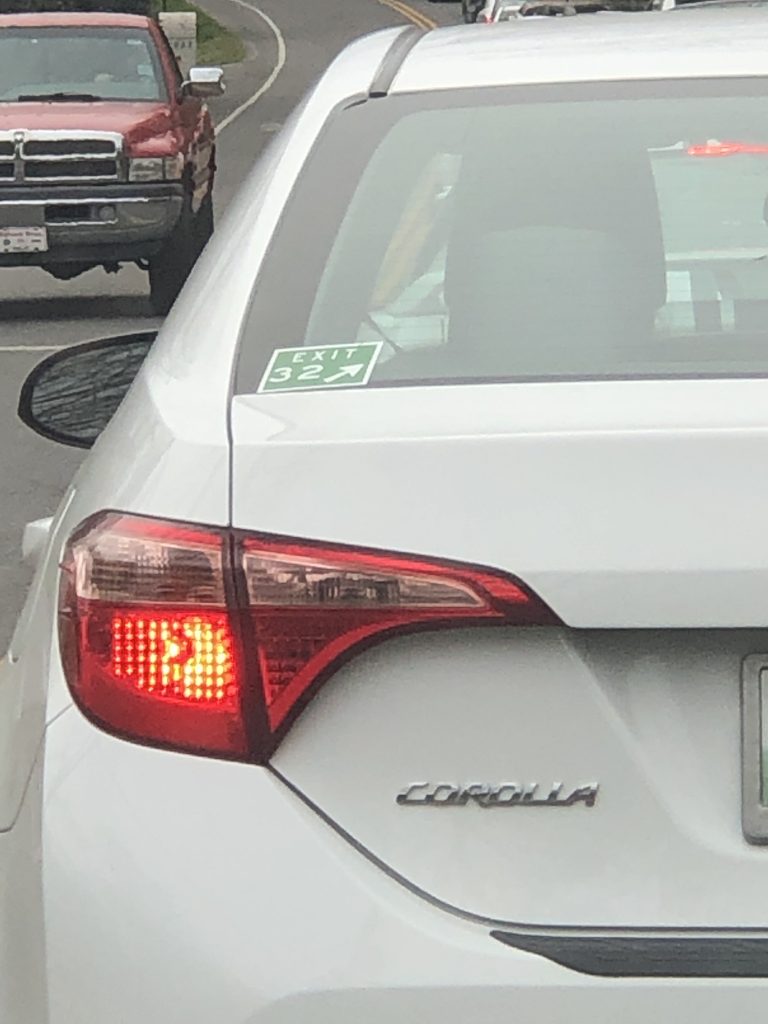 I knew exactly where that was and wrote about Exit 32 for Nfocus in 2012. It’s off I-65, a point my parents designated long ago as “half-way” between their home and ours, where we would meet to drop my children with them for the weekend. It was actually an hour and 15 minutes away for them and just a 45-minute drive for me. But for my parents, it was specifically halfway. 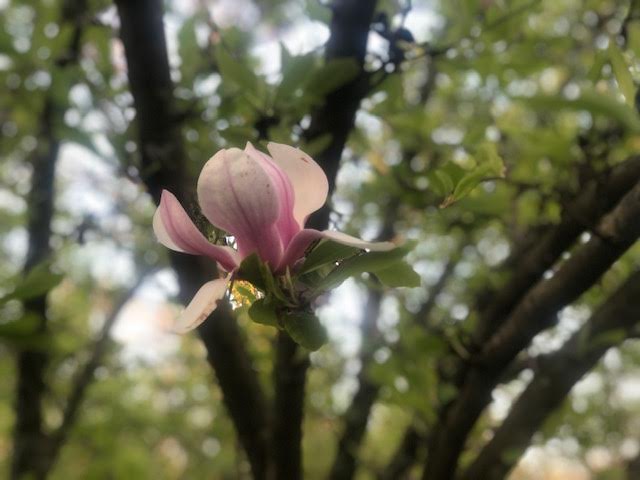 Response: Dear Beth ~ Your thinking involves: opening your eyes. Looking for resonance. Listening for whispers. Creating meaning. It is about loving your parents, and remembering them. xoxo 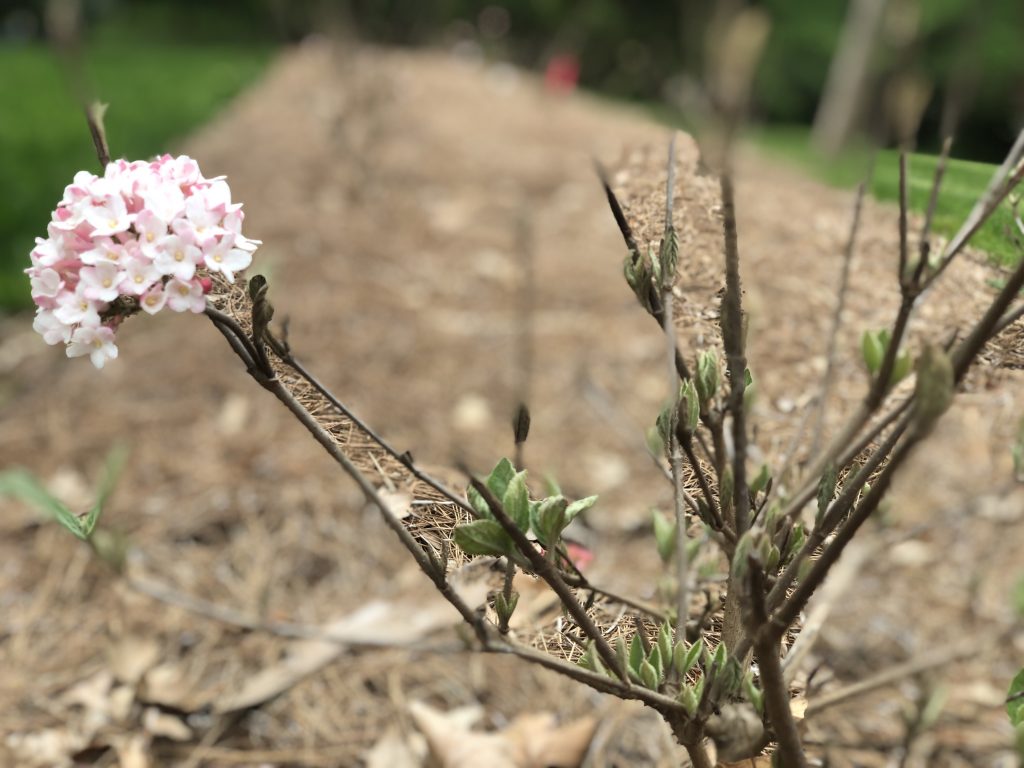 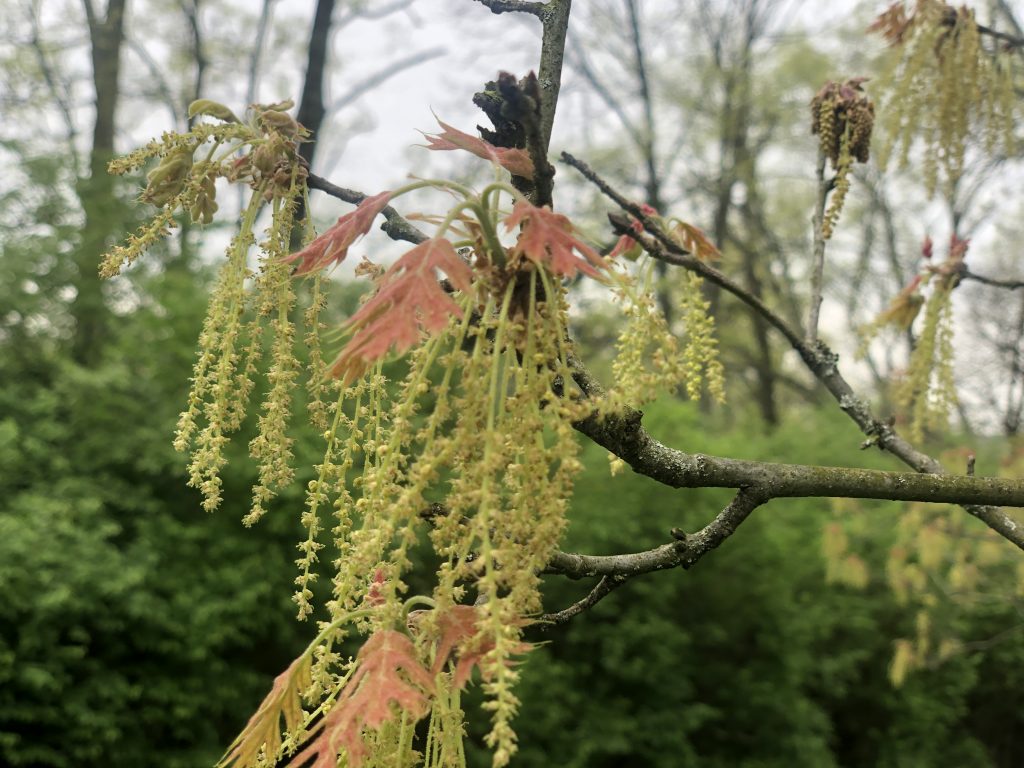