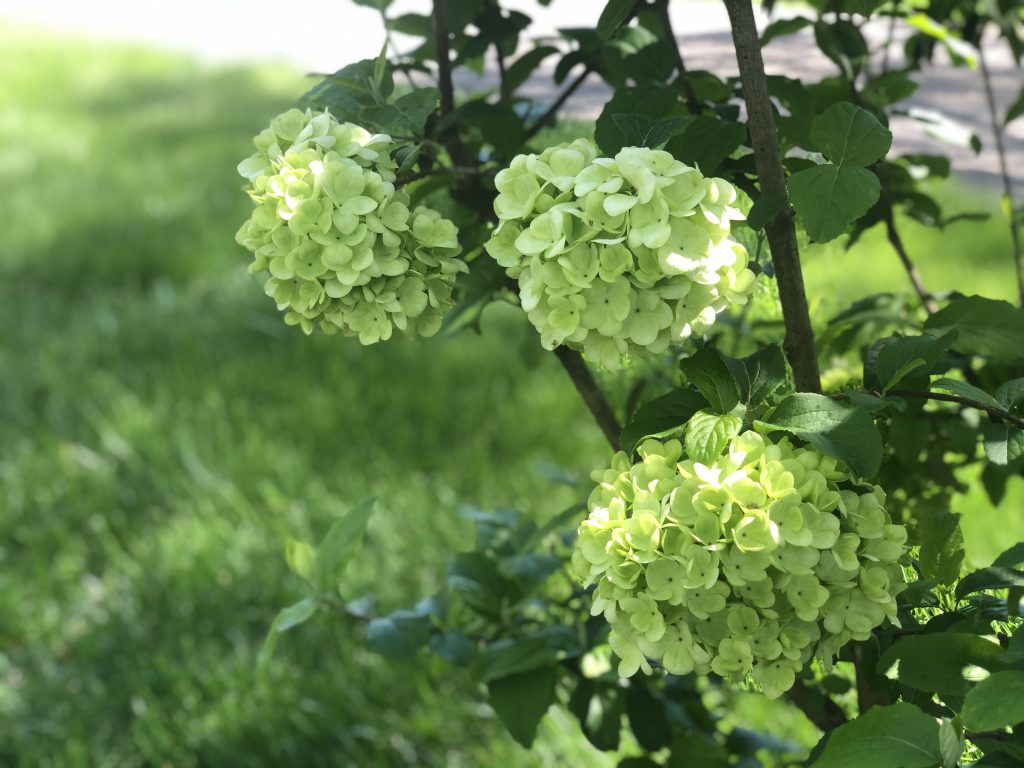 I suspect that most of us will not be remembered exactly the way we expected or planned. And maybe that’s okay!

Today, Keith Meacham shares a piece she wrote for the Reed Smythe & Company blog about one of her grandmother’s lasting legacies…

In this time of social distancing, I’ve been thinking a lot about my grandmother, who died four years ago at the age of 95, and whose voice I keep hearing in my head when I start to feel anxious. Despite all the confusion and fear in the air these days, Nanny – were she alive – would have recognized the gift of grace in all the turmoil, taken a break from the news, and headed to her bed with a stack of books at hand. She was into social distancing long before social distancing was a thing.

Nanny was born in Carthage, Mississippi, in 1921, the daughter of a small-town newspaper editor and a never-still woman. She lived through her mother’s sadness over the death of a child before Nanny was born, survived the Great Depression, and worked through World War II as a volunteer while raising her first baby alongside her two sisters and their children in her parents’ rambling house in Carthage. Three years after sending her husband off to the South Pacific, she welcomed him home to Mississippi to meet his daughter for the first time. She spent the next six years having babies and navigating the rivalry between her first child and her husband, neither of whom was eager to share her with the other when the war ended. 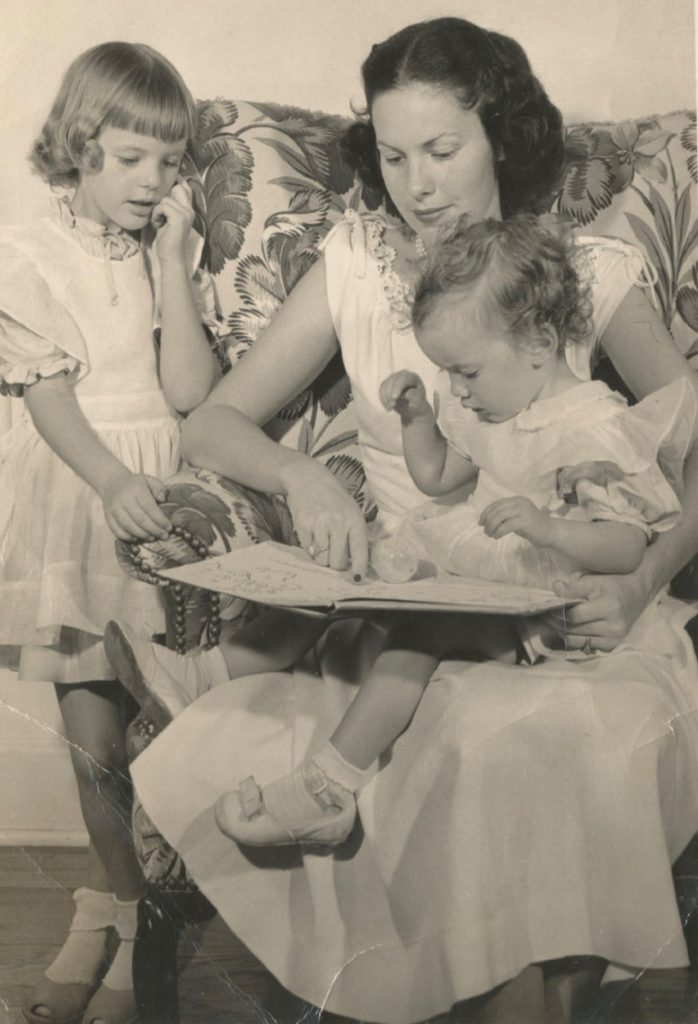 I obviously didn’t know Nanny in those years, so my enduring image of her is not one of wartime bride or harried young mother. I knew her as the woman whose favorite phrase was “It’ll do,” who, privileged though she was, shopped the bargain shelves and spruced up her daughters’ dried (and moldy) dance corsages with flowers from the garden, on the principle that no one should spend that much money at the florist when the homemade variety would do perfectly fine.

Most of all, I remember Nanny like this: it is August and Mama, my sister and I have just arrived at her house for one of our frequent weekend visits. Nanny calls us back to her bedroom – which is oddly connected to the kitchen by big double doors – and we find her there lying in a coffee-stained nylon slip over her Playtex 18-hour support bra, a stack of library books by her bed, and the window unit AC going full-blast. She’s got a glass of iced tea on the nightstand and a package of peanut butter and cheese “nabs” open on the bed next to her. It never occurs to her to get up from the bed to properly welcome us – though it does occur to us that this is not entirely conventional. All the other grandmothers we know seem to feel the need to bustle and fuss, to do something whether they want to or not. Nanny feels no such compunction, which is one of the things we find so astonishing about her. We pile in, and she and Mama start talking about what’s happened to the people who owned the roller-skating rink in town, or how Mama’s high school classmates fared since their 1964 graduation from Kosciusko High School (home of the Whippets). These are characters my sister and I have come to know over the years, and lying there next to her in that big four poster bed, hearing Nanny’s voice, watching her laugh and tell stories, feels like peace in its purest form.

Since she died, Nanny has become a touchstone of good humor and a model for a peculiar kind of sanity for my sister and me. Whenever we have the time, we take up her habit of reading a good book in the middle of the day. We’ve turned her name into a verb that captures all the pleasure of losing yourself in a good book while keeping your own counsel “I’m over here ‘Nannying,’” one of us will text the other.  “You?”

We’ve found ourselves doing more “nannying” over the past few days than we’re normally inclined to do, trying to find a little calm in the confusion of the moment. Without the routine of a regular school day, my kids are doing the same. If Nanny were still around, I think she’d appreciate the Instagram memes of people going stir crazy as they shelter in place, but she’d be infinitely more grateful for the book recommendations.

Here are a few of mine as you work in some reading between homeschooling duties and WFH video-conferences. If you need something new to read, please consider supporting Nashville’s beloved local independent, Parnassus Books, co-owned by our friends Ann Patchett and Karen Hayes (615.953.2243), or Square Books in Oxford, Mississippi (662.236.2262). You may order online from either store or by calling their numbers. 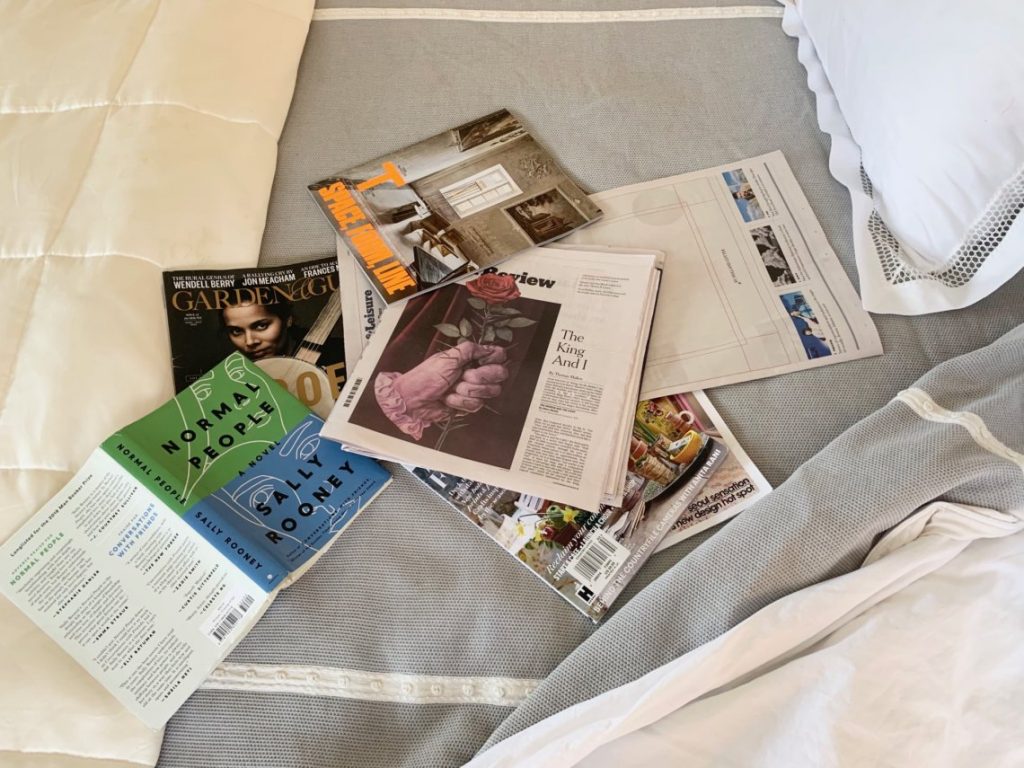 Daisy Jones and the Six, by Taylor Jenkins Reid

The Nickel Boys, by Colson Whitehead

Catch and Kill, by Ronan Farrow

The Parisian, by Isabella Hammad

Trinity, A Novel, by Louisa Hall

The Water Dancer, by Ta-Nehisi Coates

The High Mountains of Portugal, by Yann Martel

Thank you so much for spending some time in the Bacon Neighborhood, Keith! What a wonderful way to remember your grandmother. I’m – making plans.

In the meanwhile, here are some important updates from my yard… 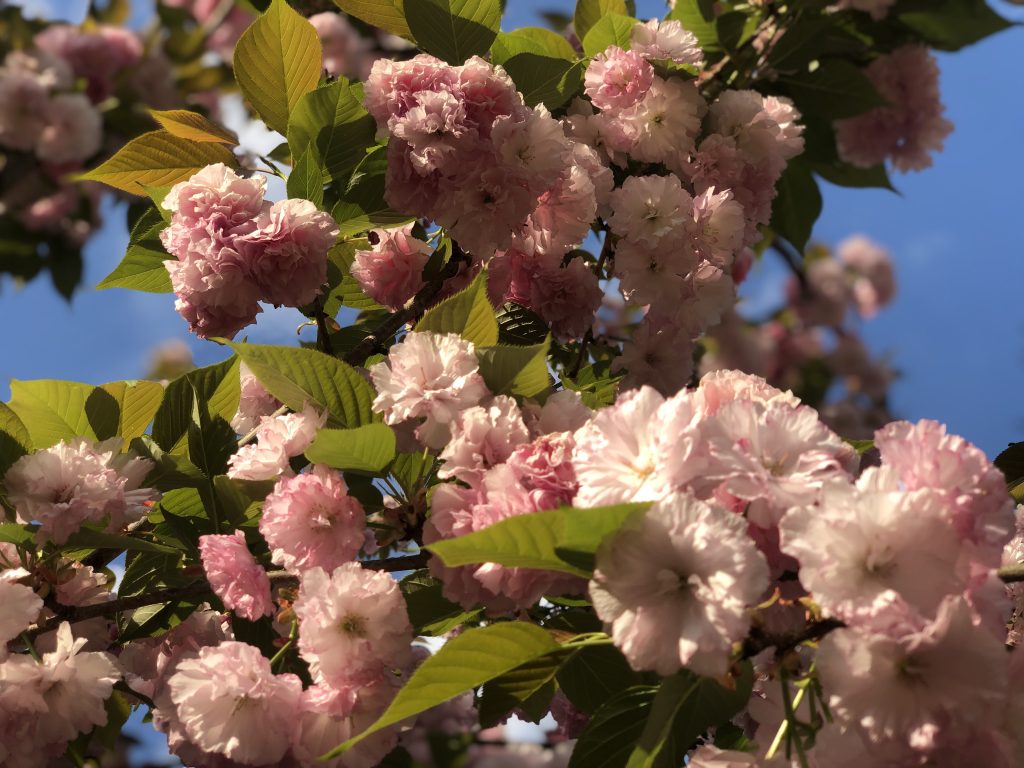 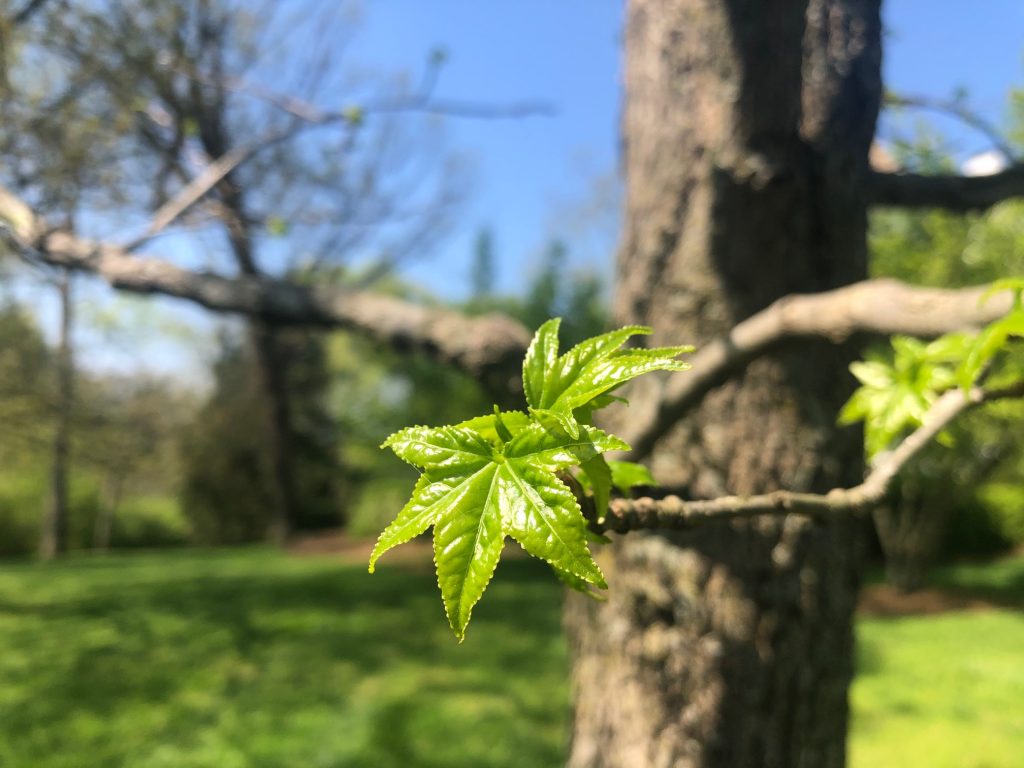 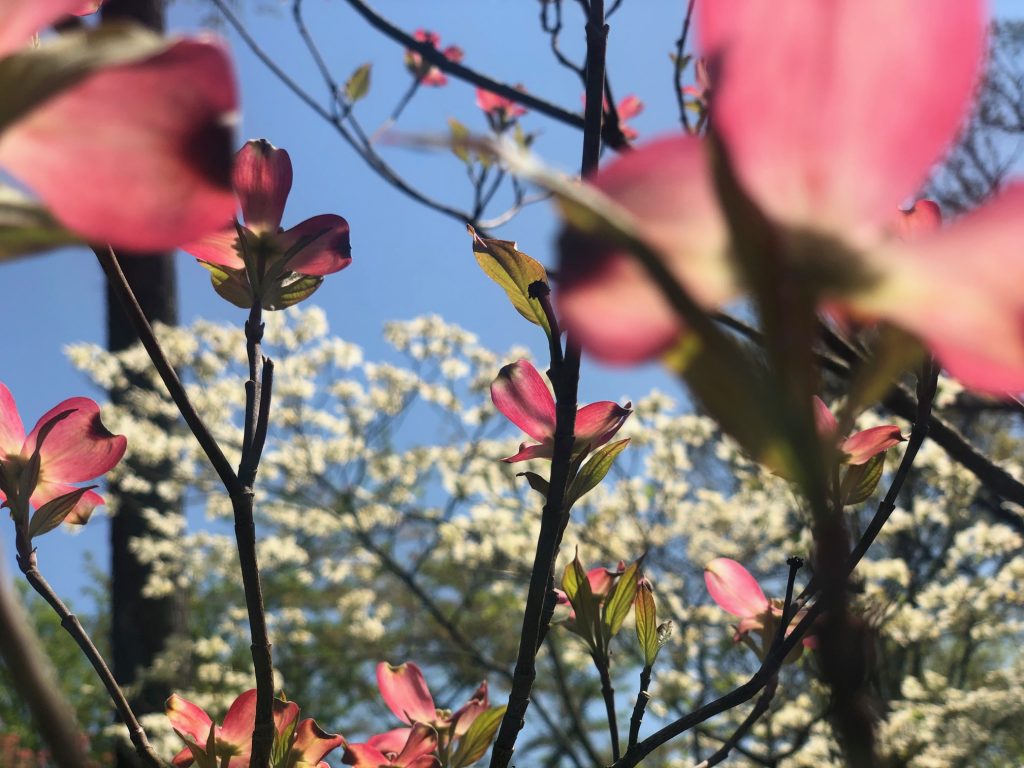 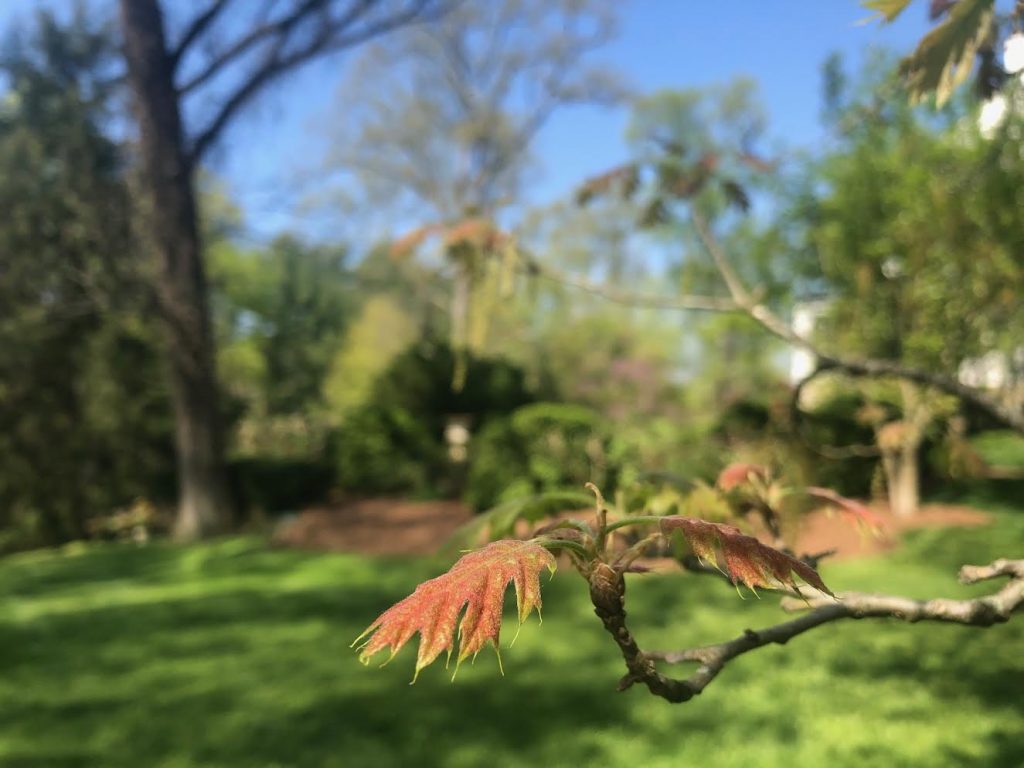 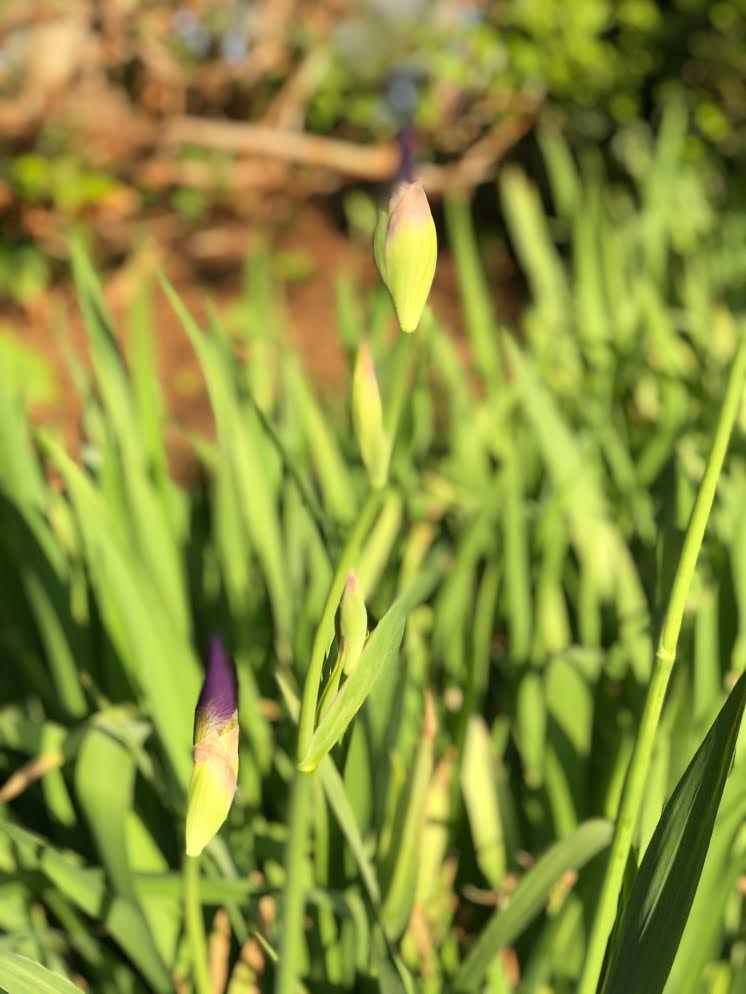