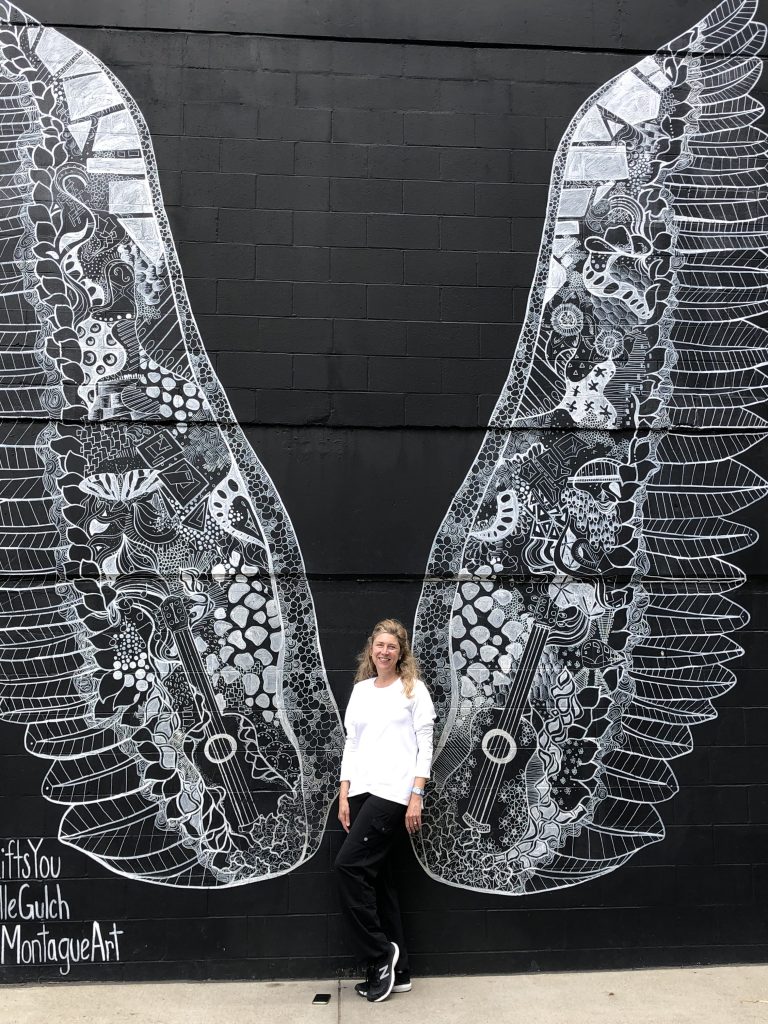 My cousin Christina and I enjoyed a socially distant walk a few days ago. It was the first time I’d walked with a girlfriend in weeks. She lives in the Gulch, so we met there and walked through her urban neighborhood then downtown. We might have jaywalked some – extreme jaywalking – which felt strangely exhilirating. I’d like to share some photos, and what we found… 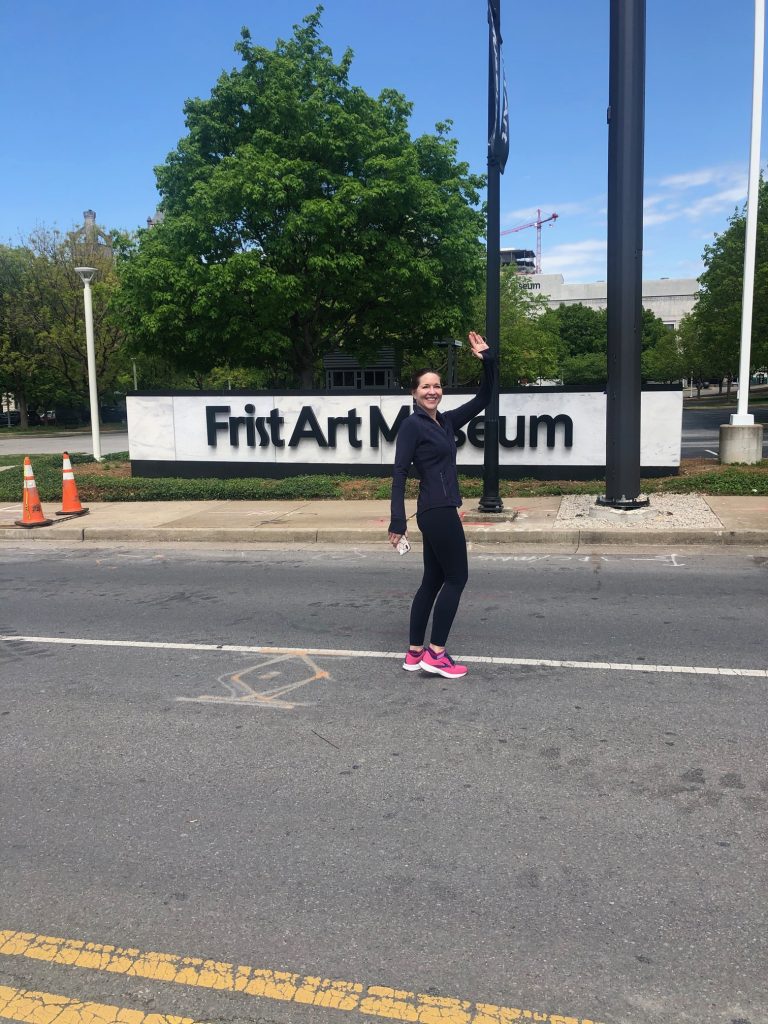 Let’s begin at the beginning, in the Gulch. It was so easy to find a parking place. 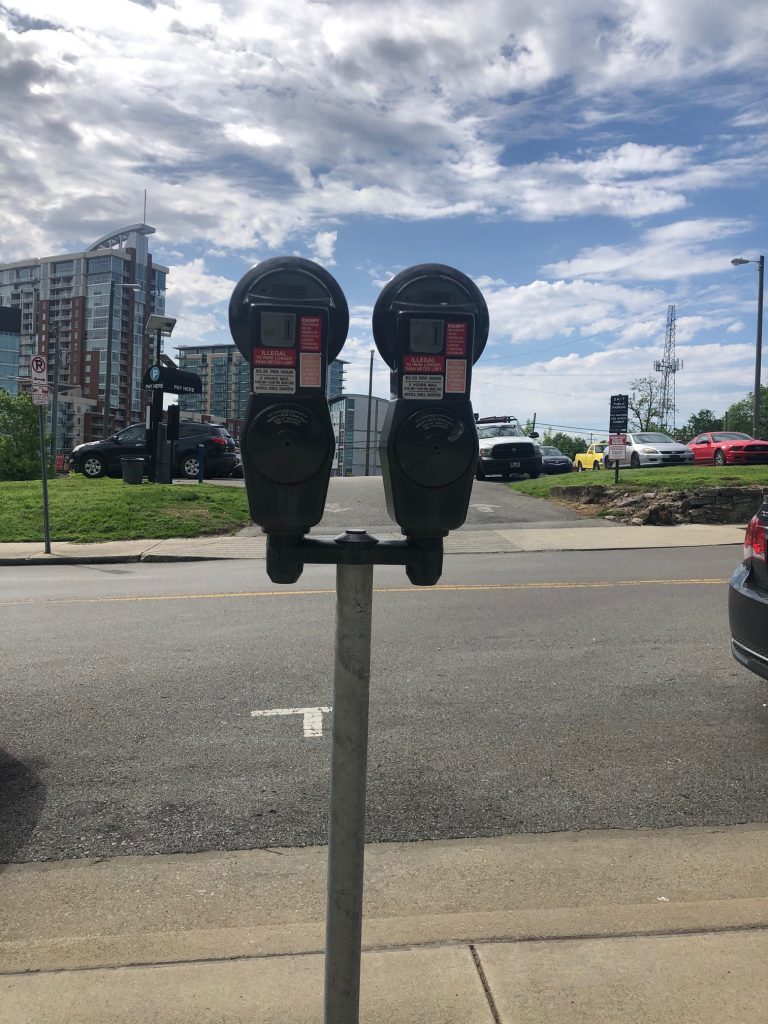 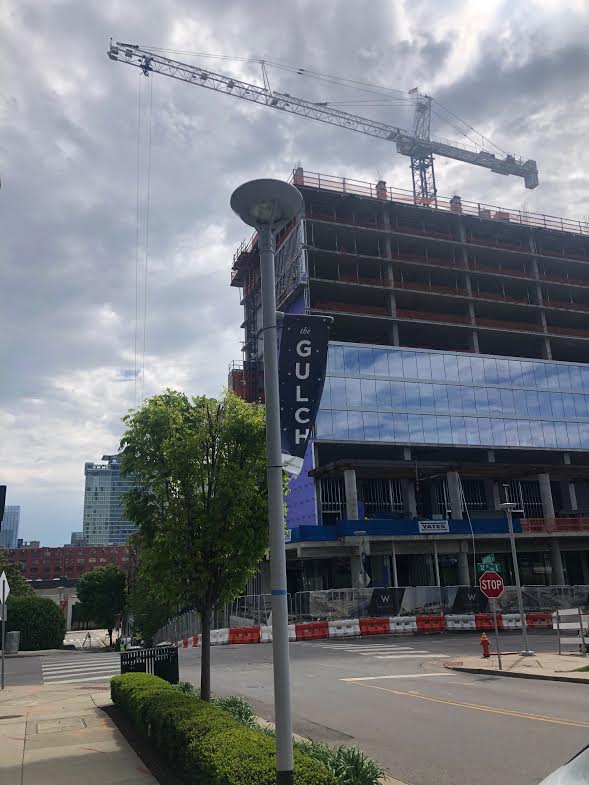 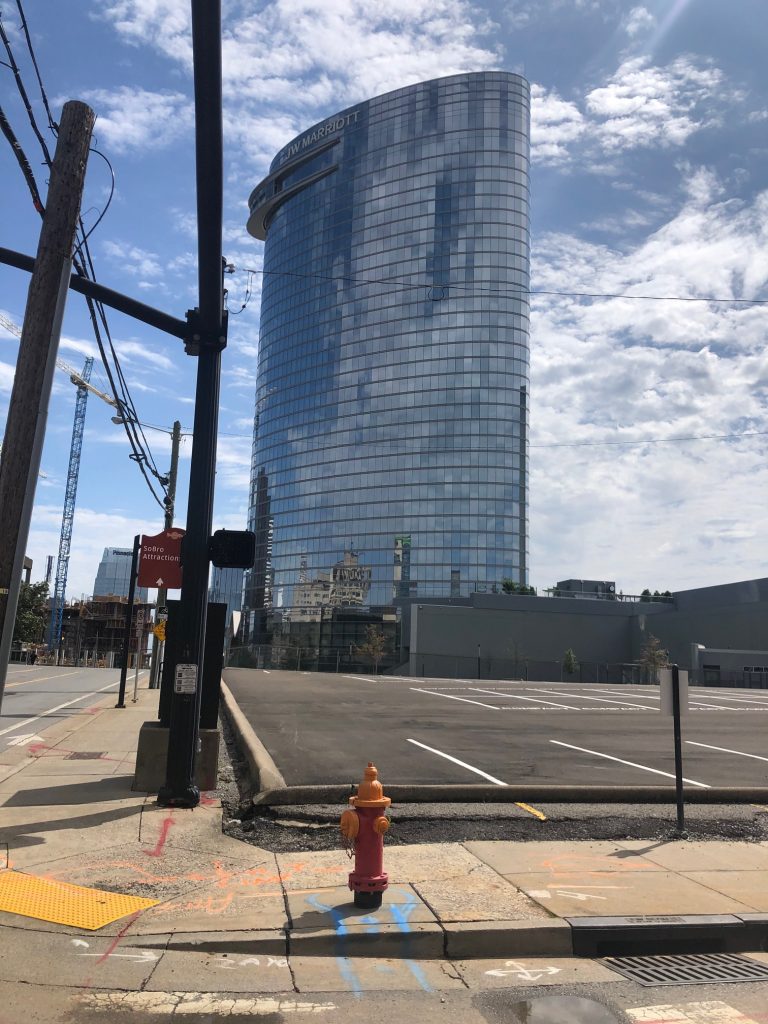 but then – more noise. Did I mention the beeps, growls, rumbles, & roars? 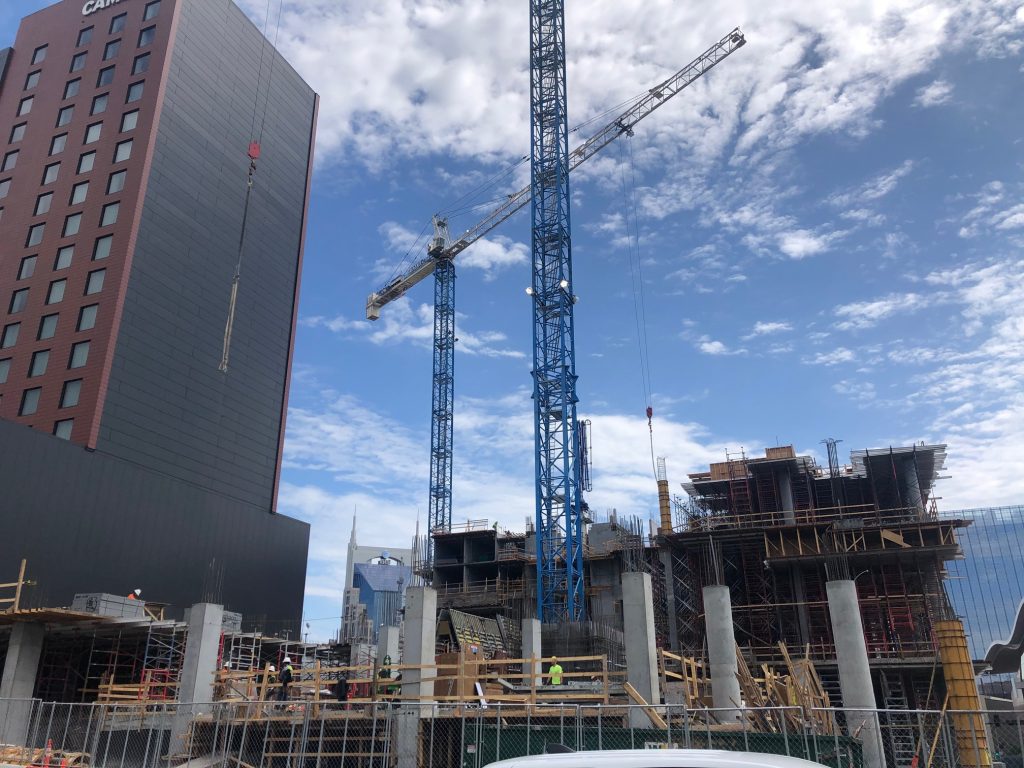 We enjoyed some architectural details on buildings I’d never paid much attention to, such as the First Lutheran Church and the Customs House… 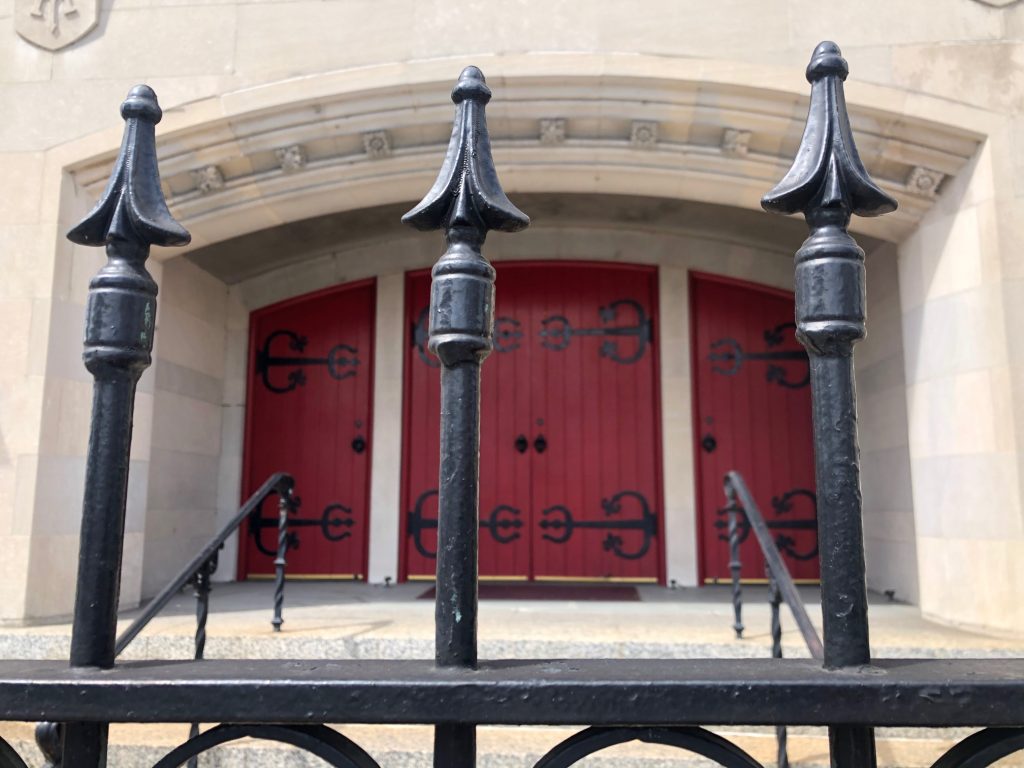 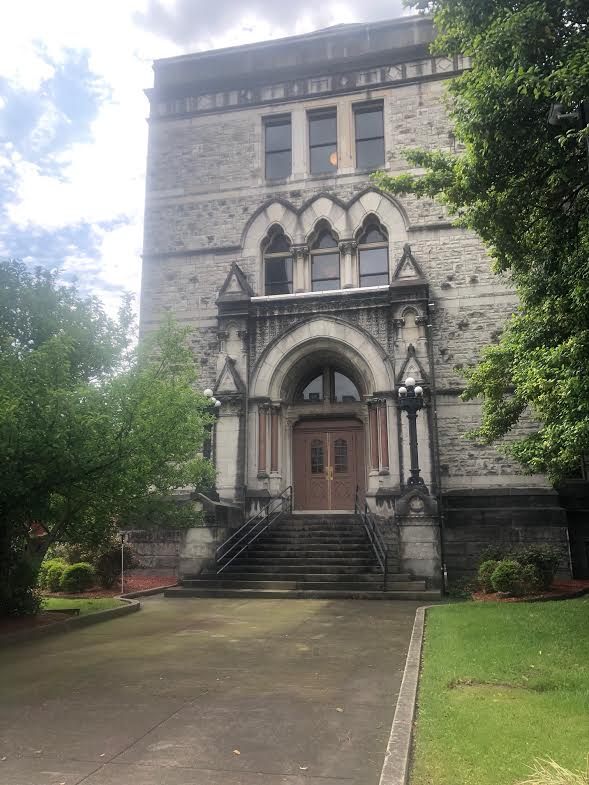 Lower Broad was both loud and quiet. 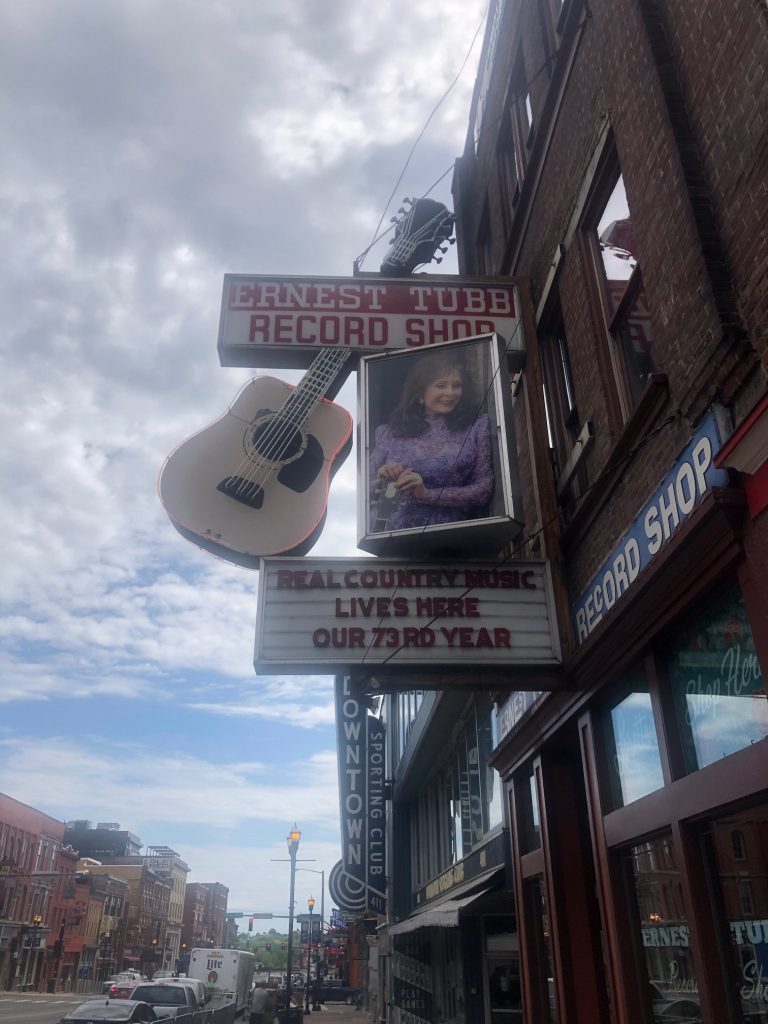 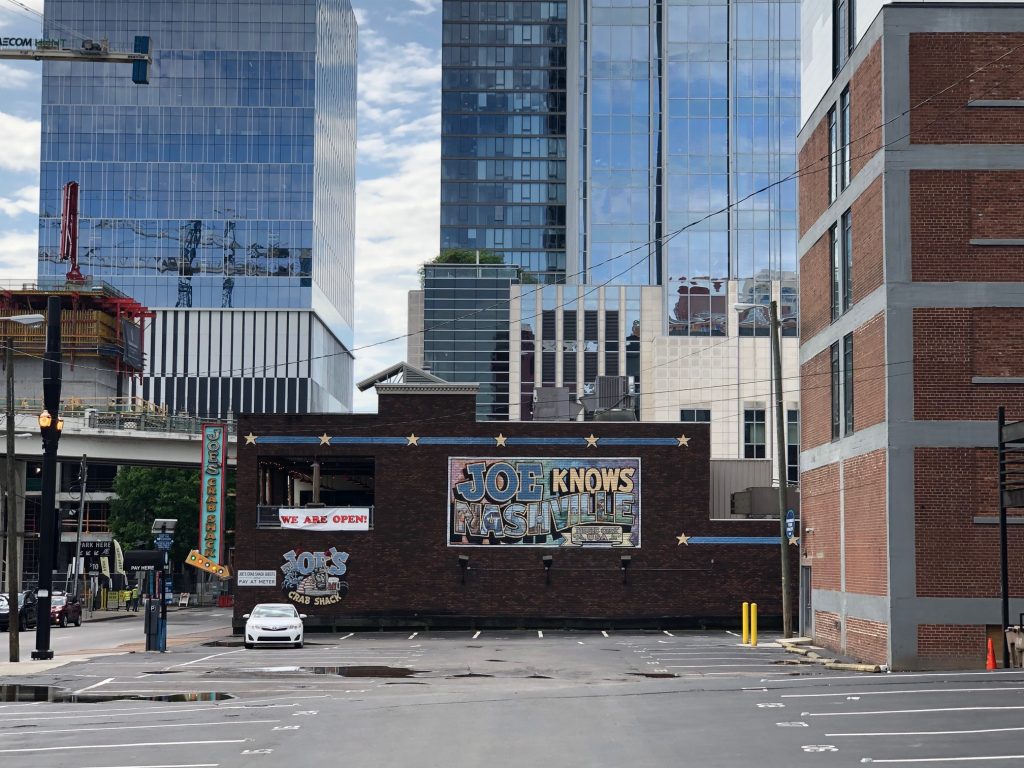 We crossed the river on the pedestrian bridge, where we saw a couple of men on bicycles, a runner, and a mom with her two little kids. I think we saw at least one person walking a dog, I’m trying to remember. 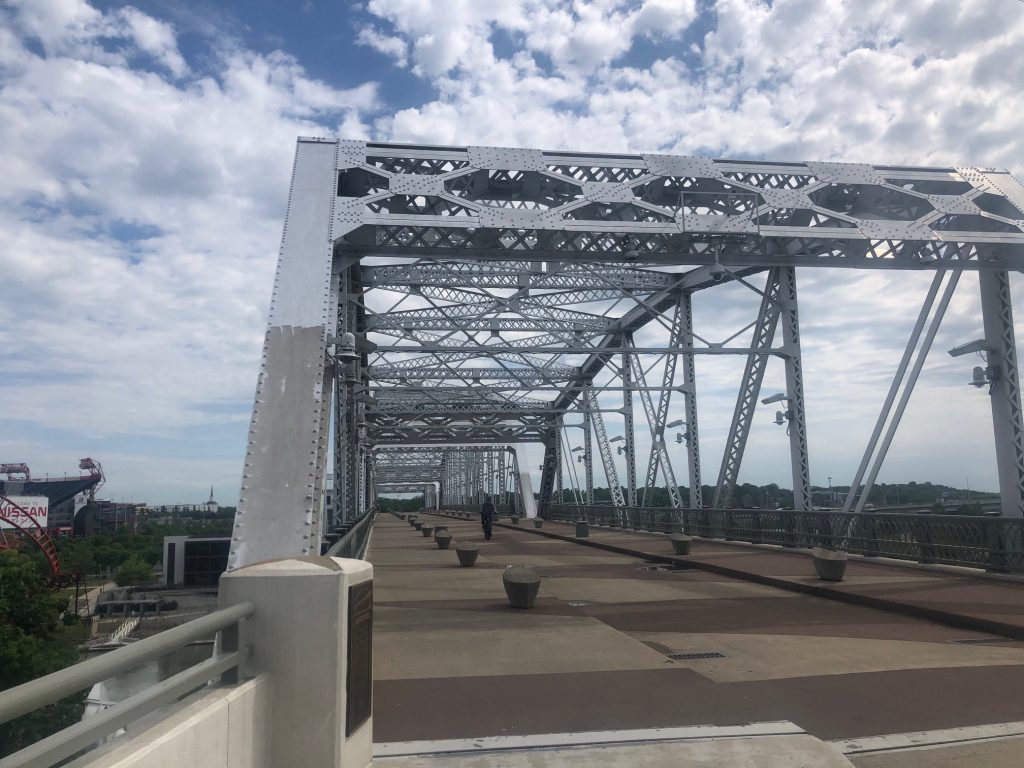 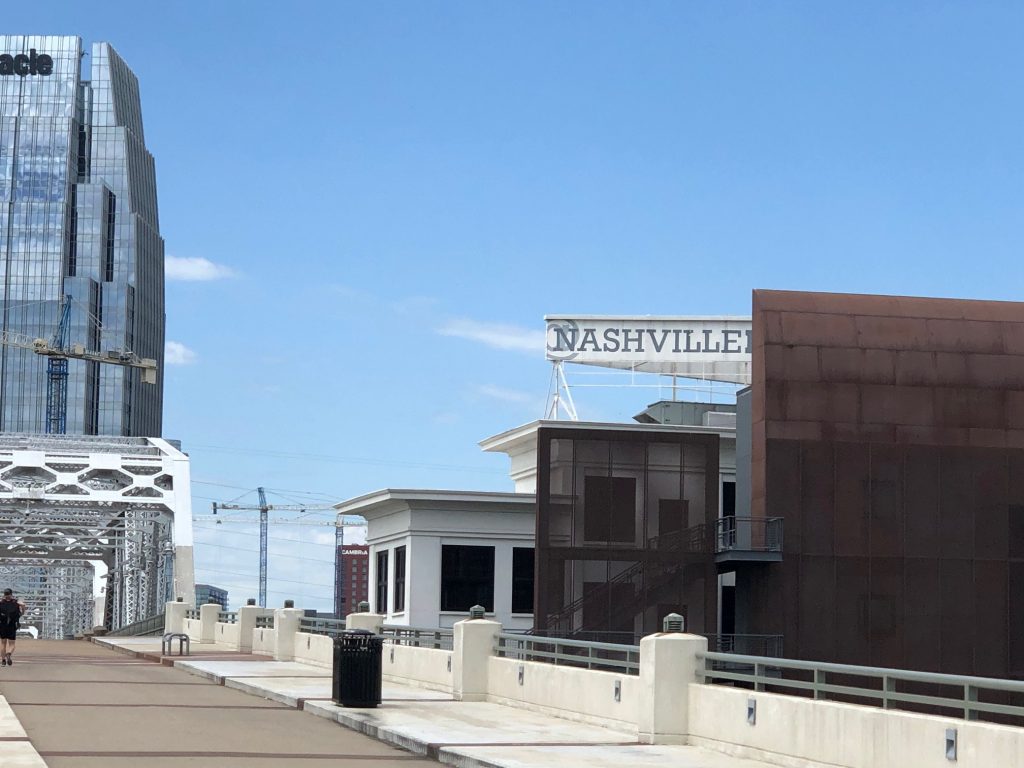 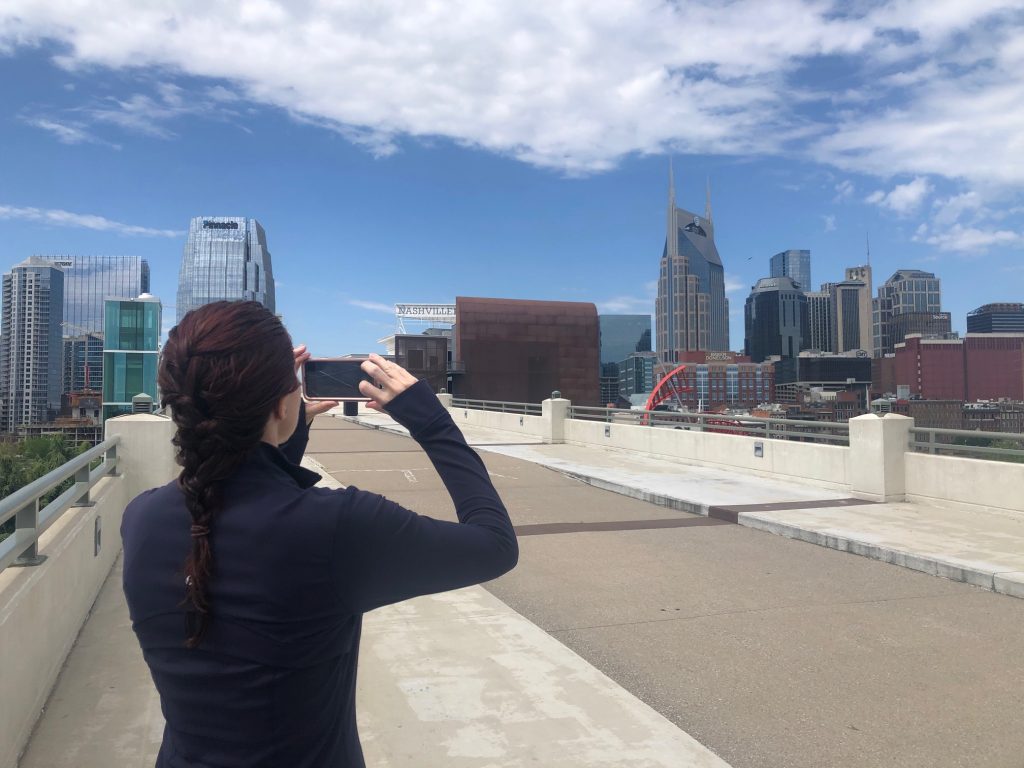 We crossed back over the river and walked by our beautiful Schermerhorn Symphony Center (thank you, Martha Ingram, for your leadership, and for the giving you inspired and continue to inspire). 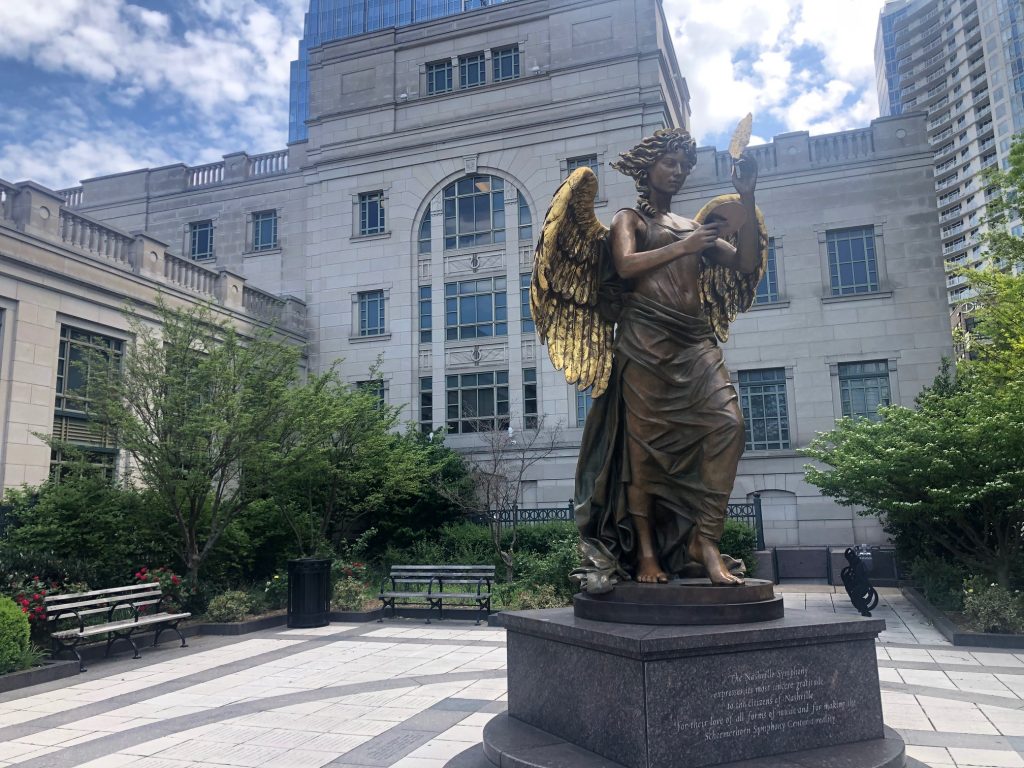 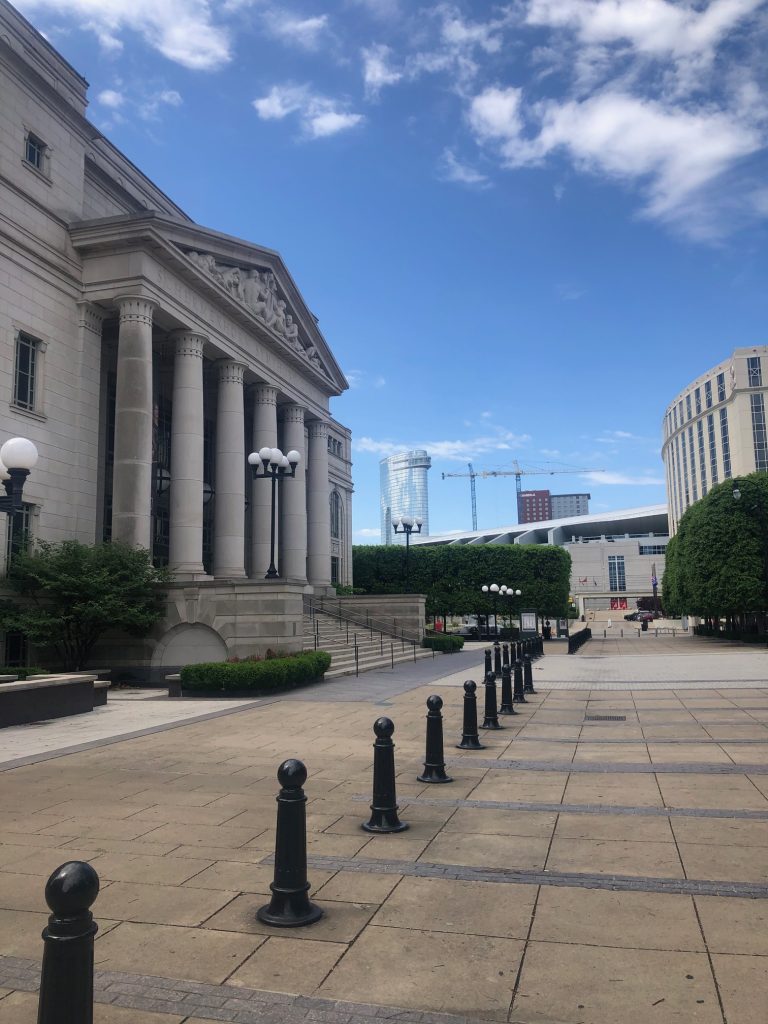 We passed the Country Music Hall of Fame, the Convention Center, the Frist Art Museum… 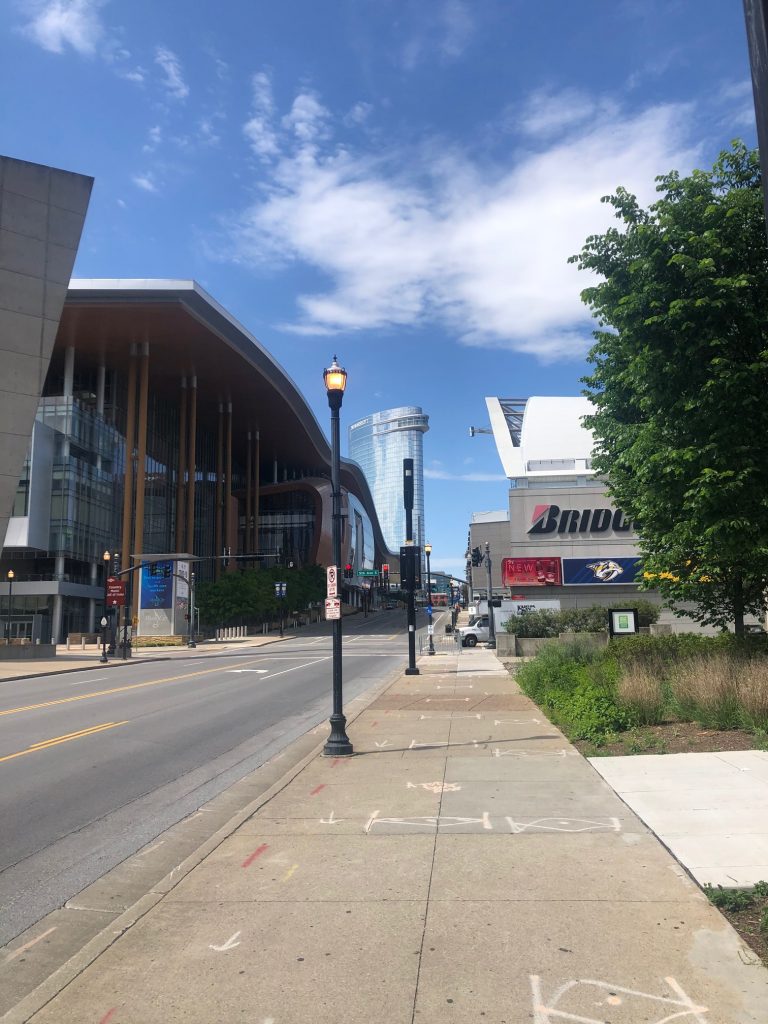 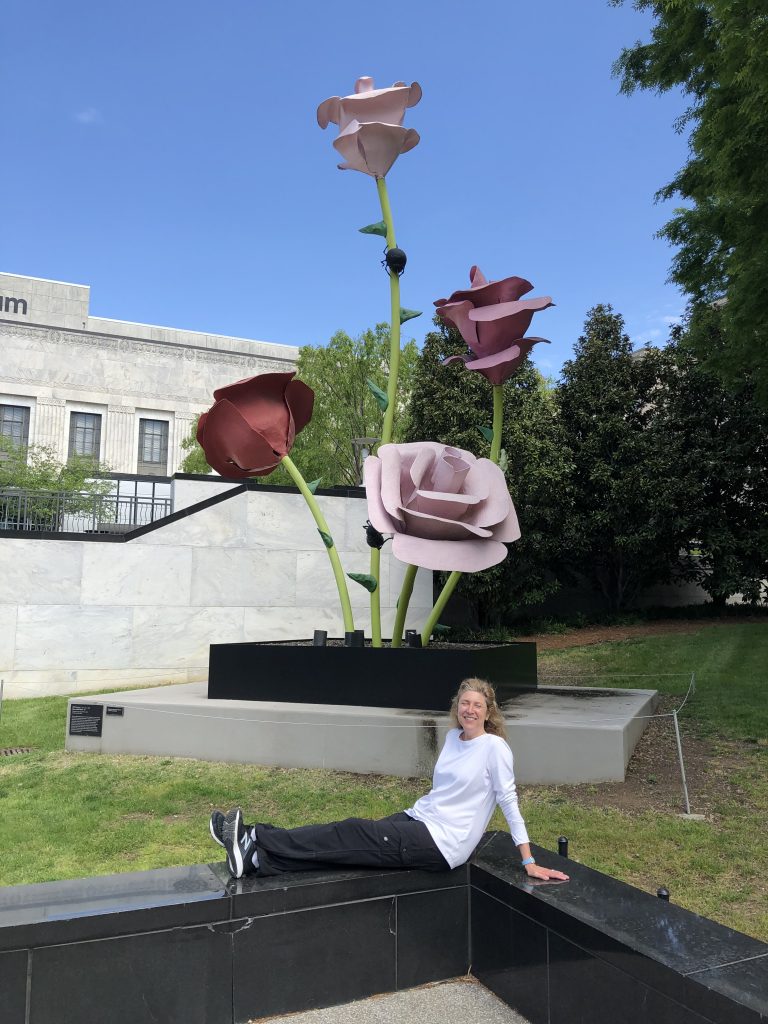 we thought about how old Nashville and new converge at the Union Station Hotel. 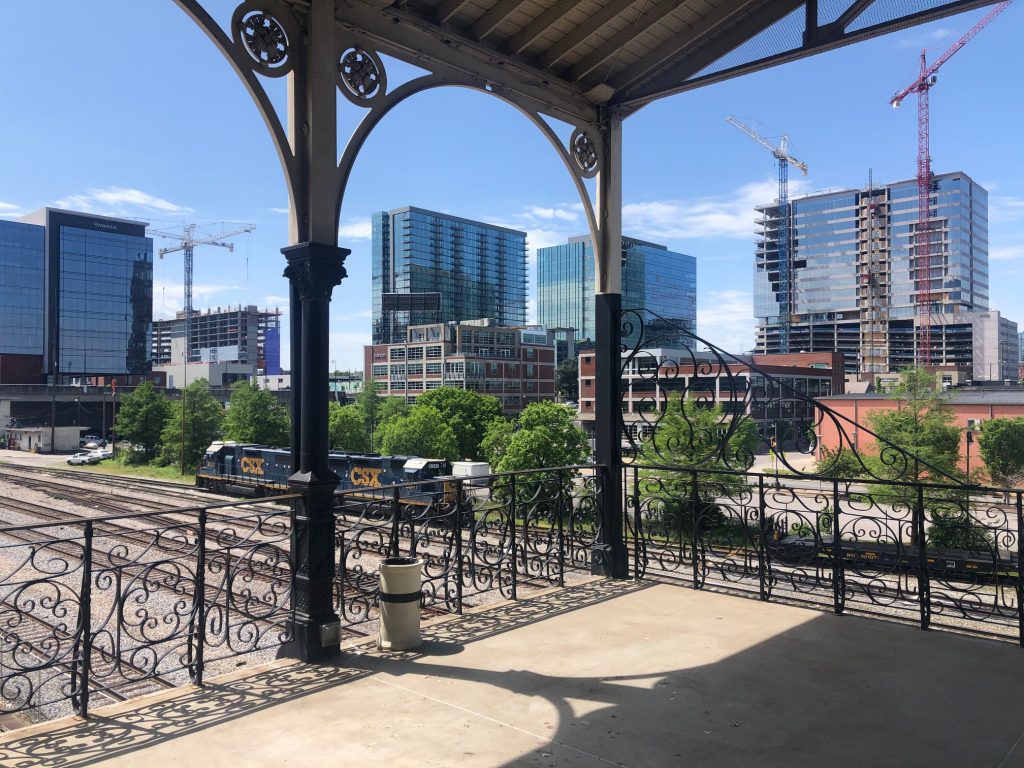 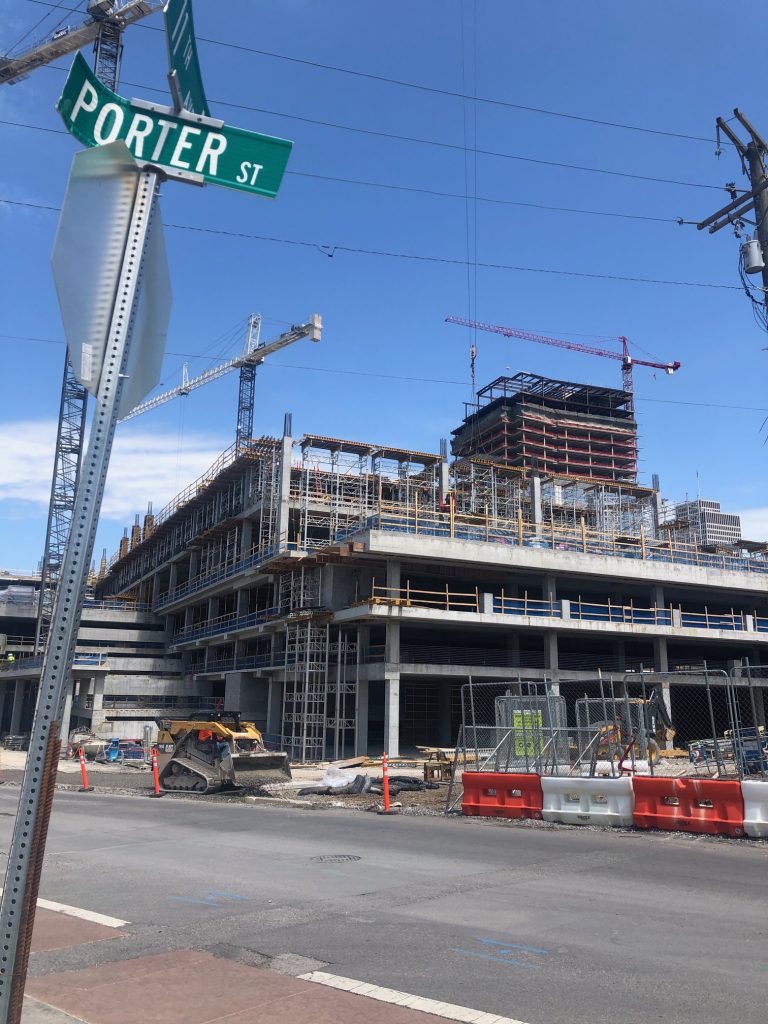 Finally, almost back to the Gulch, we saw this tucked underneath an aluminum fence protecting a construction site: 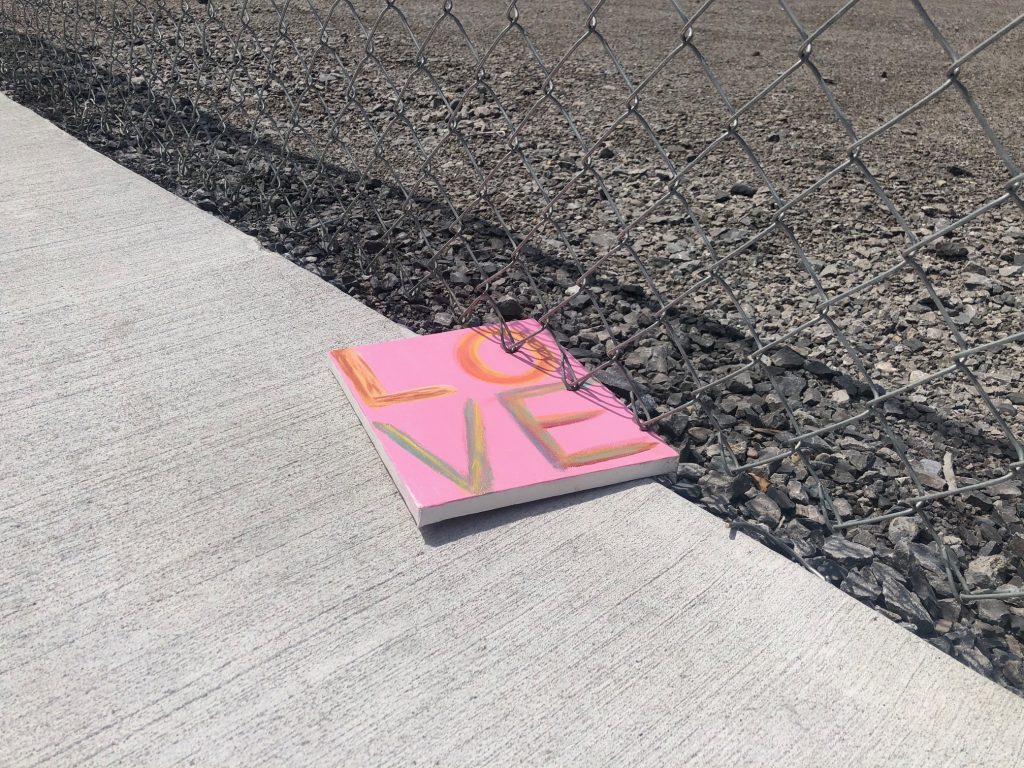 Did we really find LOVE in the last minutes of our walk?

We stopped and took multiple pictures.

We felt wonder and awe. Where did this come from? 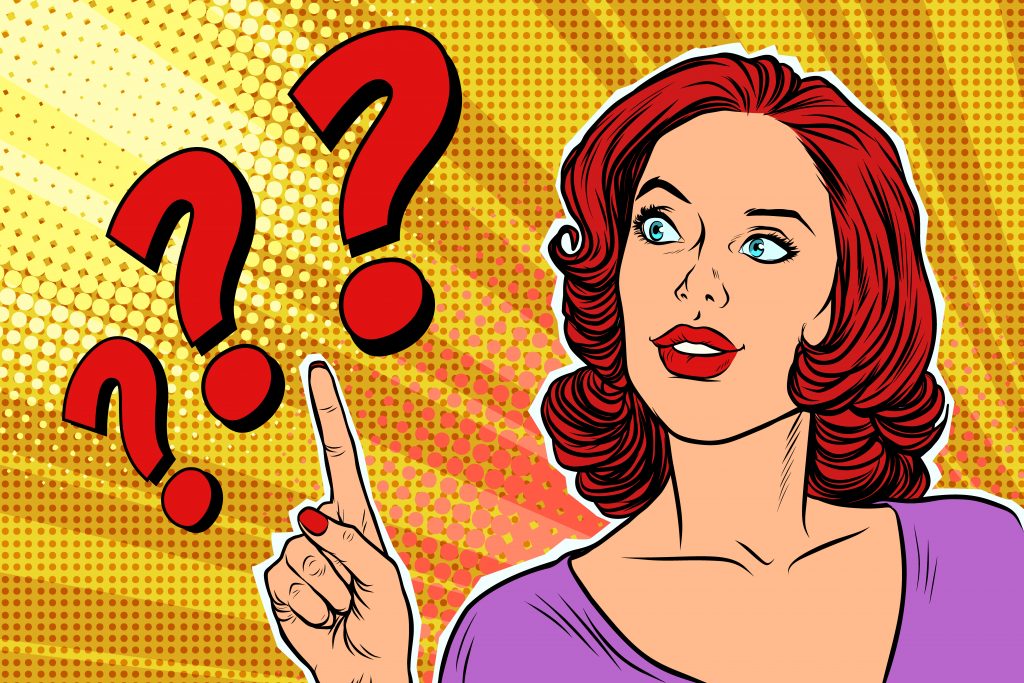 Finally, we decided, it was with us all along. 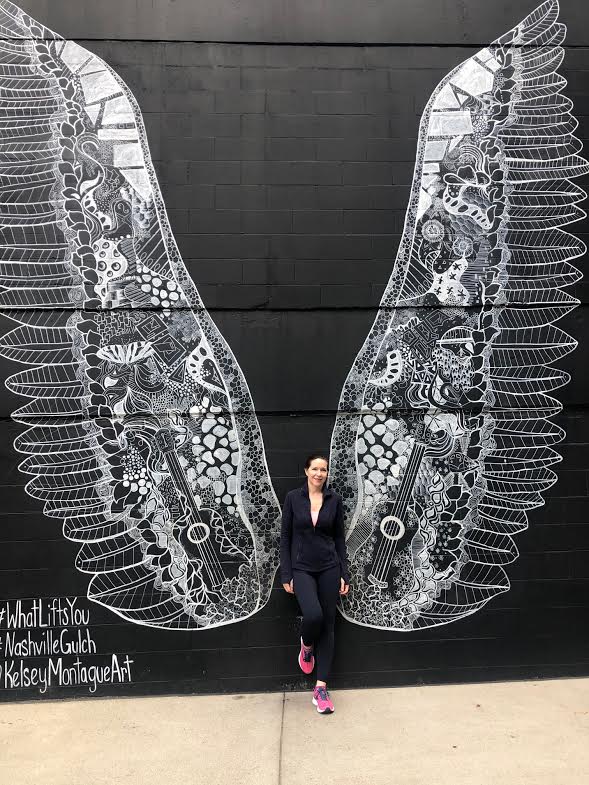