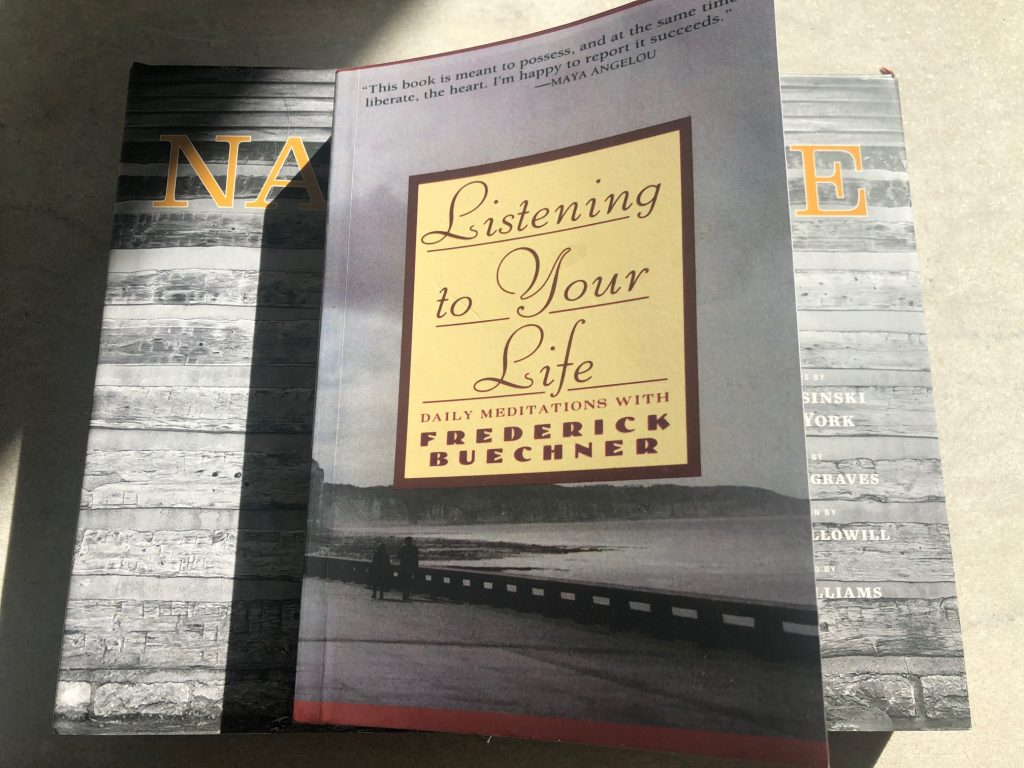 Someone left this book in my mailbox – wrapped in a ribbon – the other day. Thank you friend, whoever you are.

I’m not reading one meditation at a time. I’m gulping down 4 or 5, then taking a few days off, then reading as many as I want. I’m traveling around the book. In the introduction, Buechner said that was just fine. And anyway I guess I didn’t need permission.

I want to share one entry with you all today… 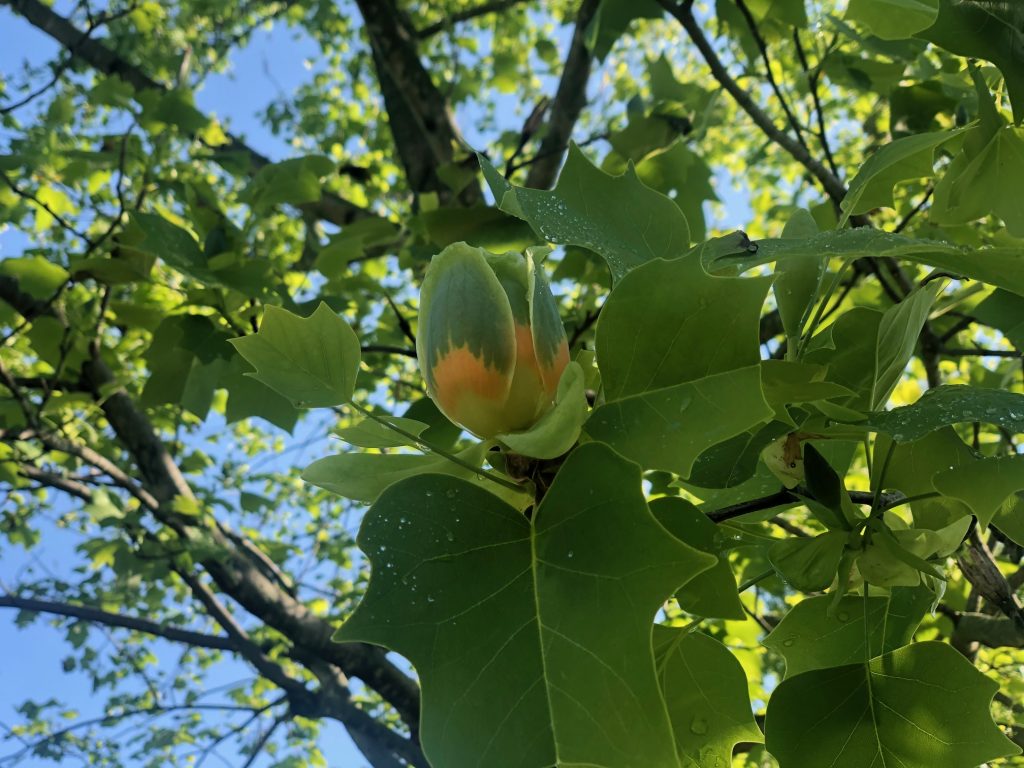 “Only One Life” from Listening to Your Life: Daily Meditations with Frederick Buechner…

My wife and I were buying groceries one day, and I was on one side of the store and she was on the other, and over a shelf of breakfast cereal and cake mix I said, “Don’t forget the cream,” and she said, “All right, but don’t you forget you’re trying to lose weight,” and I said, “Oh well, you only live once.” And then it happened this thing that broke for a moment through my deafness. The store was nearly empty so that the woman at the checkout counter had no trouble hearing us. It was a hot, muggy afternoon, and she had been working hard all day and looked flushed and hectic there behind her cash register and the racks of Life Savers and chewing gum and TV guides, and when I said, “Oh well, you only live once,” she broke into the conversation, and what she said was, “Don’t you think once is enough.” That was it.

It was a mild jest and I laughed mildly and so did the boy carrying up some empty cartons from the cellar, but it was also very much not a jest because I had a feeling that what by some rare chance I had happened to hear was a human being saying something like this: “People come and people go, most of them strangers. I’m sick of them, and I’m sick of myself too. One day’s very much like another.” What I thought I heard was a human being saying, “I’ll live my life out to the last, and I expect to have good days as well as bad. But when the end comes, I won’t complain. One life will do me very nicely.” Then somebody plunked a bottle of something down on the counter and the cash register rang open and the checkout clerk with her hair damp on her forehead said, “Don’t you think once is enough?”… It was life and death that she was talking about too, her own life and her own death, and by some fluke I happened to hear her despite that hardness of hearing that we all share. Even the Lord Jesus Christ somehow made himself heard that steamy August day among the detergents and floor waxes. “Whoever lives and believes in me shall never die.” “Don’t you think once is enough?” the woman said.

There are so many things to say, of course. One thing is that whether one life is enough or not enough, one life is all we get, at least only one life here, only one life in this gorgeous and hair-raising world, only one life with the range of possibilities for doing and being that are open to us now… 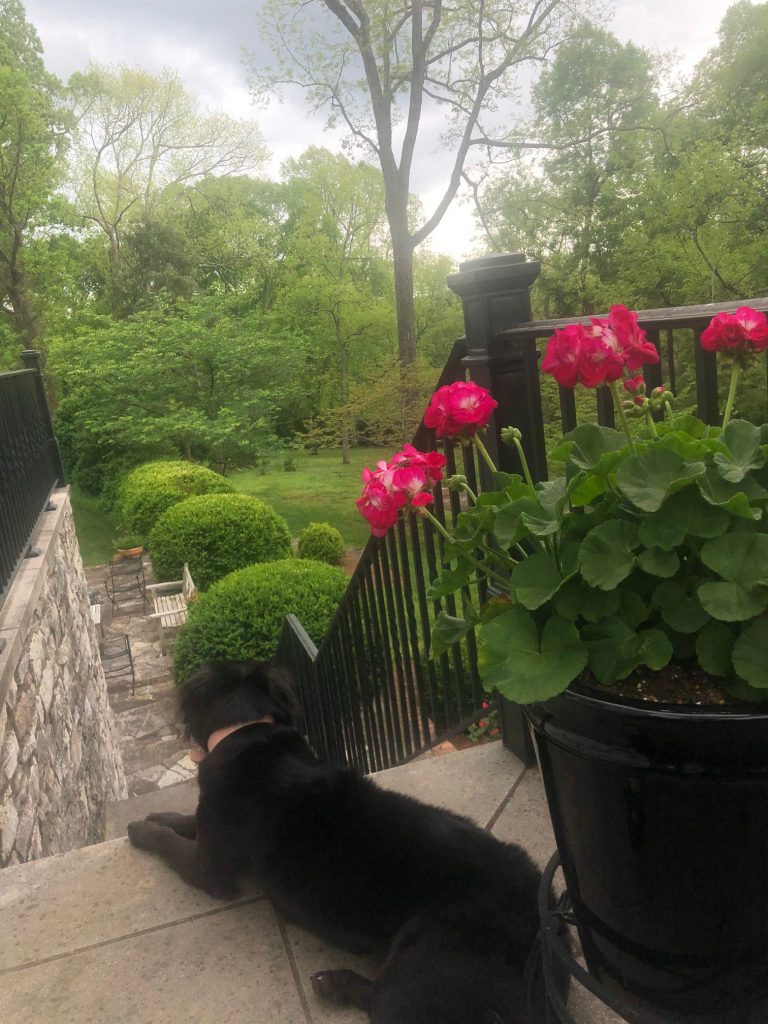 From George Connor, who curated this book:

“Frederick Buechner spent a week on the campus of the University of Tennessee at Chattanooga in November 1986 as a participant in one of the programs in observance of the university’s centennial year. As chairman of the committee for that program, I was his escort and almost constant companion for that week; I believe that on one public occasion he called me his manager. One happy result – the happiest for me – was that Frderick Buechner and I became friends… Making new friends is not easy as one grows older, and I look on that week as a gift of grace.” 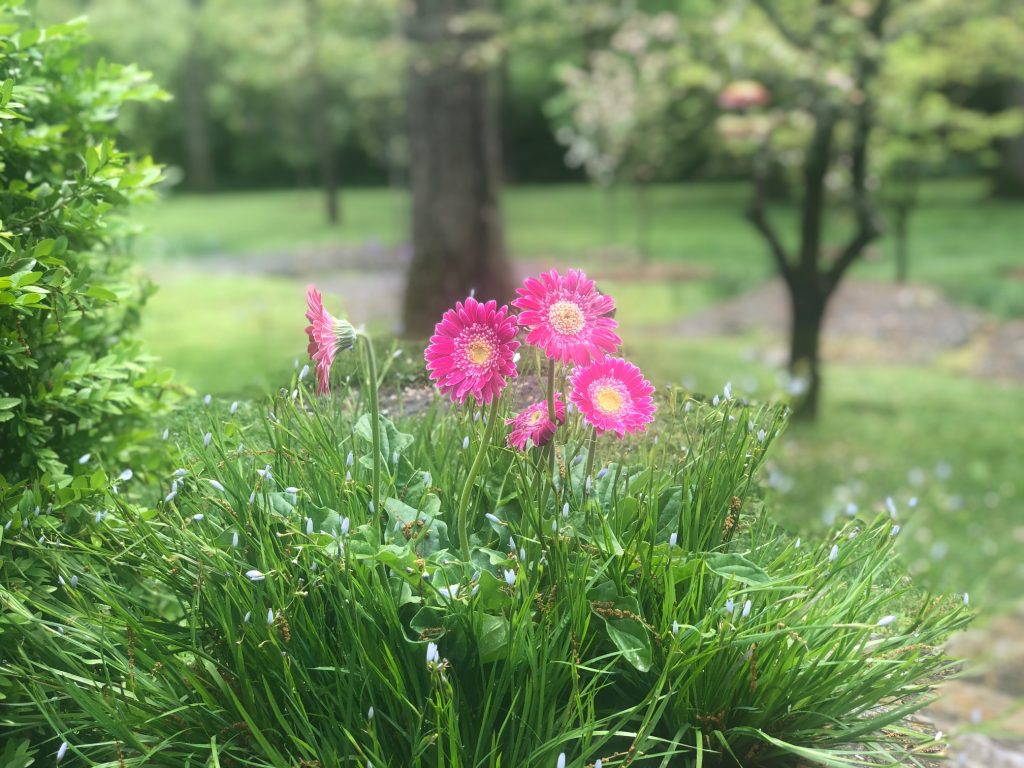 Frederick Buechner (pronounced BEEK-ner) is an American writer and theologian. He is the author of more than thirty published books and has been an important source of inspiration and learning for many readers. His work encompasses many genres, including fiction, autobiography, essays, sermons, and other nonfiction. Buechner’s books have been translated into twenty-seven languages for publication around the world. Buechner’s writing has often been praised for its ability to inspire readers to see the grace in their daily lives.

Buechner has been called a “major talent” by the New York Times, and “one of our most original storytellers” by USA Today. Annie Dillard (Pulitzer Prize-winning author of Pilgrim at Tinker Creek) says: “Frederick Buechner is one of our finest writers.” As stated in the London Free Press, “He is one of our great novelists because he is one of our finest religious writers.” He has been a finalist for the Pulitzer Prize and the National Book Award, and has been awarded eight honorary degrees from such institutions as Yale University and the Virginia Theological Seminary. In addition, Buechner has been the recipient of the O. Henry Award, the Rosenthal Award, the Christianity and Literature Belles Lettres Prize, and has been recognized by the American Academy and Institute of Arts and Letters.

The Buechner Speaker Series, inaugurated in 2008 at King College in Bristol, TN, is dedicated to the work and example of Frederick Buechner, exploring the intersections and collisions of faith and culture that define our times. 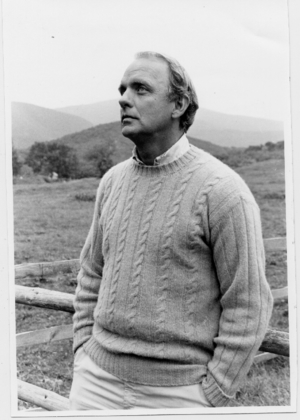 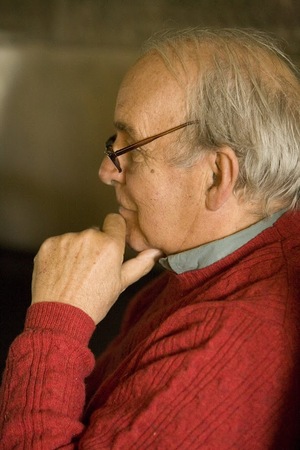