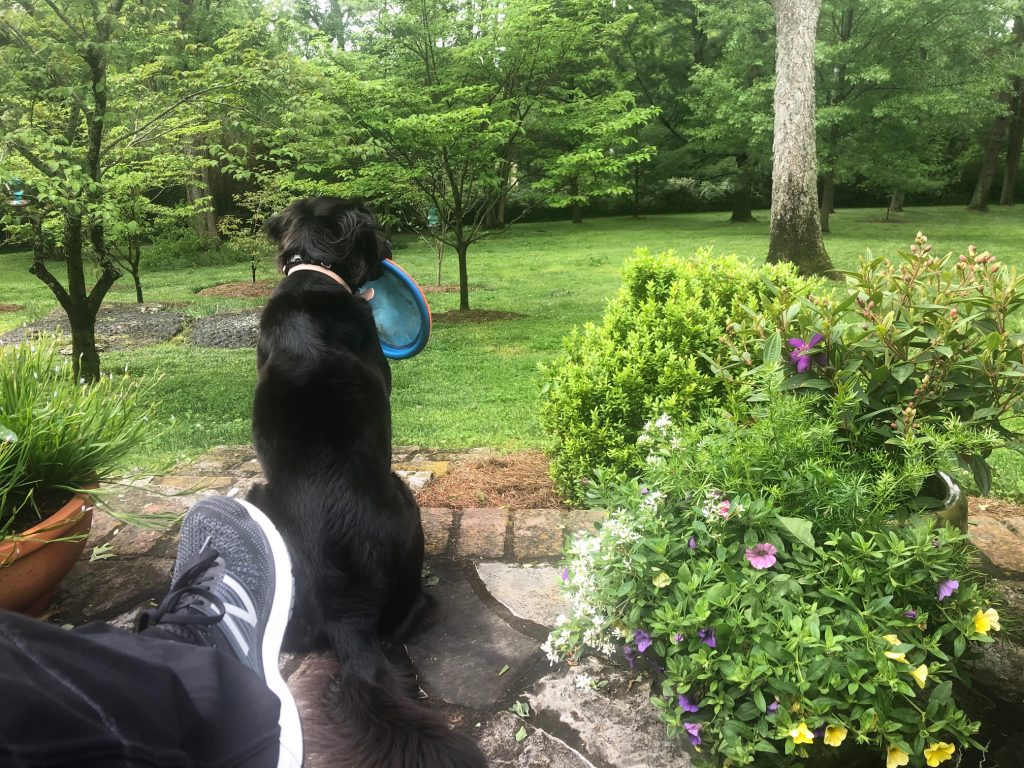 My husband and I walk our dog Pepper in the neighborhood every day in the Time of Corona. This is new for us.

In the last several weeks we’ve encountered ducks, geese, a wild turkey, a dog on the lam, walkers, runners, and moms and dads with their wild offspring in the yard. We’ve seen a venomous snake in a creek where a grandfather and his grandkids had been playing the day before. That’s probably the scariest thing we’ve seen. 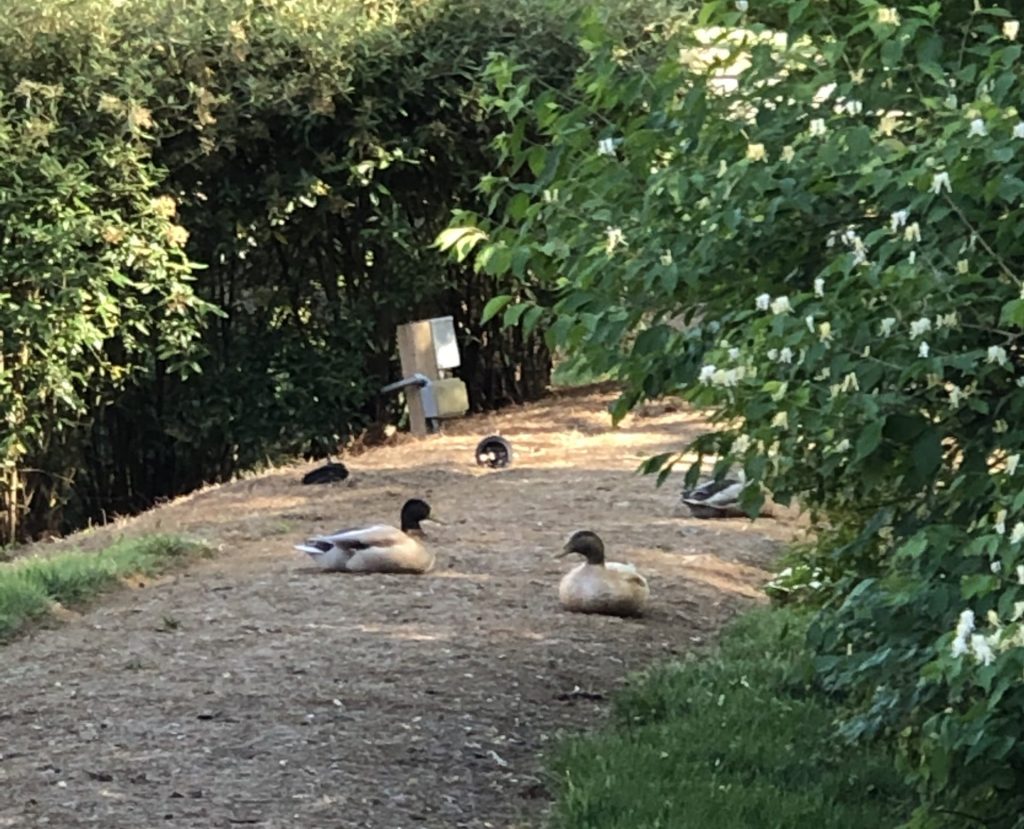 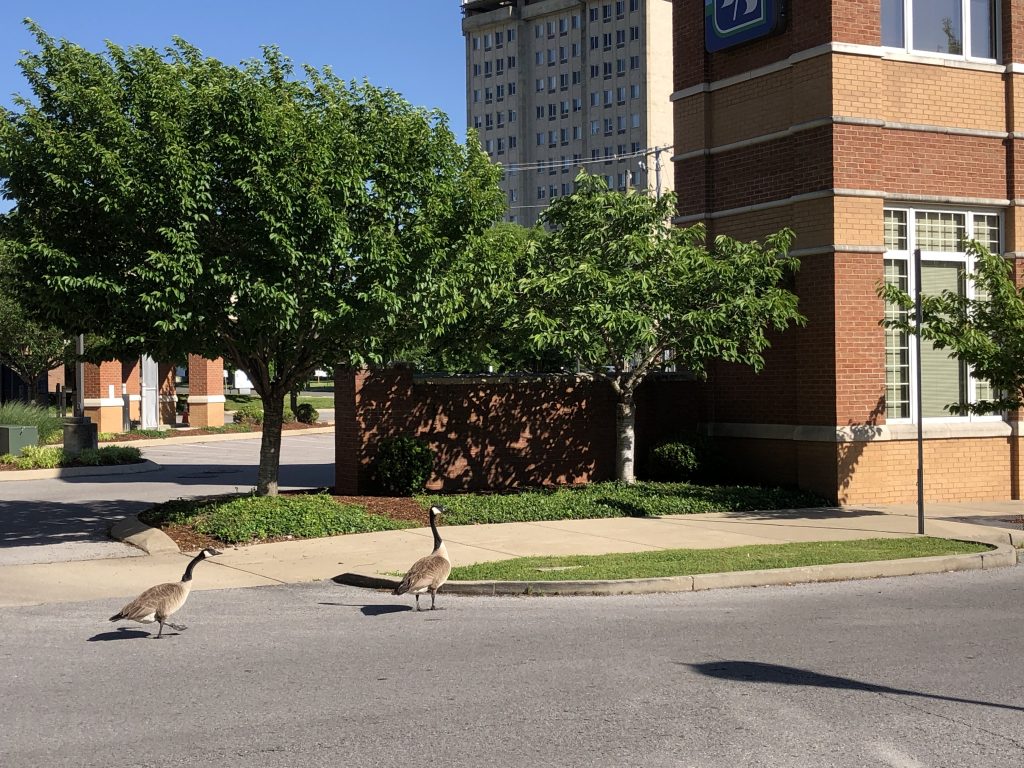 But Pepper and I had a lot to discuss after today’s walk, for she – today – was the scary one…

Back in our own yard, Pepper and I settled in to watch the birds. 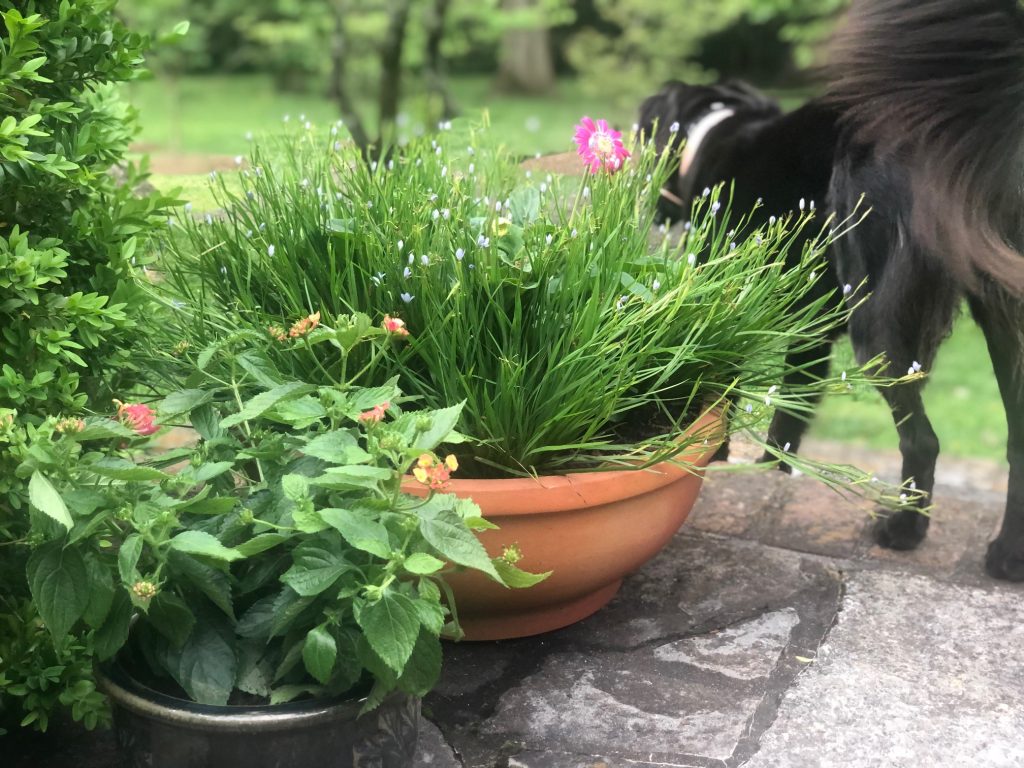 “Pepper, you really scared Hunter today,” I began – tentatively – not knowing how she would respond. Sometimes she can be a little prickly, like a teenager.

“I didn’t do anything!” she exclaimed. “What was wrong with him?”

We had been walking by his yard, like we always do, and Pepper had reared up on her hind legs, on the leash, like she always does. Normally he runs along the border of his yard – along the invisible fence line – barking confidently. He’s got to be at least 20 pounds heavier than her. Like her, he appears to be the product of a love affair rather than organized breeding.

Today, he retreated – whining, running in circles. Whine-shrieking really. It was hard for us to avert our eyes.

His mom, in the yard, on her phone, looked at us balefully. “It’s ok, Hunter,” she assured him, but not very assuringly, because she was on her phone.

“What do you think was wrong with Hunter?” Pepper asked me again, more quietly.

“I’m not sure,” I answered. “We’ve never seen him freak out like that before.”

“I didn’t mean to make him sad,” she admitted. “I was just playing and bossing like I always do.”

“I know, Pep,” I said, “but everything is a little different right now. And everyone. And people and dogs might freak out a little bit because of all the things people are worrying about. Maybe you should be extra-careful and extra-gentle with Hunter right now.”

“Maybe I shouldn’t try to boss him around from outside his own yard,” she considered.

“Maybe you could just boss the squirrels in our own yard for right now,” I suggested.

“And the chipmunks!” she added, sprinting towards one cheeky fellow who had come out to eat the safflower seeds we’d scattered for the cardinals and finches.

(And in the meanwhile, I thought, I’ll try to be the boss of myself.) 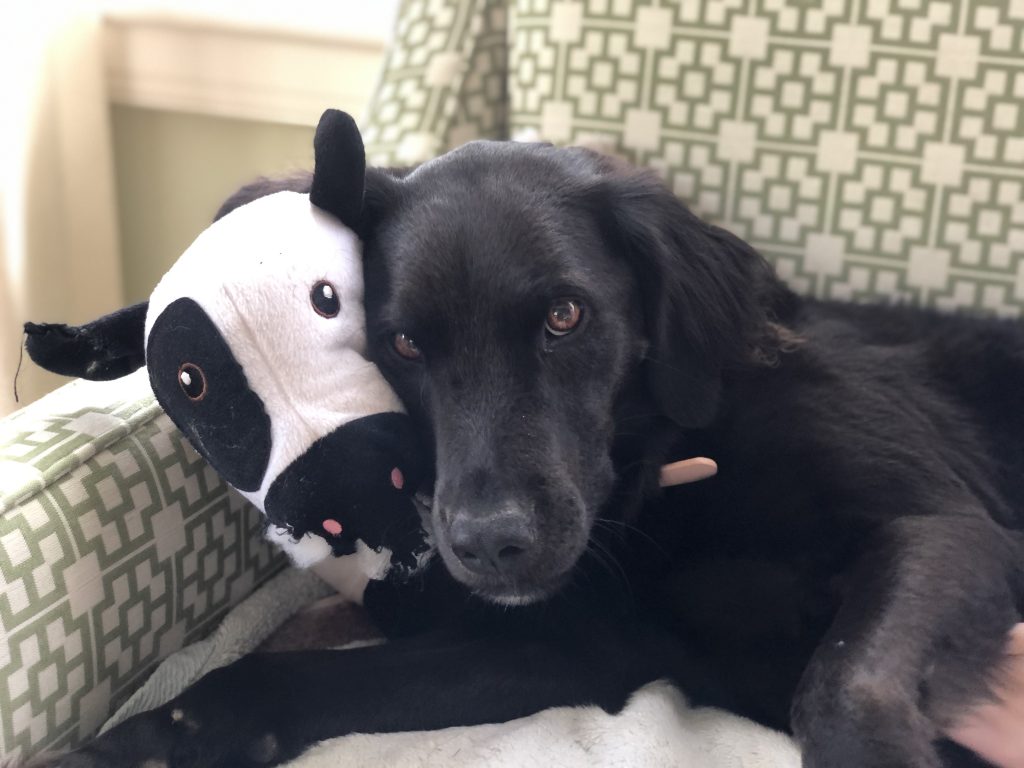