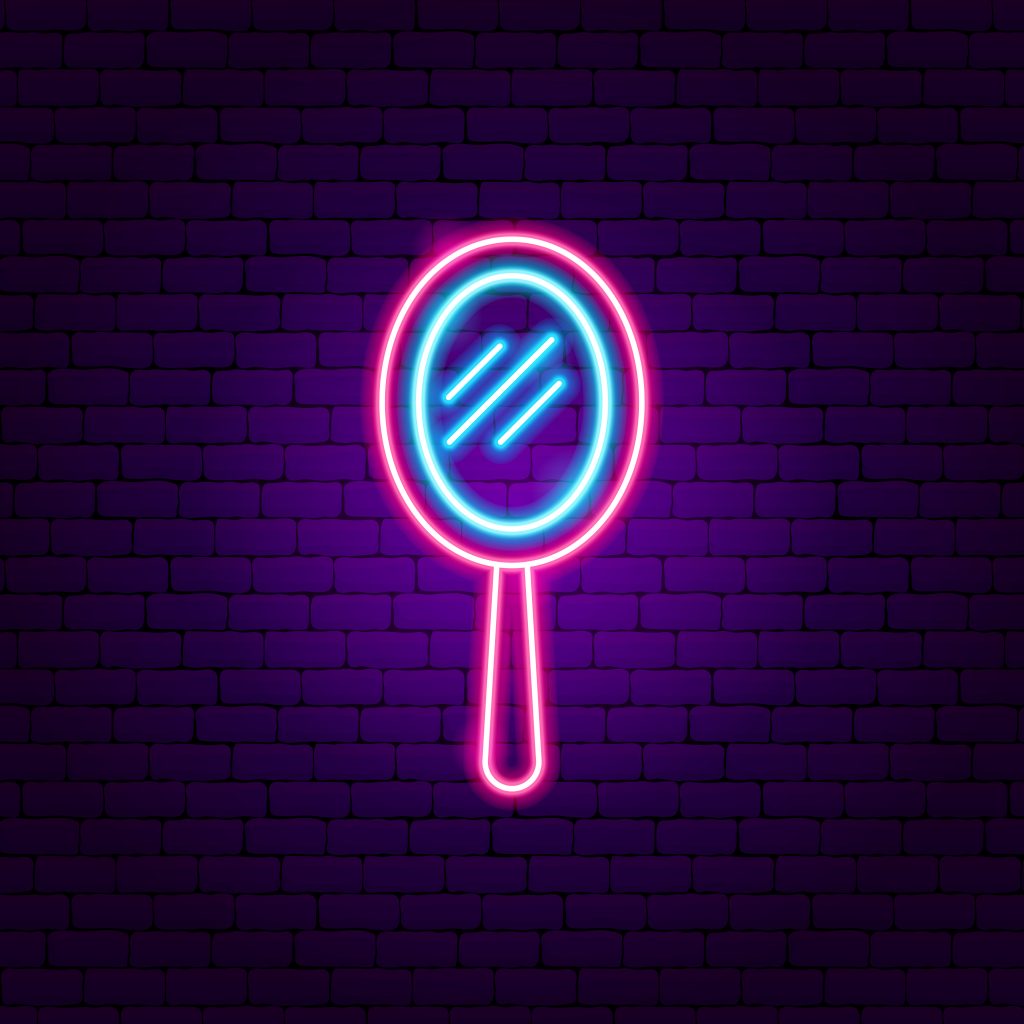 Sean Kinch returns to Bacon today with a top pick for June, but first he answers a few questions about the days of our lives…

Hi Sean! Thanks for stopping in!

What’s it been like to wrap up the school year at Montgomery Bell Academy – for you personally, and in general?

Boring, disappointing, sad – I teach seniors, and they had all the fun milestones (prom, mother-son breakfast, Leavers Dinner, spring sports) taken away from them. We made the best of it, and I was inspired by colleagues who used the period of online learning to acquire new technological skills, but overall it was depressing. The gratifying parts of being a teacher involve personal interactions; basically we were stuck with the bureaucratic side. Still, I was impressed by the work that my students did – if someone had told me that the fourth quarter of my senior year was moving to “online learning” (a concept we didn’t have in 1986, anyway), I would have spent those two months at the lake. 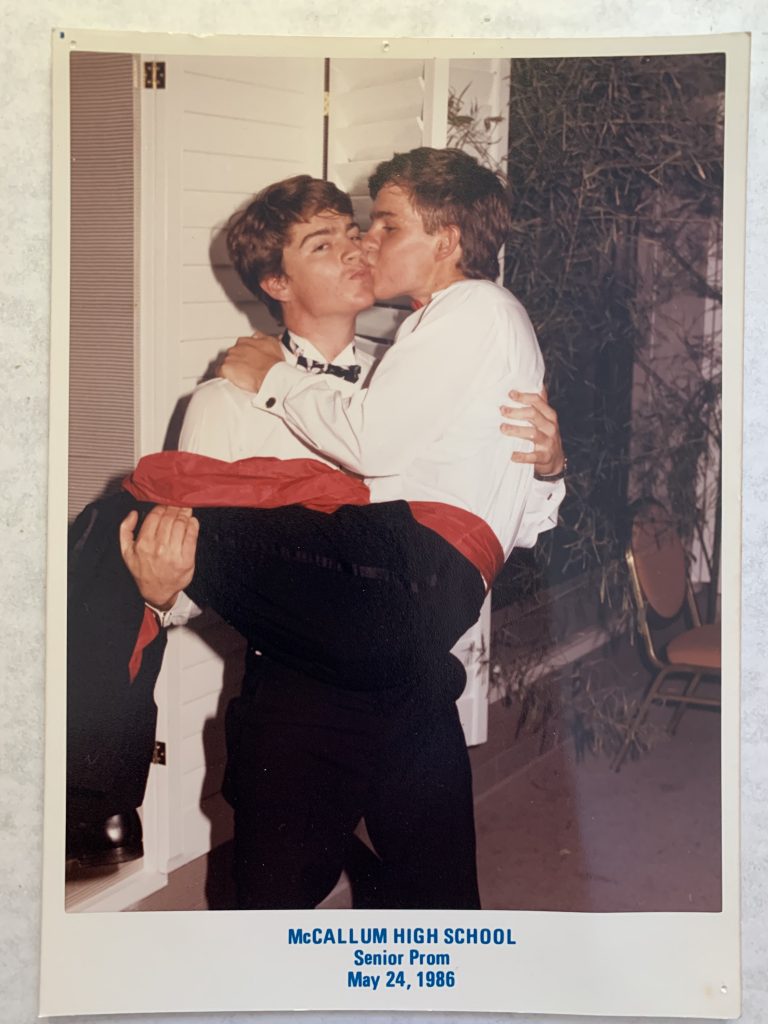 You saw it here first.

I’m trying to keep my kids (Samuel, a rising sophomore at Montgomery Bell Academy, and Katherine, seventh grade at Harpeth Hall) occupied and stimulated. We head to 30A in mid-June, so we’re clinging to that prospect. 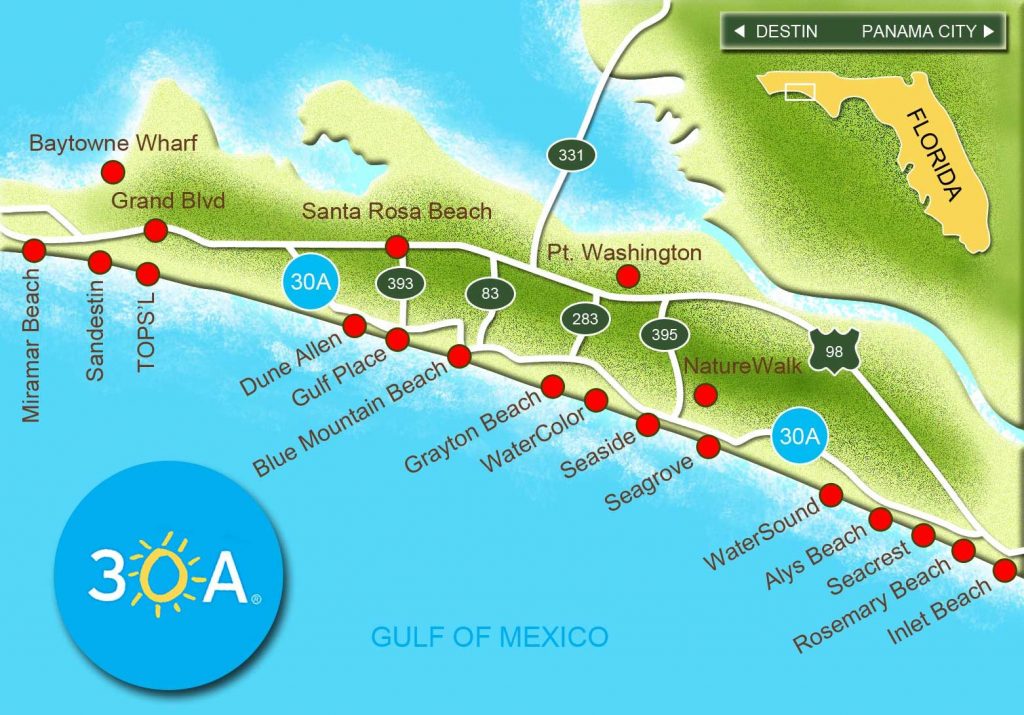 I’m making a dent in the mountains of books on my various reading tables, but somehow they keep multiplying. I’ve started two massive reading projects, Proust and Powell, that are calling out to be completed. Maybe I should start yoga, or meditation.

True or False: I love all the extra time at home! (Explain)

Hard false: I’m bored and stir crazy. How bored, you ask? Until the quarantine, I had never baked bread. Now, I have a system. I got so bored in April that I started training for a marathon, a magnificently stupid idea – I started running long distances just as the weather heated up. Now I’m six weeks into it, my calves are in perpetual pain, I regularly risk hyperthermia, and I still haven’t experienced anything resembling a “runner’s high.”

True or False: My wife loves all the extra time with me at home! (Explain)

Bless her heart, my wife Jill, an administrator at Vanderbilt Children’s Hospital, has been overwhelmed with work during this crisis. She is so preoccupied with daily emergencies that she doesn’t have time to compile lists of chores for me. I hug her and keep her fed, and then in the evenings she wants to watch Netflix, anything that distracts her. We loved “Ozark”, the adaptation of Sally Rooney’s “Normal People” on Hulu, and “Jeffrey Epstein: Filthy Rich”. 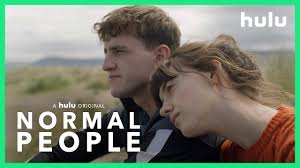 How are your kids doing?

Samuel is working on digital film editing, and Katherine has taken on some art projects – that is, when they’re not playing Xbox or binge watching shows. Honestly, and I don’t mean this entirely facetiously, their generation is the best equipped in the history of the world to live during a quarantine. They’re nowhere near as bored as I am.

What are you looking forward to?

What are you dreading?

A late-fall spike in infections that would send us in a deeper economic spiral. Keep wearing your masks in public.

Do you feel more hope or more despair right now?

Whenever I start to incline toward despair, I hear something that reminds me that hope is really our only option. Just this evening, I saw Kareem Abdul Jabaar, a gentleman whom I respect enormously, say that good will come from the George Floyd protests. Here is a man who marched with MLK and stood up for Muhammad Ali’s resistance to the Vietnam War, and who has spoken out against racism for five decades – if he can be optimistic, I shouldn’t give in to my darker thoughts.

What have you learned about yourself – or others – in the last few months?

Regarding the protests against police violence: that we are capable of listening. My African-American friends have unleashed their pent-up frustrations and anger, and I am listening.

The world-wide medical and scientific communities. The journalism I’ve read about the research being done – by scientists such as Mark Denison, the director of the Division of Pediatric Infectious Diseases at Vanderbilt – excites my admiration and hope.

And now – drum roll – let’s turn to your reading recommendation… 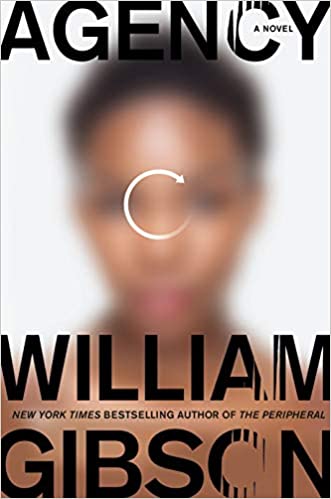 After I read Neuromancer, William Gibson’s breakthrough 1984 cyberpunk novel, I took a two-decade break from Gibson. Science-fiction wasn’t my genre of choice, and frankly I thought my reading energies were better spent on literary heavyweights (Thomas Pynchon and Don DeLillo) and clever Brits (Julian Barnes and Martin Amis). And then, in 2014, my attitude made an abrupt about-face. It’s not often one can trace such a reversal to a specific time and place, but in this case I know exactly where I was when I started seeing Gibson in a new light: lying around a swimming pool in Cancun, celebrating my wife’s 40th birthday, casually reading a GQ I’d picked up at the airport.
Inspired by the publication of The Peripheral, the GQ writer, Zach Baron, wanted to situate Gibson’s new novel in the full arc of his career. What struck me as remarkable is Gibson’s relationship to the future: his fans revere him as a prophet (for, among other visions, pre-figuring reality TV, the treatment for AIDS, and The Matrix), whereas Gibson himself claims his talent is for looking around at what is happening today. “I was never able to predict,” he says. “But I could sort of curate what had already happened.”

Shortly after reading that article, I came across another Gibson quote, this one from 2003: “The future is already here – it’s just not evenly distributed.” I’ve since heard that quip repeated (and refuted) by a number of commentators, most of whom miss its central point. Gibson’s not being complacent about the future, which he is certain will surprise him (“what I always miss is that the future changes the next morning,” he told GQ); he simply points out that current technology is freakier than most people realize.

My return to Gibson’s work began with the Blue Ant trilogy – Pattern Recognition (2003), Spook Country (2007), and Zero History (2010) – named for the international marketing firm run by Hubertus Bigend (yes, Bigend; part of Gibson’s brilliance lies in sensing when not to be subtle about satirical targets). These novels, which can be read in any order, depict a present world controlled by webs of corporate interests and semi-governmental agencies that function without ethical or legal restraint, effectively dividing the world into a small cadre of capitalists and seven billion mindless consumers. As cynical as they sound, those novels bristle with humor and heroic characters who joyfully toss wrenches into the virtual gears of global capitalism.

With his 2014 novel, The Peripheral, Gibson went back to writing about the future, or rather, two futures: an early 22nd century in which a global cataclysm (“the jackpot”) has led to lifestyle upgrades for the survivors, and a methed-out version of the near-future, when organized crime replaces nations as the supreme powers. In his new novel Agency, Gibson uses one character (Wilf Netherton) from Peripheral’s post-jackpot future but moves the present scene to a more recognizable 2017. A young woman, Verity Jane, with a reputation as an “app whisperer,” a knack for shaping new products for maximum appeal, is hired by a tech company to beta-test an AI/human upload hybrid called Eunice (homonym for UNISS, Untethered Noetic Irregular Support System). Wilf and his partners in the London police force of 2136 want to make sure that Eunice remains viable, though certain dark forces attempt to exercise influence on the past to kill it in its electronic womb. Gibson provides detail for how the time-hopping works – basically, Wilf exploits a radio channel that moves through time to remote control a “drone” (a.k.a. a “peripheral”) in the other time frame – but doesn’t bog down the narrative with excessive techno-babble.

My recommendation rests on a simple premise: you don’t have to sacrifice entertainment to read books that expand your mind. With Gibson, you get fast-paced action, high-stakes drama (will future kleptocrats poison all possible futures, or “stumps”?), and sympathetic characters thrown into radically complex predicaments. While you’re cheering Verity and cursing the forces who would limit Eunice’s peace-loving functionality, you also gain new perspectives on machine learning and the nature of the mind, while looking at our present scene with the curious objectivity of future citizens. “Nothing before the 2020s has ever seemed entirely real to me,” one character says. “Hard to imagine they weren’t constantly happy, given all they still had. Tigers, for instance.”

Living in a global pandemic, and having just survived a week of riots and destruction, we need writers like Gibson – not for reassurance, but as mirrors to tell us who we are, and lamps to show us better ways forward.

And maybe it doesn’t hurt to think about 1986 once in a while. 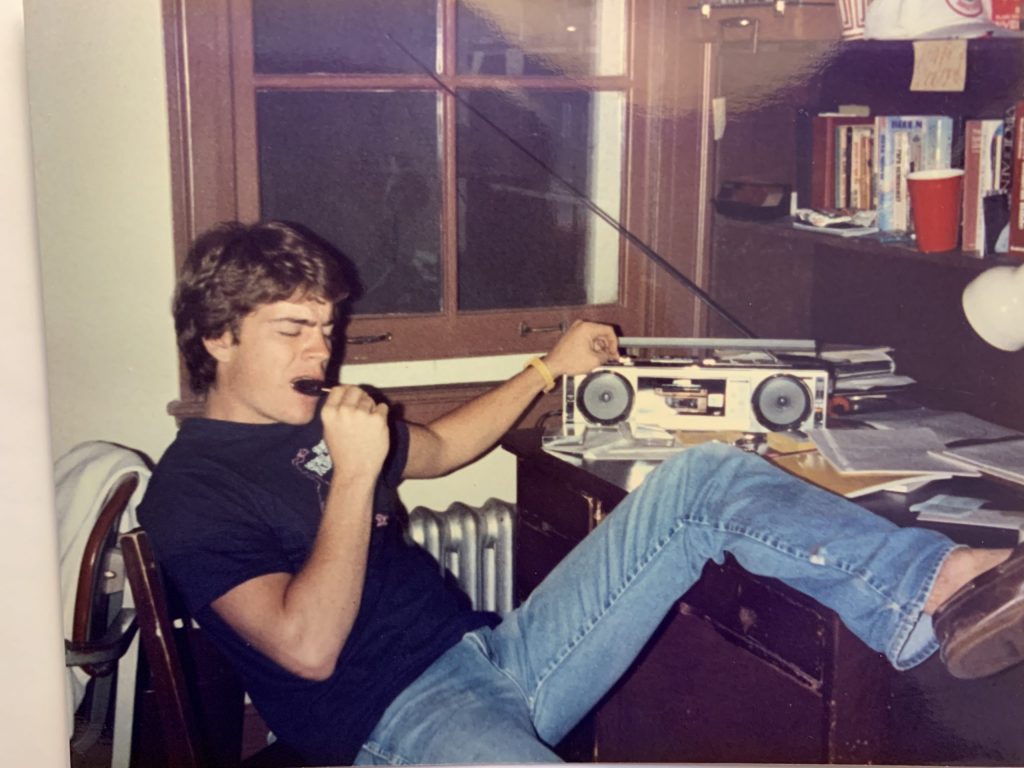 “Freshman dorm at Stanford with my beloved Panasonic tape player” 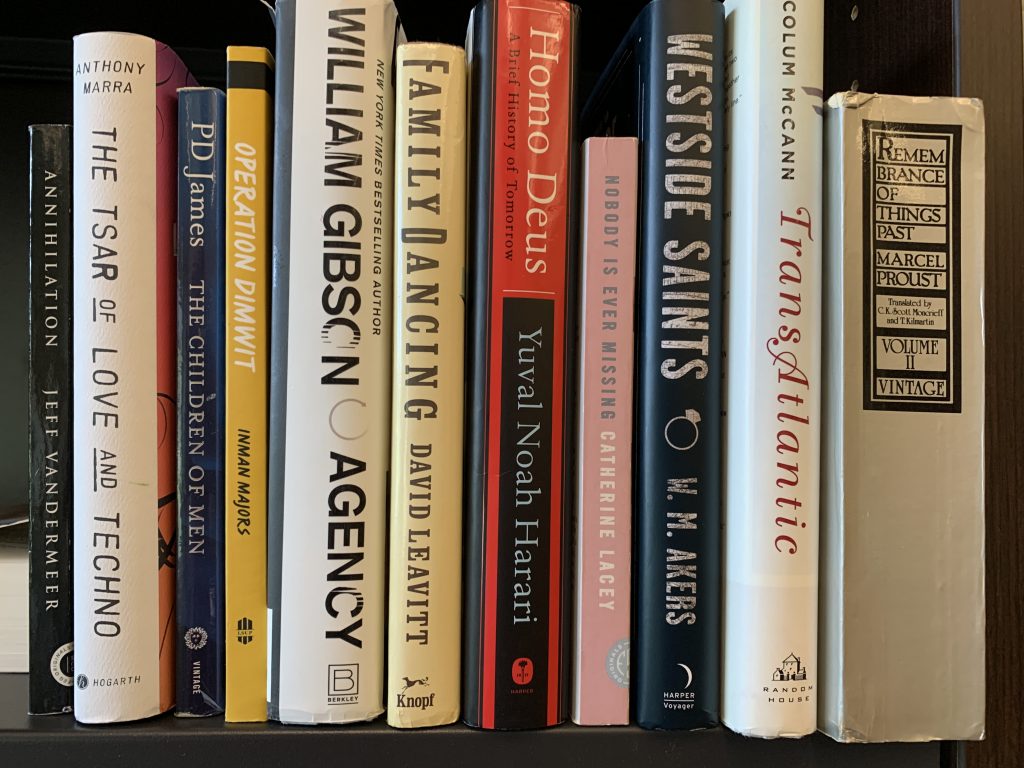