One of these things is not like the other…

The dissing of Dr. Seuss; 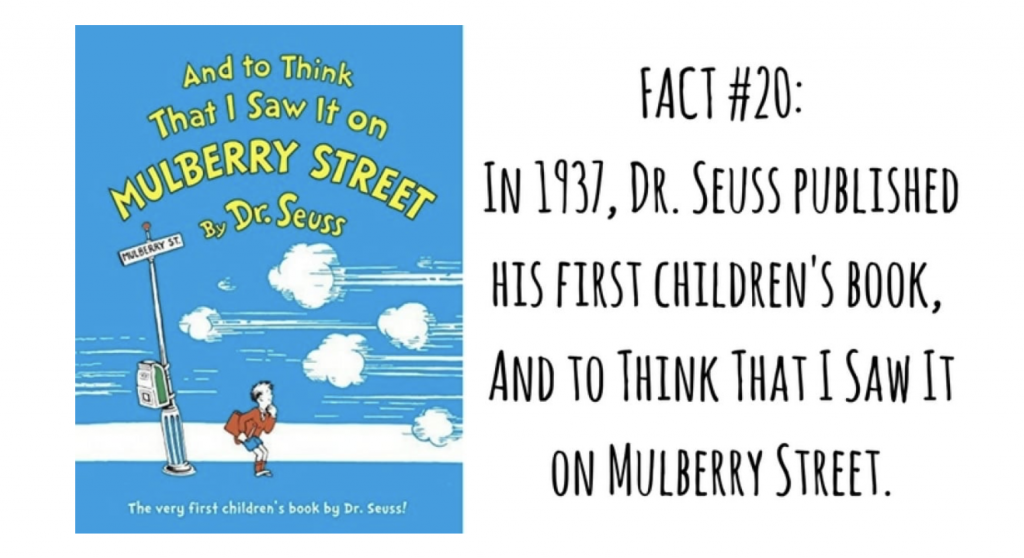 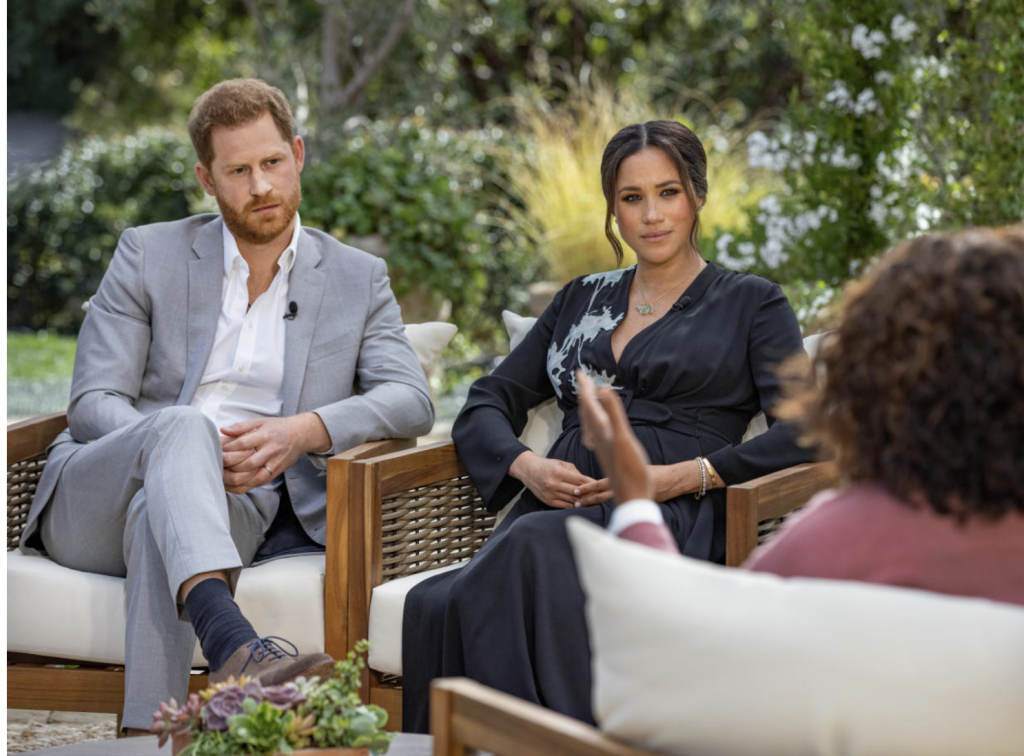 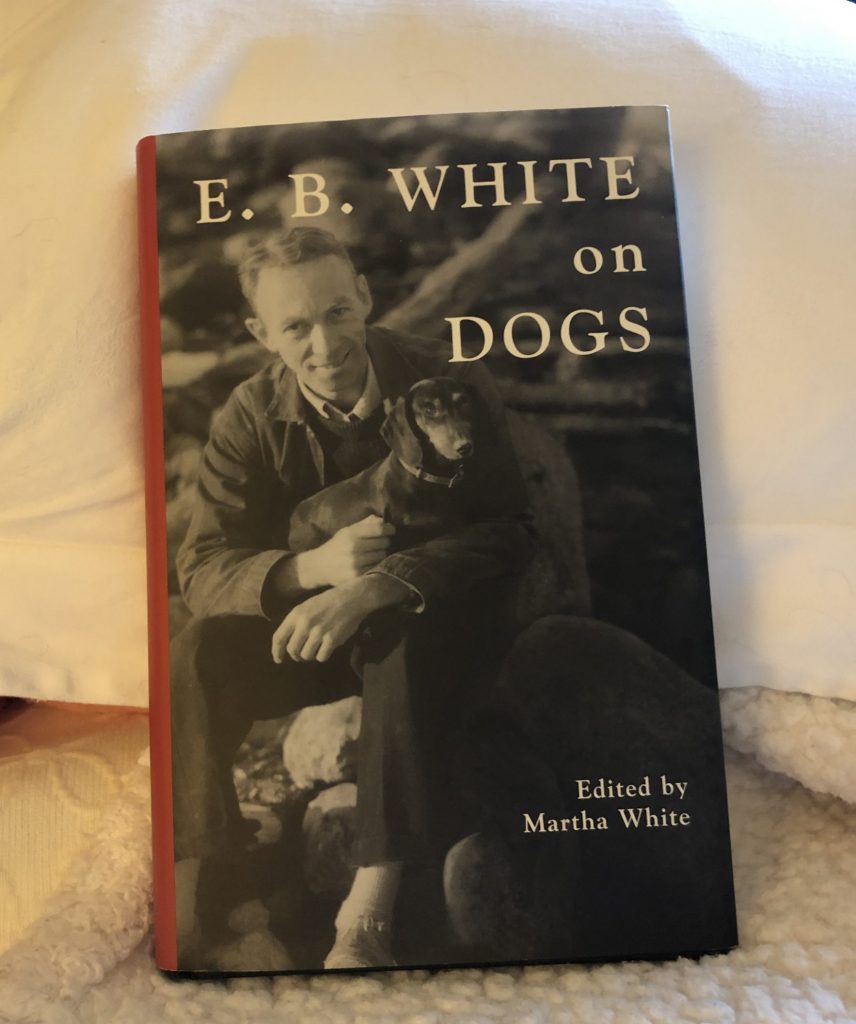 Yes, it’s a book “on dogs”. But mostly it’s a book about E.B. White. Hearing his voice this week made me smile and inspired that most treasured of emotions – wonder. I want to share it with you! I want to give it to everyone I know who loved Charlotte’s Web.

White, born in 1899, was raised in Mount Vernon, New York, the youngest of six children. He attended Cornell and attempted to register for the draft in World War I but was rejected because of his weight (too low). After graduation, he knocked about for several years, working and traveling west all the way to Alaska. He returned to New York City in 1923, where he worked in advertising while he tried to find a better gig as a writer. He had his first big break when The New Yorker hired him full time in 1927. There, he met Katherine Angell – divorced, with two children – and married her in 1929. They would remain married until death did them part (hers, 1977).

One of the first pieces in this collection is an account originally published in The New Yorker on May 24, 1930 – I must share it with you in full! You’ll want to meet Daisy, White’s Scotch terrier…

The Talk of the Town
Kicked out of Schrafft’s

Daisy has it in for Mr. Shattuck. Of all places to be kicked out of, Schrafft’s is the most humiliating to a Scotch terrier. “I’ve been kicked out of better joints than this,” she said to us, under her breath, as we went through the door. The manager breathed a sigh of relief. He was such a worrier, that manager; and all for nothing. There are pleasant restaurants downtown where Daisy is one of the welcome, if unlawful, guests, and where she is admired of all eyes. In those places, sitting by our side in quiet violation of a city ordinance, she enjoys life to the full. But at Schrafft’s, smuggled in and placed inconspicuously under the table, she detected a faint aura of legality and respectability about the place, and it made her restless. We don’t mean that she made any fuss; we merely mean that when, discovered and dismissed, we finally gathered up our things and left during the meat course, we plainly heard her say: “Very well, then, let’s get the hell out of here.”

When White learned that his wife Katherine was pregnant, in the Spring of 1930, Daisy wrote Katherine a letter expressing White’s feelings about “the blessed event” ahead…

…Well, the truth is White is beside himself and would have said more about it but is holding himself back, not wanting to appear ludicrous to a veteran mother. What he feels, he told me, is a strange queer tight little twitchy feeling around the inside of his throat whenever he thinks that something is happening which will require so much love and all on account of your being so wonderful…

And so this collection of letters and published writings proceeds, from White’s earliest days at The New Yorker, through his marriage to Katherine and the birth of their son, through their move to Maine in 1937, and beyond. The country life suits them. In one letter to James Thurber during a quick trip back to New York City, White writes:

…Sunday afternoons [in the city] are about the same as when you left, people walking their dog out, and the dog not doing anything, the sky grey and terrible, and the L making the noise that you hear when you are under ether. The middle of the afternoon is the saddest time, because it is neither right after lunch nor right before supper, it is not time to have a drink yet, and if you call someone on the phone, the phone just rings. It is the time little boys come in from the garden and say that there is nothing doing out there. I got back from Maine a week ago, but all this week I have been looking around and wondering why I came away…

In another letter to Thurber, in 1938, White says:

…There is something in me that keeps making me want to do things I am not very good at, and of course the country is the ideal place for that. I have made things about as hard for myself as anybody conceivably could, I guess, what with installing a coal furnace that has to be fired (by me), and acquiring a lot of miscellaneous live animals that have to be fed, watered, nursed, wormed, bedded, scolded, and worried about. This place teems with trouble, of one sort and another. I am up every morning at twenty past six, troubleshooting. The community here is a very strange box of bon bons, with a surprise in every layer. In summer time it is impossible to find out much about what goes on but in winter you begin to get to know people…

As, over the course of these letters and essays, you come to know E.B. White.

Once in a while something slips – one of the actors goes up in his lines and the whole performance stumbles and halts. My pig simply failed to show up for a meal. The alarm spread rapidly. The classic outline of the tragedy was lost. I found myself cast suddenly in the role of pig’s friend and physician – a farcical character with an enema bag for a prop. I had a presentiment, the very first afternoon, that the play would never regain its balance and that my sympathies were now wholly with the pig. This was slapstick – the sort of dramatic treatment that instantly appealed to my old dachshund, Fred, who joined the vigil, held the bag, and when all was over, presided at the interment. When we slid the body into the grave, we both were shaken to the core. The loss we felt was not the loss of ham but the loss of pig. He had evidently become precious to me, not that he represented a distant nourishment in a hungry time, but that he had suffered in a suffering world. But I’m running ahead of my story and shall have to go back…

One of the final pieces in this collection was originally published in The New Yorker on May 25, 1957, “A Report in Spring”…

By day the goldfinches dip in yellow flight, by night the frogs sing the song that never goes out of favor. We opened the lower sash of the window in the barn loft, and the swallows are already building, but mud for their nests is not so easy to come by as in most springtimes. One afternoon, I found my wife kneeling at the edge of her perennial border on the north side, trying to disengage Achillea-the-Pearl from Coral Bell. “If I could afford it,” she said bitterly, “I would take every damn bit of Achillea out of this border.” She is a woman in comfortable circumstances, arrived at through her own hard labor, and this sudden burst of poverty, and her inability to indulge herself in a horticultural purge, startled me. I was so moved by her plight and her unhappiness that I went to the barn and returned with an edger, and we spent a fine, peaceable hour in the pretty twilight, rapping Achillea over the knuckles and saving Coral Bell.

One never knows what images one is going to hold in memory, returning to the city after a brief orgy in the country. I find this morning that what I most vividly and longingly recall is the sight of my grandson and his little sunburnt sister returning to their kitchen door from an excursion, with trophies of the meadow clutched in their hands – she with a couple of violets, and smiling, he serious and holding dandelions, strangling them in a responsible grip. Children hold spring so tightly in their brown fists – just as grownups, who are less sure of it, hold it in their hearts.

You get the last word, Andy White (the nickname he acquired at Cornell & used the rest of his life). Thank you for your gifts to the world. 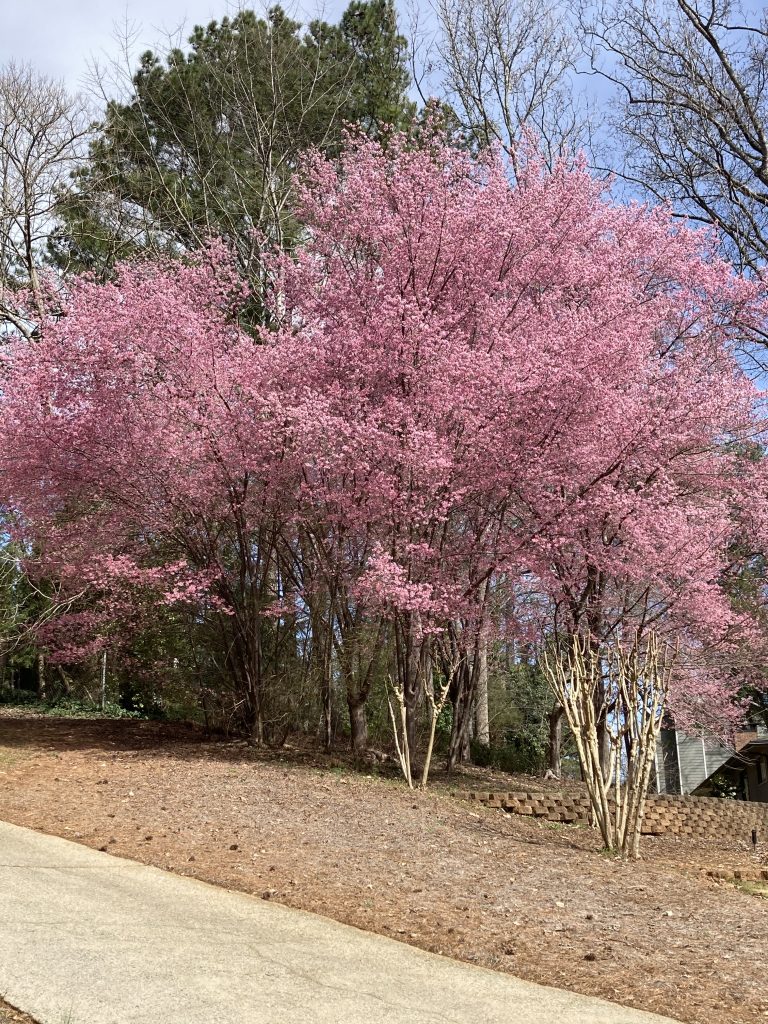 Thank you, Jack Barnwell, for the gift of this book.

Well I can’t help myself. The introduction to this book is titled “A Chronic Perplexity.” So maybe E.B. White is complicated too. Xoxo