My father, who loved my mother so deeply – and imperfectly – finishes this way. He provides, more than generously. The fruits of his labor reach into the present. Yet he nearly wrecks her with his decline. 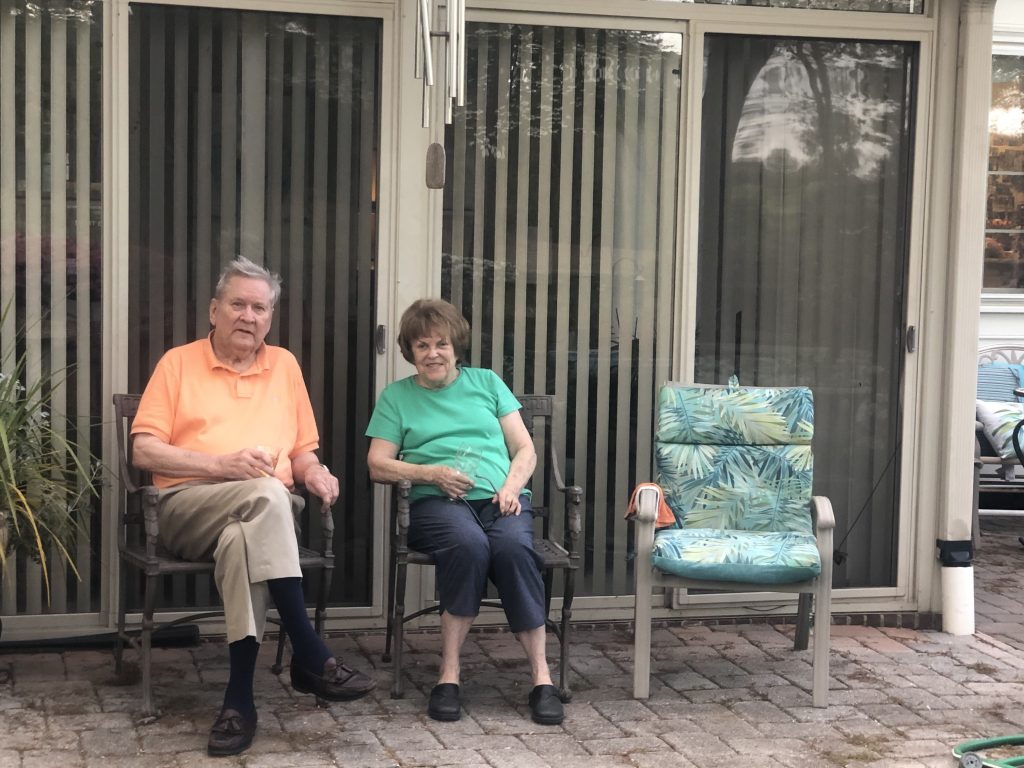 For five years she has cared for him on her own, in their home. She’s at the end of her rope; no – she has run out of rope. My sister and I have failed her by letting her reach this point of exhaustion. Or: we have respected her wishes. She has said until now that she could handle his care, as he forgets all he has known, and been.

Mom and I visited my Aunt Rachel and Uncle Sammy out in the country where the air is clear and you know where the rooster is but sometimes the biddies are hiding.

I believe my mother will return to herself. Her curiosity will return. She will read a book again. She will call Aunt Paula, and Aunt Betty, and Aunt Kat, and Uncle Ed, to check on them.

I have – already – seen her put flowers in the earth this Spring. (Well – in her containers. Close enough.) 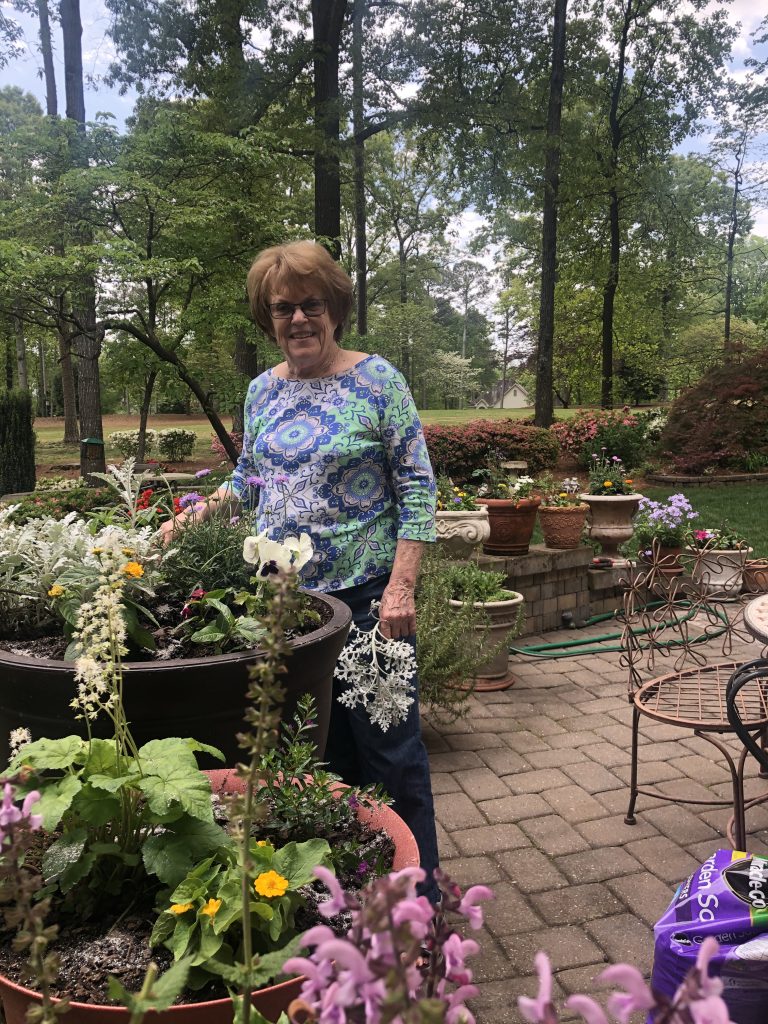 Returning to Nashville – by car, on I-40 – I stayed at the Grove Park Inn in Asheville for a night.

A musician with his guitar and harmonica sang as guests came and went in the grand old lobby dark with stone and fire, chilled by a cool mountain breeze. He sang covers of Kris Kristofferson; Bob Dylan; Elton John; Neil Young; The Band; The Monkees (!); Patsy Cline. He took requests. 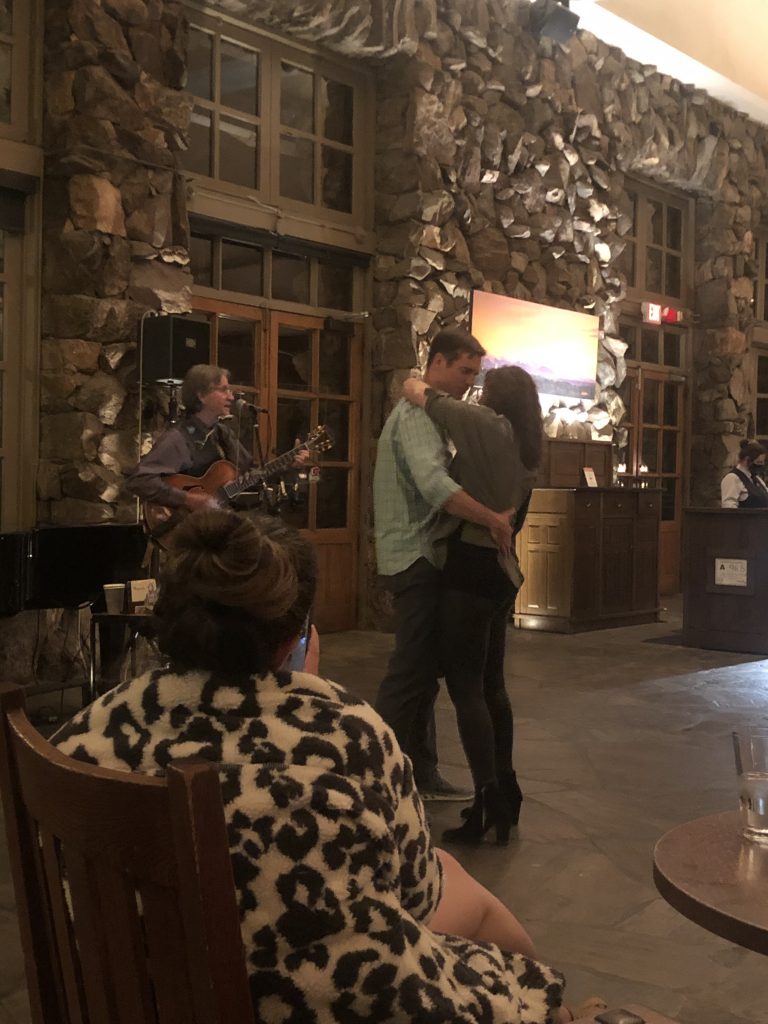 A few of us ate dinner and drank our glasses of wine; others passed through. A group of girlfriends celebrated a birthday. One couple danced.

This morning I want to share with you a poem etched in the stone fireplace at the Grove Park Inn – part of a poem by James Ballantine in old Scottish dialect. My mother loves that dialect so. 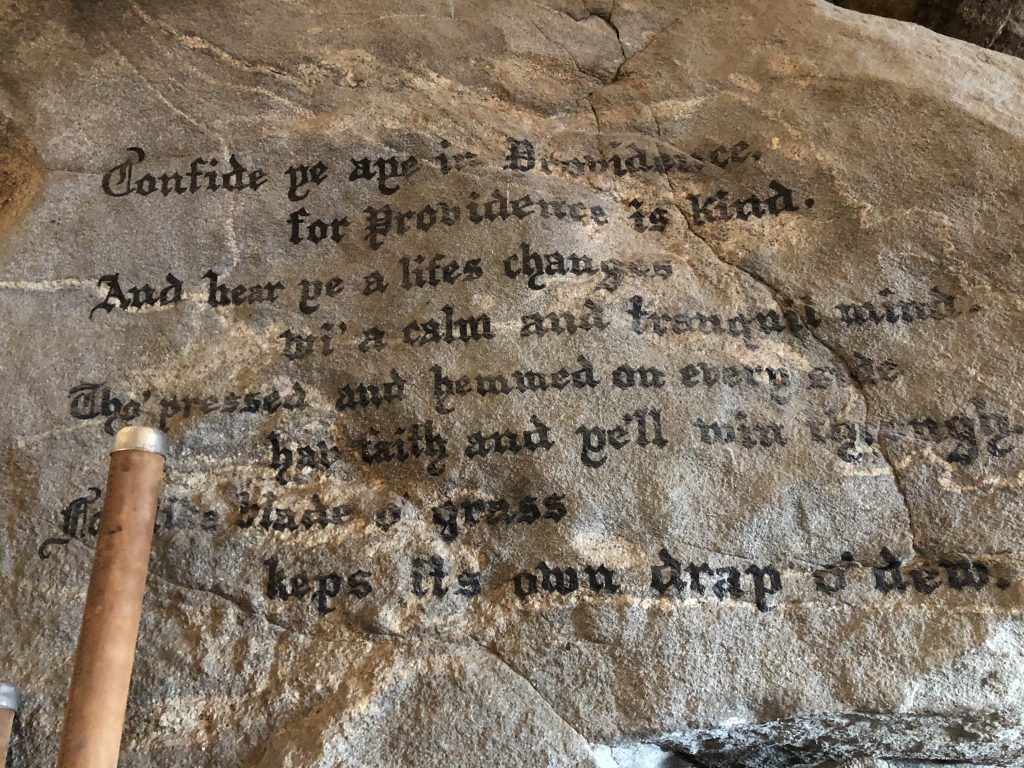 (Confide ye aye in Providence, for Providence is kind,
And bear ye a life’s changes wi’ a calm and tranquil mind.
Tho’ press’d and hemm’d on every side, hae faith an ye’ll win through,
For ilka blade o’ grass keps its ain drap o’ dew…)

“Ballantine wrote the words after hearing the story of a woman who had opened a shop. A neighbor remarked that there were already too many shops like hers in the village. The woman replied, ‘Ah, but Providence is kind; every blade o’ grass carries its ain drap o’ dew.’

After completing his apprenticeship as a painter, Ballantine attained notoriety as a glass painter. He was commissioned to illustrate the windows of the House of Lords. Many of his literary works were published in the magazine Whistle Binkie (1832-53).” 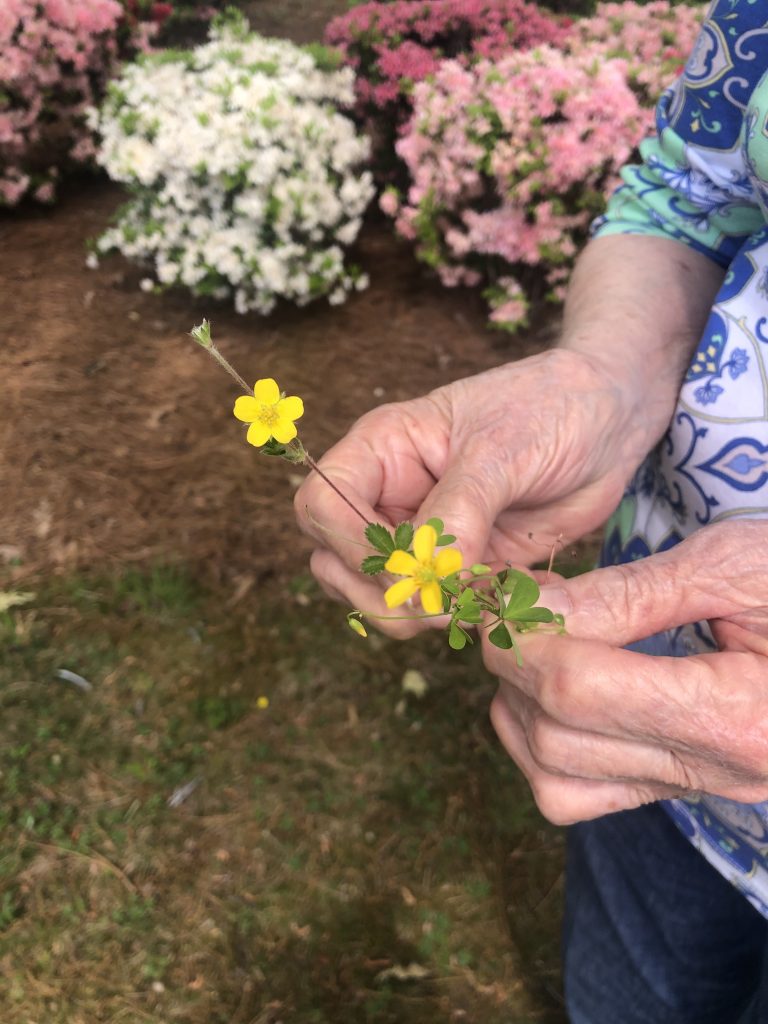