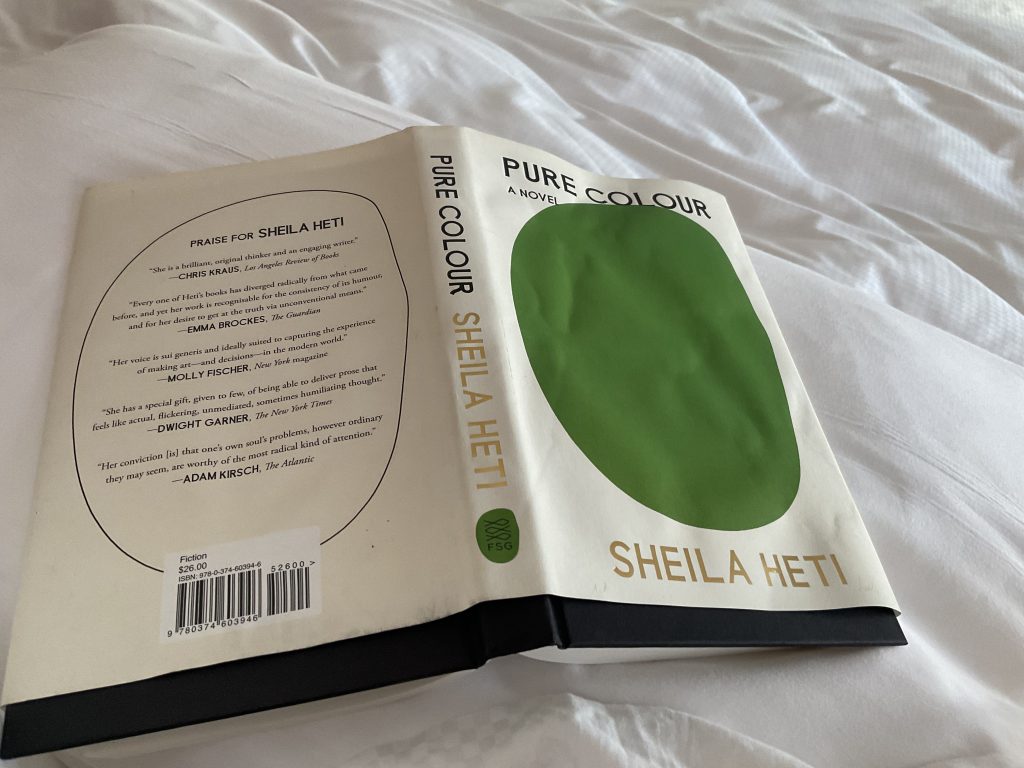 Pure Colour by Sheila Heti is “that rarest of novels – as alien as a moon rock and every bit as wondrous” (Kirkus Reviews). Or maybe it’s “an underwhelming fable, a sort of Generation X Jonathan Livingston Seagull”(Publisher’s Weekly). I’m trying to sort it out in my own mind – its message, its madness, its beauty.

Here’s the plot, such as it is: a young woman grieves her father’s death. She also has a crush on another woman. The young woman becomes a leaf. She and her father and also the other woman talk about art, love, life, death, and God (leaves can talk, but it’s different).

“In the cosmic landscape, plants have front-row seats. God is thrilled to have the audience of creation made up mostly of plant life: trees and bushes, flowers and berries, sitting down to enjoy the show, and saying at intermission, What a romp! 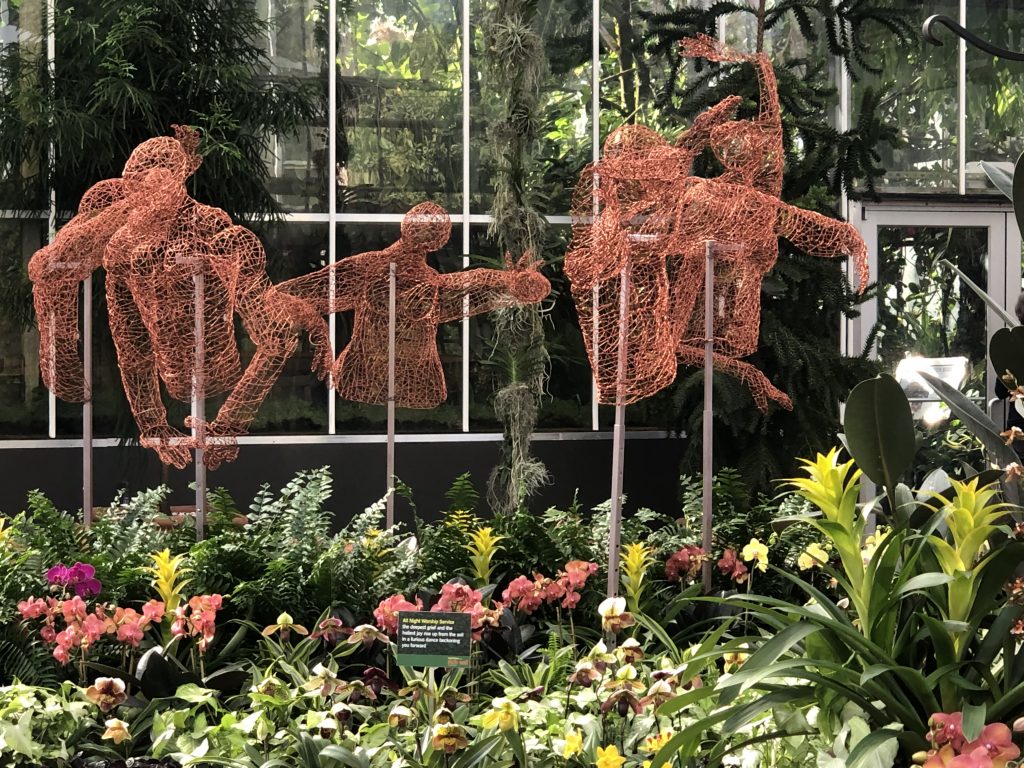 But for us to imagine ourselves in their place would be utterly horrifying to the humans, who would not want to be living that way: life as an eternity of enjoying plays! But the plants have learned, over millions of years, how to be the audience of creation. They know how good it feels to be the open, accepting audience of the show, which humans could never be, and wouldn’t even understand, for our purpose comes from being its critics. 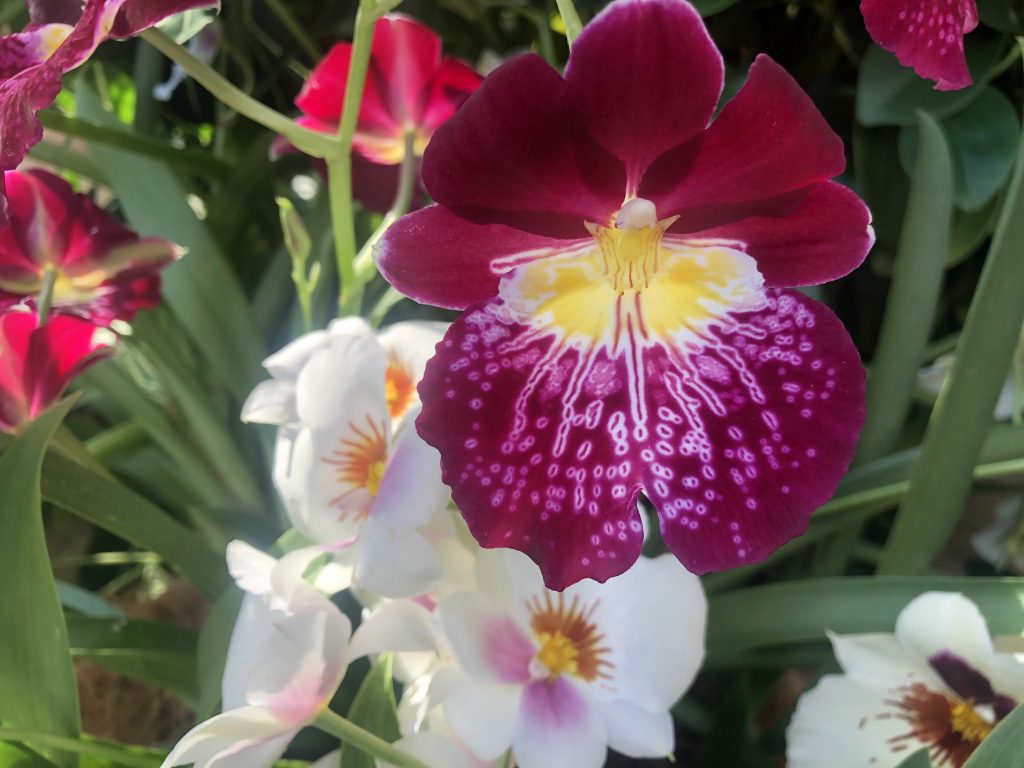 Seeing an audience of plants just sitting there seems like doom and uselessness to a human. But to be the audience of creation is a wonderful thing. What a privilege to be able to sit there and watch it! To be entirely filled up by life’s beauty! It’s a privilege to have front-row seats. But it was not easy for the plants to learn how to sit there. 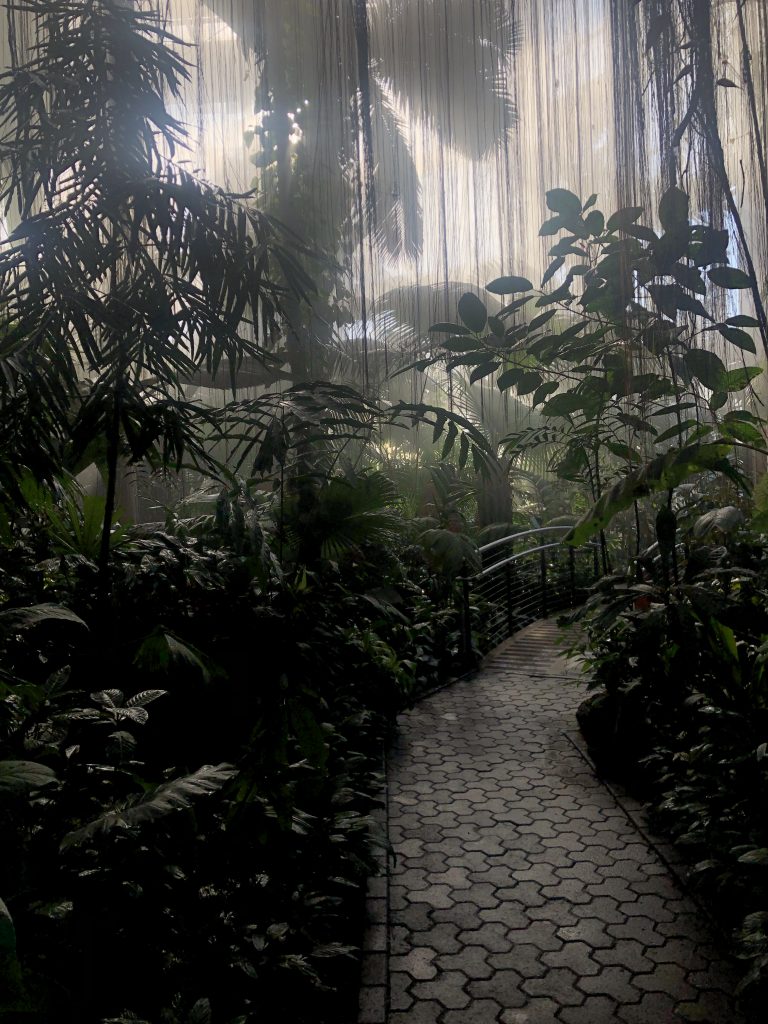 For what reason are they tasked with being the audience of creation? Oh, for no reason. Oh, because God is an egoist. Because he is an artist. Because even though creation is flawed, God is secretly proud of its aspects, and loves his work being noticed.” 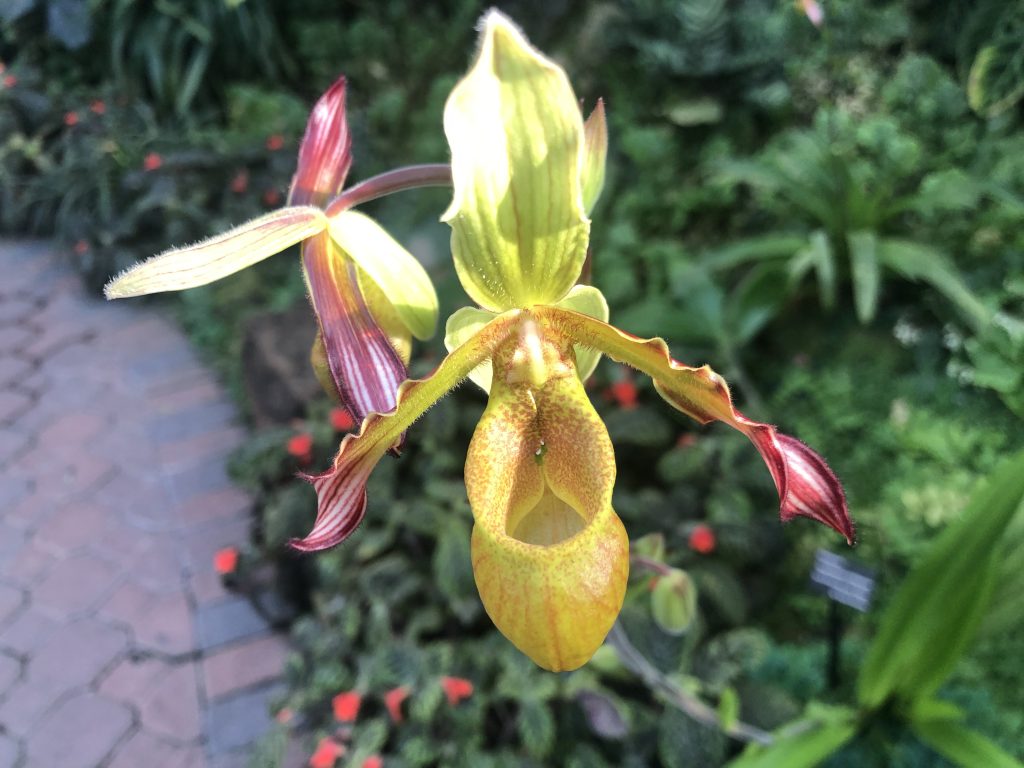 (You understand I don’t think God is an egoist. I find this passage kind-of funny, odd, provocative, and a little bit wonderful… do you? I like the idea of plants learning how to be still. Of learning how to be – in the audience. And I’m thinking I might work on that too.)

At the Atlanta Botanical Garden this week, my heart lifted until it sat on the branch of the Japanese apricot tree. There it rested for a while. 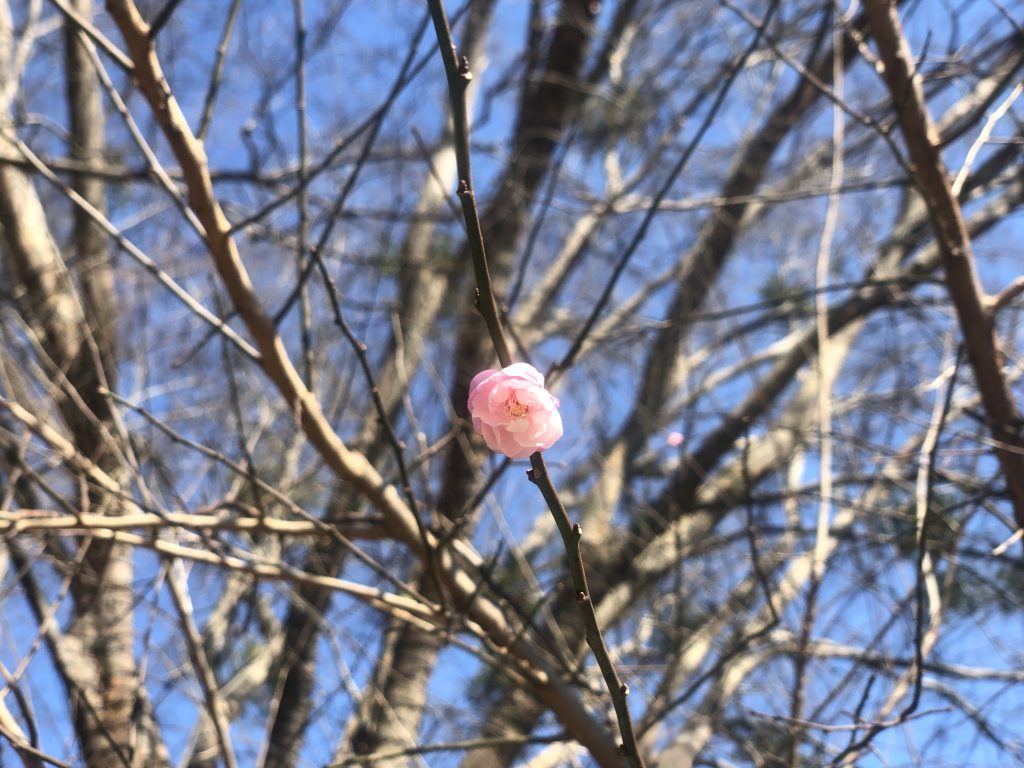 “Mira knew that humans made art because we were made in God’s image – which doesn’t mean we look like God; it means we like doing the same thing God likes. Both making life and making art are pouring spirit into form.” 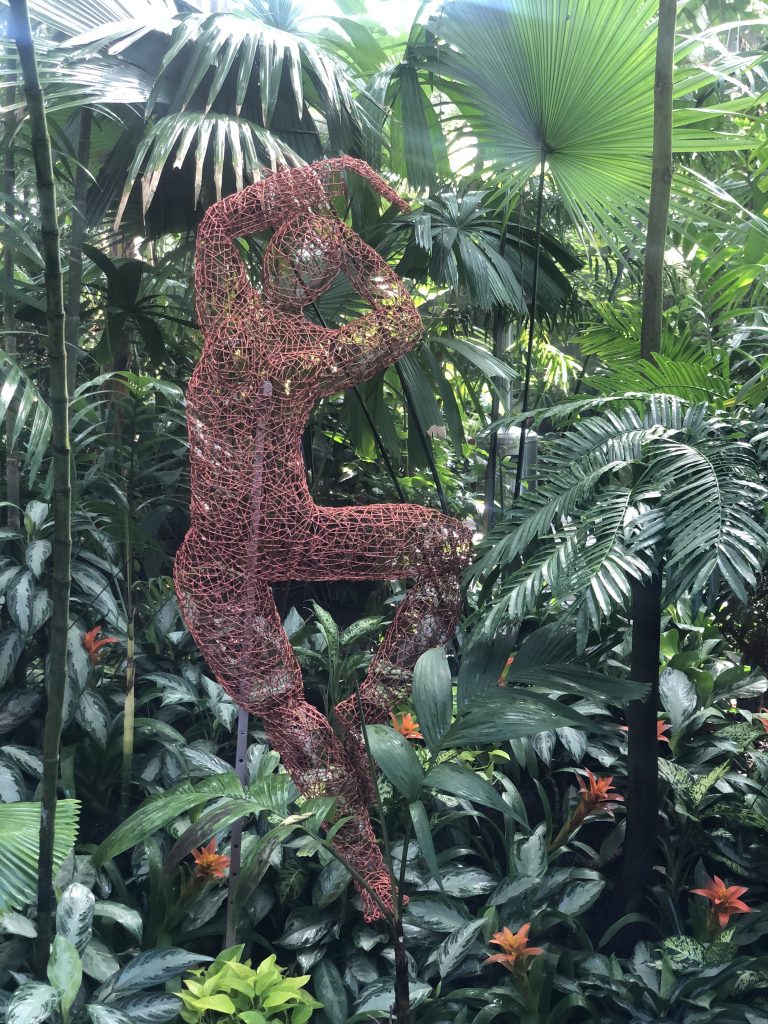 For more on the current exhibit at the Atlanta Botanical Garden, click here. 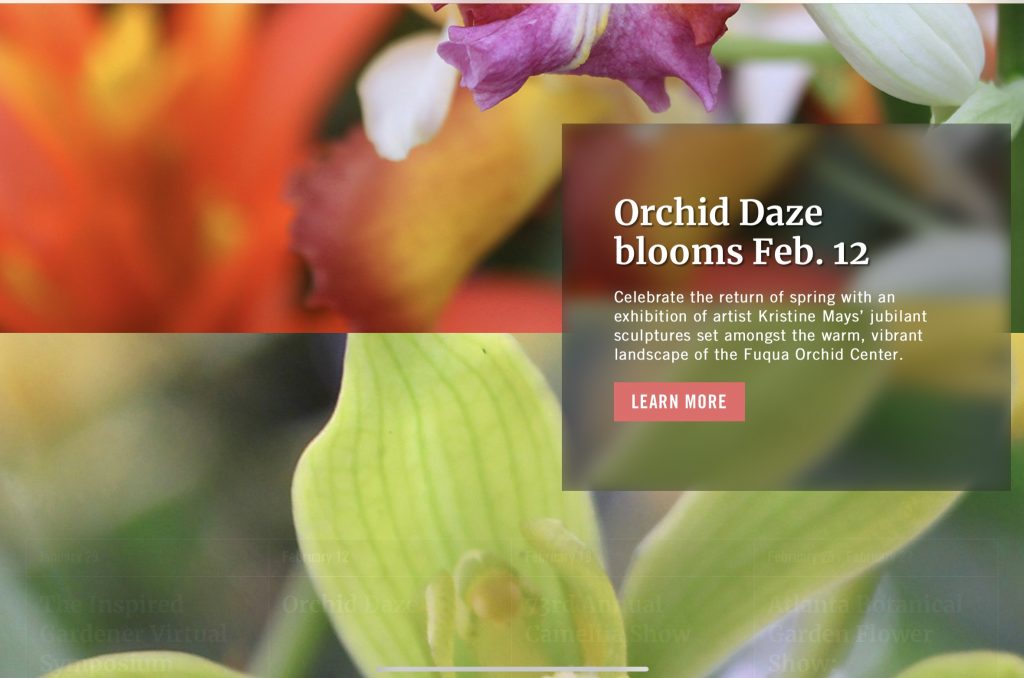