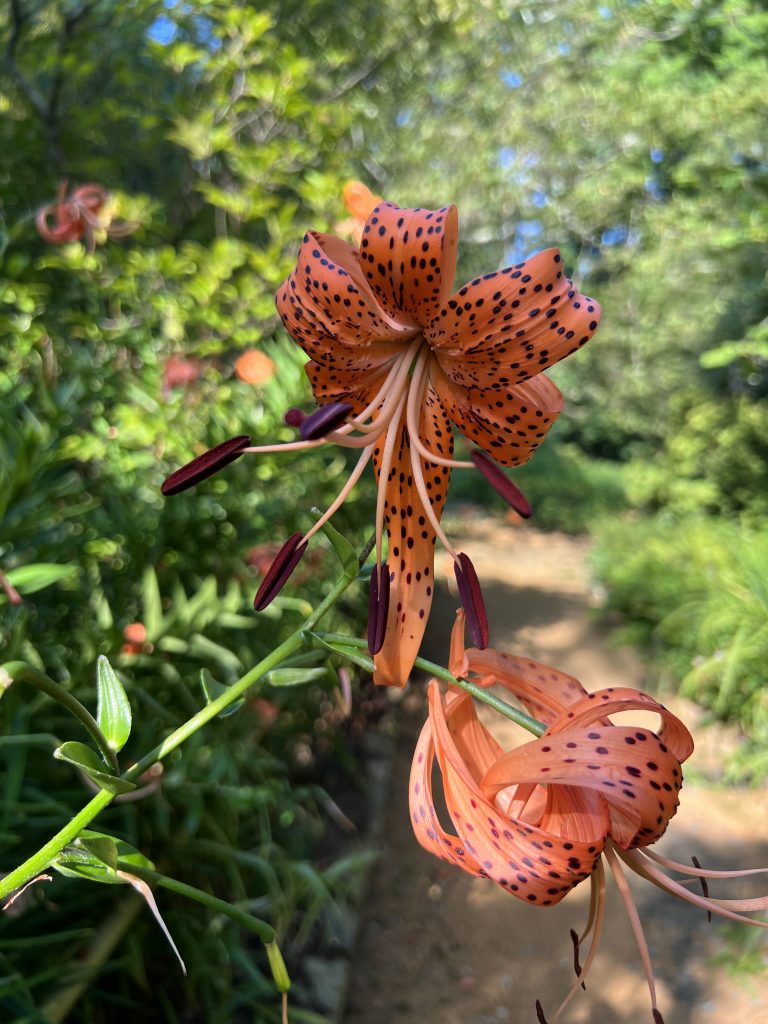 “Think of poetry as fishing. What really pulls is the fascination of touching a deep, unseen world with monofilament line. It’s wonderfully dark down there, so I can’t see what might be coming along that I can possibly hook and bring up,” writes poet Rod Jellema.

A sunset at Lake Michigan let him “catch” a glorious and strange poem I’d love to share with you today.

Why we really watched we never said.
The play of spectral light, but maybe also
the coming dark, and the need to trust
that the fire dying down before us
into Lake Michigan’s cold waves
would rise again behind us.
Our arch and witty critiques
covered our failures to say what we saw.

The madcap mockery of grading God as though
He were a struggling student artist
(Cut loose, strip it down, study Matisse
and risk something, something unseen–
C-plus, keep trying–that sort of thing)
only hid our fear of His weather
howling through the galaxies. We humored
a terrible truth: that nature gives us hope
only in flashes, split seconds, one
at a time, fired in a blaze of beauty.

Picking apart those merely actual sunsets
we stumbled into knowing the artist’s job:
to sort out, then to seize and work an insight
until it’s transformed into permanence.
And God, brushing in for us the business
of clouds and sky, really is a hawker
of clichés, a sentimental hack as a painter.
He means to be. He leaves it to us
to catch and revise, to find the forms
of how and who in this world we really are
and would be, to see how much promise there is
on a hurtling planet, swung on a thread
and saved by nothing but grace. 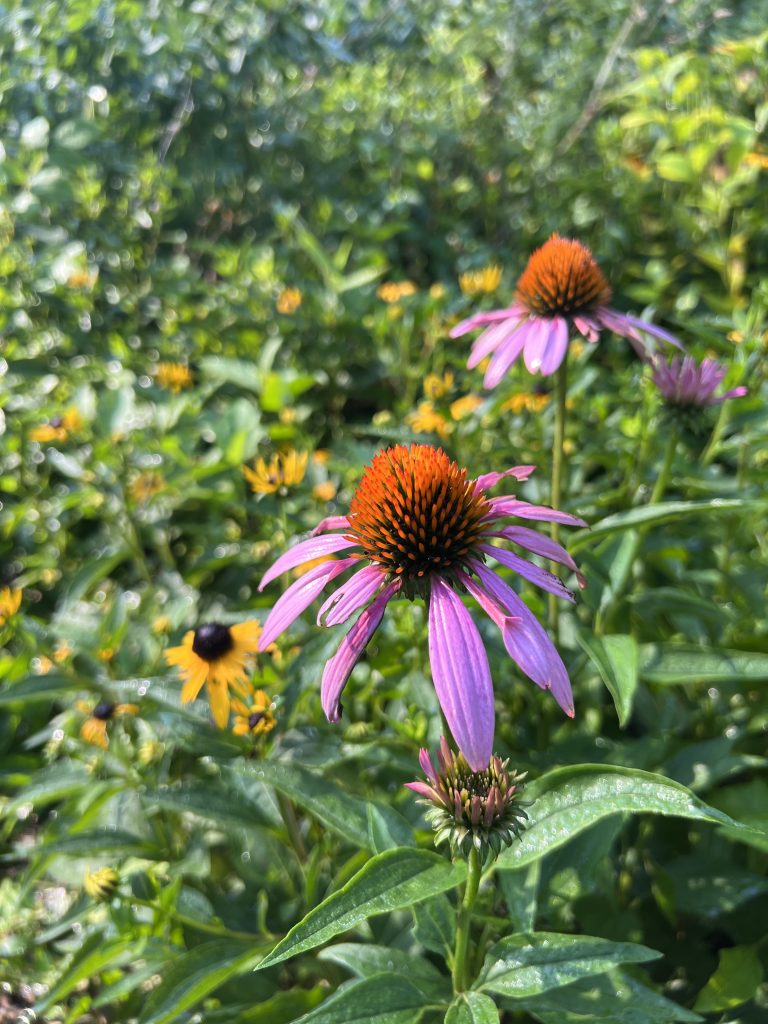 My friend LaMon Brown, who taught a haiku class through St. Mary’s Sewanee that I took last Spring, brought Jellema to my attention. You may want to subscribe to LaMon’s beautiful blog, Pathways to God. 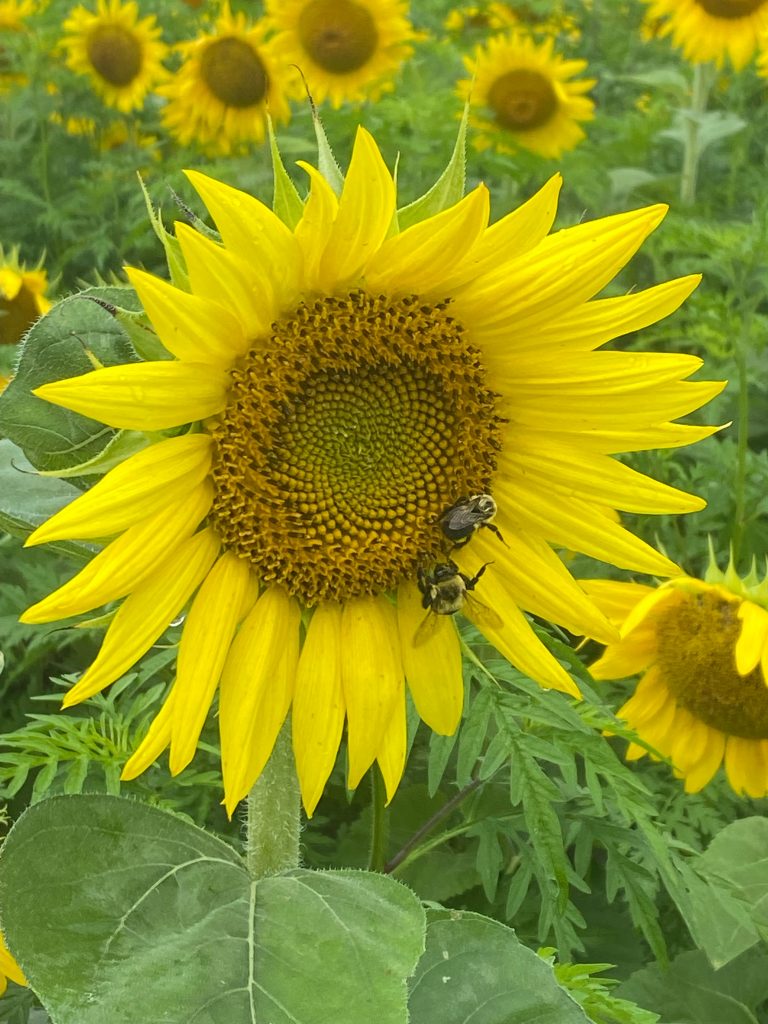 Here’s more on poetry from Rod Jellema, from the Innisfree Poetry Journal:

“For me that’s the creative process [poetry as fishing], the best way a poem of mine starts. I admit I waver sometimes in that old tension between making big affirmations or making creative discoveries. Occasionally I cheat a little and compromise. But I remind myself that pronouncing and teaching, even done cleverly or memorably, can best be done in sturdy prose; there’s a more exciting kind of language for catching.

Poems show us we can now and then move past or over or under the rhetorical and systematic language of the intellect, the kind we “understand.” Standardized speech, while it conducts our routine business, holds us in bondage. The nosy intellect likes to rise to its feet like a stern old Auntie, demanding no-nonsense “understanding.” But that fences the poem in, cripples the power of its language, reduces the poem to making what the intellect can understand.  And what it can understand isn’t much. That’s why we have arts.

Once a poem shoots over your Auntie’s back hedge and runs, it can unleash sound patterns, metrical pulses and variations, dream-logic, psychological associations, sense experience, breaks in voice, undertones, overtones, juxtapositions. When I write I notice such things coming in. I am embodying what I cannot quite understand. I have to hope the reader, not demanding a prose “meaning,” lets them happen. That’s a lot of the fascination for each of us.

Another way to say it: the process of the poem carries us into wonder. And wonder is not the doubter against science, wonder is the awareness that truth is partially hidden. I realize more and more that the fascination resides in language itself. Words. And words are not just tools, nor are they just the clothing in which to dress ideas. Words are the very body of any idea or thought I might be thinking. Like colors and shapes and shadings in paintings, like the movements of notes and chords in concertos or hot jazz choruses, the words in poems crystallize to form little incarnations. Poems are living bodies of thought and insight and discovery, the enfleshments of awareness and vision.

Because words are sources, energies, the big idea for a poem doesn’t have to be there at the start. As words flow and collide and generate more words, they carry me into what I don’t quite know but increasingly want to catch. It’s play, really, fascinating play, playing out the possibilities of words, playing out line to a fish. It happens not so much in the mind by itself. It’s playing that happens on sheets of paper or on a computer screen.

I once imagined on paper Adam – the Hebrew word for Mankind – a very human Adam who had made the first words, and now I catch him at play, fascinated,

shaping out of the stream of words
his praise and wonder,
the pictures in his head, sounds
that would speak his loneliness,
a few lines that might stay.

I think the daughters and sons of Adam, not always knowing why, are still drawn to such shaping.” 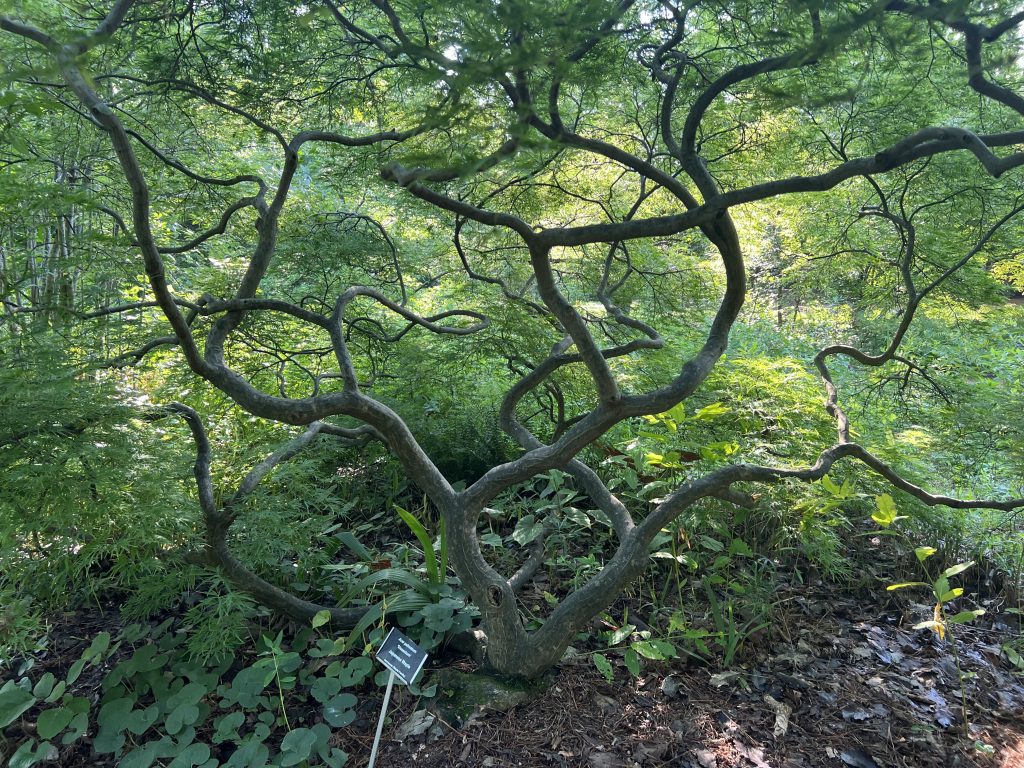 In other news, Ada Limón was named the 24th poet laureate of the United States this week. Stay tuned for more on her, perhaps next week.