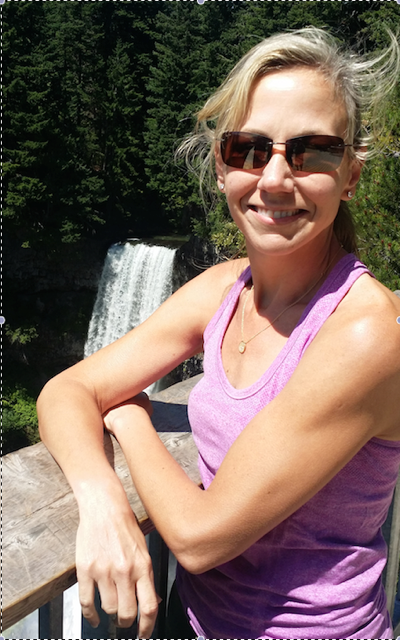 Kate Satz drove a pick-up truck to Woodmont Christian Preschool when our children were young and in mother’s day out together.  The rest of us safely trundled around in our SUV’s and minivans while Kate rocked the parking lot in that kickass truck.  I was intrigued.  I first met her in the nursery hallways, she and her husband having recently relocated from San Francisco following several years in New York.  Kate had finally brought Eric back home to Nashville, children in tow.  Lucky me, to meet her at Woodmont Christian!  A beautiful friendship began.

Over the years, we’ve spent a lot of time raising our kids and raising money for various organizations around town.  We might know a few things about each other, but we’re not telling.  Well, I can tell you a few things.  In addition to being an excellent parent and friend, Kate is a tennis ace and master chef.  She loves almonds and dark chocolate, which she eats every single day.  She enjoys folding laundry and is particularly good at it, so she claims.  I imagine she is as particular about her laundry as she is about her handwriting, which is impossibly neat and lovely.   Kate says her perfect day would include a tennis match, a few hours of gardening and a nap, followed by an evening outdoors with friends, wine, and simple food.  She claims that technology challenges her deeply, though she seems to navigate Facebook pretty well.  She loves the fact that her parents encouraged her to try a new part of the world for college (Amherst), and she’ll encourage her kids to do the same.

One of the many things I love about Kate is that she will admit it when she’s wrong.  I was getting ready for a dinner party years ago and sent her a recipe to see if she thought it sounded good.  It had Cool Whip in it, and I will never forget her horror.  HORROR.  Since then we have had a longstanding dispute as to the merits of said dairy (non-dairy?) product.  Recently she had the courage to recount to me a humbling experience for her.  She and her family were enjoying a weekend with the lovely Kaki Pulliam and her family in Mississippi, and Kaki’s mother made a lemon cake beyond Kate’s wildest dreams.  Kate was licking her plate, asking her “how on earth she did it, especially the icing, which was unbelievably light and fluffy.”  Kaki’s mother replied, “Oh honey, it’s just Cool Whip.”  The U.S. victory over Ghana is nothing compared to this.

Today, Kate shares her thoughts on Under the Wide and Starry Sea, by Nancy Horan.

This is a story of a great woman living in the shadow of a great man; bittersweet in its very conception, because the 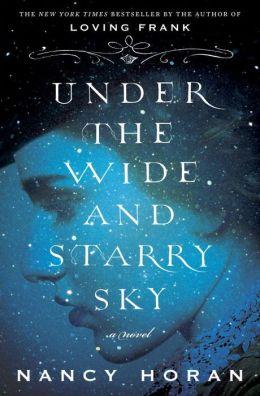 woman, long forgotten, consistently put her husband’s life and work before her own.  I can’t call this a feel-good read, because there’s real grieving here.  Yet there’s also triumph, as well as wisdom to be gleaned, in Nancy Horan’s second novel, Under the Wide and Starry Sky.  If you enjoyed Loving Frank, this will be a tremendous pleasure.

We meet Fanny Osbourne in 1875, on the run from California to Europe with three young children.  She is fleeing a feckless, adulterous, alcoholic husband at a time when a woman would rather be estranged and exiled than divorced.  Penniless, with artistic aspirations for her daughter and herself, Fanny begins her journey in Antwerp before moving to Paris.  Her pluck and resourcefulness seem indomitable, until she loses her youngest child to devastating illness.  After a mental breakdown, Fanny moves to an artists’ enclave in the south of France for a peaceful recovery.  Here she meets Robert Louis Stevenson, a then-struggling Scottish writer ten years her junior.

Stevenson lives the romanticized, peripatetic life of an artist, albeit one complicated by a lifelong battle with sickly lungs.  He falls in love with Fanny’s creative spirit, and she eventually falls for his.  Upon marriage, Fanny’s art takes a back seat as her life work becomes nursing Louis through bouts of illness, moving between California, Scotland, Switzerland, France, England, onto a chartered boat, and finally, to Samoa in search of a climate amenable to his delicate health.

Fanny’s tolerance for a spouse who, while loving, was often childishly needy in body and ego, can be exhausting. Withstanding years of violent seasickness so he could thrive, buffeted by salt water and wind, is hard to stomach.  Fanny bore her husband’s bloody, hacking coughs and sweat-soaked fevers with fearless calm, nursing him to health so he could transform his imaginative visions into Treasure Island, Doctor Jekyll and Mr. Hyde, and many more, to which she contributed ideas, criticism, and countless hours of listening while he reveled in the sound of his own voice.

The Stevenson marriage was a devoted union of two alphas when there was only room for one: a brilliant, fragile man in need of constant tending.  To be fair, Louis frequently admired Fanny’s talent, and he loved and supported her children – perhaps her daughter a bit too demonstratively.  Still, playing second fiddle wasn’t Fanny’s nature.  She, too, was an artist compelled to create a tangible legacy, but circumstances pressed her into an often invisible, supporting role.

The author suggests that Louis eventually appreciated his wife’s talents and sacrifice.  Did he?  I struggled often with this question of truth.  Horan claims this is “a novel inspired by actual events,” but writing as she does about historical people, she crosses perilously into the realm of biography.  She “occasionally put into their mouths their own written words, and included a few excerpts from Fanny’s diaries and real letters.”  Still, “numerous letters and diary entries are invented.”  Which is which?  Because the story revolves entirely around two real lives, her use of dates, places, and historical figures had me questioning every turn.  If Fanny connected to Henry James as Horan describes, this offers a substantial clue about her personality.  Or is this just a plausible fiction inserted to enrich the storyline?

Enjoy this as a portrait of a passionate marriage of creative individuals.  Muse on what it means to be an artist.  Taste the grueling tedium of 19th-century travel, and appreciate the advances in modern medicine and women’s personal freedom!   Horan speaks eloquently to all in this thought-provoking, if irksomely ambiguous, chronicle of an extraordinary life.