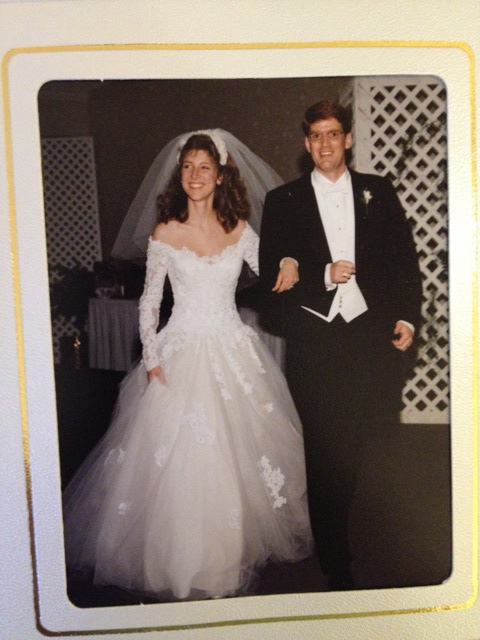 My dear husband has been humoring me for a long time.  At our otherwise very traditional wedding, I insisted that one of my friends read from a poem by Michelangelo about death.  (Said poem really had no place in a nice Southern wedding.)  Gus expressed a few concerns about the inclusion of the poem in the service but wisely deferred.  We celebrated 20 years of marriage yesterday! I continue to dig in my heels on some things, and certain eccentricities may even be a little more pronounced.  Thank you, Gus, for continuing to put up with me – generally with good cheer!

I would like to note that I’m in good company, dwelling on death. Charles Wright, a Tennessean recently named Poet Laureate of the United States, thinks a lot about mortality, too. It’s hard to know where to begin in his work, as he has written more than 20 collections of poems.  I asked Nathan at Parnassus, who knows a thing or two about poetry, to choose one of his books for me. Nathan kindly selected a beautiful if voluminous 362-page collection, Bye and Bye: Selected Late Poems.  I cannot say that I read every page, but perhaps enough to have a feeling for his work – and to choose a poem to share today.  (Nathan would be delighted to help you find a smaller collection!)

Wright was born in 1935 in Pickwick Dam, Tennessee, and has been a professor at UVA for many years now.  In interviews I’ve read, he seems an awfully agreeable and modest sort.  In his conversation with NPR correspondent Craig Morgan Teicher, Wright said that as Poet Laureate he would probably “stay here at home and think about things.”  Teicher says that this is “in keeping with the personality of Wright’s poems, which match a certain notion of what poetry ought to sound like: ‘wise,’ first and foremost, tackling big ideas such as spirituality and life and death.  They tend to approach the spiritual in an open-ended way, as though someone smart were writing a kind of improvisational Bible with a Southern twang… in which God and nature are mostly interchangeable.”

Here is to my mind one of Wright’s loveliest poems from Bye and Bye: 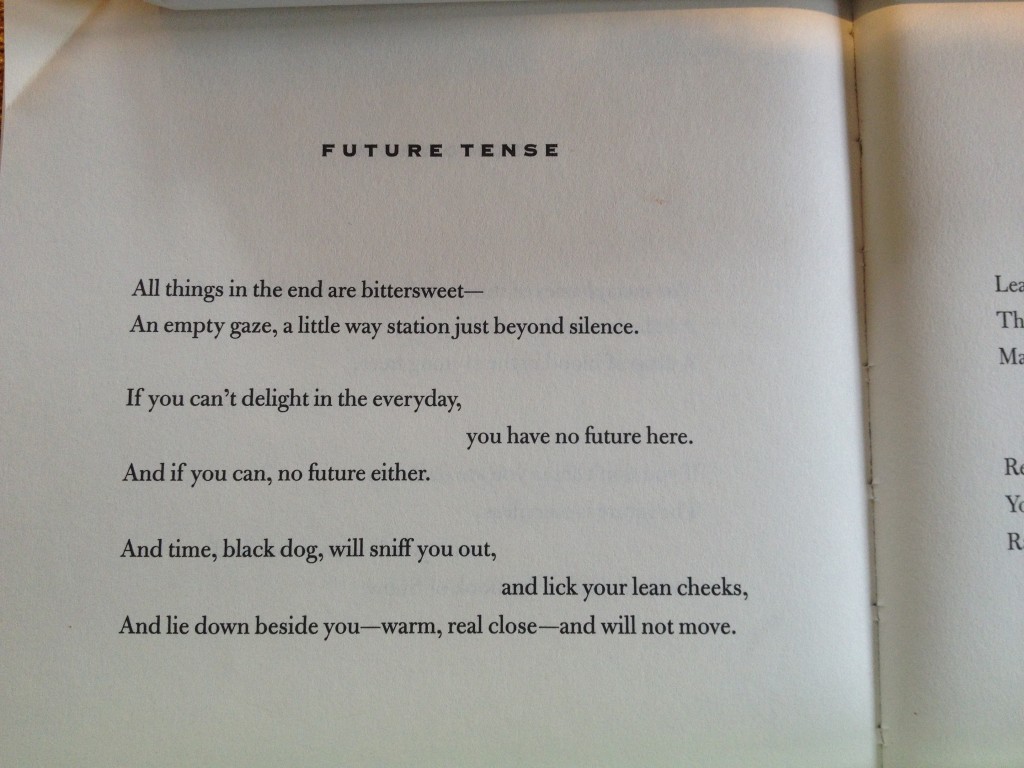 Just for fun, I’ll also share the poem read at my wedding. I learned the lyrics singing them: the Radcliffe Choral Society commissioned composer Robert Kyr to set Michelangelo’s words (translated by Elizabeth Jennings) to music.  Apologies for any wrong spacing in the poem; I am looking at the score.  Imagine modern, very dissonant music which gradually resolves and reaches heavenward.

When to my inward eyes both weak and strong
the idol of my heart appears,
I know that always in between us death will go;
It frightens me as it drives me along.
Yet strangely such an outrage gives me hope and I take courage from so rare a fate.
Indomitable love moves in great state and thus it puts its strong defences up;
Dying, It says, can never happen twice nor is one born again.
If you die by fire when you already are aflame with burning love
then death can do no harm.
Such love’s the magnet of all burning hearts,
which purged returns to God from where it starts.