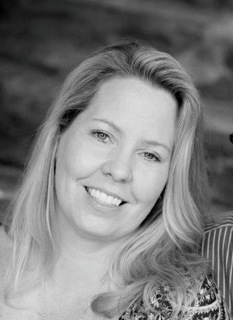 Mary Jo Shankle, my friend and neighbor, keeps it real and makes me laugh.  She claims that her special talent is knowing when to turn off the rice.  “Seriously, I have an instinct. I am also very good at intuiting possible problems with any plan. It drives many people crazy.”  Guilty pleasures include old movies (especially musicals), truffle oil, and letting the dogs on the furniture.  If you can’t find her, she might be sneaking a matinee up at Regal Green Hills.

More likely, she’s working on a fundraising project.  Mary Jo gets the job done with a smile on her face!  Two of her latest gigs include co-chairing Power of the Purse and the Seton Celebration.  She knocks herself out for Nashville Ballet and the Antiques and Garden Show of Nashville.  In her free time, she enjoys working in the yard, working out, and opening a bottle of white wine with friends or family on her beautiful porch.  If it’s the weekend, she’s likely tuned in to NPR’s shows, especially the word games.  She claims that Roget’s Thesaurus might be her favorite book of all time.  Yeats, Dickinson, and the Romantics are favorite authors.  As a child, she learned a lot from the People’s Almanac, “especially the racy parts.”

Mary Jo has fond memories of an Army childhood – “the adventure of it all” – growing up in seven different places before her family settled in Auburn for her high school years.  She and husband Steve moved to Nashville in 1995 and have lived here ever since, raising two terrific kids.  Mary Jo offers some intriguing and possibly provocative parenting advice to parents of teens: “Baby your son to make him sweet, but don’t baby your daughter or she won’t be strong.”  I don’t know a thing about raising boys, but I’d love to help my daughters grow up strong and resilient.  I’ll be thinking about this!

Today, Mary Jo tells us a little bit about what she read this summer.  From Mary Jo:

Back in May, Jennifer asked, “What’s on your reading list for this summer?”  For me the answer was easy – Delta Wedding

by Eudora Welty – a book I read almost every summer.  I cannot remember when or why I first jumped in, but I look forward to revisiting the book as I would an old friend, relishing the familiar and comfortable rhythms of conversation, and picking back up where we last left off without missing a beat.

It is a book I hesitate to recommend, however, because the question that inevitably follows is “What is it about?”  That is when I sigh, and begin “Well, the setting is September, 1923 in the Mississippi Delta and the story…

…is ostensibly about nine year old Laura McRaven (whose mother has died 6 months prior), who travels from her home in Jackson on the Yazoo-Delta train (aka, the Yellow Dog), to visit her extended kinfolk, the clamorous and clan-orous Fairchilds, for her cousin Dabney’s wedding.

…is ostensibly about the family darling, George Fairchild whose “upstart” wife Robbie Reid (always referred to by her maiden name by the Fairchilds) has left him because he was nearly run down by the Yellow Dog when he remained on the trestle to free the caught foot of weak-minded, mean spirited cousin Maureen. George’s relationships with his relatives is complex, and his characterization is intricate, even though we never hear from him directly.

In essence, however, Delta Wedding is a portrait of People and of Place.  Simply, it is about the Fairchilds and it is about the Delta of the 1920’s.  It is a story told through overheard thoughts and unspoken soliloquies of the nearly two dozen family members, most of whom have a distinct description and voice.

Welty’s vivid imagery and charming nuance of language transports the reader.  The book is full of sounds, sights and scents.  Her description of the Fairchild’s general store, the cemetery, the family dining room and kitchen, the two other Fairchild homes (The Grove where “it was eternally cool in summer” and the deserted Marmion that has “the strong fearless fragrance of a thing nobody has been to see”) are spot-on evocative.

The world of the Fairchilds and their main home Shellmound is rarely silent, rarely still.  It is a place where giggles, squeals, and occasional sighs of ennui drift down from the second floor, a place where children and house guests bolt loudly up and down the stairs, a house of sleeping porches, lazy yard dogs, too much supper on the table, water coolers on the back porch, june bugs tethered to a chair by a string, grating coconut and grinding almonds for a cake, a place of goldenrod, passion flowers, smilax, ablelias, yucca bells, trumpet vines, lemon lilies, sweet peas, and cosmos, a place of pet terrapins and box turtles, a place where “the clock was striking one which meant seven,” a place where “Lady Claire seemed tired, company always was,” a place where the bayou “had a warm breath like a person”…“like a mirror that was time-darkened, no longer reflecting very much, but an entity in itself,” and the water “was quieter than the land anywheres,” a place where “the cotton like the rolling breath of sleep overflowed the fields.”  The very Delta itself “where most of the world seemed sky” is a character.  It is a place where even the air and light have substance…“and she thought…in the Delta, all the air everywhere is filled with things – it’s the shining dust that makes it look so bright.”

The actual characters in the book span three generations of Fairchilds, the recent of which contain eight children…Shelley (the oldest daughter about to embark on a trip to Europe), Dabney, Orrin (the oldest son), Roy (who still shivers at the sound of the hounds in the night), Little Battle, Ranny, India (Laura’s favorite cousin who is also nine “who kept her mother informed about what everybody was doing at all times”), and the baby, Bluet (such a sweet portrayal..I want a Bluet!)

Battle and Ellen are master and mistress of the clan, and other sundry relatives come and go – the spinster aunts, Jim Allen and Primrose who live at the Grove and who “in their pinks and blues looked like two plump hydrangea bushes side by side;” the old, widowed great-aunts, Shannon who prefers to converse with dead people over those in the room, and Mac who washes and irons the payroll every week; the sometimes insufferable Aunt Tempe, just blown in from Memphis and who in Ellen’s estimation is “always further beside herself that she needs to be;” addled minded cousin Maureen who “likes to spoil things” and who lives at Shellmound because her father is dead and her mother is insane;—and various other friends, rejected beaus, BFF girlfriends, the preacher, house servants and field hands.

Make no mistake, if you are patient enough to stick with the book, the Fairchilds will seduce you and you will become involved.  Even as you linger in their world, simply enjoying your surroundings you will probably find yourself wondering, will George and Robbie make up?  Will Dabney and Troy actually tie the knot?  Will the bridesmaids’ shepherdess crooks arrive from Memphis in time??  And, will Laura remain at Shellmound to live with the Fairchilds or return to her father in Jackson?  The book begins and ends with Laura.

So as I urge you to immerse yourself in the world of Delta Wedding, I also entreat you to read it (preferably in the heat of summer on a porch swing or lawn chair) s.l.o.w.l.y without rushing to get to a part where something ‘happens.’  As one reader observed, “the meaning of the novel only becomes visible when close read like a poem.”  If you are a skimmer of stories, interested only in plot and denouement, this is NOT the book for you.  Yet, if you want to be transported to a distant yet very real and somehow familiar place and time, described in beautiful imagery and language, you will enjoy it.  Lastly, if you aren’t blessed (cursed?) to be part of an overabundant, complicated, exhilarating, exhausting, passel of a southern family like the Fairchilds…at least while you wander within the pages of this book, you can imagine that you do.

A family tree comes in very handy when reading Delta Wedding for the first or second time so you keep the cast of characters straight.  You can find one here: