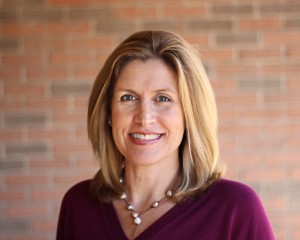 Amy Norton is the kind of friend you want to take a long walk with, especially if you’ve got something on your mind.  She thinks deeply, speaks kindly, and walks gently in the world.  If she’s not working or managing the family, you’ll often find her walking in the park or neighborhood with a friend, her husband, one of the kids, or her yellow lab Stella (fondly named after one of her favorite brews).  Lucky for the dog, Amy discovered Sweet Water 420 a bit later.

After a long and amazing run as managing editor of StyleBlueprint, she has recently moved over to GiANT Worldwide, where she consults with individuals and organizations on topics like leadership, self-awareness, and communication.  “What I love is helping people and teams understand what their personality wiring is and where the blind spots are so they can be aligned externally and communicate and connect well in their relationships.  One way to look at it is that I am helping people make adjustments at the foundational level of personality so that they can live pain-free,” Amy says, with that soft glow of hers.  “I’m kind of like a chiropractor,” she laughs.

Amy’s dear friend Beth McRae says Amy is a model of quiet personal discipline:  “Though not judgmental of quirky and inconsistent habits her friends may have, Amy’s own habits are steady and disciplined.  I love sharing time with her because she models all the virtues of regular exercise, healthy eating, balancing hard work during the day with rest at nighttime.  I’m always impressed and inspired (and even comforted) by the steady way she moves through the world.”

Today, Amy reviews a compelling new novel about a young woman who never does learn to be steady.

Mississippi is fertile ground for fiction.  And as a native Mississippian and an avid reader, I’ve always had a keen interest in literature produced in my home state.  Eudora Welty left an indelible impression on me as a young adult, and I’ve wrestled with William Faulkner over the years with varying degrees of success and failure.  Donna Tartt has kept me on the edge of my seat, as has Greg Iles.  And John Grisham, before he sold out to Hollywood, kept me entertained on vacation on occasion.  Willie Morris, Jesmyn Ward, Larry Brown, many others I’m forgetting – all authors who, in some form or fashion, help keep me connected to my roots.  Catherine Lacey I now include in that growing list, as well.

About this time last year, I happened to be back home in Tupelo for the funeral of a beloved great aunt, where I ran into an old friend who told me his daughter, just a child when I last lived there, was about to have her first novel published.  His pride was obvious and deserved:  Catherine Lacey is young, but she’s got a sharp mind and a deft, expressive talent which has left me willing to ponder the nature of grief and loss. 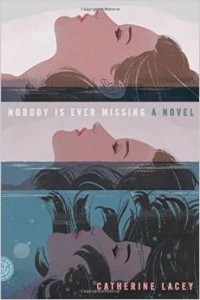 Nobody is Ever Missing is the story of a young woman grappling with profound loss – the suicide of her adopted sister – who attempts to disappear herself from life as she knows it.  When Elyria recognizes that “nothing is clear or easy to me anymore,” without a word to anyone and carrying only a backpack, she leaves home, husband and job and takes a one-way flight to New Zealand in search of a poet she met once in Manhattan.

Like the author, the protagonist, Elyira, is a twentysomething living in New York.  She is a soap opera script writer for CBS, and married to the math professor who was her sister’s teacher.  With an alcoholic mother and an absentee father, both of whom abdicated their parental responsibilities long ago, we learn quickly that Elyria suffers from the kind of familial malnutrition that must have surely given rise to the notion that “truth is stranger than fiction.”  Elyria idolizes her sister, a true and tortured genius; and though Ruby is the one she feels most emotionally connected to, Elyria also feels a tremendous sense of pressure and disappointment – both self-imposed and from her mother – over never being able to measure up to her sister’s academic gifts.

In a winding, near-stream-of-consciousness narration, we learn about her dangerous hitchhiking adventures and the strange and kind characters she meets along the way to losing herself.  Her often-harrowing experiences ought to make her feel afraid, or at risk, but they do not.  The pain of her life has somehow untethered her from the ability to feel and process, and her modus operandi throughout the novel seems to be focused on keeping the angry wildebeest inside her at bay.  Along the way, there are some “almost-human” moments where Elyria feels “tears building up behind my eyes, bubbling there, humming like a teakettle before it boils.”  But that’s as far as she is able to go – she never experiences any kind of catharsis or reattachment.

In the soap opera version of this story, one would expect the eventual discovery of the poet to be the climax, where Elyria retreats, processes her grief, connects with herself and returns to New York and her life.  She does find the poet, and we do learn some truth when he challenges her inability to cope: “I don’t want to find myself, I said, but I don’t think he heard me.”  But, it is a nearly-fatal encounter with a sting ray in New Zealand that is the catalyst for her return to New York, which forces the narrative arc to its conclusion.  And yet, there is still no sense of resolution.  We are left with an image of Elyira having travelled great distances, only to land in much the same mental place as where she started.  No neat and tidy closure, only a feeling that she is still the self-described “lost small animal with a passport.”

Catherine Lacey’s novel is a worthy read, not for the sake of entertaining escapism we often seek, but for her ability to wrestle with and articulate, through the voice of her main character, what grief and loss really look like.  Elyria says and does things that, in polite culture, we are not supposed to say and do.  Her story helps us see how un-pretty grief is and how it can challenge and change us.  And how, when left unchecked, the collateral damage and consequences can be irreparable.  She makes the private public.  And it’s uncomfortable. But, in my estimation, that is the value of art.  I like what American theatre director Peter Sellars says: “Art gives you a way not only to recognize beauty but to recognize pain.”  And recognition, though perhaps not for Elyria, brings us one step closer to healing.