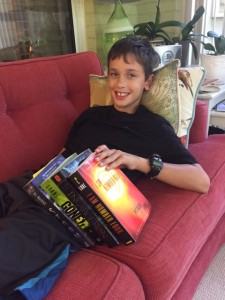 It’s pretty helpful to have a twin along for the joyride that is middle school, especially one who can help you figure out how the other half thinks!  My niece and nephew have each other’s backs.  This past week, they gave me some advice on good books for kids their age.  We spent a morning at Quail Ridge Books, in Raleigh, NC, where the kind and patient bookseller Nancy brought them each quite a few books to consider (it was a tough crowd). 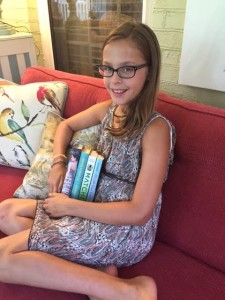 Drum roll please… here are Evan and Audrey’s top picks!  What I can tell you about these books:  the first 5 or 10 pages are enough to hook you; it’s not embarrassing to be seen with these books; and a knowledgeable independent bookseller considered each age-appropriate and a good read. 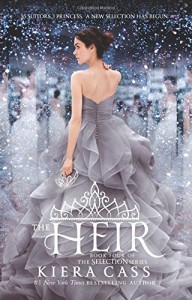 The Heir, by Keira Cass

“Kiera Cass’s #1 New York Times bestselling Selection series has enchanted readers from the very first page.  In this fourth romantic novel, follow Illéa’s royal family into a whole new Selection – and find out what happens after happily ever after.”  (Amazon.com)

See KeiraCass.com for more on the series.  Audrey has read all three of the earlier books this summer and says they’re fantastic! 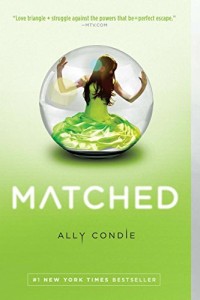 “In the Society, Officials decide.  Who you love.  Where you work.  When you die.  Cassia has always trusted their choices, but she begins to question just how perfect her world really is when she notices things are not what they seem.  As Cassia begins to doubt the Society’s infallibility, she is faced with an impossible choice: between Xander and Ky, between the only life she’s known and a path that no one else has dared to follow.”  (AllyCondie.com) 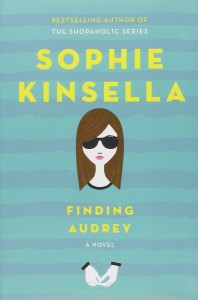 “Audrey is a teenage girl suffering from Social Anxiety Disorder.  She has experienced bullying, and as a result has become virtually a prisoner in her own home.  This is the story of her journey to recovery, with the help of a boy named Linus.  It’s sad in places, but funny and romantic too.” (SophieKinsella.com) 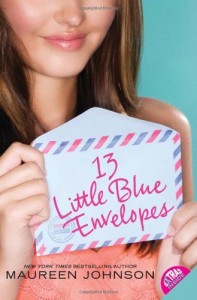 “…the mild-mannered and quiet Ginny (who’s barely made it out of New Jersey before) finds herself running from London to Paris to Rome, and beyond…

As time goes on, Ginny realizes that her aunt has sent her on a mission, and that there is something big waiting for her in the thirteenth envelope.  All she has to do is make it from place to place and complete all of the tasks that have been set before her.”  (MaureenJohnsonbooks.com) 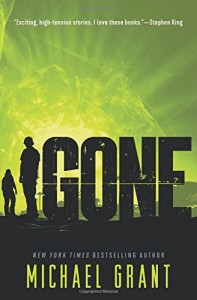 “Suddenly it’s a world without adults and normal has crashed and burned. When life as you know it ends at 15, everything changes. There are no adults, no answers. What would you do?

Those left must do all they can to survive.”  (Michaelgrantbooks.co.uk)

This is the book Evan started reading first! 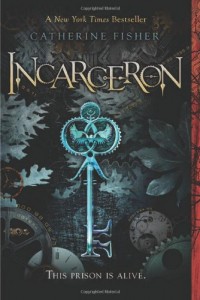 “Imagine a living prison so vast that it contains corridors and forests, cities and seas.  Imagine a prisoner with no memory, who is sure he came from Outside, even though the prison has been sealed for centuries and only one man, half real, half legend, has ever escaped.  Imagine a girl in a manor house in a society where time has been forbidden, where everyone is held in a seventeenth century world run by computers, doomed to an arranged marriage that appals her, tangled in an assassination plot she both dreads and desires. One inside, one outside.  But both imprisoned.”  (Catherine-Fisher.com) 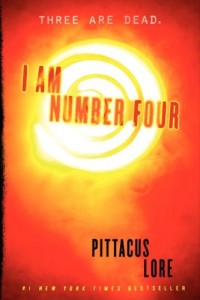 I am Number Four, by Pittacus Lore

“In the beginning we were a group of nine.

They caught Number One in Malaysia.
Number Two in England.
And Number Three in Kenya.

The Mogadorians want to finish what they started.
But they’ll have to fight us first.”  (Iamnumberfour.co.uk) 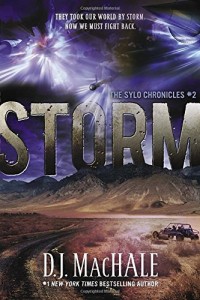 “After a harrowing escape from the SYLO occupied Pemberwick Island, Tucker Pierce and his surviving friends have finally reached the mainland, only to find that no one is left.  The once bustling seaport city is deserted.” (djmachalebooks.com)

The first book in this series is Sylo.

About today’s readers:  Audrey’s favorite food (if you include desserts – which of course we do!) is mint chocolate chip ice cream from Goodberry’s.  On a rainy Saturday, you’ll find her reading or watching TV, and she really likes the movie “Pitch Perfect.”  She’s good at writing and flute and would like to be better at tennis.  Math and memorizing can be a challenge, she says with a smile.  To find a new book, she goes into the “teen fiction” section and browses around; she also likes to know what her friends are reading.  Lately, she’s loved the Selection series.  It’s “original,” she says, “full of action but still a little romantic, which I really liked.”  When I asked her whether she thought childhood or adulthood would be more fun, she considered for a moment and then declared it a tie: “Childhood is more fun, but in adulthood you have more freedom.”

If he could, Evan would eat banana pudding “every day, every meal.”  On a rainy Saturday, he likes to ride his bike in the rain or just chill out, maybe read.  He’s good at math and baseball and would like to be better at drawing and guitar.  Sometimes writing challenges him, especially “when it’s hard to think of an idea.”  He finds his next book by reading the back covers, browsing on the web, or getting recommendations from friends.  Favorite books include the Percy Jackson and the Heroes of Olympus books, the Harry Potter series, Out of my Mind, Because of Mr. Terupt, the Divergent series, and the Hunger Games series.  He thinks it’s more fun to be a child, since you’ve got to have a job as an adult and you don’t have as much free time. 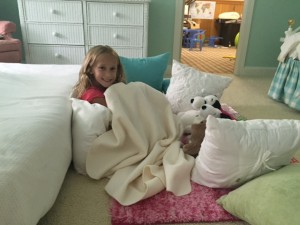 Little sister Claudia is currently working her way through the Biscuit books.